Science Behind Virus: How do scientists track the genetic evolution of coronavirus?
By Yang Zhao, Yang Xiao 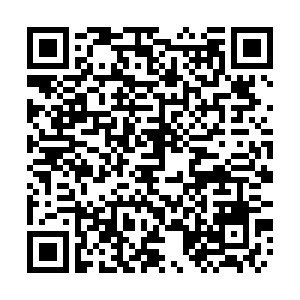 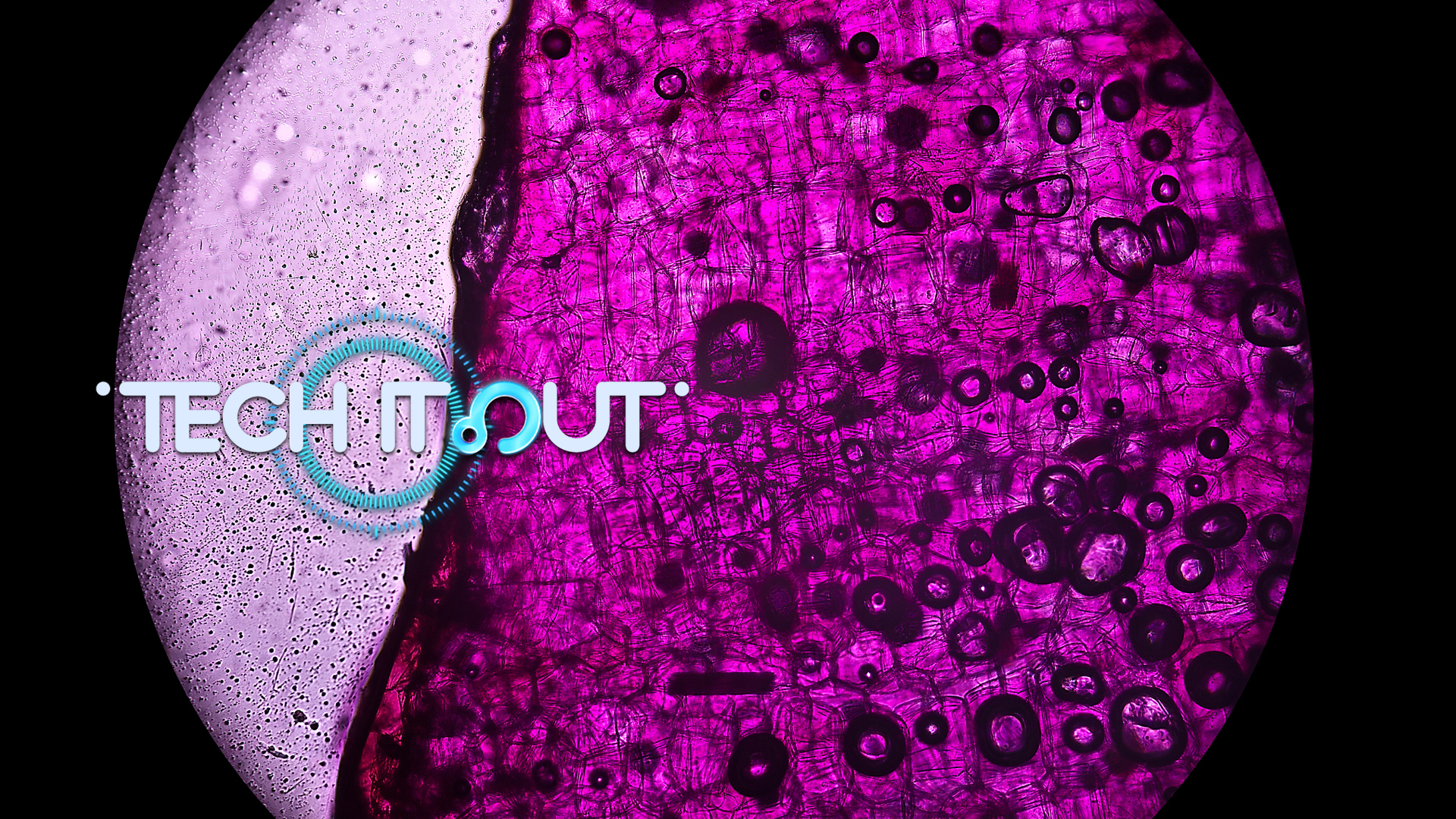 As scientists around the world are trying to beat COVID-19, some are looking back to identify the patterns in the evolution and spreading of the new coronavirus, the virus that is believed to cause the disease.

Viruses evolve by mutating, which is something like the game of "telephone." Players pass on a simple word, such as "name," one to another. The more it's passed on, the more likely it is to be misheard thus misunderstood. As soon as this happens, the word can never go back to the original. So it could, for instance, go from "name" to "fame" to five", among others.

This is pretty much how a virus mutates. Think of its genetic material as a sequence of letters and some of them can change over time. Scientists are doing whole genome sequences of the virus, in order to know how they might look over time. What they need to do is find out how the virus has most likely evolved.

For example, we have four virus samples acquired from four different patients. RNA sequencing allows us to locate genetic differences among those samples.

Let's say it turns out like this: samples A and B share the same mutations, samples C and D have mutations in unique spots, though C has two spots identical to A and B, which makes C genetically closer to A and B than D does. 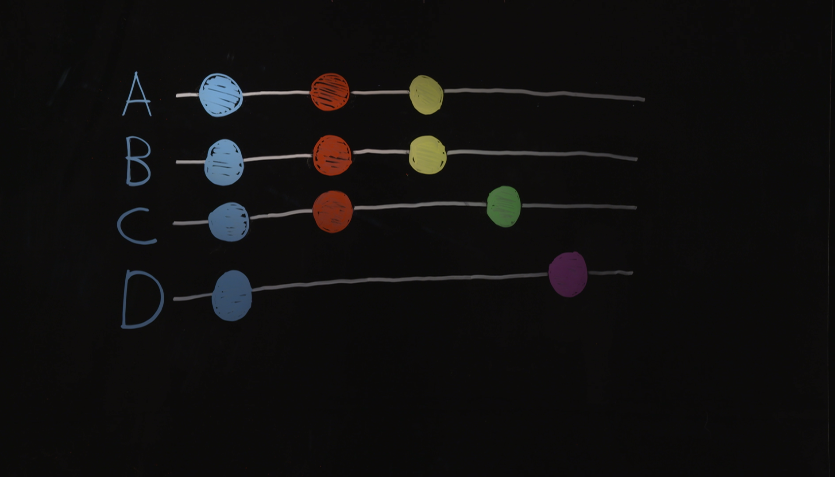 And you may also observe that mutations in some spots just show up more frequently than others. For example, all the four viruse samples share the same mutation in the same position, suggesting common ancestry. 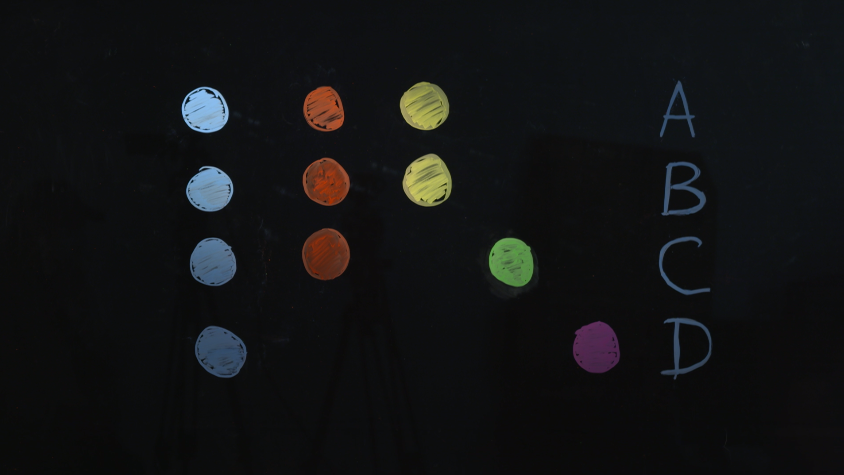 Based on these principles, scientists can build up a genetic tree for those four samples. Apparently, samples A and B are genetically identical, coming from the same family. For C, it is closely related to A and B, though it looks slightly different from them at the green spot. But D is bit like a distant relative, it has a unique mutation at the purple spot and only shares a remote common ancestor with A, B and C. 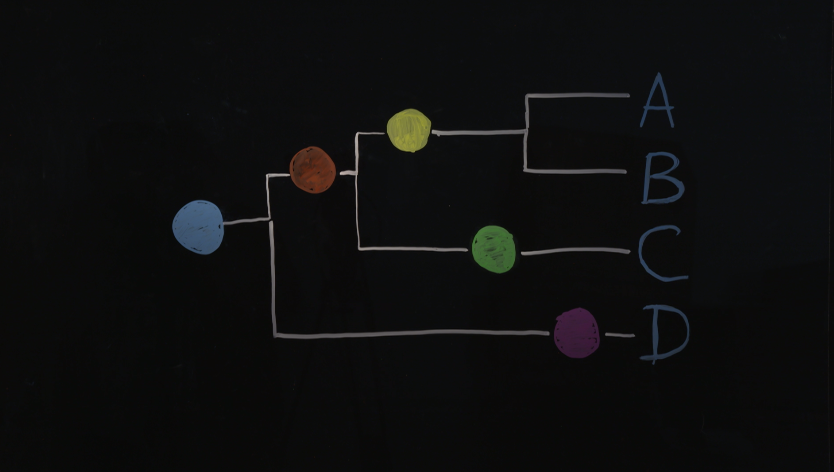 It's not over. To show the bigger picture of virus evolution and transmission, scientists will organize samples on this tree according to the date and location they were taken. It would look like this. 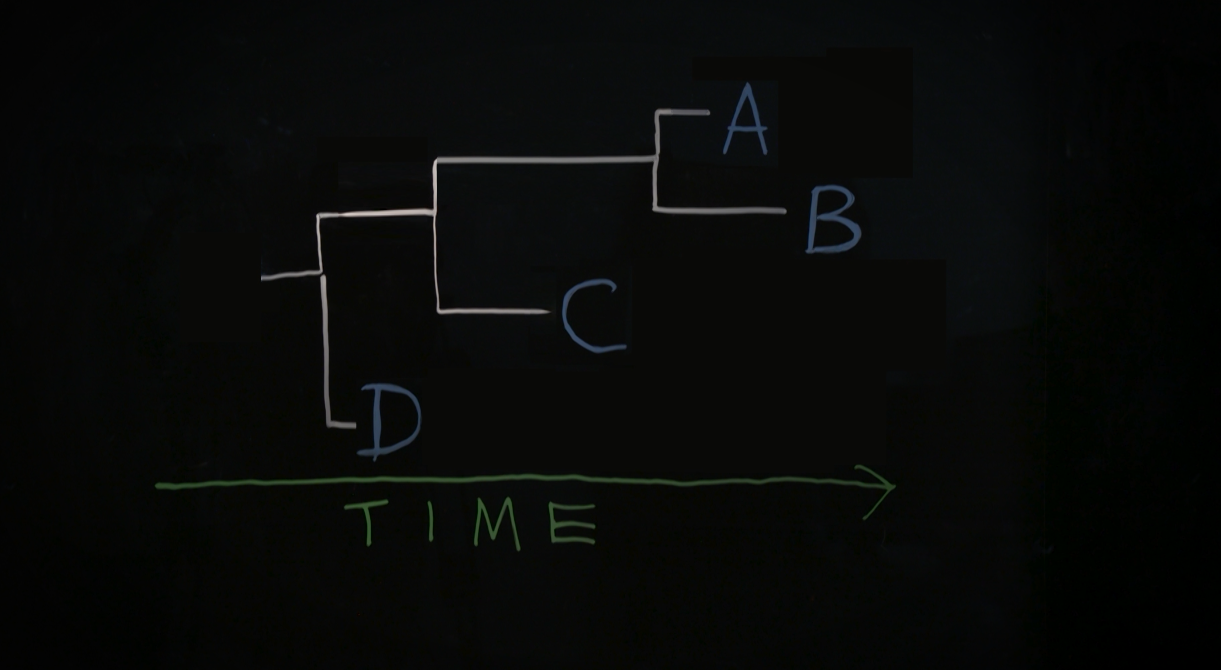 When scientists get to know how the virus has evolved, and when and where cases have originated, they can figure out the transmission chain, where patients will show up in the same cluster due to the genetic similarity of the viruses that infect them. 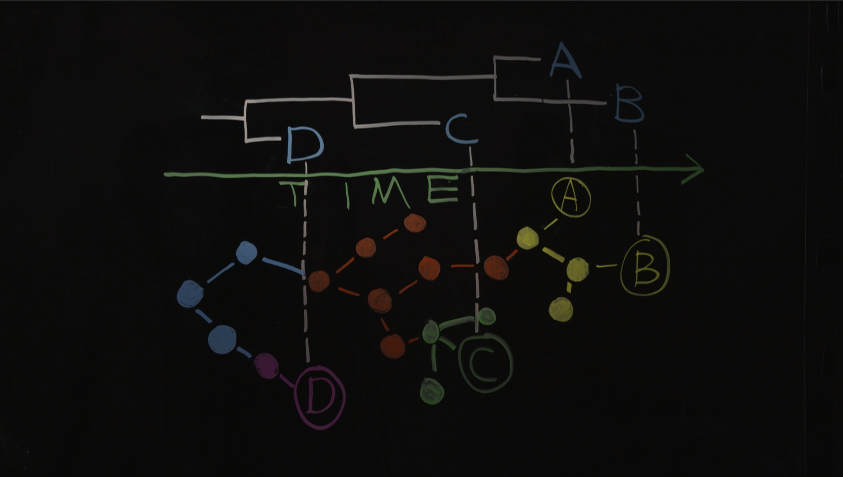 Now, you may ask, wouldn't it be great if we could have more sequences of viral genomes like that, so we could finish the puzzle. You are right there!

With more cases, you can imagine how big and detailed this chart could become. This is just a simple demonstration where only four samples have been involved. And this is how a transmission chain looks like based on more than 5,200 samples. 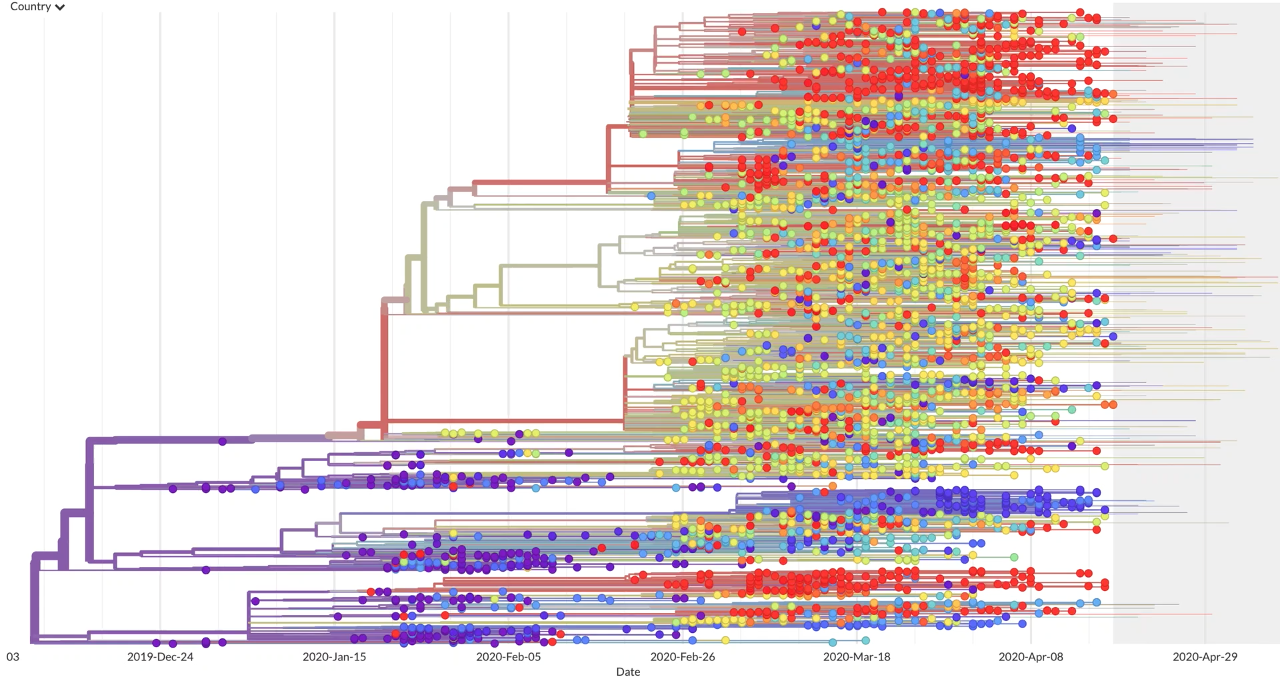 So what does genetic tracking tell us about this new coronavirus, SARS-CoV-2？First, it is mutating at a relatively slow pace, compared to the seasonal flu. It seems to have a mutation rate of less than 25 mutations a year, while seasonal flu has almost 50 mutations a year. So this is a good news. Fast changers like flu can easily evade a vaccine. So this new virus gives us more time to develop a long-lasting vaccine.

Second, the earliest virus samples from Wuhan contained relatively few genetic variations. Most of them are what scientists call the "L-type." A research published in the peer-reviewed Cell scientific journal speculated the novel coronavirus didn't experience too many mutations. "This seemingly recent common ancestry does not exclude a pre-outbreak period of cryptic transmission in humans," it read. In addition, it also highlighted the remarkable job the public health authorities in Wuhan did to control the first cluster of cases. Strict physical distancing measures put a lot of pressure on the virus, preventing it from becoming more aggressive.