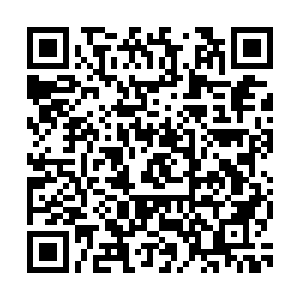 Lam said in a letter to residents that the national security legislation will solidify the "One Country, Two Systems" principle, under which Hong Kong has a high degree of autonomy.

Lam added that Hong Kong had witnessed rampant activities of "Hong Kong independence" organizations and violent radicals as well as blatant interference by external forces. The decision aims to prevent, stop and punish acts and activities endangering national security and to help the city to restore peace and safety.

Over the past year, the Hong Kong community has been traumatized. Violence by rioters has escalated, with illegal firearms and explosives posing a terrorist threat. The opposition forces and organizations advocating "Hong Kong independence" and "self-determination" have blatantly challenged the authority of the Central Authorities and the Hong Kong Special Administrative Region (HKSAR) Government, said Lam.

Meanwhile, external forces have intensified their interference in Hong Kong's internal affairs, passed laws relating to Hong Kong and flagrantly glorified the illegal acts of radicals, all of which seriously jeopardize our nation's sovereignty, security and development interests. Hong Kong has become a gaping hole in national security and our city's prosperity and stability are at risk, she continued.

Lam stressed that the decision now by the National People's Congress to establish and improve the legal system and enforcement mechanisms for the HKSAR to safeguard national security from the state level in accordance with the Constitution of the People's Republic of China and the Basic Law is an exercise of the authority and duty of the central authorities.

It also demonstrates the commitment of the central authorities to fully and accurately implement "One Country, Two Systems" as well as their care for Hong Kong people. There is both the need and the urgency for legislation, the constitutionality, lawfulness and reasonableness of which are beyond doubt, she added.

"The legislation by the Central Authorities for the HKSAR to safeguard national security aims to enable Hong Kong society to find a way out of the impasse, restore stability as soon as possible and resume development of the economy and livelihoods. I appeal for your full understanding and staunch support for the Decision passed by the National People's Congress," said Lam.