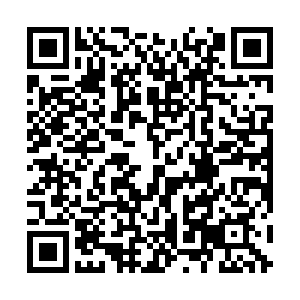 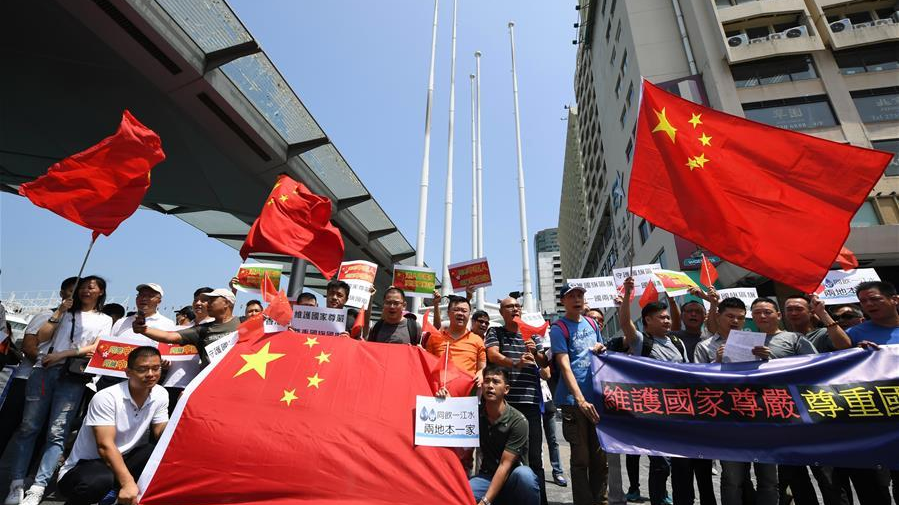 Editor's note: The article was first published in The People's Daily on May 29. The article does not necessarily reflect the views of CGTN.

On May 28, the third session of the 13th National People's Congress voted to pass the Decision on Establishing and Improving the Legal System and Enforcement Mechanisms for the Hong Kong Special Administrative Region (HKSAR) to Safeguard National Security. Hong Kong and the international community are paying close attention to this institutional arrangement. Why should the legislation be carried out at the national level? Will it erode Hong Kong's high degree of autonomy? In response to these questions, the National People's Congress and departments involved in the legislative process have the answers.

1. Why should the legislation be carried out at the national level?

At present, the activities of hostile forces inside and outside Hong Kong have caused real damage to China's national security. In particular, the anti-amendment movement staged last year further highlights the risks faced by Hong Kong in maintaining national security.

Due to the pernicious obstruction and interference by the anti-China separatists in Hong Kong and hostile external forces, the legislation of Article 23 of the Hong Kong Basic Law has remained a sticky issue. Meanwhile, some provisions of Hong Kong's existing laws that could have been applied to maintain national security have long been in a state of hibernation. Hong Kong has become an obvious weak link and short board in maintaining national security for its inapt institutional structure, a lack of professional task forces, and hamstrung law enforcement.

National security cannot be left "defenseless," and we will not sit back as hostile forces inside and outside China use Hong Kong as a tool to rampantly separate the country, subvert the state, organize acts of terrorism, and interfere with Hong Kong affairs. In this scenario, it is a must-do for Beijing to pass the legislation at the national level, because there is no other way.

2. What is the relationship between this new law and the legislation of Article 23 of the Hong Kong Basic Law?

Article 23 of the Hong Kong Basic Law provides that Hong Kong shall enact laws on its own to prohibit seven types of acts that jeopardize national security. However, since the return of Hong Kong to China more than 20 years ago, due to the pernicious obstruction and interference by the anti-China separatists in Hong Kong and hostile external forces, the legislation of Article 23 of the Hong Kong Basic Law has remained a sticky issue. Given the current situation in Hong Kong, it is imperative to establish and improve the legal system and enforcement mechanism for the HKSAR at the national level to safeguard national security.

3. What are the basic principles of this legislation?

The basic principles include: (1) resolutely safeguard national security; (2) uphold and improve the policy framework of "One Country, Two Systems"; (3) insist on rule of law in the governance of Hong Kong; (4) resolutely oppose foreign interference; (5) and protect the legitimate rights and interests of Hong Kong people.

4. What approach will be taken?

After thorough deliberation and communication with relevant stakeholders, it was proposed to adopt a two-step legislative approach featuring a decision in the first step and legislation in the second.

In the second step, the NPC Standing Committee, as mandated under the Constitution, the Basic Law of Hong Kong and the decision of the National People's Congress, with reference to the realities of the HKSAR, will formulate relevant laws and include them as Annex III into the Hong Kong Basic Law, which will be announced and enforced by the HKSAR.

5. Will it encroach on the rights and freedoms of Hong Kong people?

Hong Kong will not return to peace until the separatists, gangsters, rioters and outlaws are brought into justice. The decision mandates the Standing Committee of the National People's Congress to formulate relevant laws, targeting only a minority who seriously endanger national security, rather than the majority of ordinary people who abide by the laws and regulations. Therefore, it will not affect the rights and freedoms of most Hong Kong people. 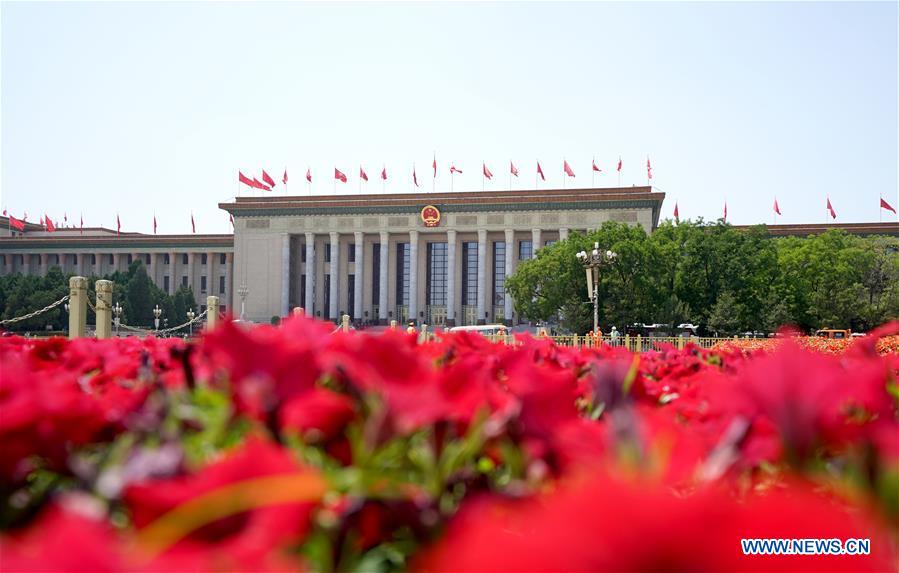 6. Will it erode Hong Kong's high degree of autonomy?

The national security legislation is within the central government's authority. The decision made by the National People's Congress is a way of exercising its indisputable authority and fulfilling its responsibilities in safeguarding national security in accordance with the Constitution and the Hong Kong Basic Law.

This institutional arrangement will effectively maintain the national security in the HKSAR, consolidate and expand the legal, political and social foundations of "One Country, Two Systems," and will not affect Hong Kong's high degree of autonomy.

7. Does it violate the policy framework of "One Country, Two Systems"?

8. Will it increase the instability of the Hong Kong society?

One of the important reasons for the serious social turmoil caused by the anti-amendment movement last year is that Hong Kong has serious legal loopholes and flawed practice in maintaining national security. This is something that the Hong Kong society is keenly aware of after paying a hefty price. Only by safeguarding national security and consolidating the foundation of "One Country, Two Systems," can the fundamental interests and well-being of the people of Hong Kong be guaranteed, and can Hong Kong society enjoy long-term peace and stability.

When formulating relevant laws, the Standing Committee of the National People's Congress will consult the people of all walks of life in Hong Kong in an appropriate manner, and solicit opinions from its Committee for the Basic Law of the HKSAR and the HKSAR government.