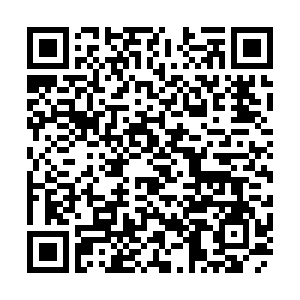 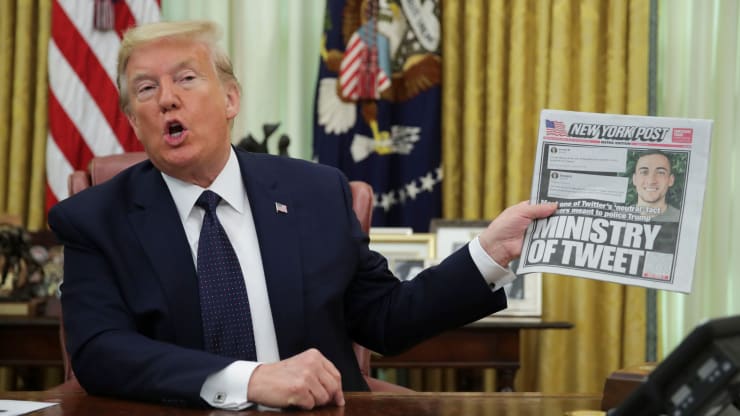 U.S. President Donald Trump holds up a front page of the New York Post as he speaks to reporters while signing an executive order on social media companies in the Oval Office of the White House in Washington, U.S., May 28, 2020. /Reuters

U.S. President Donald Trump holds up a front page of the New York Post as he speaks to reporters while signing an executive order on social media companies in the Oval Office of the White House in Washington, U.S., May 28, 2020. /Reuters

Trump's recent tiff with Twitter has quickly escalated to industry-wide proportions after he signed an Executive Order on Thursday ordering the government to review whether that social media company and others' editing of user content forfeits their rights to remain exempt from legal liability under Section 230 of the Communications Decency Act. That might understandably sound a bit confusing to ordinary readers so it's important to explain what this means and what it could imply for the future.

In plain English, social media companies like Twitter cannot presently be taken to court for whatever their users post, which frees them from expensive legal complications (whether frivolous or otherwise) arising from the services that they provide. Trump, however, believes that Twitter's recent fact-checking of his controversial skepticism about the Democrats' proposal for nationwide mail-in presidential election ballots is a blatant violation of its neutrality and amounts to unregulated political activity.

His accusations resemble exactly what many conservatives have been alleging for years already about how Twitter and other social media companies reportedly censor their accounts outright or impose what's been popularly described as "shadow censorship" by tinkering their algorithms in such a way that practically nobody is able to see their content unless they manually view the said person's page. This is in stark contrast to what's theoretically supposed to be the "anything goes" approach, except of course when it comes to illegal activity.

Proponents of these companies' contentious editorial decisions strongly believe that they have a social responsibility to everyone else to ensure that these platforms remain pleasant places for all sorts of people to respectfully express themselves, advocating a zero-tolerance approach towards those who do so at others' expense. That's somewhat understandable in principle but doesn't work out that perfectly in practice, at least according to conservatives' reports about being (shadow) censored or even having their accounts deactivated.

What Trump is basically trying to do with his latest move is to put unprecedented pressure on Twitter and other such social media companies to step back from what he regards as their partisan editorial approach towards social responsibility and return to the era of laissez-faire policies. (Shadow) Censorship, he and his supporters believe, has been abused for purely political purposes that might even tilt the odds of the upcoming election. These are very serious accusations and certainly deserve to be investigated by the relevant authorities.

It's uncertain what the outcome of their probe will be, but it's nevertheless possible to make some generalizations about the present-day state of the situation. Practically every globally popular social media company is based in the U.S., and almost all the highly publicized (shadow) censorship reports have traditionally been about the suppression of conservative opinions, especially of a political or social nature. This makes the entire discussion very U.S.-centric even though it could have global implications.

The looming legal battle is all about whether those aforesaid opinions constitute some manner of "threat" to society and should therefore be (shadow) censored or worse, and furthermore, who is the final authority on determining that? If companies independently make their own policies in this respect on their own prerogative despite not being legally liable for users' content, and especially if it's determined that they abused these political purposes, then they'd arguably have forfeited their exemption from legal liability by behaving as publishers.

The implications of that could be tremendous by either imposing ridiculously excessive legal costs on those companies due to possible class action lawsuits related to the content that they host, or embolden them to openly embrace censorship as an official policy and thus force contrarian-minded users to flee to other platforms in order to escape the echo chambers that they'd otherwise be trapped in. Considering the enormous influence that social media has many people's lives, this looming battle is set to be a really big deal for all.