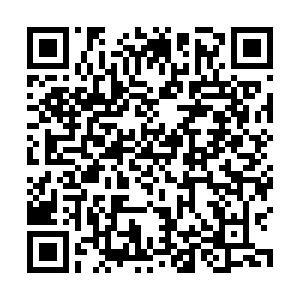 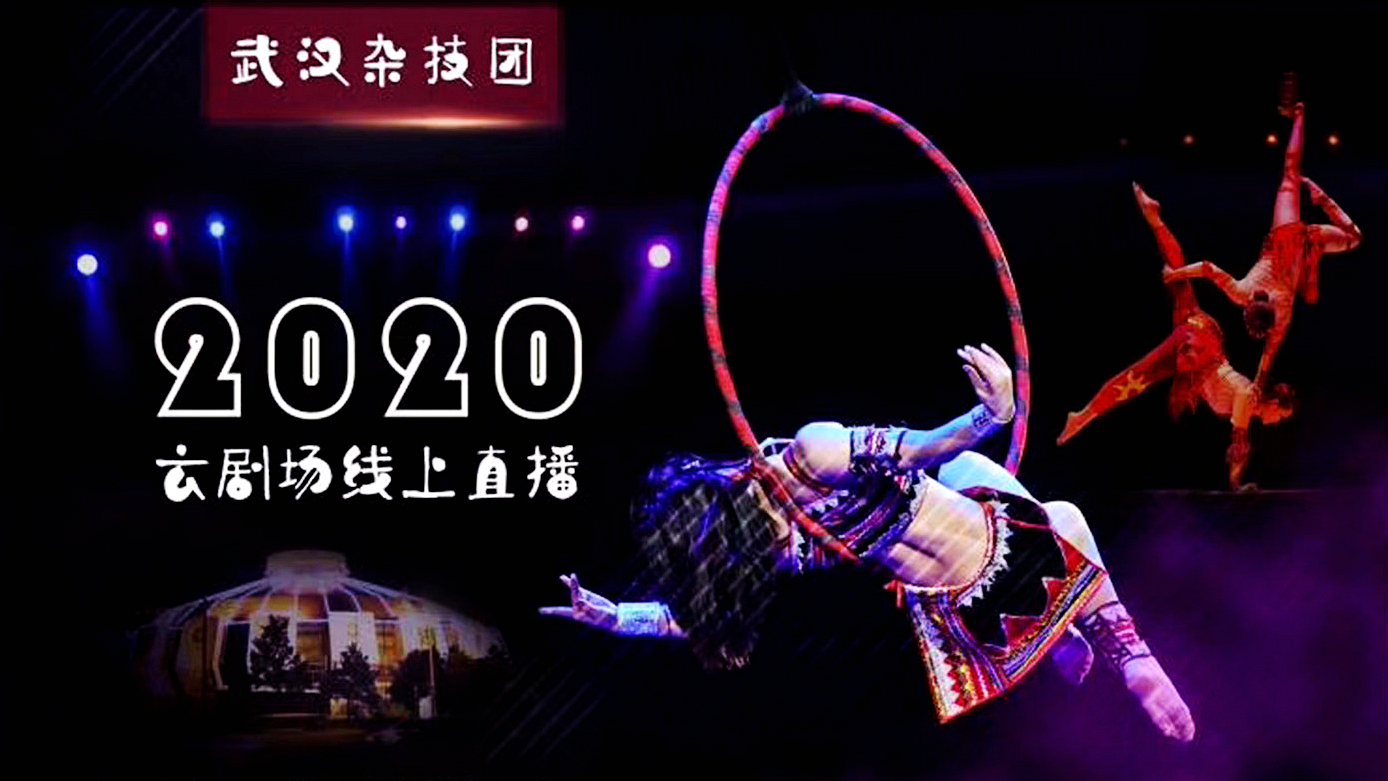 Wuhan Acrobatic Troupe, one of China's top acrobatic troupes, is back in the spotlight having on Wednesday staged its first show since the novel coronavirus outbreak began – a live stream that garnered numerous online comments and positive reaction.

The one-hour-plus show ran at the empty Wuhan Acrobatic Hall in Wuhan, China's hardest-hit city by COVID-19. It was live-streamed on leading video sharing platform Bilibili, attracting thousands of viewers.

Hosted by Li Chu, artist from the troupe, it featured six of the troupe's signature performances, including feats of strength and bowl tricks, which showcases performers' artistic abilities and technical prowess. 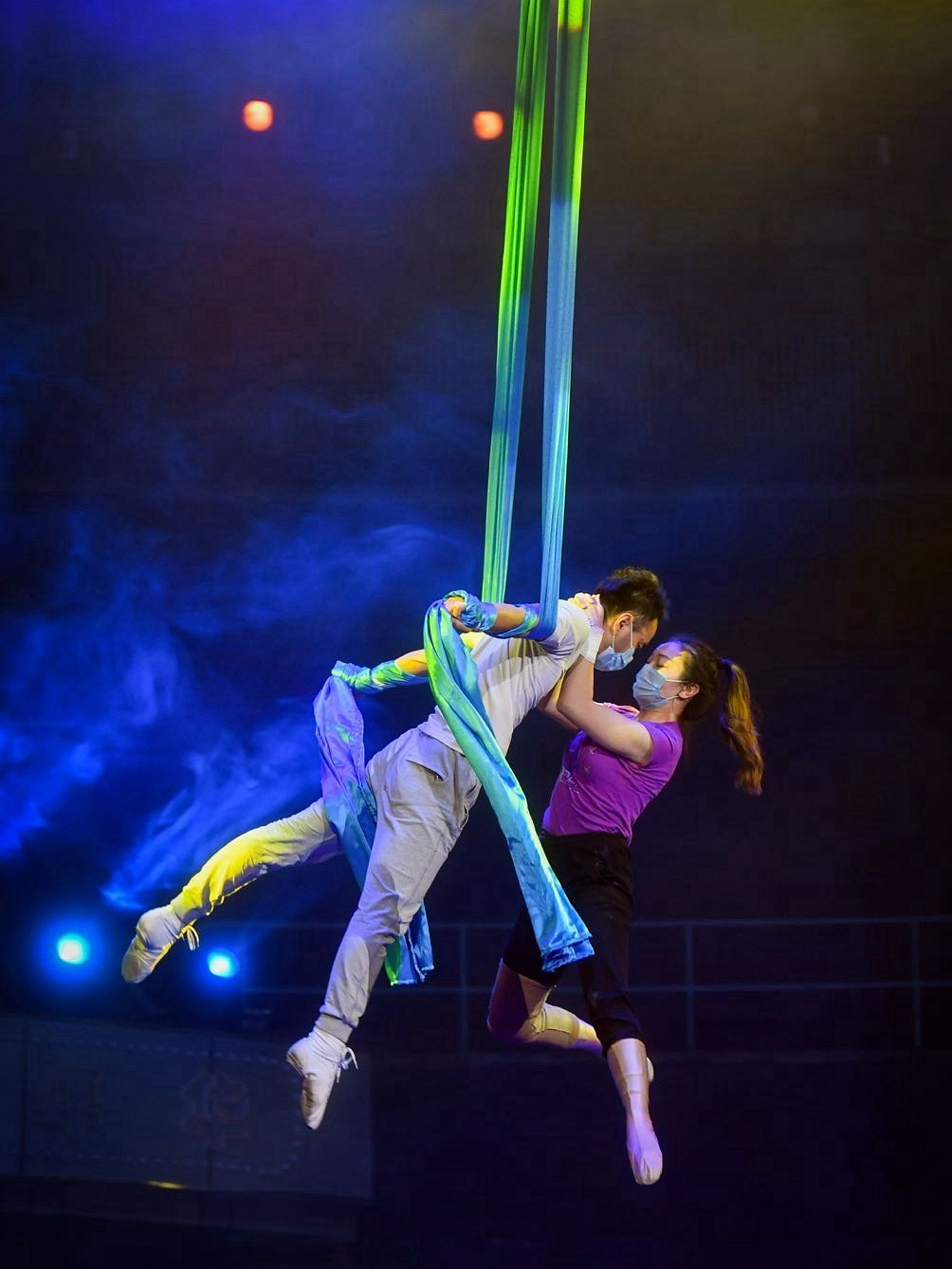 The troupe's first live-streamed show allowed the viewers to send bullet comments to share their feelings in real-time, making the show more interactive, according to the organizers.

Additionally, the host Li not only showed viewers the backstage scenes and introduced background information about the acrobatic in the interval but also answered viewers' questions during the live stream.

"The performance is seemingly effortless, but actually requires loads of hard work as well as practices of more than ten years," said Li when answered comments.

Savor the charm of acrobatic via online products 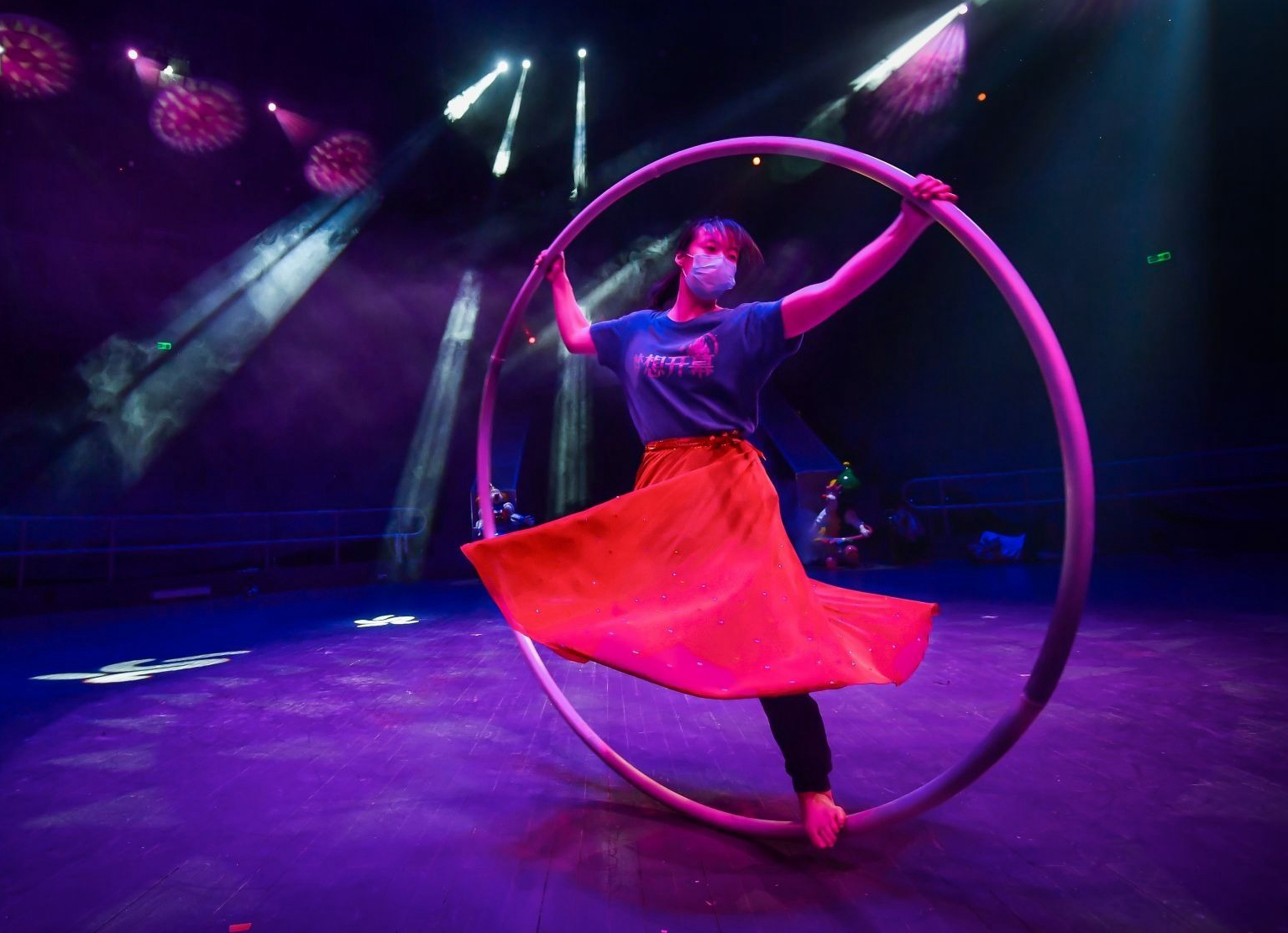 An artist wears a mask during practise. /Wuhan TV

An artist wears a mask during practise. /Wuhan TV

For the troupe that was established in 1950, May should have been the start of the busiest performance season.

The prestigious troupe has maintained regular training to present the live-streamed show since they resumed work on April 8.

The artists said their biggest challenges were the weight they had gained during the months-long home quarantine and the masks they had to wear during training.

"Wearing a mask during training makes it twice as exhausting as usual," said Liu Shiyi, one of the performers participating in the show.

Theaters and troupes are among the latest in virus-ravaged Wuhan to gradually resume work and business amid tight epidemic prevention measures.

Some are moving their renditions online, while others have resumed training to prepare for the reopening of their venues.

Chen Jian, deputy head of the troupe, believed that live stream could let more people know about the traditional art of Wuhan acrobatics, which may become a new channel to expand the audience and promote the art. 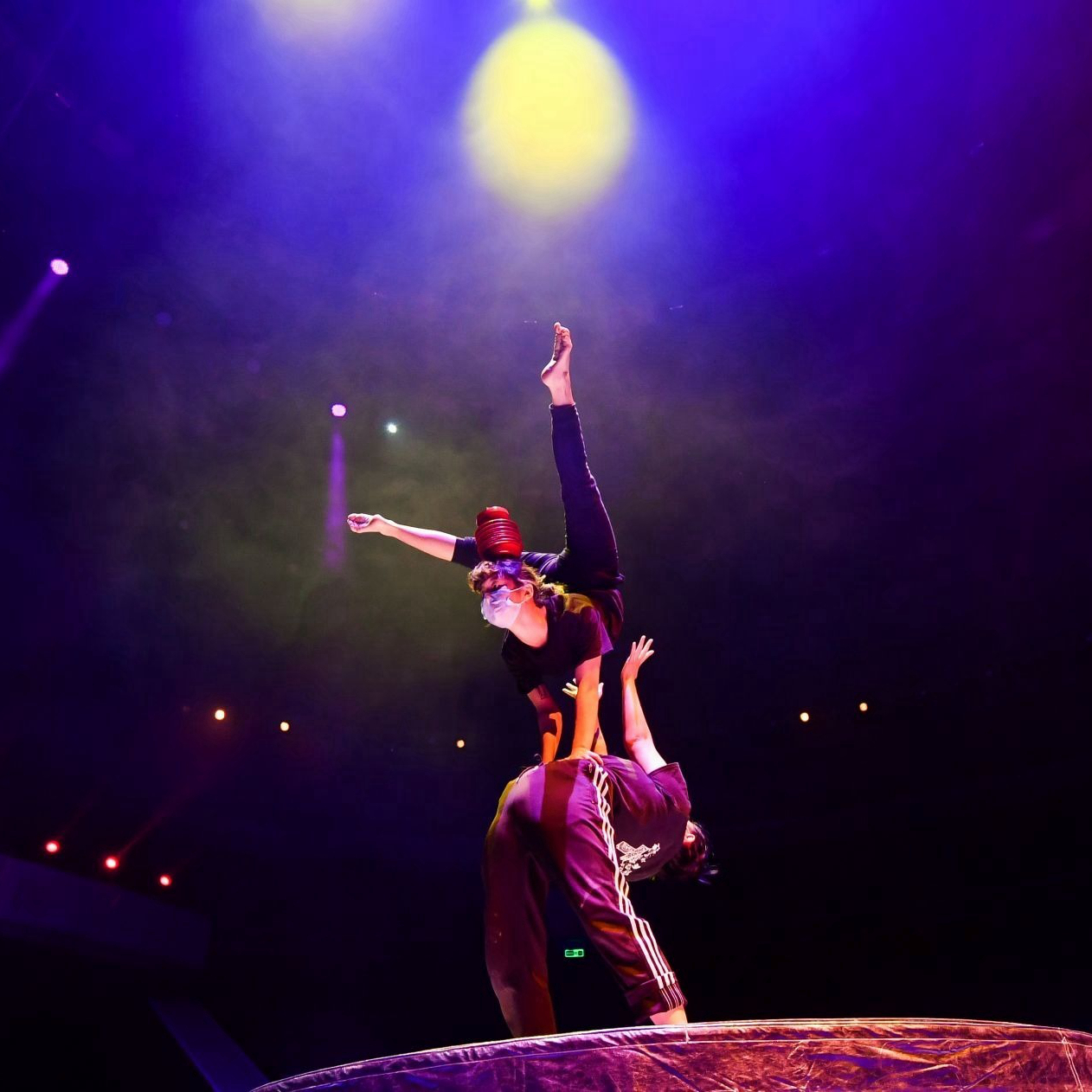 "This may be a good opportunity to upgrade and develop our online service," he said, adding that they planned to hold three live-streamed shows every weekend in the coming two months and would insist on producing online and offline content simultaneously.

"There are thousands of millions of viewers online, and even overseas audiences, [through online platforms] they can see our Wuhan's acrobatics, Wuhan's culture, and brands," said Chen.

"Through online productions, audiences around the world could savor the charm of Chinese acrobatics."