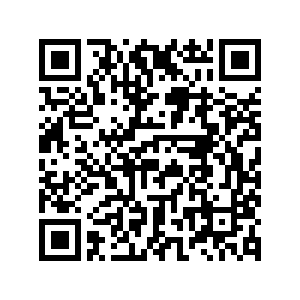 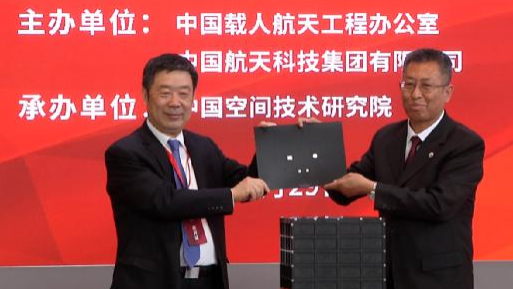 Chinese scientists revealed the first sample of 3D printed ceramics in space at a ceremony held in Beijing on Friday. The 3D printing device was on board China's prototype manned spaceship launched in early May.

This is the first time scientists have managed to print ceramics in space, bringing more possibilities to the prospect of space 3D printing.

The experiment was conducted by the Technology & Engineering Center for Space Utilization, an organization that was specially founded to develop space utilization.

Wang Gong is the head of In-space Manufacturing Lab. He and his colleagues have been preparing for this experiment for years. In 2018, they finished the world's first ceramic 3D printing experiment in microgravity on a parabolic plane.

"3D printing is like a magic box, you can make whatever you want," Wang told CGTN at his lab in Beijing. "But, actually, it is not that easy, especially in space." 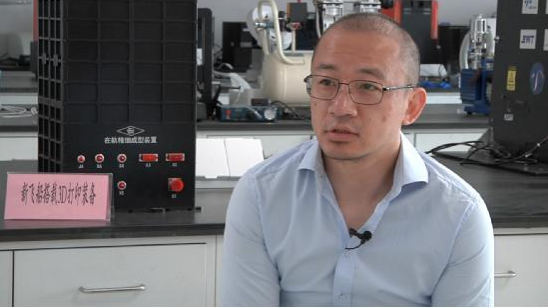 In 2014, a 3D printing device for plastic was brought aboard the International Space Station. That was the first attempt of 3D printing in space. The whole world was thrilled at the potential of this technology in space exploration, especially the possibilities to make spare parts for spacecraft, which will greatly reduce the cost of space travel.

Scientists are making attempts to bring more material into this field. Three major kinds of material are widely used in space: metal, high polymer material and inorganic material. Ceramic belongs to inorganic material, which is often used in thermal isolation.

However, 3D printing in space is facing a major and obvious obstacle – microgravity. The powders that many 3D printers use on the ground will be very hard to manage under the microgravity environment in space.

Wang and his team combined powder and resin to make a material that is easy to control in microgravity. The experimental device also uses stereolithography technology.

The benefit of the method is that it has a high accuracy in micron level. The finished degree could even reach a few hundred nanometers. It also applies to a wide range of materials, including ceramic materials, metal compliance materials and ordinary polymer materials. These materials could basically cover the vast majority of materials needed in space, said Wang.

The research of 3D printing in space is still in its early stages, as Wang puts it. There are still many challenges, such as the miniaturization of 3D printing devices, green production in space and the pressure for improving energy efficiency.

"There is a great potential in space 3D printing even on the moon," said Wang. "But so far, there is still some distance to applying it on a large scale."

(Cover image: Zhou Jianping, chief designer of China's manned space mission and Gao Ming, director of the Technology and Engineering Center for Space Utilization, present the sample of 3D printed ceramics in space at a ceremony held in Beijing on May 29. /CGTN)