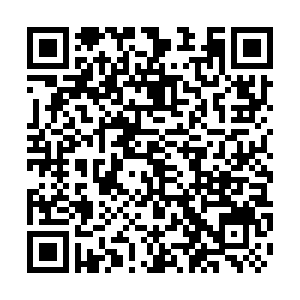 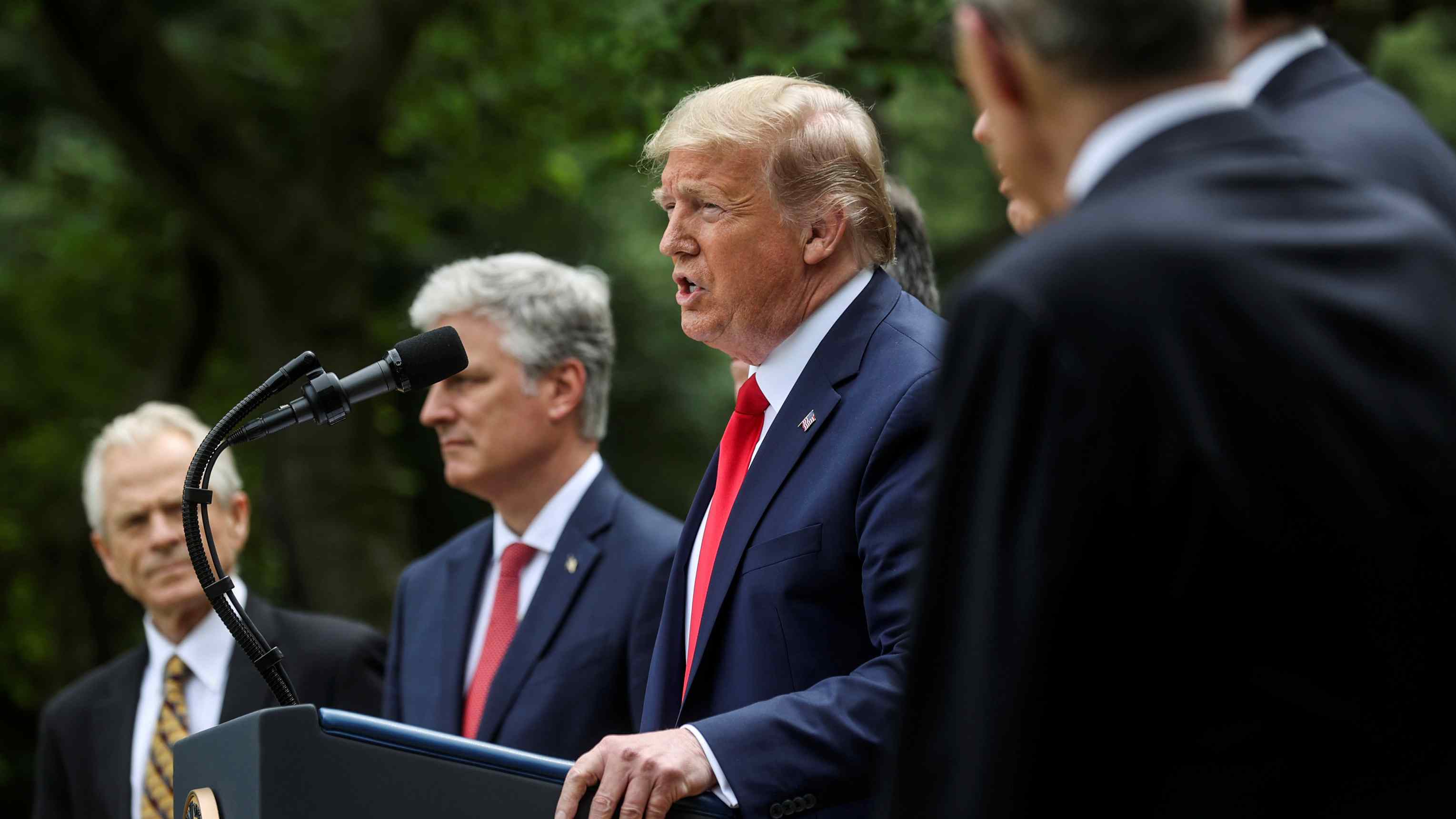 U.S. President Donald Trump addresses a news conference on China in the Rose Garden of the White House in Washington, U.S., May 29, 2020. /Reuters

U.S. President Donald Trump addresses a news conference on China in the Rose Garden of the White House in Washington, U.S., May 29, 2020. /Reuters

By Thursday, over 100,000 people in the United States had died from novel coronavirus disease (COVID-19) outbreak since Washington state reported the first death in the country three months ago, according to data from Johns Hopkins University.

Despite the soaring numbers of cases and fatalities each day, U.S. President Donald Trump's rhetoric about himself has never changed.

He's always doing "great" on addressing the virus outbreak, whether he is saying so on his favorite social media platform Twitter or at those pandemic briefings.

In the past three months or so, Trump has received massive public criticism over his delayed and disorganized COVID-19 responses. Media reports have either said he's more worried about an economic downturn or was simply not aware at an early stage just how lethal the pandemic could be.

Public anger has built up domestically as the death toll has surged.

Without acknowledging any personal failings, which is not surprising, the president has been diverting the public attention, critics say, because he is petrified that he'll get burnt and see his approval ratings fall ahead of the November election.

His tweets and briefings have said it all.

"Great reviews on our handling of COVID-19, sometimes referred to as the China virus," Trump wrote in a Memorial Day tweet as the death toll neared 100,000. "Ventilators, Testing, Medical Supply Distribution, we made a lot of Governors look very good - And got no credit for so doing. Most importantly, we helped a lot of great people!"

"All over the World the CoronaVirus, a very bad "gift" from China, marches on. Not good!" Trump tweeted on Thursday, the day the number of deaths surpassed 100,000.

"CHINA!" just one word, all capitalized, the president tweeted on Friday morning.

Using fewer words, but mixed with increasingly stronger feelings of anger, the president is sparing no effort in trying to target all his anger at China.

The president announced on Friday that the U.S. is cutting ties with the World Health Organization (WHO), accusing the agency of helping to "cover up" the virus outbreak in China.

In his White House briefing on the decision, Trump appeared rather relaxed about the fact that in the U.S., over 100,000 people have died from the pandemic. All he talked about in a 10-minute speech is how he thinks China is to blame.

These China-blaming efforts that Trump started in March when the U.S. outbreak gained momentum, as intensively investigated and reported by American media, are regarded as attempts to avoid admitting his own responsibilities.

None of his accusations about China has been backed by evidence.

He previously named the coronavirus the Chinese virus, even though the WHO warned against the stigmatization of countries. Trump also claimed, without offering any proof, that the virus was created and leaked from a lab in China, a claim that experts have debunked, saying it came from nature.

The Republican president didn't forget to drag his presumptive Democratic presidential rival Joe Biden, who he nicknamed "Sleepy" Joe, into his blame game as he seeks to associate Biden with Beijing whenever he can, in an attempt to show Americans, especially his voters, how tough he is on China.

"Nobody in 50 years has been WEAKER on China than Sleepy Joe Biden. He was asleep at the wheel. He gave them EVERYTHING they wanted, including rip-off Trade Deals. I am getting it all back," Trump wrote in another tweet on Memorial Day. 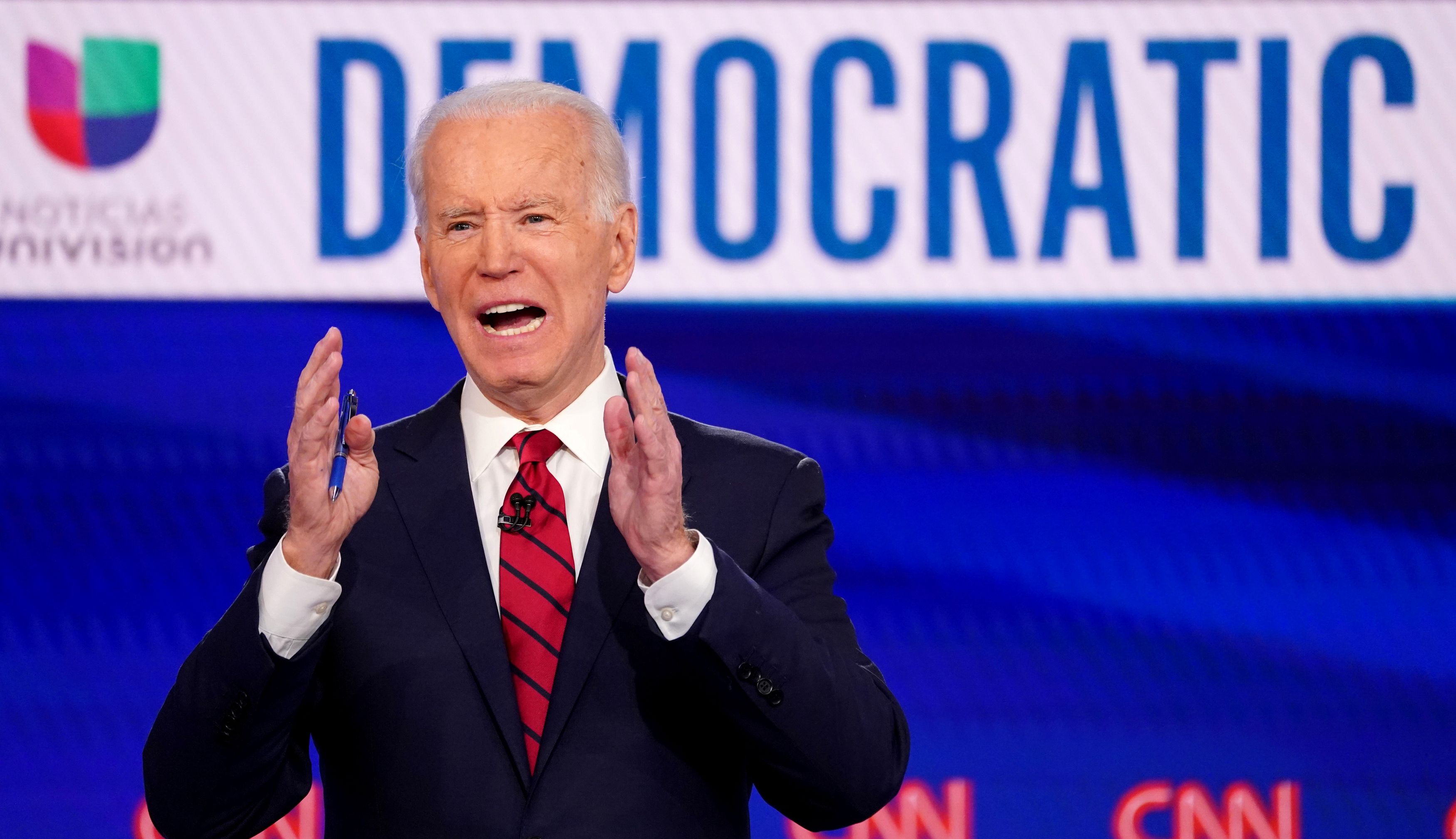 Biden pushed back last week calling Trump "President Tweety" in a video interview, during which he argued that Trump's follow-up measures to help workers and businesses during the pandemic lockdown were ineffective, asking the president to get off social media.

Ramping up his efforts, in a tweet on Tuesday morning, the Republican president called Biden's handling of the 2009 H1N1 flu pandemic "a complete and total disaster" although didn't specify the poll results he was referring.

Barack Obama, the former president who has publicly endorsed Biden, was also attacked by Trump for leaving "a broken system" to this administration, resulting in testing failures and medical stockpile shortages for a pandemic that hit three years after Obama left office. 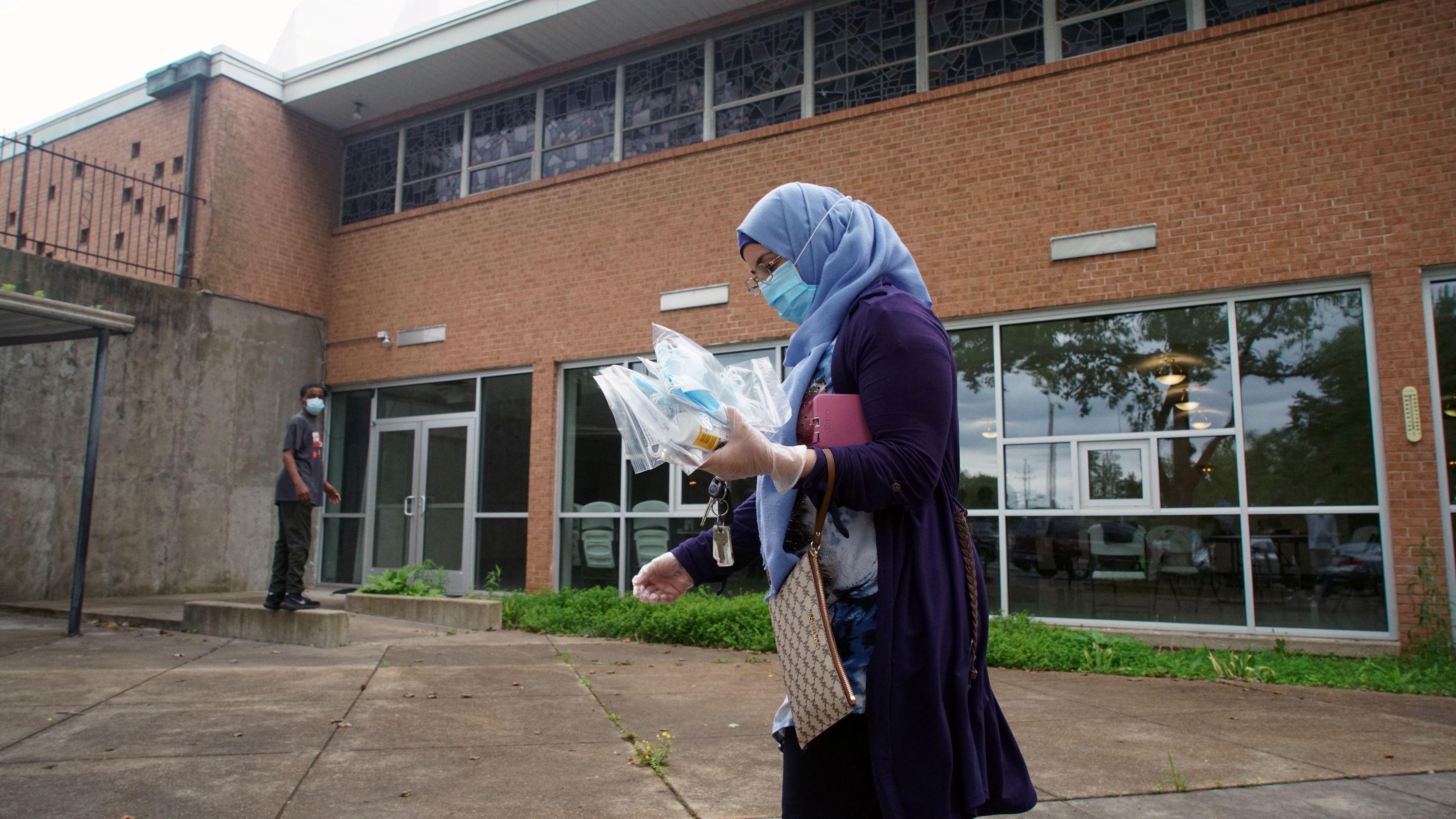 Woman picks up hand sanitizer and mask at Christ the King United Church of Christ, where five members of her 180-member congregation had gotten sick from the coronavirus disease (COVID-19) and two have died, in Florissant, Missouri, U.S. May 22, 2020. /Reuters

Woman picks up hand sanitizer and mask at Christ the King United Church of Christ, where five members of her 180-member congregation had gotten sick from the coronavirus disease (COVID-19) and two have died, in Florissant, Missouri, U.S. May 22, 2020. /Reuters

In a move to boost support among his conservative voters, the president last Friday demanded states reopen religious worship sites, mainly to appeal to white evangelicals and Catholics, both groups that played an important role in his election in 2016.

According to an April survey by the nonpartisan research organization Public Religion Research Institute (PRRI), supporting rates of both groups dropped by between 10 and 12 percent among the three groups from March's peak.

The president said it is "injustice" for some governors to have liquor stores and abortion clinics remaining open but not places for religious services.

"The governors need to do the right thing and allow these very important essential places of faith to open right now, for this weekend," Trump said.

The president even threatened that he could "override" governors if they refused to do so. But as president, he does not have that authority under the U.S. constitution.

A Supreme Court decision on Friday signaled that the country's top legislative body would not force governors to reopen houses of worship as it ruled lockdown restrictions will remain on churches in California and Illinois, the states that were severely hit by the outbreak.

Trump has been picking fights with state governors, especially Democrats, over COVID-19 responses on a series of issues including medical supplies, stay-at-home orders, reopening, and even on the calculation of death toll numbers, as they wrestled with state and federal powers. 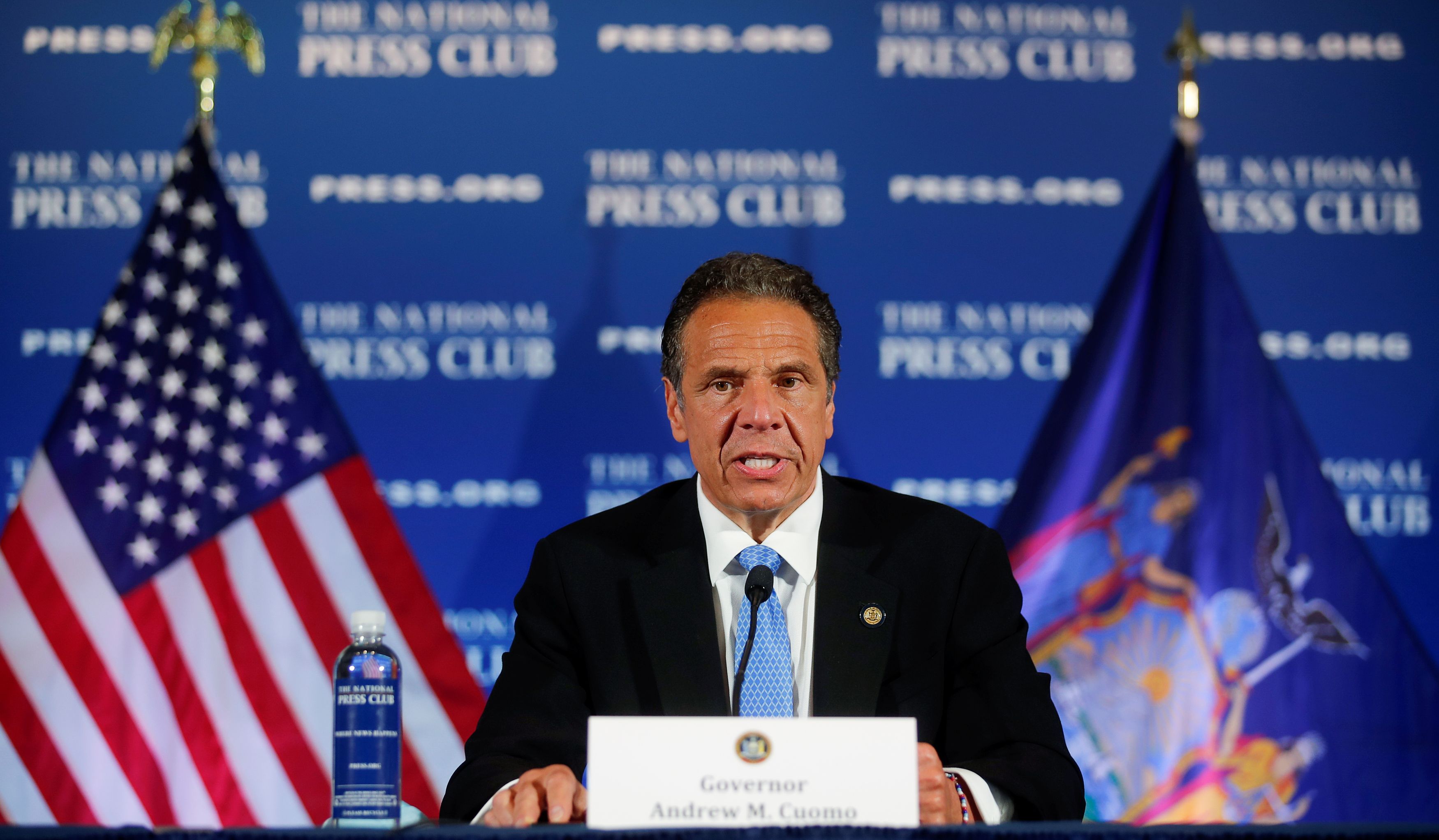 New York Governor Andrew Cuomo has publicly challenged the president's words several times, especially on medical stockpiles, as he appeared on TV news conferences addressing the pandemic in one of the country's major outbreak hotspots.

Trump said on Twitter that the governor should stop complaining and have "more actions" and at a press briefing insisted that he has given Cuomo "more than anybody has ever been given in a long time."

Despite the "rally-around-the-flag effect," which says that support for political leaders usually rises during times of crisis, polls show that Trump's ratings improvement has been outperformed by many of the governors.

Last but not least, one of his favorite hobbies is to lash out at the media.

"A lot of people love when the press hits me, you know, when I go at it with the press–they like it," Trump told the New York Post in an Oval Office interview early May.

When asked tough questions by reporters, especially at the daily coronavirus briefings he held, Trump, without giving useful answers, would just turn the fire on them, throwing out words including "fake news," "a terrible reporter" and "a nasty question".

In late April, he even suggested he could end the briefings. In a tweet, Trump wrote, "What is the purpose of having White House News Conferences when the Lamestream Media asks nothing but hostile questions, & then refuses to report the truth or facts accurately." 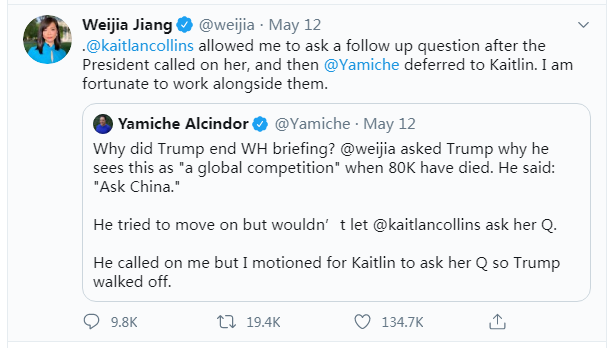 Screenshot of the CBS News reporter Weijia Jiang's tweet on the May 11 briefing.

Screenshot of the CBS News reporter Weijia Jiang's tweet on the May 11 briefing.

On the most recent occasion, he abruptly ended the press conference after CBS reporter Weijia Jiang confronted him, asking why he cared more about the number of COVID-19 tests compared to other countries when hundreds and thousands of Americans are dying.