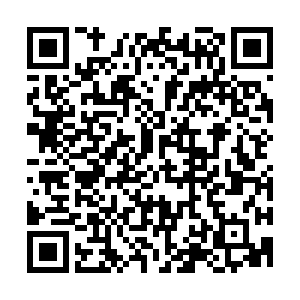 The Democratic People's Republic of Korea (DPRK) on Saturday expressed its support for China's national security law for Hong Kong Special Administrative Region, saying it's a "legitimate step" to safeguard the country's security.

"Since Hong Kong issue is an issue pertaining thoroughly to the internal affairs of China, any country or force has no rights to say this or that about the issue," reported KCNA state news agency quoting a representative of the DPRK foreign ministry.

"We categorically oppose and reject the outside interference detrimental to the security and the social and economic development of Hong Kong."

Deputies to the 13th National People's Congress (NPC) Thursday voted overwhelmingly in favor of the decision on "Establishing and Improving the Legal System and Enforcement Mechanisms for the Hong Kong Special Administrative Region (HKSAR) to Safeguard National Security" at the closing meeting of the NPC annual session.

Russian Foreign Minister Sergei Lavrov has also criticized Washington for meddling in China's internal matters, stating that an American bid to "make a scandal" over the Hong Kong legislation is undermining U.S. credibility vis-a-vis other countries.

"The issues that (the U.S.) is now hyping concerning Hong Kong are related to the internal affairs of China," said Lavrov, adding that U.S. attempts to create some kind of a scandalous situation out of the issue would harm its credibility on other topics.

The European Union advised against putting sanctions on Beijing over the Hong Kong legislation, saying it would do little to solve the crisis.

Asked whether Brussels was considering sanctions on China, Josep Borrell, the top envoy of the 27-nation member bloc, said on Friday: "I don't think that sanctions are the way to solve problems in China."

But he also voiced "grave concern," saying the "EU relations with China are based on mutual respect and trust. This decision further calls into question China's will to uphold its international commitments."

Pakistan has hailed China's stance on Hong Kong issues. A spokesperson for Pakistan's Foreign Ministry said on Friday the country's position is consistent and clear.

The spokesperson said that Hong Kong issues are China's internal affairs and reiterated Pakistan's commitment to international law and the principle of non-interference.