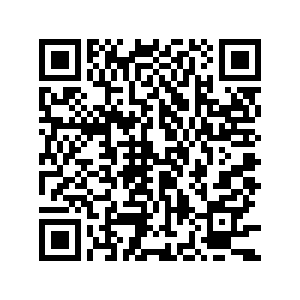 "President Trump's claim that Hong Kong now operated under 'one country, one system' was completely false and ignored the facts on the ground," a government spokesman said in a statement.

The spokesman said that in exercising Hong Kong's high degree of autonomy under "One Country Two Systems," the HKSAR government remains resolutely committed to upholding its international responsibilities and agreements with the U.S. and all countries in areas such as trade, investment protection, mutual legal assistance, the fight against transnational crime, and terrorism, as well as education and cultural exchanges.

"Hong Kong is an inalienable part of China. Any suggestion that the People's Republic of China does not have the right to protect its own territory from separatists, terror and anarchy does not stand up to scrutiny and smacks of hypocrisy and double standards."

The statement pointed out that every country has legislation in place to safeguard national security.

"We believe the existence of those laws to safeguard a country's national security and sovereignty does not give rise to fears of the loss of liberties by its people that will warrant international debate or interference by another country."

The spokesperson further explained that the five principles guiding the law include "firmly safeguarding national security, bettering the system of 'One Country, Two Systems', governing Hong Kong in strict accordance with the law, resisting external interferences in Hong Kong's affairs and upholding the legal rights and freedoms of Hong Kong people."

In regard to the sanctions and trade restrictions against Hong Kong, the government believes they're not justified.

"They will lead to a breakdown of the mutually beneficial Hong Kong-U.S. relationship built up over the years and only hurt local and U.S. businesses in Hong Kong and the people working for them."