Will we see a different EU post-COVID 19?
Freddie Reidy 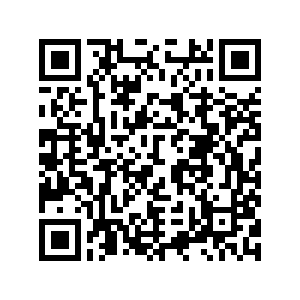 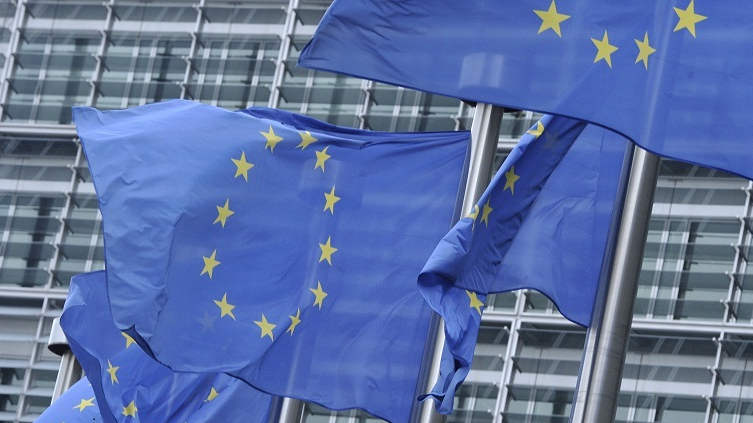 The European Commission's announcement of a 750-billion-euro aid package for the eurozone to combat the economic consequences of COVID-19 is a momentous occasion.

Delays in securing a deal have severely strained many European alliances but have also exposed vastly differing attitudes in addressing the economic challenges the union faces. Can we therefore expect to see a different post-COVID-19 European Union?

One of the reasons the proposed EU bailout is so remarkable is that it is has taken so long in coming. The proposed aid package is also just that, a proposal which will need to be ratified by all 27 member states. It does seem likely though that this will happen.

Crucially, German Chancellor Angela Merkel and her French counterpart Emmanuel Macron approved 500 billion euros of borrowing from financial markets to finance the bailout. This agreement, however, presents a key challenge to European stability.

The United Kingdom's withdrawal from the EU and the economic policy disparity of northern and southern member states exposed by COVID-19 are likely to necessitate a political realignment. The duopoly of France and Germany stifles this essential recalibration and increases the frustration of other members who feel their voices are not being heard but their tax revenues are being spent.

There is also the issue of putting the unilateral genie back in the bottle. The price for economic security for member states is greater integration. The risk is that economic assistance is needed most by southern nations but deeper integration would have to be applied to all member states irrespective of their fiscal requirements.

In recognition of this disparity, the aid package has been christened "Next Generation EU" as the bloc seeks to redefine itself in the wake of such severe political and economic challenges.

European Commission President Ursula von der Leyen also alluded to the need for unity in her speech launching the proposal. "This is Europe's moment…. Things we take for granted are being questioned. None of that can be fixed by any single country alone… This is about all of us and it is way bigger than any of us." 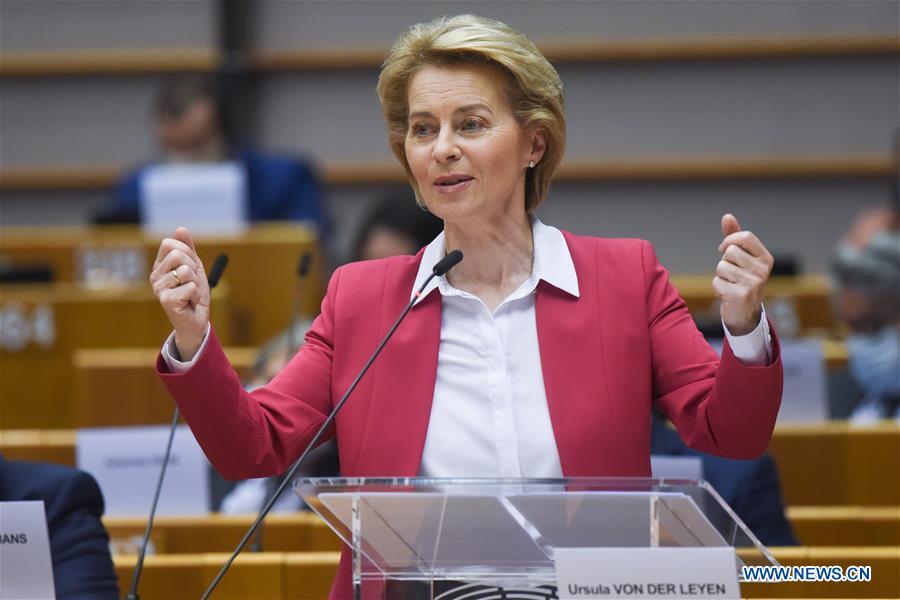 Ursula von der Leyen, president of the European Commission, proposes a major recovery plan during a plenary session of the European Parliament in Brussels, Belgium, May 27, 2020. /Xinhua

Ursula von der Leyen, president of the European Commission, proposes a major recovery plan during a plenary session of the European Parliament in Brussels, Belgium, May 27, 2020. /Xinhua

The threat of a COVID-19 fallout and of potential economic disaster has become a crutch for the EU's relevance.  Previously the commission president has spoken of catching "a glimpse of the abyss." Such rhetoric, though, comes with great political risk. It is not sustainable but it also raises questions in the minds of the so-called "frugal states" of Austria, the Netherlands, Denmark and Sweden who have successfully combated the virus while also minimizing economic exposure through long-term fiscal conservatism. Do these nations wish to be part of an alliance which has come so close to the edge?

At the opposing end of the spectrum is Italy, which has recorded well over 30,000 deaths and suffered economically from the glacial European response. Italy is now consequently facing a collapse in support for the EU. A recent poll found that two-thirds of the Italian population see their membership of the EU as a disadvantage. As part of the redefining of the EU there must be an articulation of how Italy and other nations have and will prosper in the future.

With member states' budgets requiring European ratification, there is also a thorny issue of who bears the responsibility if a state were to default. Is it reasonable to expect a member state to pay if their budget has been ratified?

Member states are already working on a national level to secure their own domestic economies. Reconciling pan-European aspirations with domestic demands will pose a significant challenge to EU leaders. In France, President Macron has proposed an eight-billion-euro rescue package for the nation's automotive industry but a major condition of the move is that production remains in France. Such a move highlights the distance which Europe needs to travel to attain the ambition of "becoming so deeply integrated – so interdependent – that solidarity would become self-interest."

Therefore, it is likely that we may see a more introverted EU, a union keen to shore up its credit rating, political relevance and security. Member states will almost certainly have to go through a period of justifying the status quo.

Europe's issues are common worldwide, however, as governments seek to be associated with the success of combating the pandemic and sowing the seeds of recovery rather than being aligned with soaring public debt, stagnating economies, and an increasing death rate. Whether the European population believe long-term stability is a national or multinational undertaking though, remains to be seen.