7 months left, how can all Chinese counties shake off poverty?
CGTN 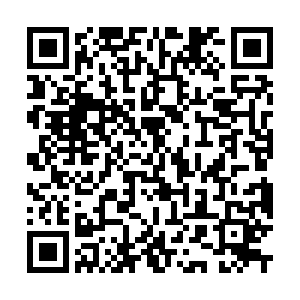 Lifting all poor counties out of poverty by 2020 is one of the three key goals in China's fight against poverty.

With seven months remaining, 52 counties are still to be lifted out of poverty. Can China reach its goal before the target date?

How are poverty-stricken counties identified?

According to Liu Yongfu, director of the State Council Leading Group Office of Poverty Alleviation and Development, the number of poverty-stricken counties fell from 832 to 52 as of May 2020. 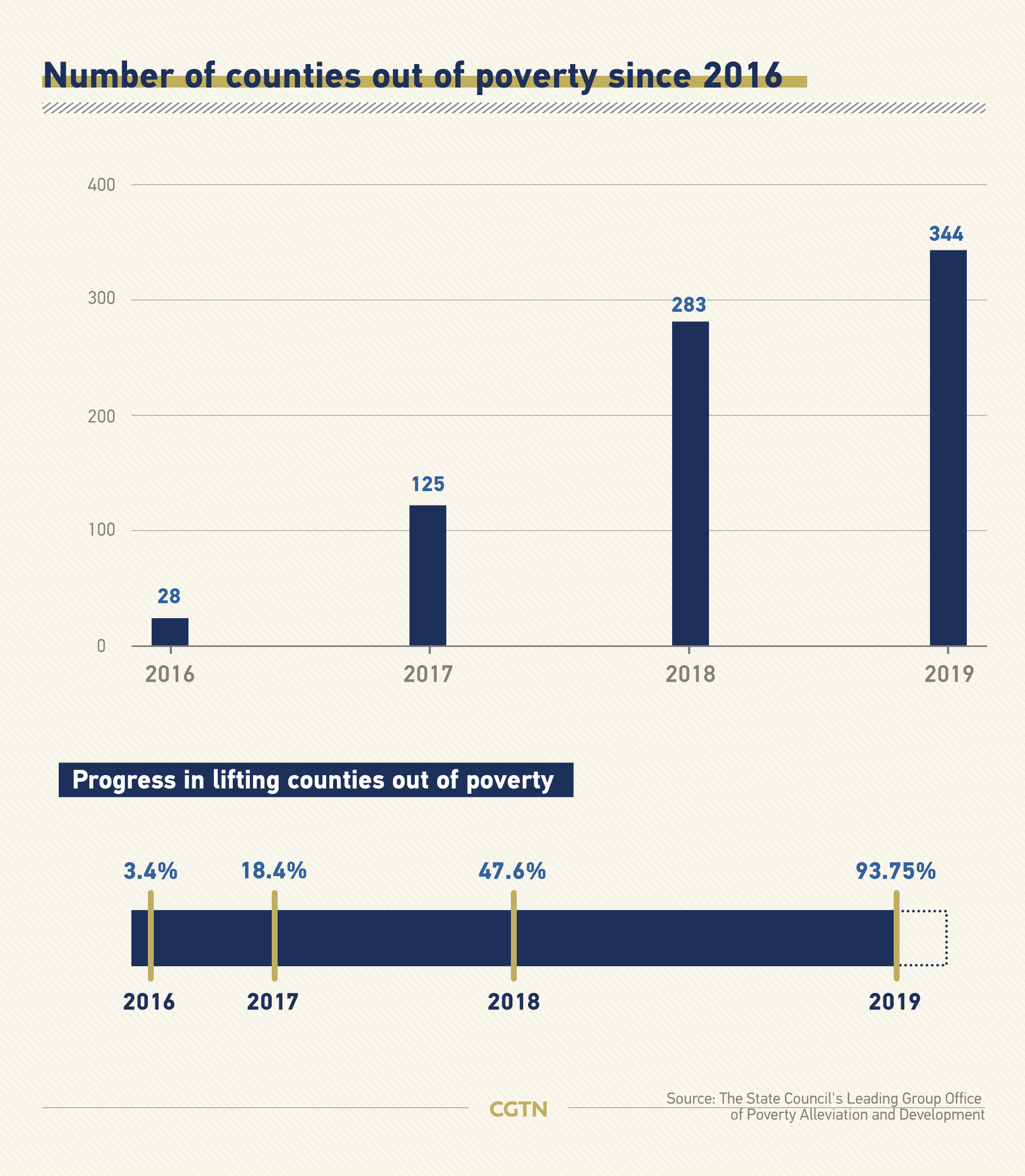 There is an overlap of 440 counties between the list of "key poverty counties" and the updated "poverty blocks." Therefore, the 832 distinct counties were then categorized as "poverty-stricken counties," becoming key poverty alleviation "battlefields.

To be considered for the list, the counties are evaluated by factors such as the population living below the poverty line, per capita net income and per capita government revenue. 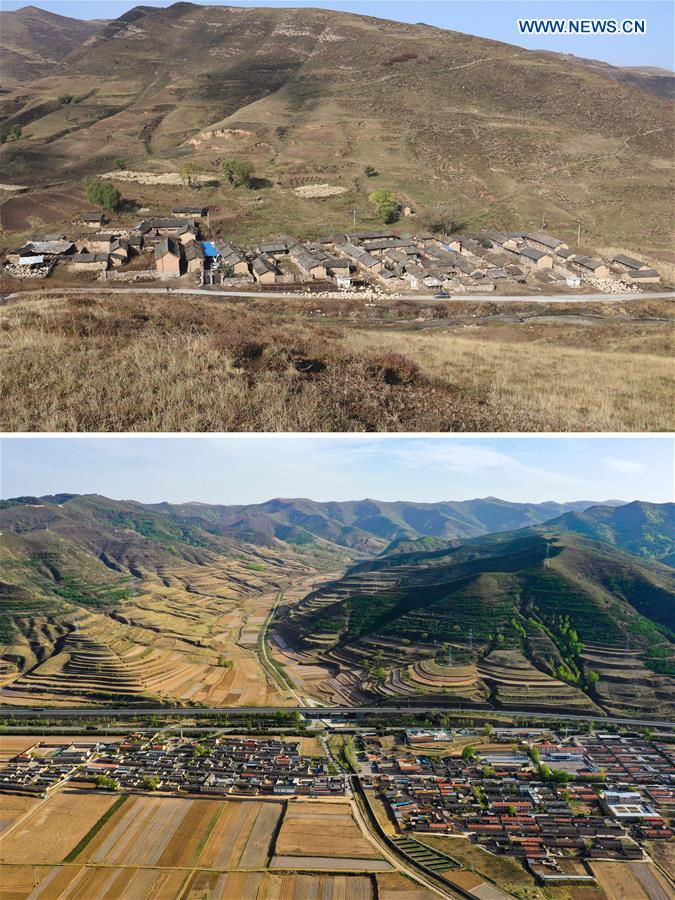 The top photo shows houses that people used to live in (file photo) and a view of Songjiagou New Village in Kelan County, north China's Shanxi Province (photo taken by Cao Yang on May 9, 2020). /Reuters

The top photo shows houses that people used to live in (file photo) and a view of Songjiagou New Village in Kelan County, north China's Shanxi Province (photo taken by Cao Yang on May 9, 2020). /Reuters

At the Fifth Plenary Session of the 18th CPC Central Committee held in October 2015, the CPC further specified the task of eliminating rural poverty and rehabilitating all impoverished counties by 2020.

The subsequent central work conference on development-oriented poverty reduction held the following November, and the decision on winning the fight against poverty issued by the CPC Central Committee and the State Council in December, made comprehensive plans on poverty elimination for the 13th Five-Year Plan period (2016-2020).

With 28 counties casting off poverty in 2016, China shortened its list of poorest counties for the first time in more than 30 years.

How can the last remaining hard nuts be cracked?

These 52 counties, including 1,113 impoverished villages located mainly in western parts of the country that are trapped in extreme poverty, provide the hardest task when it comes to poverty alleviation. 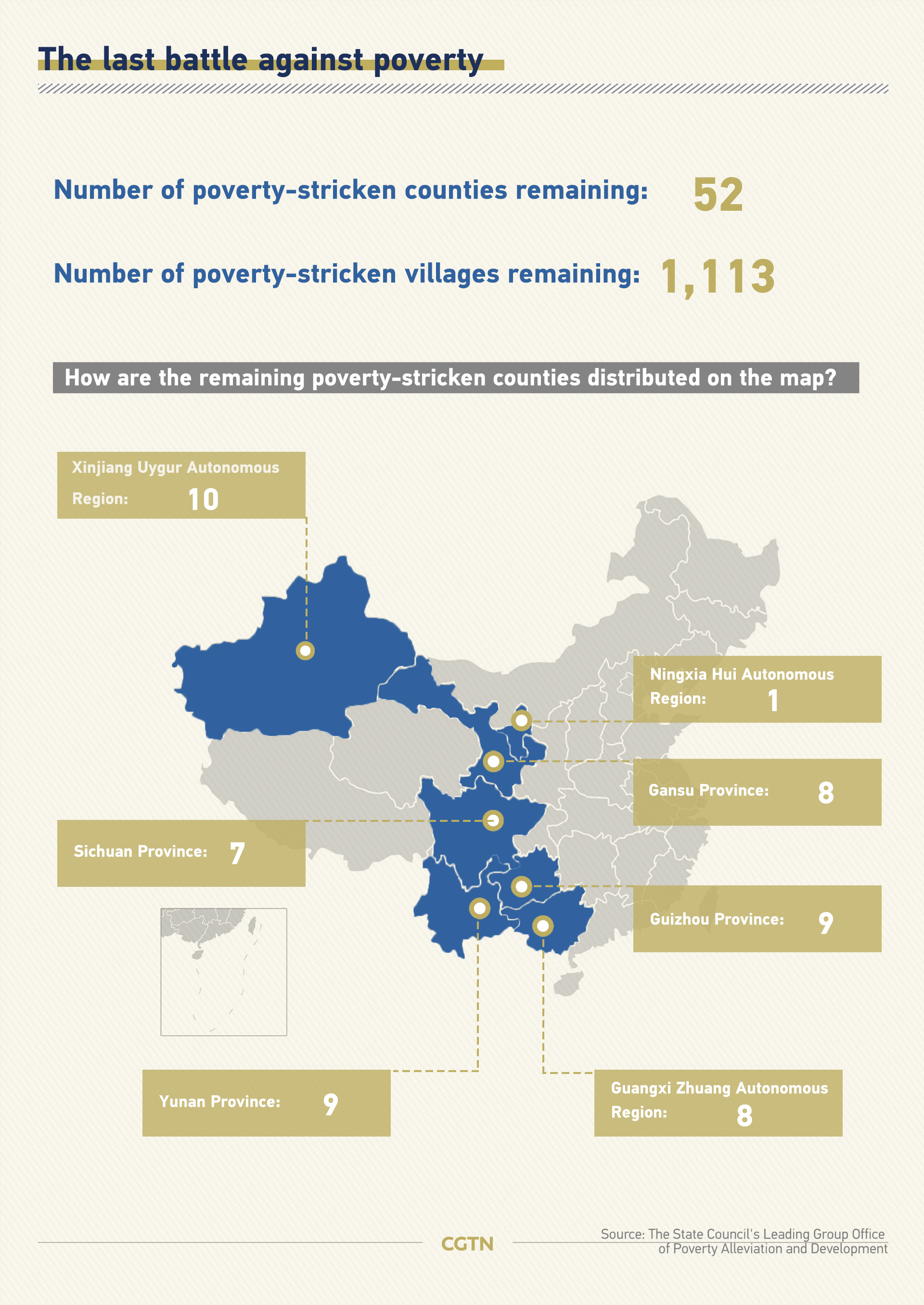 Although according to the country's task force for poverty alleviation, the 832 poverty-stricken counties are all low-risk areas for COVID-19, the epidemic still harmed the income of the poor and created new difficulties in the poverty alleviation process.

To ensure that these 52 counties can be removed from the list this year and prevent people from returning to poverty, the program is being stepped up:

Infrastructure investment is also key to people's livelihoods and transportation conditions can also greatly hinder a region from getting rid of poverty.

Butuo County's Abuluoha Village in Liangshan Yi Autonomous Prefecture in southwest China's Sichuan Province, used to be called the last village without a road in China.

Butuo County is one of the 52 counties yet to be lifted from poverty. Nestled in a mountainous area, Abuluoha Village is connected to the outside world by a rugged trail built along a cliff. A one-way trip takes about four hours on foot and goods are transported by horses.

The village finally connected to the outside in May when a 3.8-kilometer road project connecting Abuluoha to other villages in the county was completed. 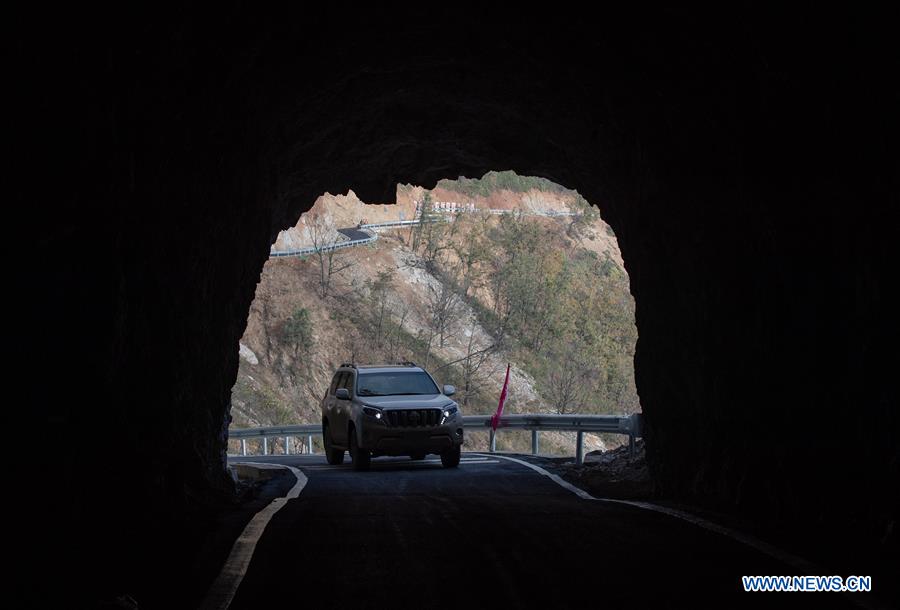 There is a saying in Chinese that it is always better to teach a person who is hungry to fish than to give him some fish. Bearing this in mind, the authorities in China have sent experts and consultants to help farmers in poverty-stricken counties to increase the yield and quality of their products.

Efforts are also made to bolster the construction of logistics infrastructure and smoothing channels of farm produce sales.

The Ministry of Agriculture and Rural Affairs' development planning department in March announced plans to organize several trade fairs for the poorest areas and said no fees would be charged for the rental of exhibition booths.

It also pledged to streamline procedures for farmers and companies from the 52 counties to obtain organic food certificates and build cold chain logistics facilities.

E-commerce has become a propeller of poverty alleviation amid COVID-19. E-retailers in the country's 832 national-level poverty-stricken counties registered online sales of 56.6 billion yuan (about 8.02 billion U.S. dollars) in the first quarter, up 5 percent year on year. 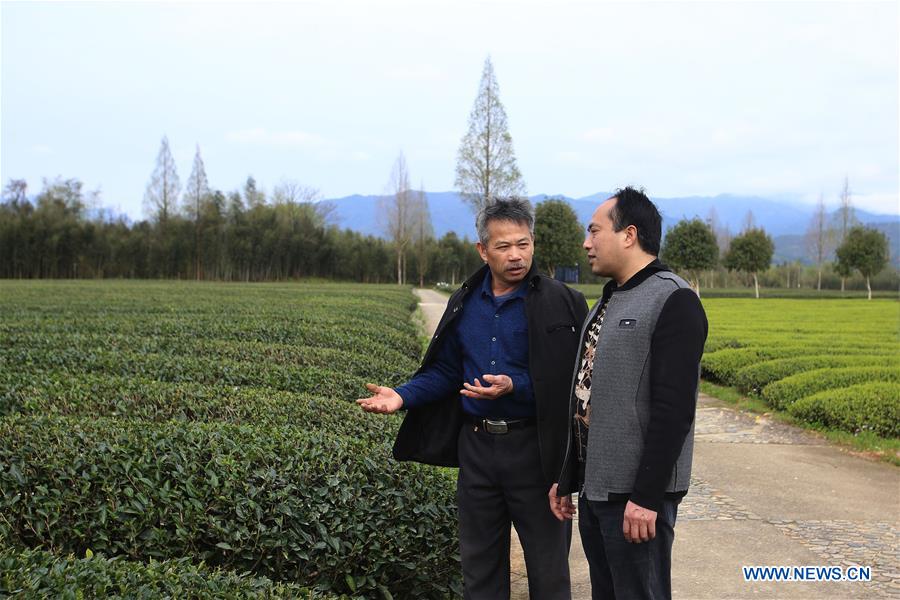 According to Liu, laborers in the poorest areas are to be given priority by enterprises that have resumed work, production and project construction.

He added enterprises must continue to implement effective point-to-point connections, especially by generating employment in counties listed as impoverished. 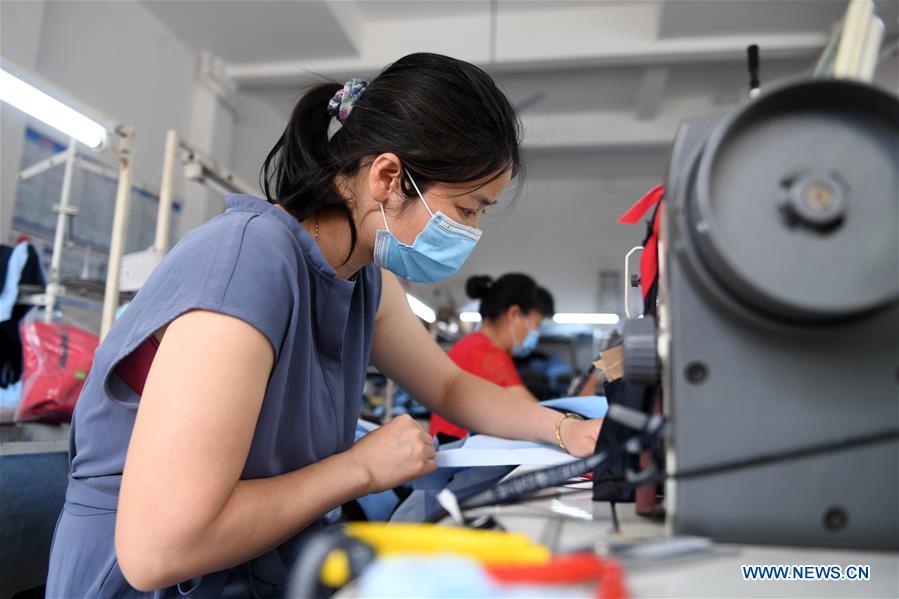 For five straight years, the country has seen an increase of 20 billion yuan in such funding each year.

Central and provincial governments have invested 30.8 billion in the 52 impoverished counties and the Ministry of Agriculture and Rural Affairs will give preferential policies to the 52 counties to help them shake off poverty, such as small-sum loans with interest subsidies, skills training and public welfare working posts.

For those whose income has sharply decreased or whose expenditure has suddenly increased due to the pandemic or other reasons, the country would also enact targeted assistance measures for them in advance.

Thus, 833 private enterprises and 228 social organizations have been mobilized to help the remaining 1,113 impoverished villages.

The country is also strengthening supervision on the use of money and poverty relief implementation plans in the 52 counties.