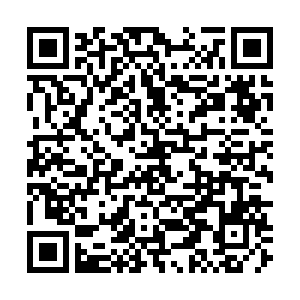 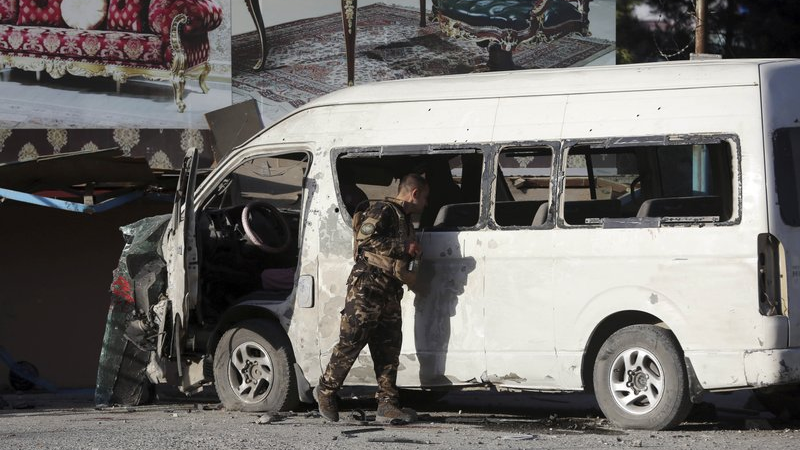 A bus belonging to a local Afghan TV station was hit by a roadside bomb Saturday in Kabul, killing two employees, soon after a top official appointed to lead peace talks with the Taliban said his team was ready for the long-delayed dialogue.

The explosion, which claimed the lives of a reporter and a driver, punctuated an overall reduction in violence that has followed on from a three-day ceasefire the Taliban instigated May 24.

Just hours before the blast, Afghanistan's former Chief Executive Abdullah Abdullah, who has been appointed to head talks with the Taliban, said his team was positioned to start dialogue. He credited the general lull in violence for setting the tone for discussions.

"The ceasefire, a reduction in violence and the exchange of prisoners have all paved the way for a good beginning," Abdullah said at his first press conference since taking on the role.

"The negotiating team is ready to begin the talks at any moment," he said. However, he insisted on a fresh ceasefire during the talks.

Khurshid TV's news director Jawed Farhad confirmed the attack, which left the station's white minibus with extensive damage to its front end. "The target of the blast was the vehicle of Khurshid private TV," the interior ministry said in a statement.

It was the second such attack targeting Khurshid employees in less than a year.

In August 2019, two passers-by were killed when a "sticky bomb," a type of homemade explosive attached to vehicles with magnets, struck a similar Khurshid TV van in an unclaimed attack. 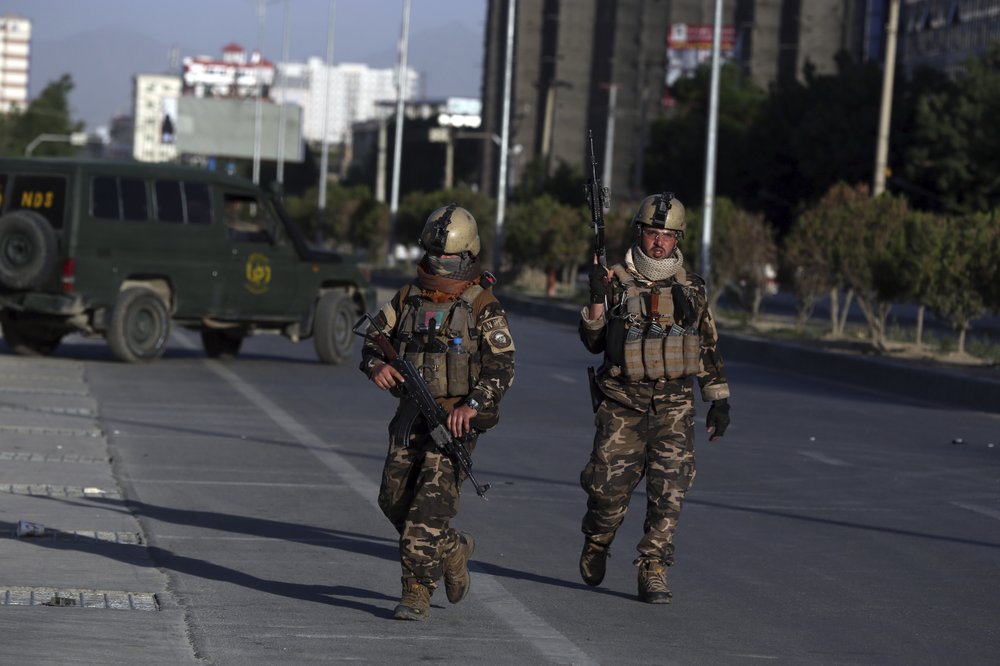 Afghanistan is one of the world's deadliest places for journalists, who face many risks covering the country's long conflict and who have sometimes been targeted for doing their job.

All on the same page

Afghanistan's truce ended Tuesday night but violence since then has stayed relatively low, though government security forces have suffered some attacks that authorities blamed on the Taliban.

The ceasefire and general drop in violence have injected hope into Afghanistan's peace process, which earlier this month looked to be on the verge of collapse because of soaring Taliban violence after they signed a deal with the U.S. in February.

Peace talks were initially scheduled to begin on March 10. Momentum has also built thanks to the government's release of hundreds of Taliban prisoners in recent weeks, as part of a swap that has also seen the militants free government security force captives.

Late Saturday, Afghanistan's National Security Council spokesman Javid Faisal said the government has freed another 710 Taliban prisoners since Friday in an ongoing process that would fulfill its promise to release 2,000 insurgents in response to the Taliban ceasefire.

U.S. President Donald Trump's administration has made it a priority to end America's longest war and withdraw all troops by next May. And the U.S. officials have pushed the Taliban and government leaders to hold peace talks.

Abdullah was appointed to lead the process after he ended his bitter political feud with President Ashraf Ghani earlier this month. He had announced himself as a rival president after rejecting the result of the September election, which incumbent Ghani eventually won amid fraud claims.

With the end of the dispute, the Afghan government appeared unified in terms of the peace process, a member of Abdullah's negotiating team said.

"Now we all are united, all on the same page on the question of peace," Matin Bek, a senior government official said.