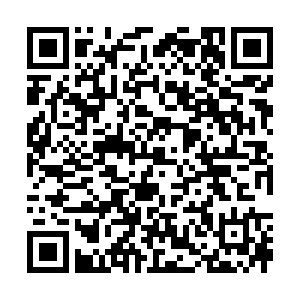 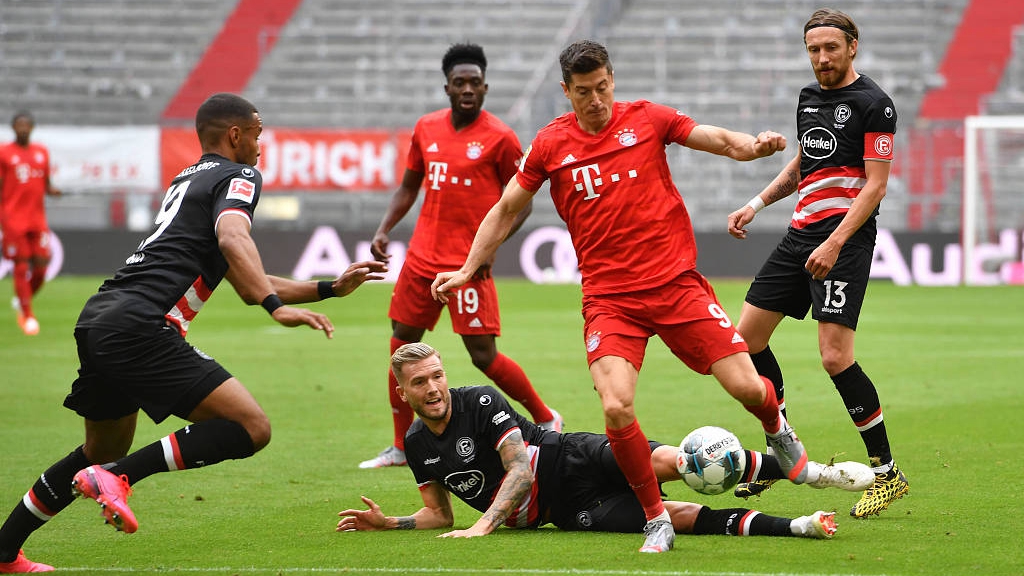 Bayern Munich star Robert Lewandowski is at his predatory best during their Bundesliga clash with Fortuna Dusseldorf, Germany, May 30, 2020. /VCG

Bayern Munich star Robert Lewandowski is at his predatory best during their Bundesliga clash with Fortuna Dusseldorf, Germany, May 30, 2020. /VCG

Bayern Munich opened a 10-point lead at the top of the Bundesliga on Saturday with a 5-0 drubbing of relegation-threatened Fortuna Dusseldorf behind closed doors with the league's top-scorer Robert Lewandowski scoring twice.

With five games left, Bayern, who have won their last eight league games, are comfortably on course for an eighth straight league title.

However, second-placed Borussia Dortmund could trim their lead on Sunday at bottom side Paderborn.

Several records fell as Lewandowski now has 43 goals in all competitions, a season's best for the Poland striker with games in hand.

Also head coach Hansi Flick claimed his 22nd win in his first 25 games, bettering the start made by Pep Guardiola when he took charge in 2013.

Lewandowski, who had never previously scored in six games against Duesseldorf, made amends with goals either side of half-time.

Fortuna, who were unbeaten in their three games since the league resumed after a two-month coronavirus-enforced hiatus, were humbled at the Allianz Arena where they last poached a 3-3 draw in November 2018.

They fell behind on 15 minutes when Joergensen turned the ball into his own net after Pavard mishit his shot. 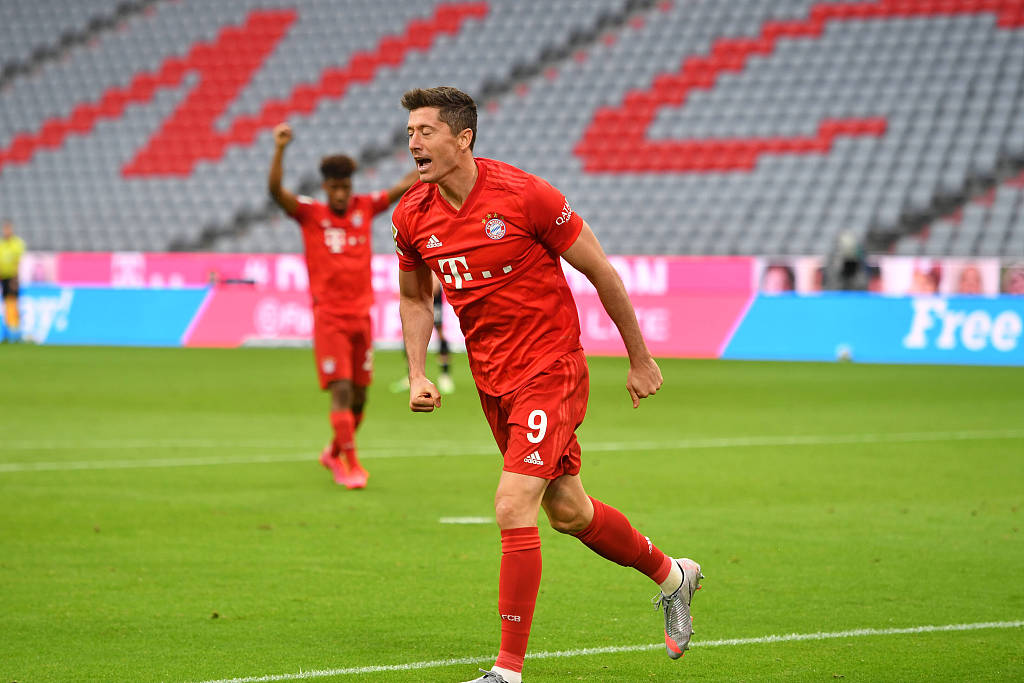 Lewandowski is the leading goalscorer in European football this season, with 29 efforts recorded in the Bundesliga. /VCG

Lewandowski is the leading goalscorer in European football this season, with 29 efforts recorded in the Bundesliga. /VCG

Right-back Pavard then grabbed the second with a powerful header on 29 minutes before Lewandowski made it 3-0 just before the break after being presented with a tap-in by Thomas Mueller.

Duesseldorf were floored with two goals in as many minutes as Lewandowski profited again with another poacher's goal after Serge Gnabry's good work.

Davies then scored the game's best goal. After some high pressing, the Canadian teen won the ball in the Duesseldorf area, barged past a succession of defenders and fired home to make it 5-0 on 52 minutes.

Elsewhere, Midfielder Leonardo Bittencourt scored a first-half winner as Werder Bremen boosted their survival hopes with a 1-0 win at Schalke, who are winless in 11 games and continue to plummet.

Bremen have spent more seasons in the Bundesliga than any other club, but currently sit second from bottom.

They are two points behind Duesseldorf in 16th, which carries a relegation play-off at the end of the season.

Werder could climb out of the relegation places for the first time since December on Wednesday if they beat Eintracht Frankfurt at home. 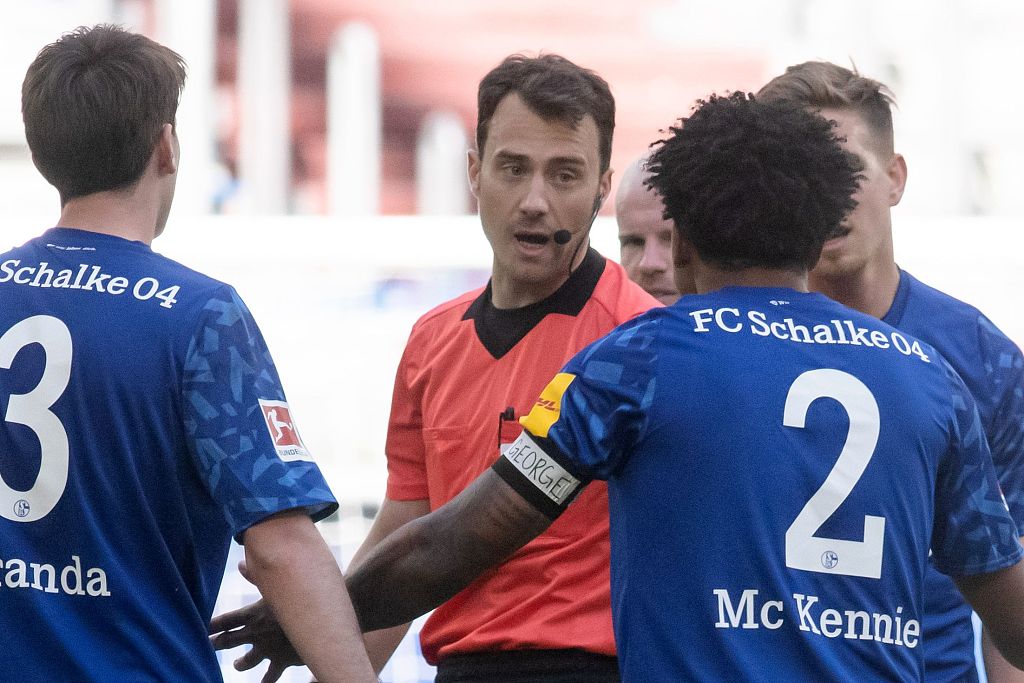 Bittencourt hit a stunning strike from just outside the box which beat Schalke's Bayern-bound goalkeeper Alexander Nuebel on 32 minutes.

In the same game, Schalke's American midfielder Weston McKennie wore a "Justice for George" armband as part of the growing protests over the death of an unarmed black man during a police arrest in the United States.

"To be able to use my platform to bring attention to a problem that has been going on too long feels good!!!," tweeted 21-year-old McKennie. "We have to stand up for what we believe in and I believe that it is time that we are heard."

George Floyd died in Minneapolis in an arrest by a police officer who pinned him to the ground for several minutes by kneeling on his neck.

Meanwhile, Hertha remain unbeaten with three wins and a draw since Bruno Labbadia took charge during the lockdown after their 2-0 win at home to Augsburg thanks for goals by Javairo Dilrosun and Krzysztof Piatek.

Having routed Leverkusen 4-1 away on Tuesday, Wolfsburg crashed to a 2-1 defeat at home to 10-man Eintracht Frankfurt.

Japan midfielder Daichi Kamada scored the winner 10 minutes from time while Frankfurt had replacement midfielder Lucas Torro sent off in the dying stages for a second yellow card.

Hoffenheim are seventh after their 1-0 win at Mainz thanks to Ihlas Bebou who darted into the area, swept past two defenders, and fired home on 43 minutes.

On Friday, Leverkusen went third when Germany midfielder Kai Havertz became the first player in Bundesliga history to score 35 goals before his 21st birthday to seal a 1-0 win at Freiburg.