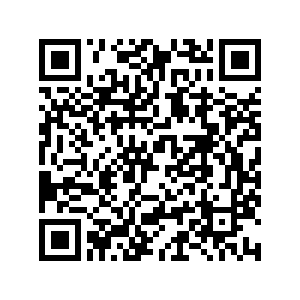 CGTN Nature film crew met weird "tadpoles" in Shennongjia Mountains in central China. But they're exactly tadpoles. They're the babies of babyfish. 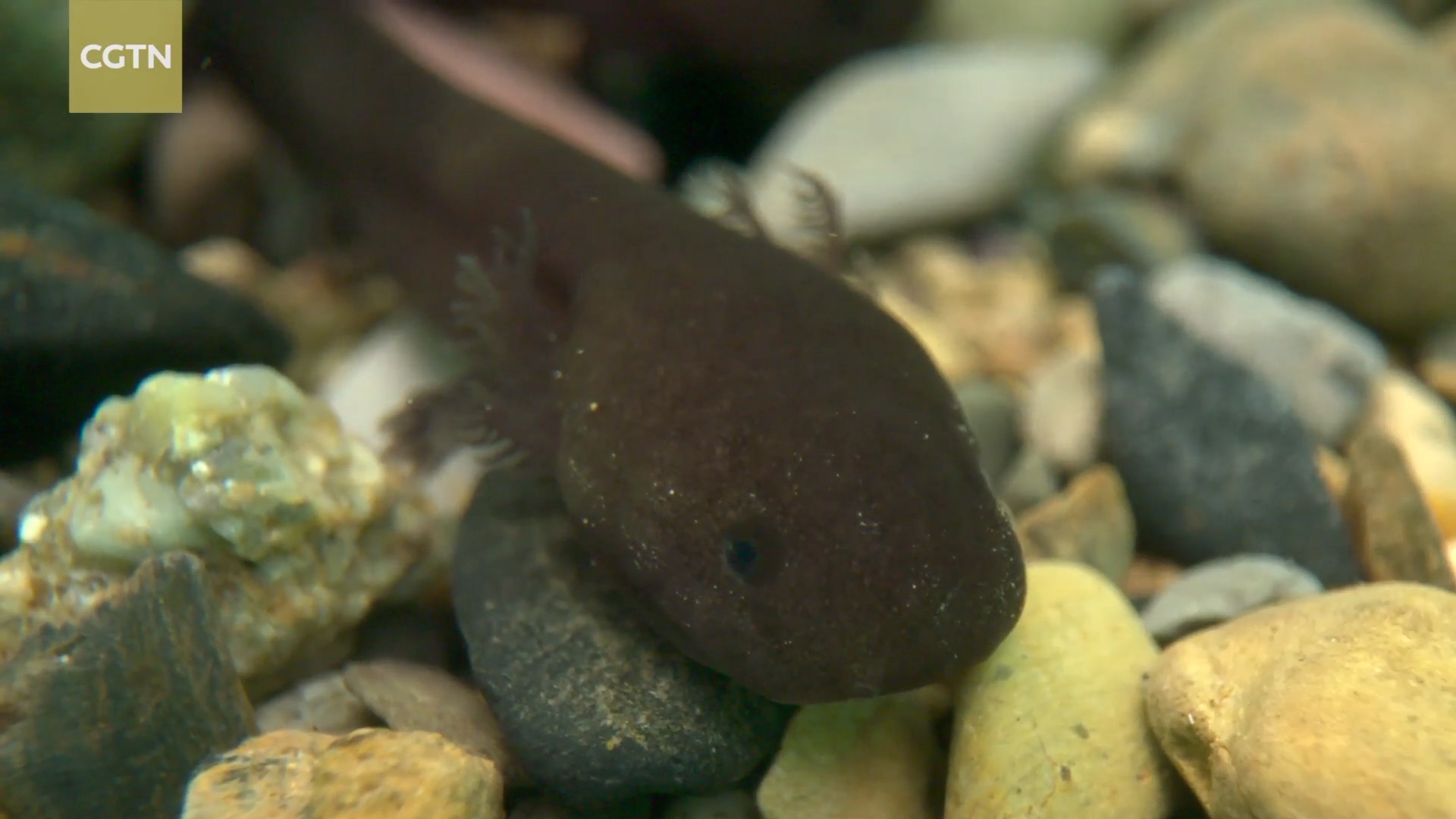 The Chinese giant salamander is called "babyfish" in China because it sounds like a crying baby. However, it is not a fish, but the largest amphibian on Earth, measuring 50 kilograms and up to 1.8 meters. The Chinese giant salamander is endemic to rocky mountain streams and lakes in the Yangtze River basin of central China. It is believed that the species has been roaming the Earth's freshwater for 165 million years, making it a "living fossil" in the animal kingdom. 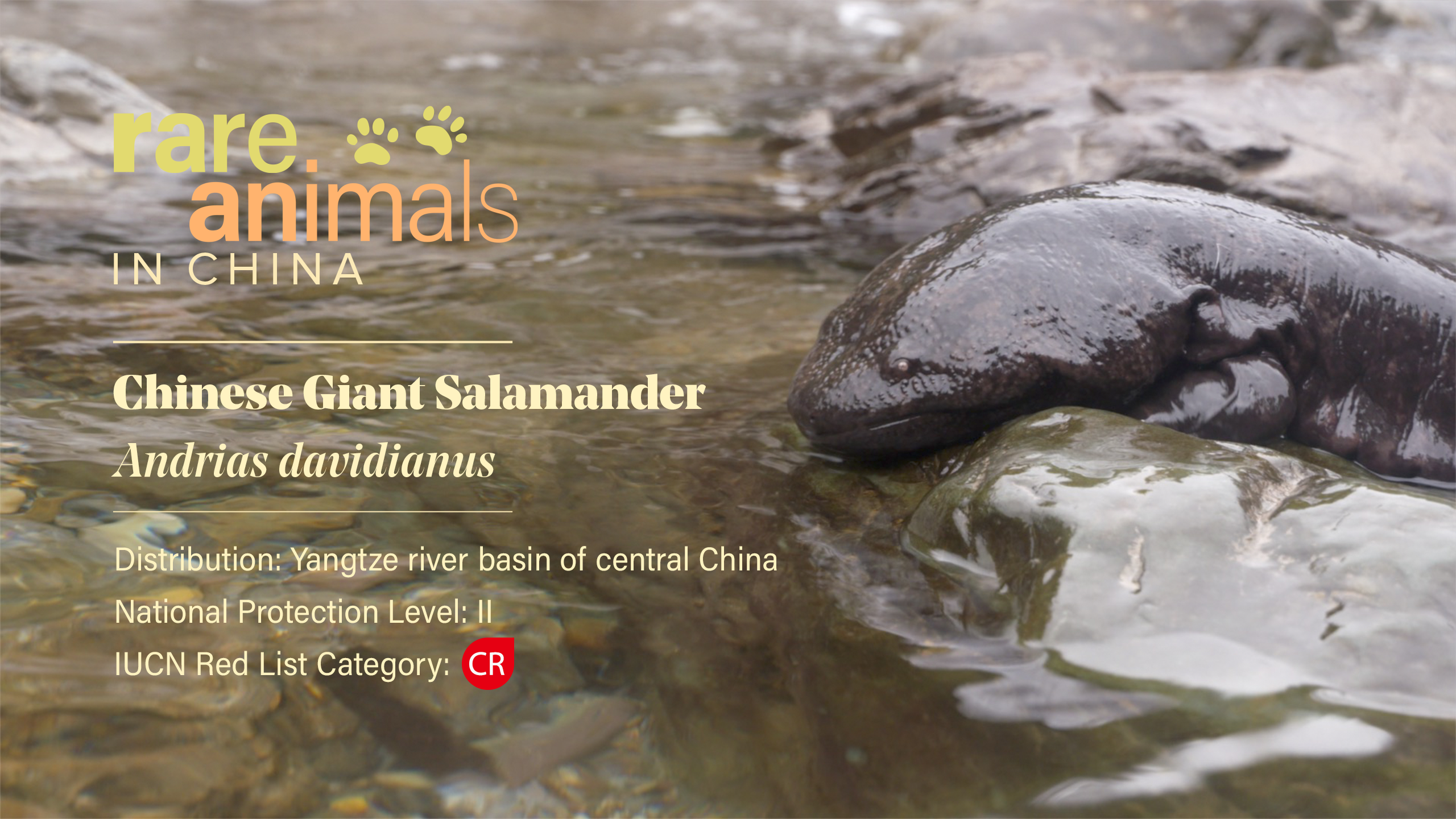 Despite its long history, the Chinese giant salamander has a small and decreasing population in the wild. The main threats come from pollution, overharvesting and habitat loss caused by agricultural and mining activities. Global warming is also threatening the species. During the last few decades, its population may have dropped by as much as 80 percent. On the IUCN Red List of Endangered Species, it is categorized as "critically endangered." 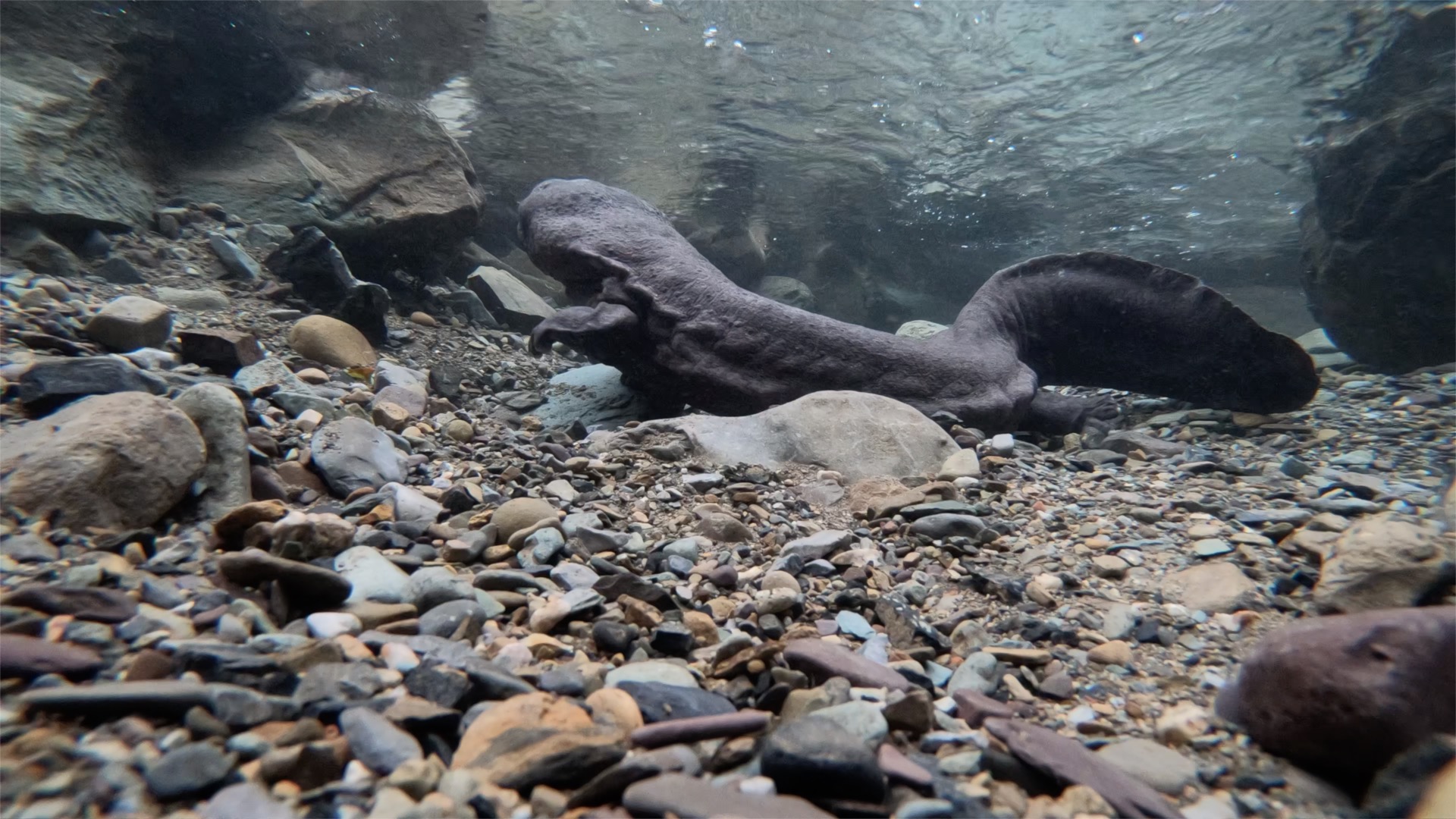 In China, salamander farms are developing in several provinces. Though millions of Chinese salamanders live in captivity, the state of the ones in the wild is still not optimistic. It is estimated that the wild population counts fewer than 50,000 individuals in the country, vulnerable to viruses and water pollution.

China is taking measures to protect the species. It is under second-class protection, meaning that poaching and trading of these salamanders are illegal in the country. Efforts have been made to create reserves and faux habitats for the species to live and breed without worries of soiled water. Concrete dams that destroyed the salamander's habitat are now fitted with stairs, so that the animal can easily navigate the dam and make it back to its home.

How many rare animals in China can you list? The panda, red panda, snub-nosed monkey, snow leopard ... We might help you name 100 – or even more.

China is home to a rich biodiversity. This series focuses on the rare animals that inhabit China and are under national protection. They need us, and the first step for protection is to learn about them.