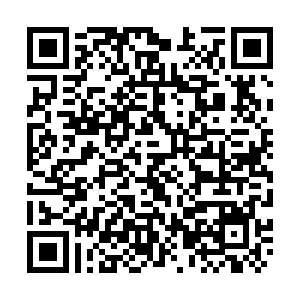 Children's Day is not only a happy day for kids but also for the online platforms that have been selling educational content for them during the coronavirus pandemic.

In celebration of this year's Children's Day, audio-streaming site Ximalaya has launched a new children's education product, Illustrated Reader, which targets children under 12. The company's platform now carries more than 100 series, including entertainment offerings like Peter Rabbit and the Octonauts, but education programming is their new growth area.

"During the outbreak, we saw a spurt of growth in demand for children's content and the amount of time spent on those offerings. Seeing that trend, we integrated all our children's resources. This reader is perfect for them," said Zhou Jiming, the general manager of the Parent-child Business Division at Ximalaya.

Ximalaya is continuing its search for children's content. It has just launched the online course and picture book Oxford Reading Tree in cooperation with Oxford University Press. It has also just announced a cooperative agreement with bookstore Yanjiyou in a bid to share consumers across both markets.

The demand for children's content has seen steady growth this year. Between January and May, children's programming sales on Ximalaya jumped 68 percent compared to the same period last year. Children's book sales at Yanjiyou saw a year-on-year increase of 20 percent.

"You couldn't go out during the outbreak, so I bought English and Chinese courses online for my son. The study time is flexible, and my husband and I could accompany him after work. The classes were short, around 15 minutes, and he liked them," the mother of a kindergartner, surnamed Xiong told CGTN.

With the market growing quickly, more content providers are finding more ways to get themselves in front of children. Qingting FM's service now comes preinstalled on more than 20 million children's smart devices, bringing them popular programs like Monster Master and Transformers. Ximalaya now offers a single app for children, giving one-stop access to all content aimed at those under 12.

Experts said content providers are right in gearing up now for an expanding market.

"They do see young children market is a blue ocean for them. Right now, there aren't a lot of sizable players. We are now seeing Generation Y and Generation Z become new parents. In their generation, they grew up attending a lot of enrichment classes. So, when they have children, especially second children, they are more than willing to spend a lot of money on a lot of content," said Claudia Wang, a partner at consulting firm Oliver Wyman.

But with increasingly active players in the market, the challenge, as usual, will be for the platforms to maintain viewer loyalty.

Wang said getting new users to come back for other services can be a challenge for providers, as sometimes parents will go with whoever has promotions or gives a better discount. To get around this recommends that providers think outside the box and perhaps tailoring some of their content to special age groups.

"I will push them to think about, even if it is for zero to six years old, this is for reading," Wang said. "Do you have any special IP, exclusive IP for yourself? You have to further digitalize your content. You have to make it more interactive."

"Right now, I don't  see a lot of audio content players doing that, but I do see the trend is like they are going to compete with each other in the future," she said.

Wang said the boundary between professional education content and entertainment offerings is becoming blurred. Noting that China's school entrance examinations are in the process of reform, she said online platforms should pay increasing attention to subjects outside the school curriculum, as even online these days, it's not only about math or reading, and physics or chemistry.