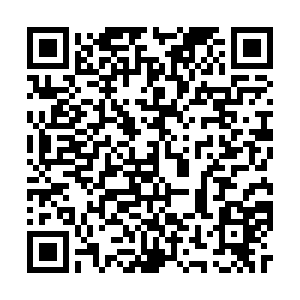 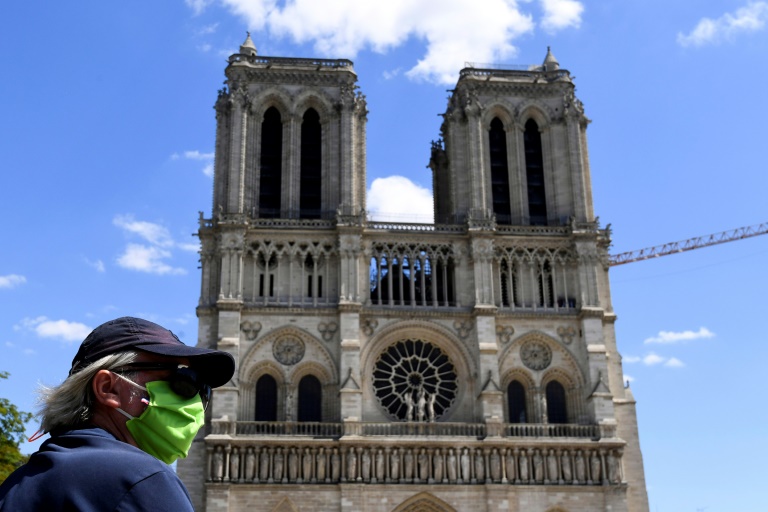 The square in front of Notre-Dame cathedral in Paris was reopened Sunday for the first time since the fire that destroyed its roof on April 15, 2019. /AFP

The square in front of Notre-Dame cathedral in Paris was reopened Sunday for the first time since the fire that destroyed its roof on April 15, 2019. /AFP

Paris officials on Sunday (May 31) removed the tall metal barriers surrounding the square in front of Notre-Dame cathedral, offering visitors a close-up look at the Gothic monument for the first time since the devastating fire that struck the French capital's landmark in April last year.

"It's almost a form of rebirth today," Paris Mayor Anne Hidalgo, wearing a face mask, said in a short address to journalists while visiting the site with the cathedral's rector Patrick Chauvet.

"Notre-Dame is the soul of Paris... It's a site that doesn't fail to impress you," she said.

The square began to fill up under sunny afternoon skies as word of the unexpected reopening spread.

"Notre-Dame is our symbol, more than the Eiffel Tower," said Stephanie Cadillon, a librarian. "We wanted to see how it had changed." 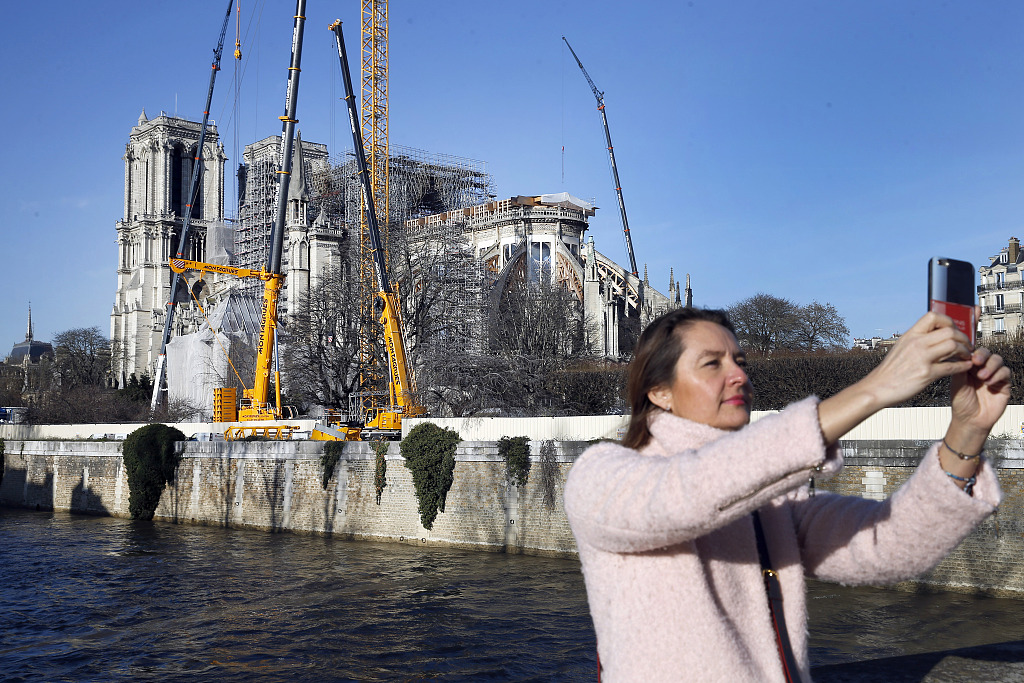 A tourist takes a selfie with Notre-Dame cathedral more than eight months after the fire that ravaged the emblematic monument in Paris, France. /VCG

A tourist takes a selfie with Notre-Dame cathedral more than eight months after the fire that ravaged the emblematic monument in Paris, France. /VCG

The monumental facade and arched entrances remain blocked, however, behind beige security barriers as workers prepare to resume restoration work as France's coronavirus lockdown is lifted.

The plaza was closed off shortly after the blaze on April 15, 2019, that nearly destroyed the 13th-century church, which millions of people watched on live TV worldwide.

The fire completely consumed the oak beams and more than 300 tons of lead panelling in the roof, spewing toxic lead particles into the air as they melted.

Heavy concentrations of the metal settled on the square and nearby streets that proved particularly difficult to remove, sparking fears that residents could be exposed to poisoning.

Several schools were closed for weeks as workers decontaminated classrooms and playgrounds, and restoration work was halted after authorities demanded face masks and other protective gear for workers. 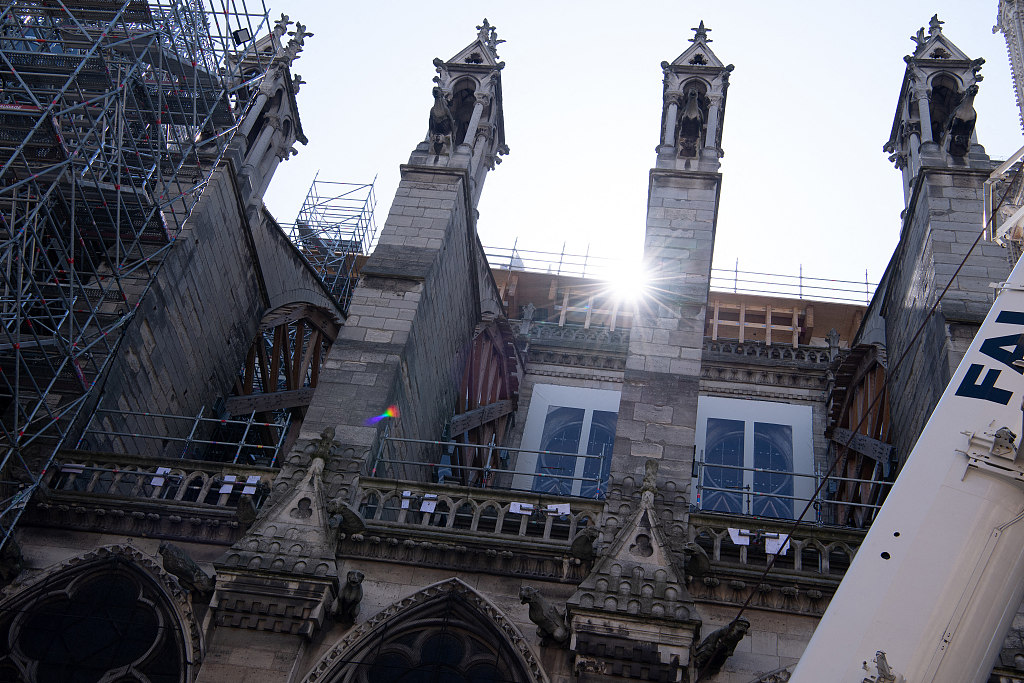 But the regional ARS health authority gave its approval Friday for reopening the site, which will be cleaned regularly as the renovation work slowly resumes.

Despite the delays, President Emmanuel Macron reiterated last month his goal of restoring Notre-Dame to its former glory by 2024.

Workers must still remove a tangled web of metal scaffolding that fused in the blaze, which erupted while the cathedral was undergoing restoration work on the roof.

The metal tubes must be cleared so that a more durable temporary roof can be installed to protect the cathedral's priceless artworks from rain, and actual restoration work might not begin until next year.