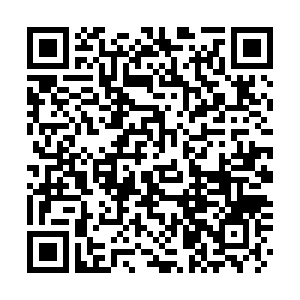 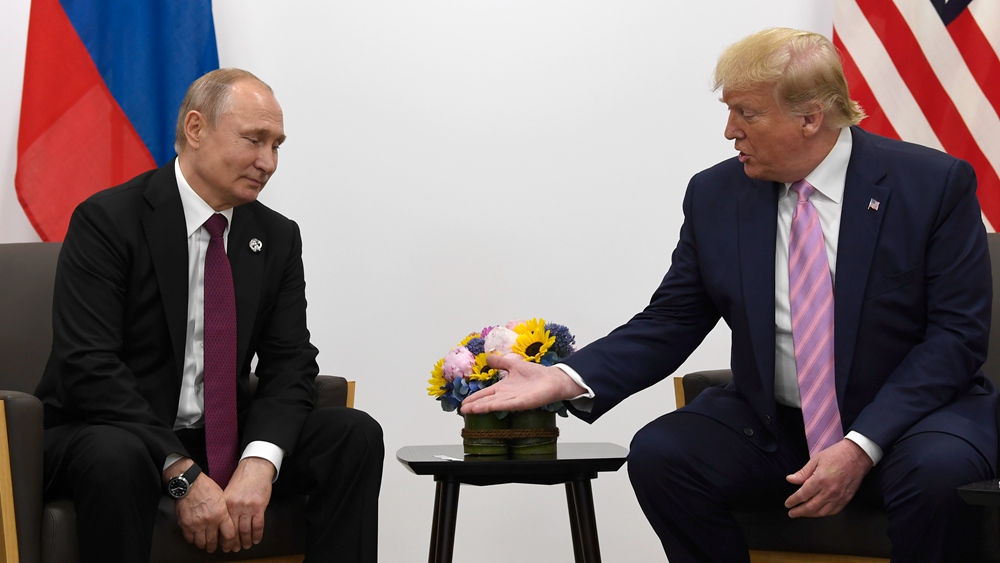 U.S. President Donald Trump (R) reaches out to shake hands with Russian President Vladimir Putin during a bilateral meeting on the sidelines of the G20 summit in Osaka, Japan, June 28, 2019. /AP

U.S. President Donald Trump (R) reaches out to shake hands with Russian President Vladimir Putin during a bilateral meeting on the sidelines of the G20 summit in Osaka, Japan, June 28, 2019. /AP

The Kremlin said on Monday it needed more details before responding to U.S. President Donald Trump's proposal to invite Russia to attend a Group of Seven summit, but that President Vladimir Putin supported dialogue on the issue.

"President Putin is a supporter of dialogue in all directions, but in this case, in order to respond to such initiatives, we need to receive more information, which we unfortunately do not have," said Kremlin spokesman Dmitry Peskov.

"We don't know the details of this proposal yet, we don't know if it is official," he said, adding that Moscow needed to know what might be on the agenda of the proposed meeting and its format, before responding.

Trump said on Saturday he would postpone a G7 summit he had hoped to hold next month until September or later and expand the list of invitees to include Australia, Russia, South Korea and India, as he called the G7 "a very outdated group of countries."

Describing the event as a "G-10 or G-11", Trump said he had "roughly" broached the topic with leaders of the four other countries. 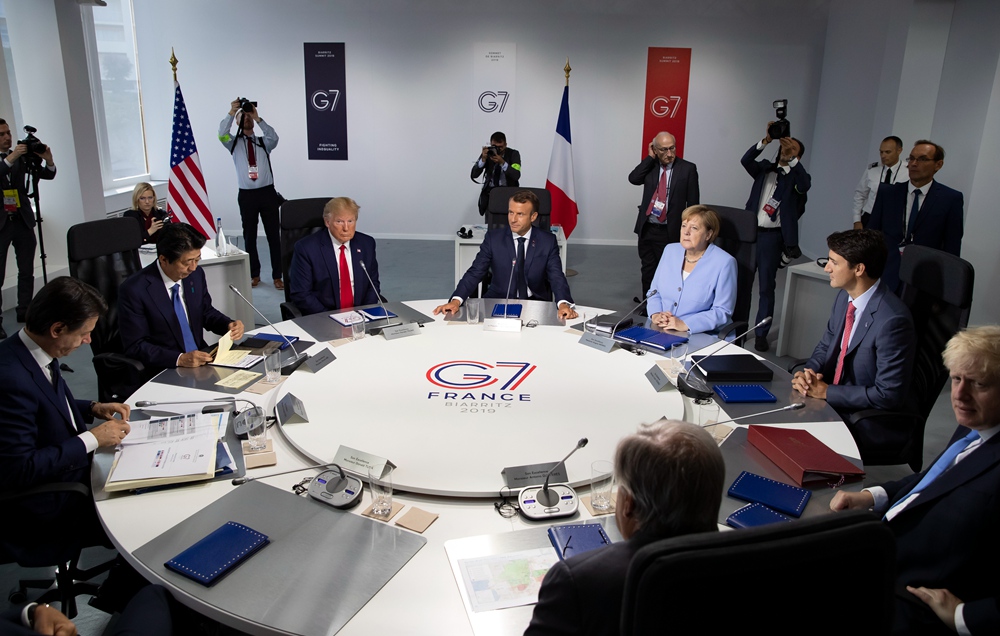 A work session of the G7 summit was held in Biarritz, southwestern France, August 26 2019. /AP

A work session of the G7 summit was held in Biarritz, southwestern France, August 26 2019. /AP

Russia was part of the Group of Eight along with the seven nations, but its membership was ended after it incorporated Crimea in 2014. Trump has previously said he supports returning Russia to the G7.

Peskov said other formats such as the G20 gave Russia a platform to discuss international issues with other countries.

"There are very comfortable and effective mechanisms for all participants for international dialogue, such as the G20, which allows the world's leading economies to discuss the most pressing problems," he said.

Some Russian analysts believe Moscow should regard Trump's potential invitation with skepticism.

"Trump's intention to invite Putin as a guest of the #G7 makes no sense for Russia. All blame, no gain is what it'll get. This chapter should remain closed," Dmitri Trenin, director of the Carnegie Moscow Center and a former colonel in the Russian army, wrote on Twitter on Sunday.