Struggling and worried about survival, cinemas brace for what's next
By Wu Yan 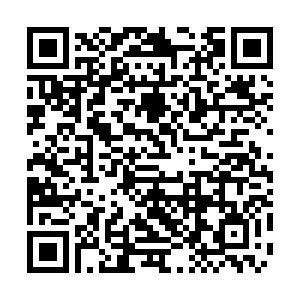 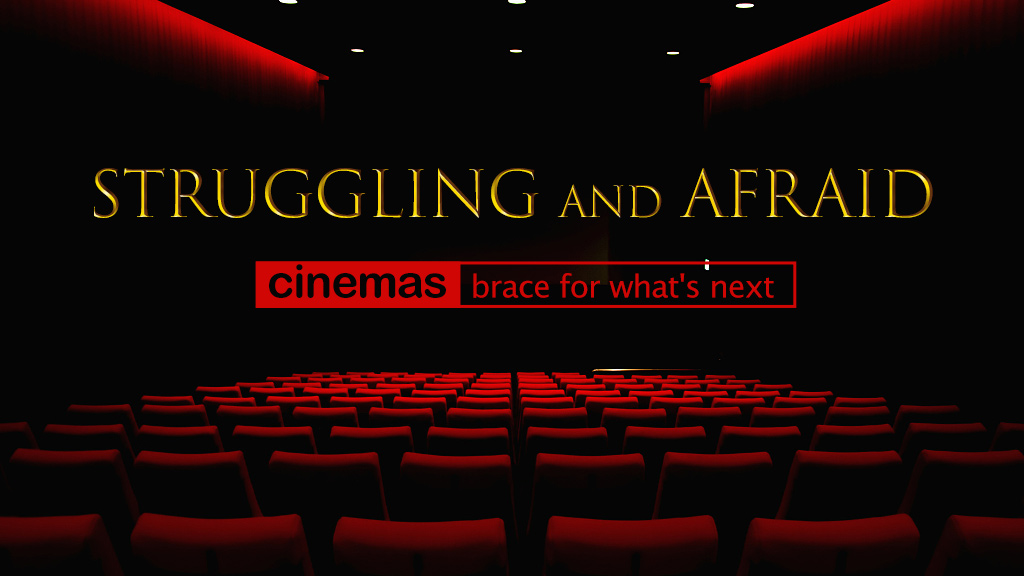 Several months ago, no one expected the impact of the coronavirus on cinemas to be this long and deep.

All cinemas across China have been closed since the end of January, meaning it missed popular movie periods including the Spring Festival, Valentine's Day and May Day holiday.

How are the struggling cinemas? Will they reopen as many expect in June?

Although more than 500 cinemas in low-risk regions reopened in late March, ticket sales were far from expectations.

Most cinemas only had less than 100 viewers a day. A cinema in the Xinjiang Uygur Autonomous Region revealed their daily box office: 1,000-2,000 yuan (280 U.S. dollars). About a week later, the China Film Administration put this to an end, requiring that all movie theaters close again.

But some cinemas couldn't wait any longer. On April 17, a popular cinema in Tianjin Municipality closed its doors forever after running for 2,752 days.

To live or to die? Cinemas have taken measures to save themselves.

Since as early as February, some started to sell snacks online and advertising on social media platforms, such as WeChat, Weibo, and partnering with food delivery platforms.

A Bona Cinema in Wuxi, east China's Jiangsu Province, introduced flash sales. Roasted sausages, soft drinks, and ice cream were for sale and if the total value reached 68 yuan, it meant free delivery. A staff member said the food sold well because of the low price. 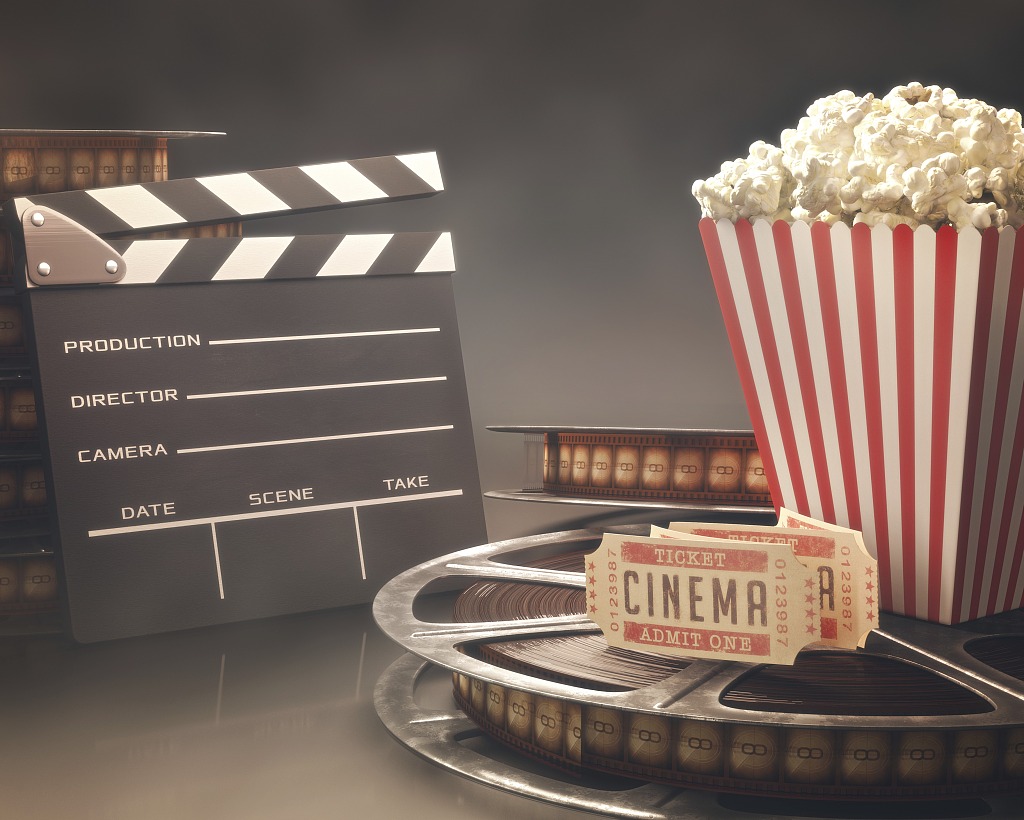 Some cinemas sell snacks online to survive amid coronavirus. /VCG

Some cinemas sell snacks online to survive amid coronavirus. /VCG

Shrewd cinemas tapped into the increasingly popular tactic of livestreams. To retain customers, staff members at a Wanda cinema in Shanghai sold movie ticket coupons, cultural and creative products as well as snacks via live broadcasts.

Even some cinemas innovatively turned their space into scenes for photographers. The screening rooms have been offered for online booking as the background for wedding photos and personal photos. The alluring advertisements read couples can review memories of their sweet love in this way.

In other countries, cinemas also came up with imaginative solutions.

South Korea was among the first in the world to reopen some of its cinemas at the end of April, with various social distancing measures taken in place to avoid human interaction.

Japan, home to the world's third-largest box office, reopened its cinemas in phases starting mid-May in the least affected regions, followed by some European countries and even some states in the U.S.

In China, although the State Council on May 8 allowed cinemas and other entertainment venues across the country to reboot, many cinema operators are still waiting it out. Why?

A guideline released by Beijing authorities back in February stipulates that cinemas should keep seats in every other row and every other seat empty in the same row. It also requires a complete sanitation in the screening room after every movie.

Some operators feared that the low attendance and extra fees on sanitation would lead to a direct loss. 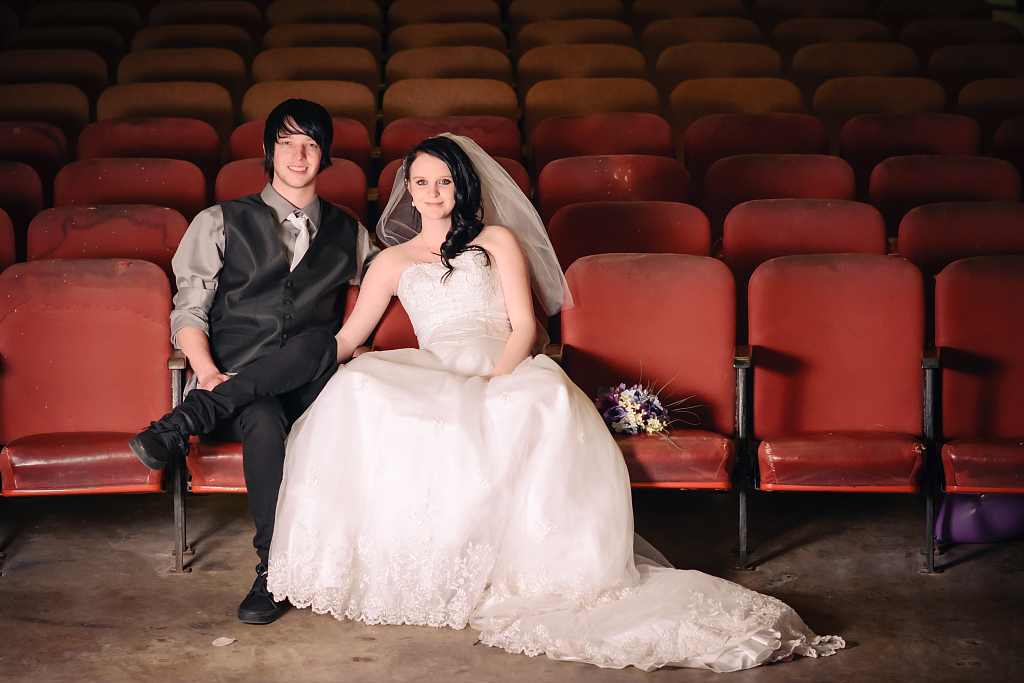 A couple takes a wedding photo at a cinema. /VCG

A couple takes a wedding photo at a cinema. /VCG

Whether or not people want to come back is another question.

According to a survey initiated by the China Film Association, moviegoers mostly want to watch new films in theaters after the epidemic, which echoes the sentiment among cinema operators. More than 90 percent of theaters believe new films, whether they are home-made or imported, are the main factor to draw people back.

Back to the short reopening time in March, it was a batch of blockbusters from a couple of years ago, such as "The Wandering Earth" and "Capernaum," rather than new films, that were being screened in China.

From Japan to Germany, reopened cinemas have offered a mix of old Hollywood films, recent home-made hits and holdovers like Oscar-winning "Parasite" that were screened in cinemas before the closures.

Since few film announced to release in June so far, old films seem to be the only choice if cinemas reopen.

If winter comes, can spring be far behind?

As rough start as it is, there is still hope. Governments of different levels have introduced favorable policies to help struggling cinemas.

Since February, municipalities such as Beijing and Shanghai and provinces such as Liaoning and Shaanxi as well as other regions have helped companies by providing subsidies, exempting social insurance and offering loans.

A survey shows that by the end of April, 40 percent of the cinemas said that they have benefited from the policies. 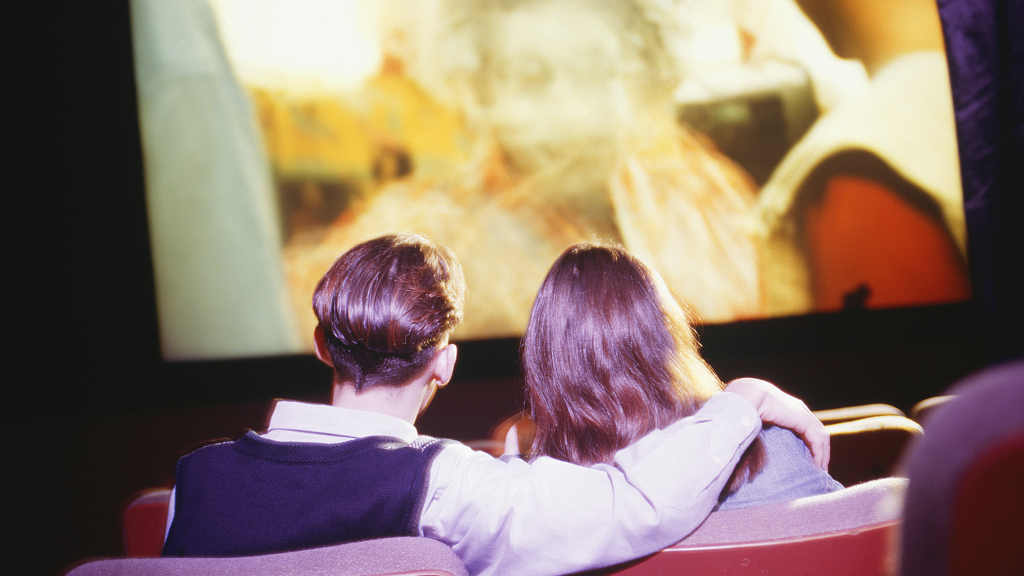 A couple watches a film at a cinema. /VCG

A couple watches a film at a cinema. /VCG

In May, the Ministry of Finance, the State Taxation Administration and the China Film Administration further announced they would exempt some taxes and fees for the movie industry, including the value-added tax (VAT).

It is estimated that for a cinema with a box office of 10 million yuan per year, the policy can help it reduce about 300,000 yuan in costs.

The exemption encouraged the whole industry and boost confidence, said Liu Jianxin, a manager of a cinema in Beijing.

With the majority of students returning to schools in China in June, there is a popular belief that June may be a right time to reopen long-awaited cinemas.

With a batch of highly-anticipated films, such as Disney's live-action remake "Mulan," scheduled to release in July, cinemas may welcome their spring eventually.

"The box office in June may be poor. It may gradually rise up in July and come back to normal in August," estimated Manager Liu. "We hope the market will boom in the National Day holiday."