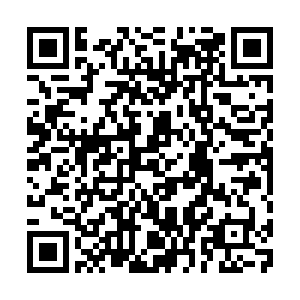 Several American media outlets reported that U.S. President Donald Trump was briefly taken to an underground bunker on Friday during protests outside the White House over the death of George Floyd, the black man killed in police custody in Minneapolis last week.

Hundreds of people gathered across the street from the White House in Lafayette Square Park on Friday afternoon, and some threw rocks and tugged at police barricades just outside the executive mansion.

The White House was temporarily locked down.

Citing a White House official and a law enforcement source, the New York Times and CNN reported that Secret Service agents rushed the president, First Lady Melania Trump and their son, Barron, to an underground bunker.

Trump was there for a little under an hour before being brought upstairs.

A source told CNN that "if the condition at the White House is elevated to RED and the President is moved" to the Emergency Operations Center "Melania Trump, Barron Trump and any other first family members would be moved as well."

"The Lamestream Media is doing everything within their power to foment hatred and anarchy. As long as everybody understands what they are doing, that they are FAKE NEWS and truly bad people with a sick agenda, we can easily work through them to GREATNESS!" he tweeted.

In times of emergency, the Secret Service will quickly move the president into an underground area of the White House known as the Presidential Emergency Operations Center.

The underground bunker was where then-Vice President Dick Cheney was rushed to on September 11, 2001, when terrorists hijacked four commercial airlines.

Floyd's death sparked one of the highest alerts on the White House complex since the September 11 attacks in 2001. In the days since, security at the White House has been reinforced by the National Guard and additional personnel from the Secret Service and the U.S. Park Police.

On Sunday, the Justice Department also deployed members of the U.S. Marshals Service and agents from the Drug Enforcement Administration to supplement National Guard troops outside the White House, the AP reported, citing anonymous sources from the department.