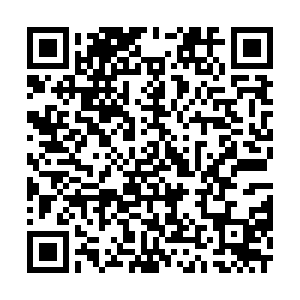 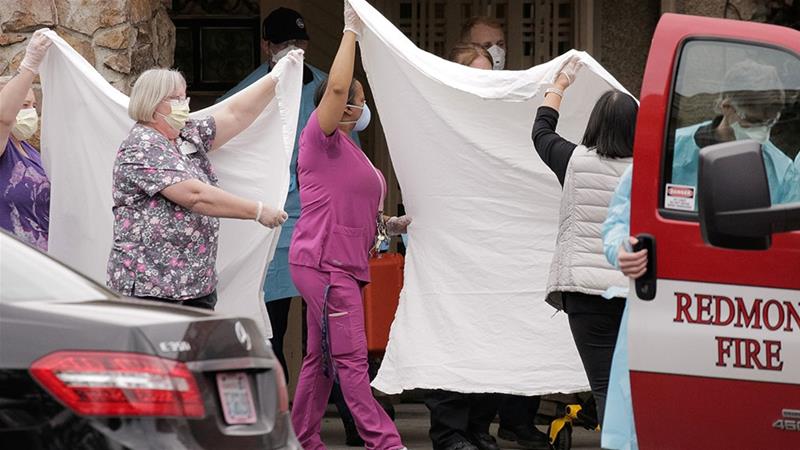 Donald Trump's press conference concerning China on Friday saw the president launder a long list of complaints against Beijing in which he framed as a "pattern of misconduct" which has lasted "for decades." Whilst the conference was unique in that he accused China of ending Hong Kong's autonomy, he also repeated a number of longstanding accusations that "they've ripped off the United States" for "hundreds of billions of dollars a year" as well as "raided our factories, off shored our jobs, gutted our industries, stole our intellectual property and violated their commitments under the World Trade Organization."

Are these claims true? And does this conference represent a decisive escalation in Trump's own rhetoric from China? Such accusations are hardly new, the Trump administration and his supporters have long simplified global commerce between the U.S. as a zero-sum game whereby one party benefits exclusively at the complete expense of the other, and therefore by logic claimed that China's development, which he moaned still held the status "developing country" at the World Trade Organization, is subsequently responsible for all America's problems which according to the conference past administrations allowed them to get away with. This is a frequent sell to his supporters.

In doing so, the press conference sought to parrot the longstanding line which paints China as one single, unified and malevolent actor which acts in complete tandem and unity to gain advantage over the U.S. in the fields of business and commerce. This generalization persistently overlooks that there are many companies and individuals in China who have sought to do business under their own agency and initiative, than being a part of an overarching gland plot, and that American businesses and corporations themselves have sought to do business in China, with the purpose of exporting back to the United States. 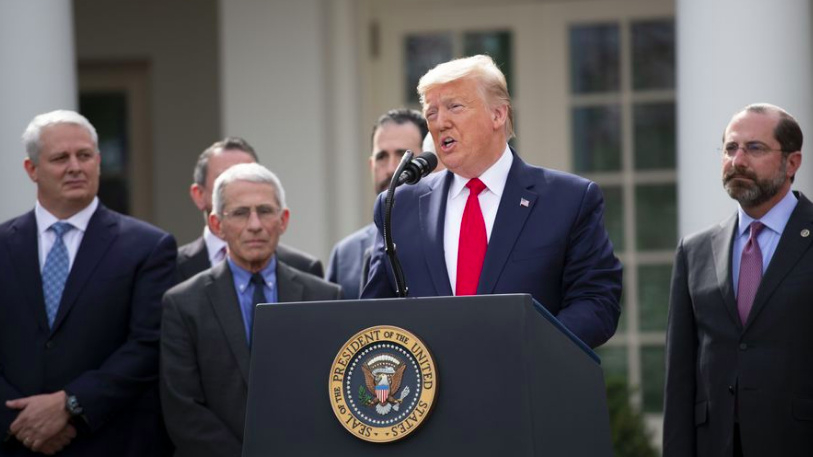 In doing so, Trump's rhetoric has long sought to completely deny that it was in fact Americans themselves who off shored their industries, not China. Its zero-sum rendering has sought to downplay, ignore and dismiss any benefits in the bilateral relationship with the two countries. You never heard from the president as to how Chinese investment in the U.S. stood at 180 billion U.S. dollars between 2005 and 2019, that China's enormous consumer market has provided American companies within China with untold benefits, which Chinese students contribute up to 14 billion U.S. dollars a year to the U.S. economy.

This builds into his long and misleading mythology that China's own technological achievements are fueled on the back of "intellectual property theft" - This is a claim never given serious scrutiny by the media and accepted as a passive fact. Whilst intellectual property theft can happen, it nevertheless makes a sweeping generalization that overlooks the fact that Chinese companies have often paid billions to the U.S. in the legitimate export of intellectual property, as set by the U.S. trade representative office, with America holding a surplus in the export of services to China because of this. It also overlooks America's long and deep history of doing the same to other countries.

In regurgitating these things, what was the conference truly all about? Why did he need to re-emphasize them now? For some it may have marketed itself as a new and unprecedented tougher line on China, yet in practice it hardly lived up to this, containing little new in substance rather than a rehashing of long-standing claims to peddle to his supporters.

Whilst of course one must take his announcements on Hong Kong into consideration given the events of that week, the speech above all rendered itself more of an electoral pitch than a pivotal foreign policy turning point above all. The fact that the administration carefully told the press beforehand that it was not implementing any new tariffs, illustrated this wasn't as strong as it appeared.

Thus, in doing so, Trump's priorities focused on playing the China card to distract from his own growing failures which has rendered the country in a state of chaos. His efforts to pour blame on Beijing over the COVID-19 situation in the U.S. want the public to overlook his own disastrous management of the virus which has seen U.S. attain over 1.8 million cases, far more than anywhere else in the world. Then in addition, is as being widely pointed out, an attempt to reaffirm blame for the country's problems on China as pressure from the growing unrest over George Floyd begins to mount.

Therefore, in doing so, Trump did not offer anything remarkable or insightful in his press conference, but turned to the same old tired, worn and nonsensical mythologies designed to project the anger and disgruntlement of his core support onto Beijing as the apparent source of the United States' problems in the view to his own electoral gain. As America burns, the president has nothing original, truthful or thoughtful to say.