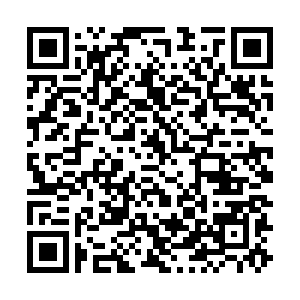 In May this year, U.S. think tank Rand Company published a report, saying it detected suspect preschool facilities that housed children of Xinjiang Muslims who were relocated in the so-called re-education camps, suggesting that the schools were not just providing housing but also providing re-education programs.

"Xinjiang has always attached great importance to education, always insists that education should be given priority in its overall development with ever-increased input to ensure that every child in Xinjiang has access to enjoy equal and qualified education," an education official from Xinjiang's Hotan City told reporters at a press conference on Monday.

The official said preschool education in Xinjiang has guaranteed the right to education for all children and won support from people of all ethnic groups.

In recent years, Xinjiang has invested 16.3 billion yuan (2.28 billion U.S. dollars) in building, renovating or expanding 4,408 rural kindergartens and preschool education is now free in all rural areas in Xinjiang.

Kashi, Hotan, Aksu and Kizilsu Kirghiz autonomous prefectures are the most impoverished areas in southern Xinjiang. Lifting all the impoverished counties out of poverty and eliminating absolute poverty there are one of Xinjiang's top priorities.

The year 2020 marks a year when China aims to achieve a decisive victory in building a moderately prosperous society in all respects and eliminate poverty.

The official said Xinjiang will take targeted measures to reduce poverty and make sure that impoverished people who have been lifted out of poverty don't return to poverty again.

Provincial-level officials are sent to counties and prefectures to supervise and guide poverty alleviation work.

Xinjiang will make good use of the poverty relief fund, said the official. Xinjiang set up the fund in 2017 and the money is used to guarantee people's income and employment once there are possible risks in the process of fighting against poverty.

The official said they will continue to stimulate the enthusiasm, activity and creativity of the poor people and guide them to change their destiny through their own efforts.

Xinjiang vowed to win "double victory" in both epidemic containment and socio-economic development, the regional government's spokesperson said during the press conference.

Noting that Xinjiang has seen no new confirmed COVID-19 cases for more than 100 days, the official said Xinjiang is among the earliest in the country to restore normal production and life order.

According to the spokesperson, in the first quarter, the regional GDP registered 305.551 billion yuan (42.8 billion U.S. dollars), down by only 0.2 percent year on year but higher than the national average by 6.6 percentage points.

The added value of industrial enterprises above designated size increased by 3.4 percent year on year in the first four months with 110.079 billion yuan, he added.

Saying 2,118 industrial enterprises above designated size in Xinjiang have all resumed production, the spokesperson also noted from January to April, the railway freight volume reached 54.816 million tons, up 20 percent year on year.

Efforts are made to ensure accountability for food supply, and maintained overall stable supply of main agricultural and sideline products, the official noted, adding in the first quarter, the planting areas of crops in the region increased by 23.18 percent year on year, and that of wheat has completed 13.2 million mu (880,000 hectares), or 97.35 percent of the target.

He also mentioned fiscal and tax policies have been increased to help small,  medium-sized and micro-enterprises and individual businesses return to work. "Through tax abatement, waiver, deferral and refund, compensation and clearing up defaults, we have reduced their burdens by 17.45 billion yuan."