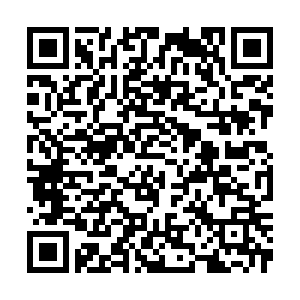 Rodrigo Maia, the speaker of Brazil's lower house of Congress, said during an online event on Monday that he would decide whether to open impeachment proceedings against President Jair Bolsonaro at "the appropriate time."

While Maia did not rule out opening such a proceeding, he said Brazil's most pressing concern was unity in the face of the coronavirus outbreak, adding that he did not want to put "more wood in the fire.”

The speaker's comment came following the launch of a high-profile opposition movement and the publication of its manifesto. The document, published by prominent figures from across the aisle on Saturday, called for a united front to protect Brazilian democracy and lives amid growing alarm over Bolsonaro's authoritarian outbursts and his downplaying of the coronavirus pandemic.

Those who endorsed the movement's creation included leading lights of Brazilian academia, culture and politics and some of them have repeatedly emphasized the dangers of having Bolsonaro as president.

"Bolsonaro sometimes comes across as a caricature, something comical. But he's dangerous – he and the followers of this fanatical far-right sect are dangerous," said Flávio Dino, a prominent leftist politician who joined the Movimento Estamos Juntos (We're In This Together Movement).

The country has so far confirmed more than 529,000 cases, highest only after the United States, and the death toll has recently surpassed 30,000.

Amid the almost weekly pro-Bolsonaro rallies, the president, who had previously joined these demonstrations himself several times, Monday came to urge his supporters to halt protesting against the Supreme Court. The move came after counter-demonstrations triggered violent clashes on Sunday.

"Leave things alone on Sunday," the far-right leader said, referring to the protests. He spoke at the gates of his official residence the day after he greeted supporters on horseback at a rally against the country's top court. 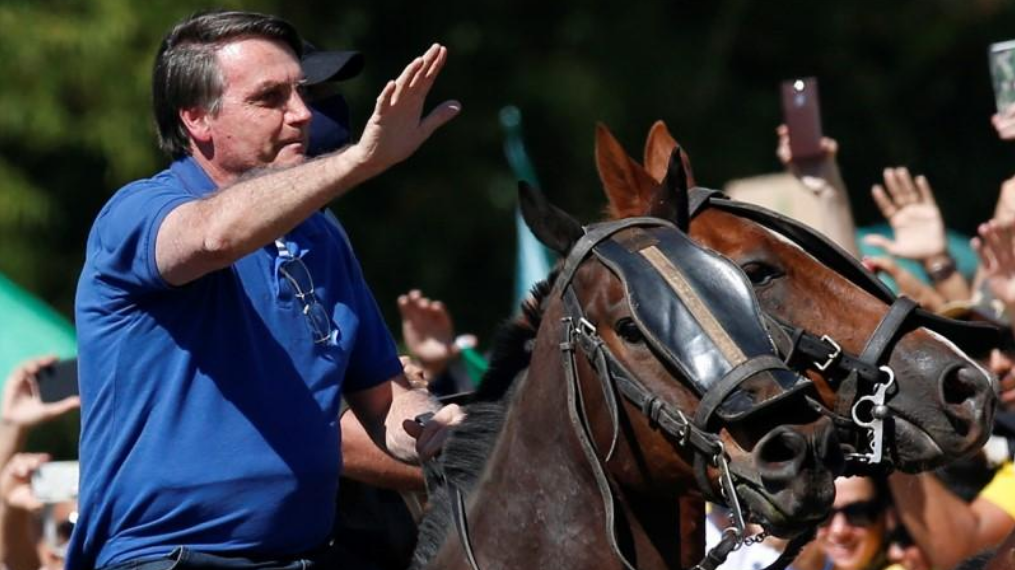 Brazil's President Jair Bolsonaro rides a horse during a meeting with supporters, amid the COVID-19 outbreak, in Brasilia, Brazil May 31, 2020. /Reuters

Brazil's President Jair Bolsonaro rides a horse during a meeting with supporters, amid the COVID-19 outbreak, in Brasilia, Brazil May 31, 2020. /Reuters

The court previously authorized an investigation into the president for allegedly interfering with police appointments for personal motives, while the judge heading that probe has compared Bolsonaro's approach to Hitler's Germany.

Bolsonaro's critics say his endorsement for the protests, among other acts, have undermined democracy.

In rallies in Brasilia, Sao Paulo and other big cities on Sunday, militant Bolsonaro supporters again urged the military to intervene and close down Congress and the Supreme Court.

Anti-Bolsonaro demonstrators protesting against what they called "fascism" clashed with police in a counter-demonstration on Sao Paulo's main avenue, hurling stones at riot police who responded with tear gas.

Bolsonaro said he had no role in organizing the protests against the Supreme Court. "I don't coordinate anything ... I just attend," he said.

The confrontation between Bolsonaro and the court thrust Brazil into a political crisis in the midst of the world's second worst outbreak of coronavirus that has paralyzed Latin America's largest economy and raised fears of a military coup.

In a newspaper interview published on Monday, Vice President Hamilton Mourao, a retired army general, said there was no danger of a coup. But he urged the country's institutions to allow the democratically elected Bolsonaro to govern.

"Let the guy govern! If he makes mistakes, as others have in the past, there are elections in 2022 and he will be judged by voters," the vice president told newspaper Valor Economico.