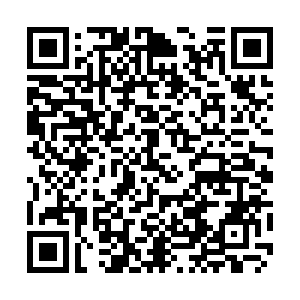 The Chinese Embassy in the UK on Tuesday denounced seven UK ex-foreign ministers' interference in Hong Kong affairs and warned of necessary countermeasures.

Seven former British foreign ministers called on UK Prime Minister Boris Johnson in a letter on Monday to push its Group of Seven (G-7) allies to set up an international monitoring group for Hong Kong.

"Hong Kong affairs brook no external interference. Non-interference in other country's internal affairs is a basic principle of international law and a basic norm governing modern international relations, which must be observed by all countries," said a spokesperson from the embassy in a statement.

Hong Kong was returned to China on July 1, 1997 and has since then been a special administrative region of China. The national security legislation for the Hong Kong SAR is purely China's internal affair, which no foreign country has the right to interfere in, noted the statement.

If any foreign or external forces interfere in Hong Kong affairs in any form, China will take necessary countermeasures, it warned.

The statement pointed out that as is in all countries, it is the central government that is responsible for upholding national security. Making laws on national security falls within the legislative power of the nation. Neither the UK nor China is an exception.

In view of the grave situation with regard to national security in the Hong Kong SAR and the SAR's inability to enact laws on safeguarding national security by itself, it is the right and responsibility of the National People's Congress, as the highest organ of state power in China, to plug this loophole that compromises national security in Hong Kong through legislation in accordance with the Constitution and the Basic Law, the statement explained.

China has so far received support and understanding from Russia, Serbia, Cambodia, Pakistan, the Democratic People's Republic of Korea, Vietnam, the African Union and so on.

Speaking of the British National Overseas status (BNO), the spokesperson said China and the UK exchanged memorandums and reached an agreement that people with BNOs do not have the right to live or work in the UK. If the UK changed it unilaterally, it will not only violate its commitment, but also international laws and basic principles of international relations.

The BNO was a kind of passport the UK gave to some Hong Kong residents before the 1997 handover.

The spokesperson urged the UK politicians to recognize the fact that Hong Kong has returned to China, abide by the principle of non-interference in other countries' internal affairs, stop meddling in Hong Kong affairs in any form, and stop interfering in China's internal affairs.