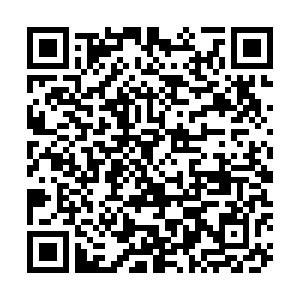 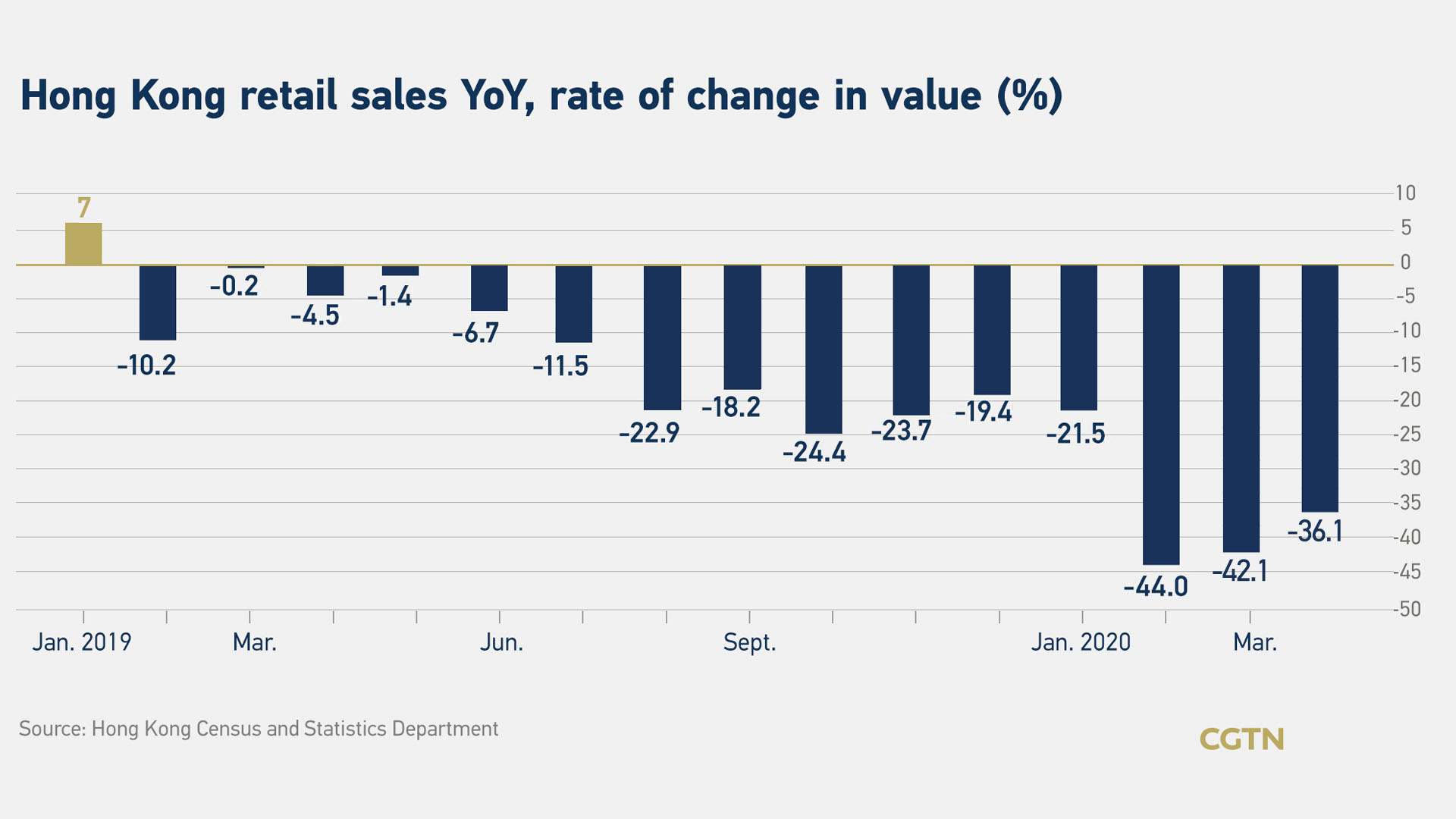 Hong Kong's retail sales continue to fall for the 15th consecutive month, as COVID-19 has choked demand and battered retailers.

April's data is still not optimistic, though narrower than the previous month, which is minus 42.1 percent. The COVID-19 has slammed the business environment and labor market in Hong Kong, and has also brought inbound tourism to a standstill, said a government spokesman.

In volume terms, retail sales in April fell 37.5 percent, compared with a 44-percent-drop in March and a 46.7-percent-plunge in February.

For the first four months of 2020, the value of total retail sales decreased by 35.3 percent and 37.1 percent by volume compared with the same period in 2019.

Hong Kong's economy suffered its worst quarterly drop on record in the first three months of the year, shrinking 8.9 percent from the same quarter a year earlier. 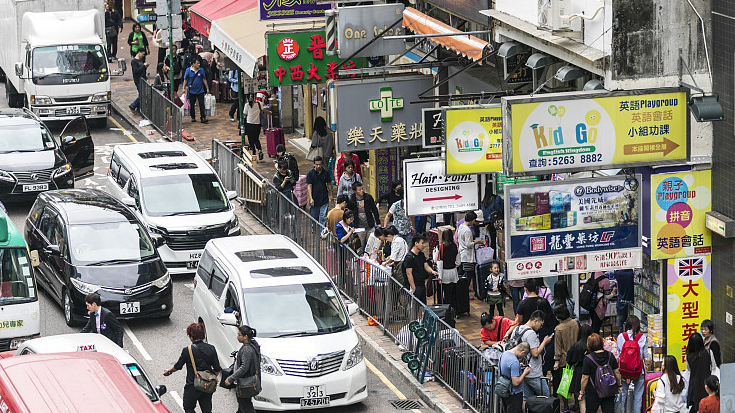 The city's biggest retailer association has estimated that 15,000 retail stores will close down by the end of the year if operating conditions do not improve.

Hong Kong's tourist arrivals slumped 99.9 percent year-on-year in April to 4,125 visitors, compared with a 98.6-percent-drop in March, the Hong Kong Tourism Board said.

The number of visitors from the Chinese mainland fell 99.9 percent year-on-year to 2,947.

Sales of jewelry, watches, clocks and valuable gifts, which rely heavily on mainland tourists, plunged 76.6 percent in April, compared with a 75.3-percent-drop in March and February's 78.5 percent fall.