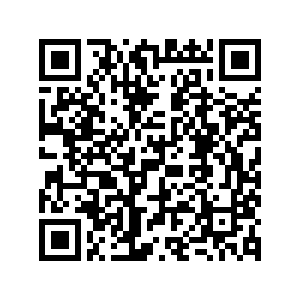 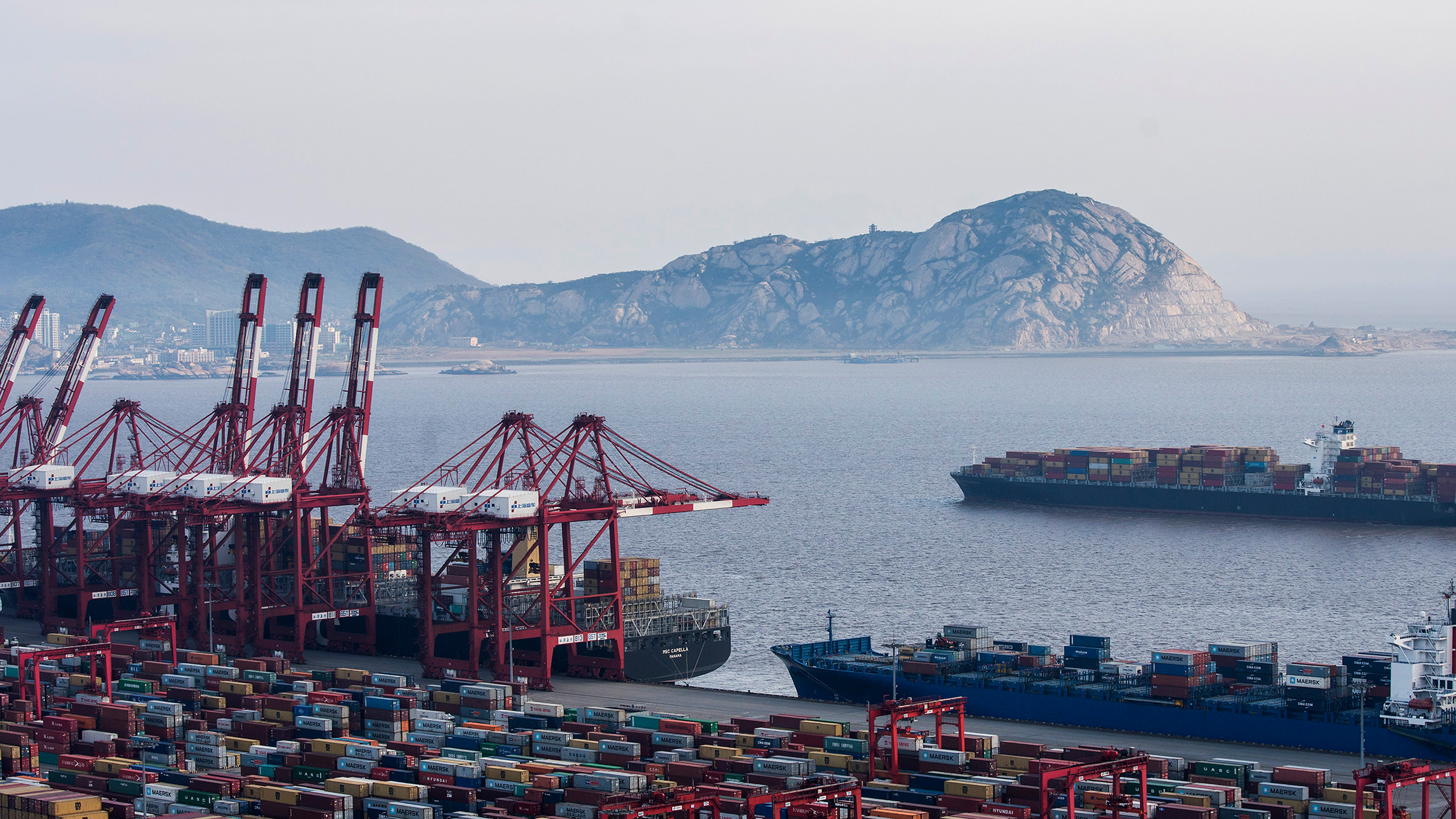 Container ships is docked at the Yangshan port in Shanghai, China, March, 29, 2018. /AP

Container ships is docked at the Yangshan port in Shanghai, China, March, 29, 2018. /AP

The global spread of COVID-19 has exposed the structural fragility of global supply chains with a heavy reliance on China for vital products. It has doubled down on an exodus of foreign companies from China, a trend which has been under way throughout the U.S.-China trade war since 2018.

In the recent escalation of U.S.-China tensions, U.S. President Donald Trump threatened to "cut off the whole relationship" with China, as he increasingly blames China for the global spread of the coronavirus. Soon followed was a new export ban by the U.S. Department of Commerce expanding the blockade of Huawei's supply chain.

On the same day, Taiwan's semiconductor manufacturing company TSMC announced an investment plan to build up a chip factory in Arizona. Some Western scholars even put forward a new version of "Globalization 2.0" based on a "strategic breakup" from China.

However, is it feasible for the world supply chains to rupture from China?

In today's world, China occupies critical centrality to almost all international trade in commodities – as a producer, a consumer and an importer. As a production base for industries such as electronics, automobiles, machinery manufacturing, and chemicals, China's role in the global supply chains is too important to be replaced.

It has formed a huge mature industrial cluster, where enterprises can benefit from a high efficiency of integrated supporting facilities with a large amount of raw materials, cheap upstream products and proprietary technologies.

Moreover, with the continuous advancement of the automation technology, China is expected to maintain the high competitiveness in the manufacturing industry in the future. 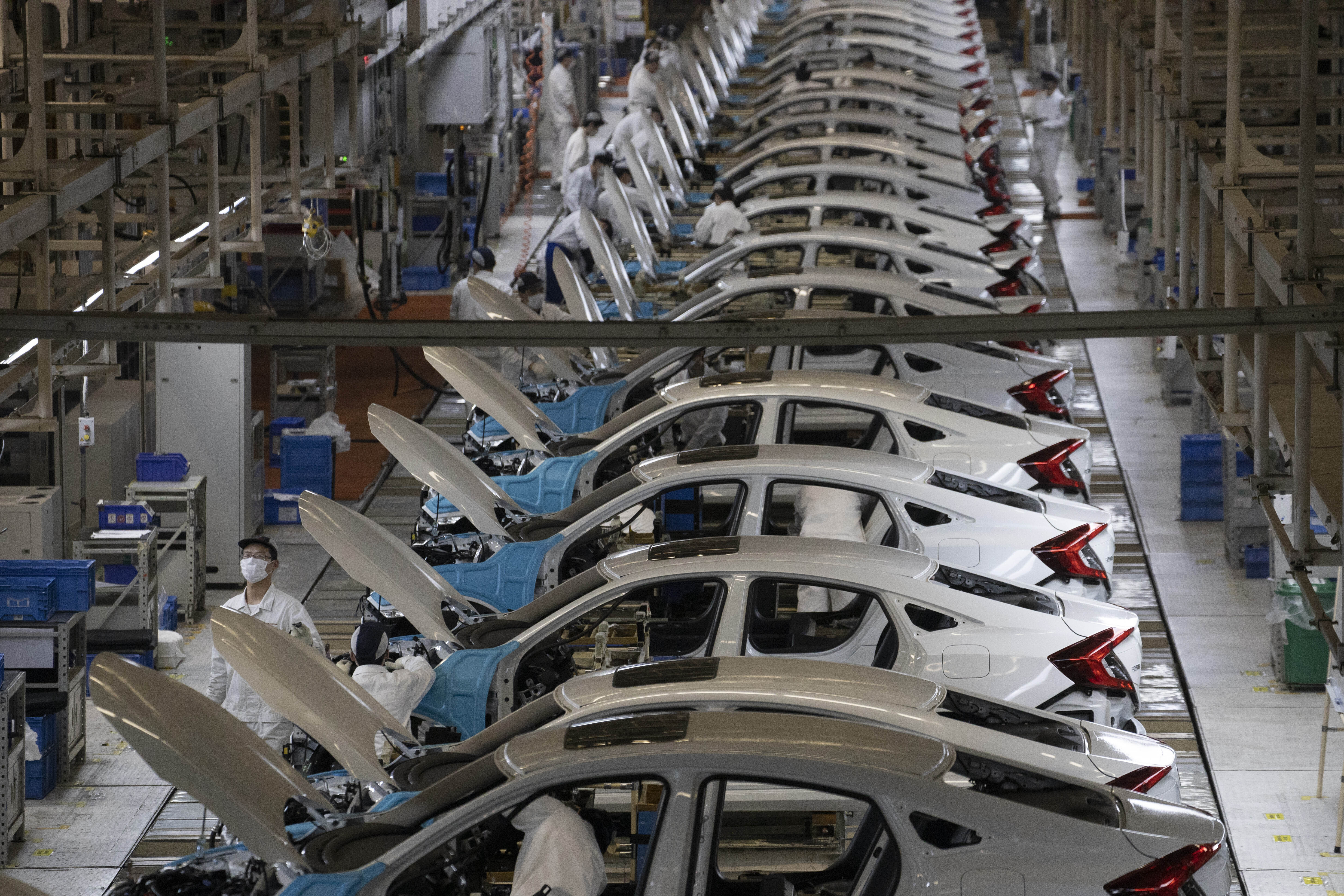 What makes it more difficult to replace China is the fact that there has already been a long-term shortage of professionals in the manufacturing industry in the West. Take Apple as an example. Its production line has been asked back long ago since the Barack Obama administration, but failed due to the severe lack of professional engineers in the United States.

"China put an enormous focus on manufacturing," Apple CEO Tim Cook once said publicly in 2017. "The U.S., over time, began to stop having as many vocational kind of skills. I mean, you can take every tool and diemaker in the United States and probably put them in a room that we're currently sitting in. In China, you would have to have multiple football fields."

Cook's remarks unfolded a dilemma of what the United States is losing while an advantage of what China has gained. While still unpredicted for the TSMC factory in the U.S., the construction of another Taiwan chip magnate-Foxconn has been largely stagnated mainly due to the lack of local skilled industrial workers, supporting facilities and a complete upstream supply chain as well as high cost of labor.

"American Factory" – a well-known American documentary vividly explained for the decline of the US manufacturing industry with these reasons.

In retrospect, it has come into being as the result of a long process of industrial growth with a supply chain fully optimized around the Chinese factories. It took decades for the manufacturing industry to move to China, and to leave it is time-consuming and devastating.

In today's world where economies are deeply connected and interwoven, decoupling is not simply rupturing from a big economy. To better adapt to globalization requires more diversified supply source in the industrial chain and higher forms of technology and financial structure.

It is well predicted that after the pandemic, Western countries will witness larger and stronger governments, which will guide, encourage, or even force the production sectors critical to national security and basic livelihood either to return to their home countries, or to move to regions or countries with mutual trust and common values.

A trans-national financial system is also in growth. And capital will start to play an increasingly stronger role in the globalization. In this process, the production capacity of one country may be transferred to other regions or countries, but these production chains will be connected through capital.

Moreover, production capacity will be enormously promoted with high technologies like AI in the coming future when retail and manufacturing sectors will not need as many labor workers anymore.

Thanks to globalization, innovation and progress have been vigorously promoted and living standards tremendously improved, although it will never be perfect. The old world that was separated from each other should not be returned again.