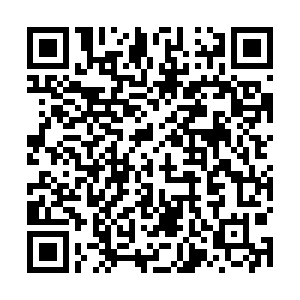 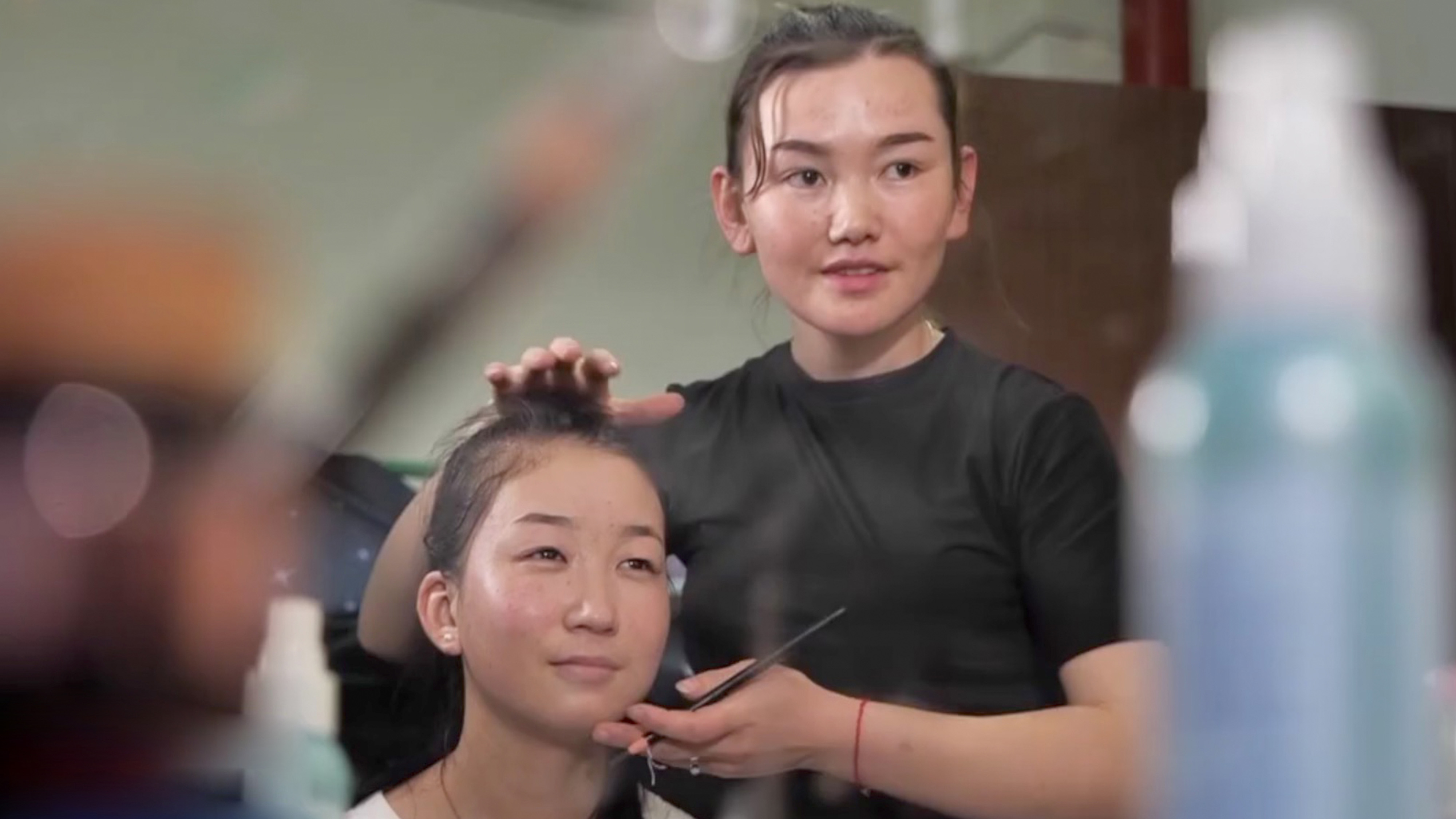 Northwest China's Xinjiang Uygur Autonomous Region has many other ethnic minority groups, like Kazakhs and Kirgiz, who have been farming and herding for generations. But these days, Xinjiang residents have more options than ever and many leave their homes to seek opportunities in other parts of the country.

Traditional Kazakh dancing combined with delicious Xinjiang cuisine. Employees at a circuit board plant in the Chinese mainland never celebrated the May Day holiday like this before. Around 90 Xinjiang workers have been working in this company since last year. And many others, Qolpan Yimaral from Yili city of the autonomous region said it is their first time to travel across China in search of a better life.

Qolpan Yimaral told CGTN that after a close friend told her of the higher salary at this company, she came to give it a try. She never worked in a factory before so she just wanted to see what it is like. 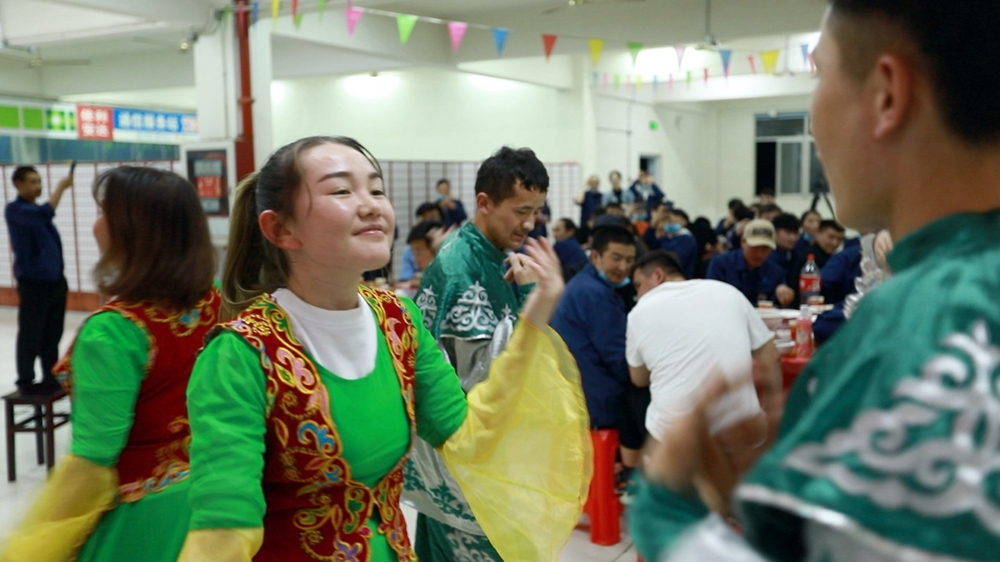 Delisar Amantuer had similar thoughts. She used to be a nurse in a private hospital in Xinjiang with a salary of about 1,800 yuan (253 U.S. dollars) per month. She came to learn new skills and thus got paid more.

Delisar said when she first came to this department, the team leaders trained her and taught her the skill they needed. Now she earns over 5,000 yuan a month. 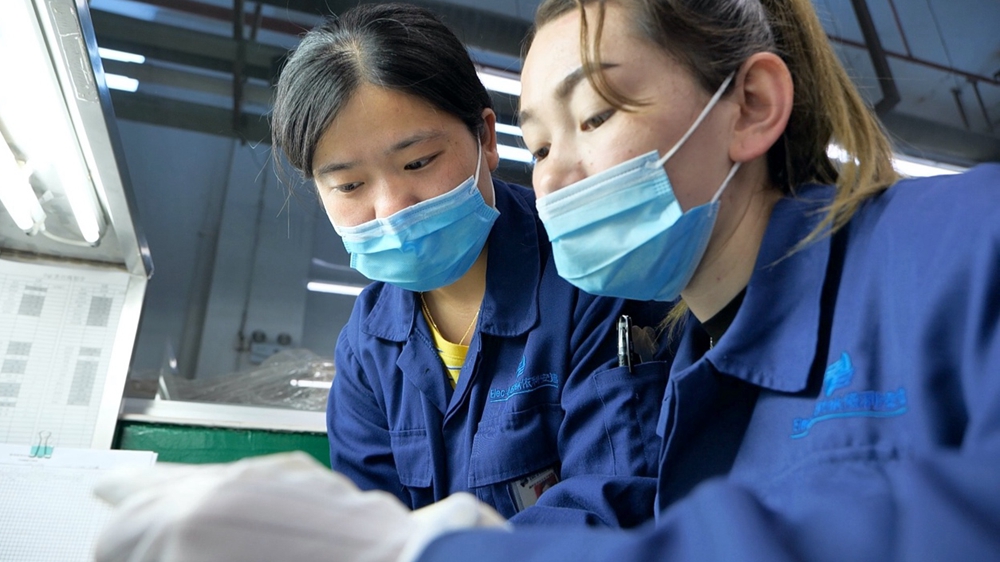 These Xinjiang workers are from over ten different ethinic minority groups. Language barriers and cultural differences with local employees can pose as challenges. To ease the difficulties, the Xinjiang government sent a special officer to help them. Luo Jia is the labor and social security officer from Nilka County in Xinjiang.

Luo Jia told CGTN that half of them had language barriers when they first came here. He helped them with language and other emergency services. For example. once a Xinjiang employee fainted because of anemia, they called him immediately and he helped send the man to a hospital. 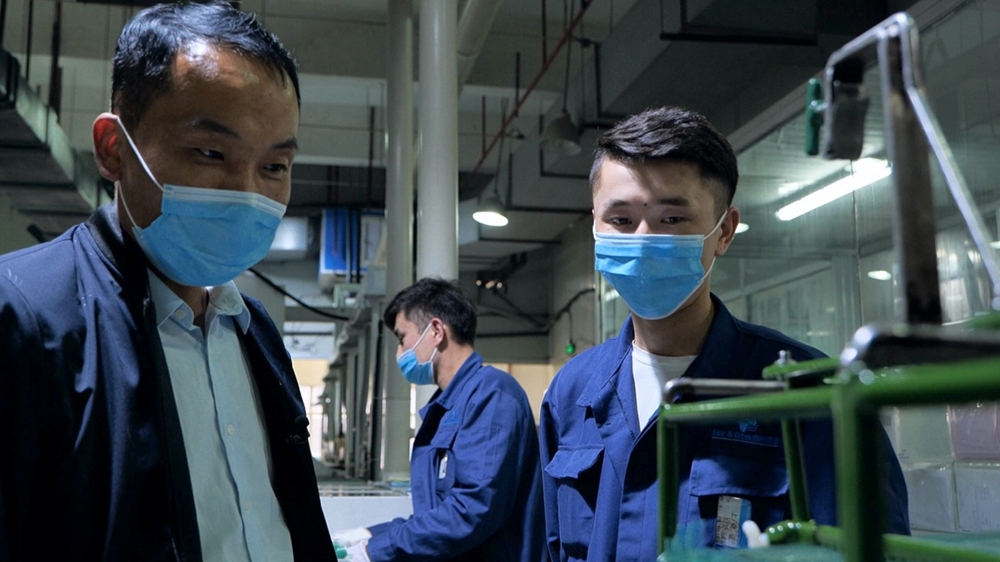 To ease some of the difficulties, the Xinjiang government has sent a special officer to help these Xinjiang workers out. /CGTN

To ease some of the difficulties, the Xinjiang government has sent a special officer to help these Xinjiang workers out. /CGTN

The company provides free dorms and meals for these workers. With rising labor costs and growing production orders, this company needs more qualified human resources to keep up with the demand.

General Manager Li Feng told CGTN that they will continue to hire more employees from Xinjiang, their current performance and attitudes are very good and suit the company's long term development. 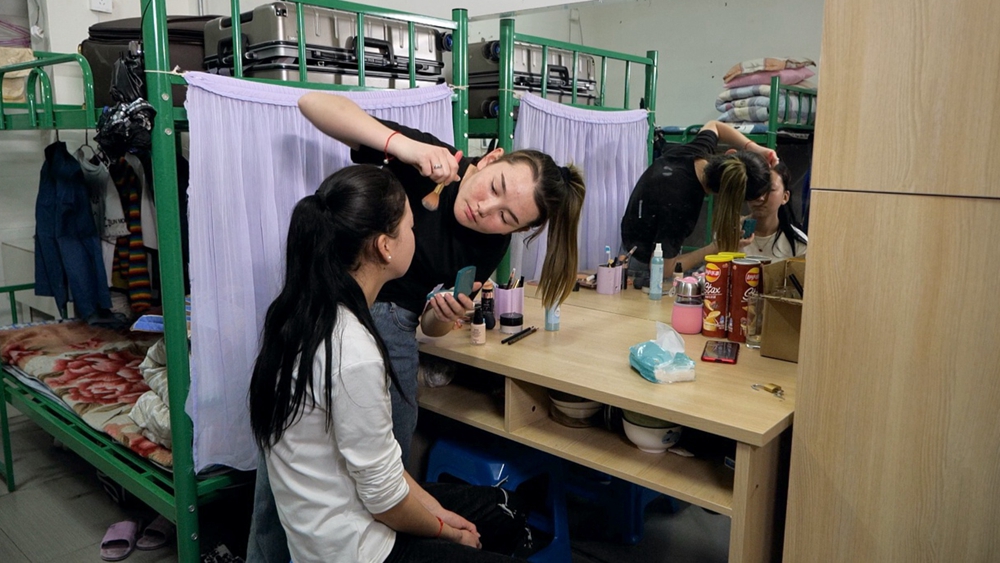 Qolpan Yimaral plans to go back to Xinjiang later and opens a beauty shop at her hometown. /CGTN

Qolpan Yimaral plans to go back to Xinjiang later and opens a beauty shop at her hometown. /CGTN

These Xinjiang youngsters have their own dreams and plans. Some want to stay and live here, while others will go back home at some point to fulfill their dreams.

Qolpan Yimaral said she plans to work for a few more months and then go back to Xinjiang. She has a garment store there and she plans to open a beauty salon with the money she earns here.

Today, more than 80,000 people from Xinjiang are in other parts of the country, working for a better life. Qolpan Yimaral says China is so huge, she hopes more young people in Xinjiang will travel across China and even go abroad to pursue their dreams.