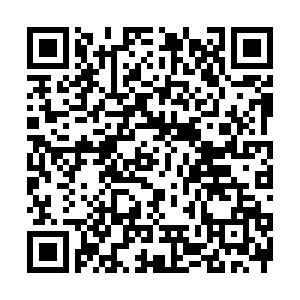 Pakistan has approved inbound passengers self-quarantine policy while reopening the tourism industry amid growing coronavirus cases in the country.

Thousands of its citizens are stranded abroad, especially in the Middle East, with limited travel options to fly back. The government has been citing capacity issues for quarantine facilities.

According to the figures from Pakistan Consulate in Dubai, thousands of Pakistanis are stranded abroad, especially in the Middle East, with the highest number of 63,000 in the UAE.

It has so far been able to repatriate around 12,000 stranded people from the UAE, less than neighboring Afghanistan, which has repatriated 15,000 of its citizens from the Middle Eastern nation.

Hundreds of stranded passengers link up in front of Pakistan Consulate in Dubai daily, requesting to be repatriated back to the country, Sibte Arif, a Dubai-based journalist associated with Pakistan's Geo TV, told CGTN Digital on Tuesday. 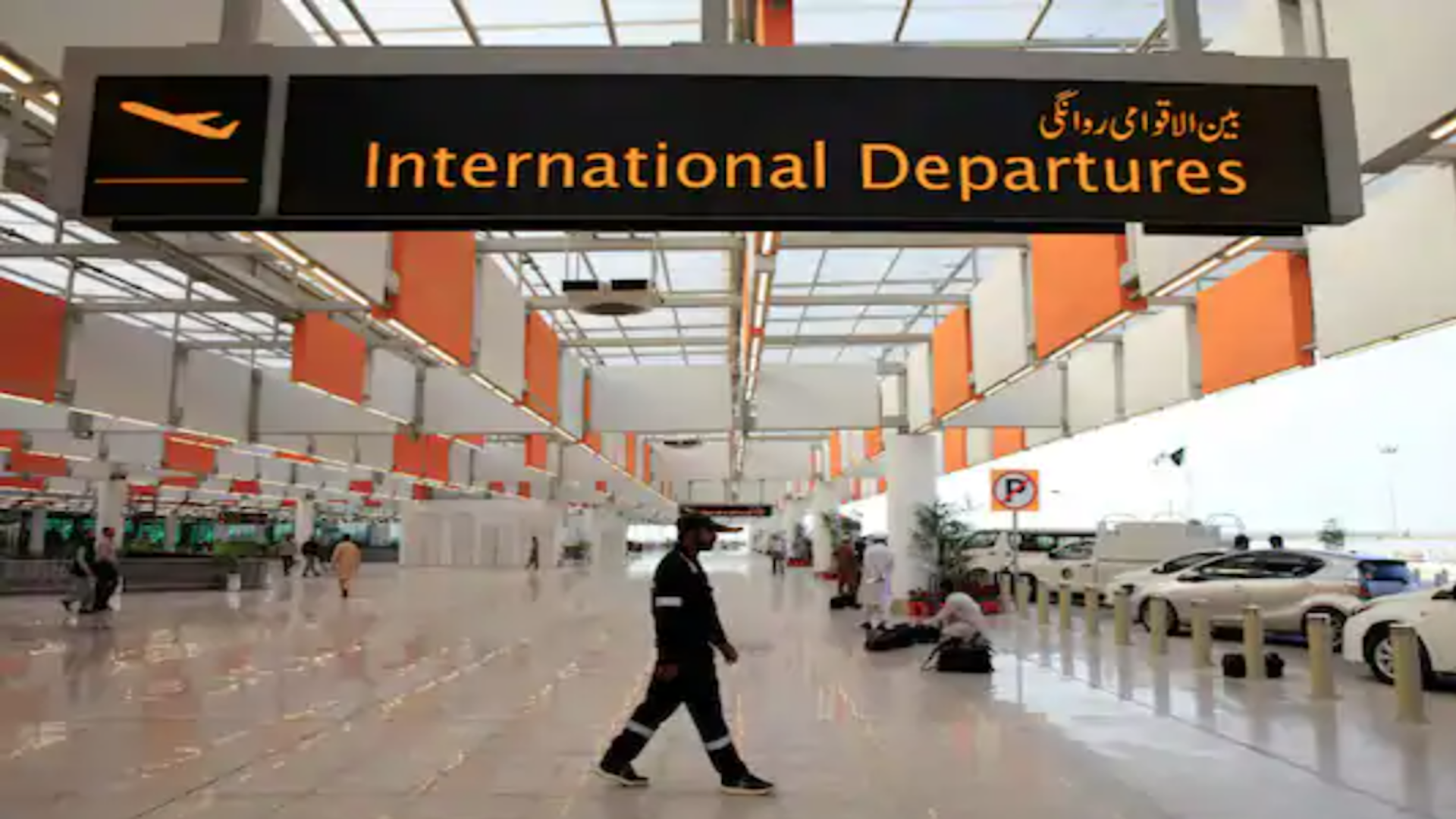 A general view of the health and passport control area during a media tour of the newly-built Islamabad International Airport, ahead of its official opening, Pakistan April 18, 2018. /Reuters

A general view of the health and passport control area during a media tour of the newly-built Islamabad International Airport, ahead of its official opening, Pakistan April 18, 2018. /Reuters

"25,000 of those stranded are the visitor visa holders who arrived in the UAE in a hope to find jobs but left stranded amid coronavirus outbreak," he said.

Those stranded include pregnant women and sick people, he added.

On Monday, Pakistan's Prime Minister Imran Khan expressed concern for laborers in the UAE and Saudi Arabia, saying that his government is aware of the difficulties of Pakistanis being stranded abroad. Due to limited quarantine facilities, only a few of them could return.

"But now today we have taken the decision that every overseas Pakistani can return to the country. They will be tested on arrival, and if anyone is found positive, he will be advised to practice self-quarantine at home," he said.

Regarding reopening tourism, Khan said the current period of three to four months is vital for the people whose livelihoods are dependent upon tourism, hinting that more joblessness will occur at these places if not reopened.

The countrywide tally of coronavirus cases stands at 76,106 while the death toll nears 1,600.

Pakistan has lifted lockdown but asked its citizens to take precautions and follow standard operating procedures (SOPs) to limit the spread of coronavirus. 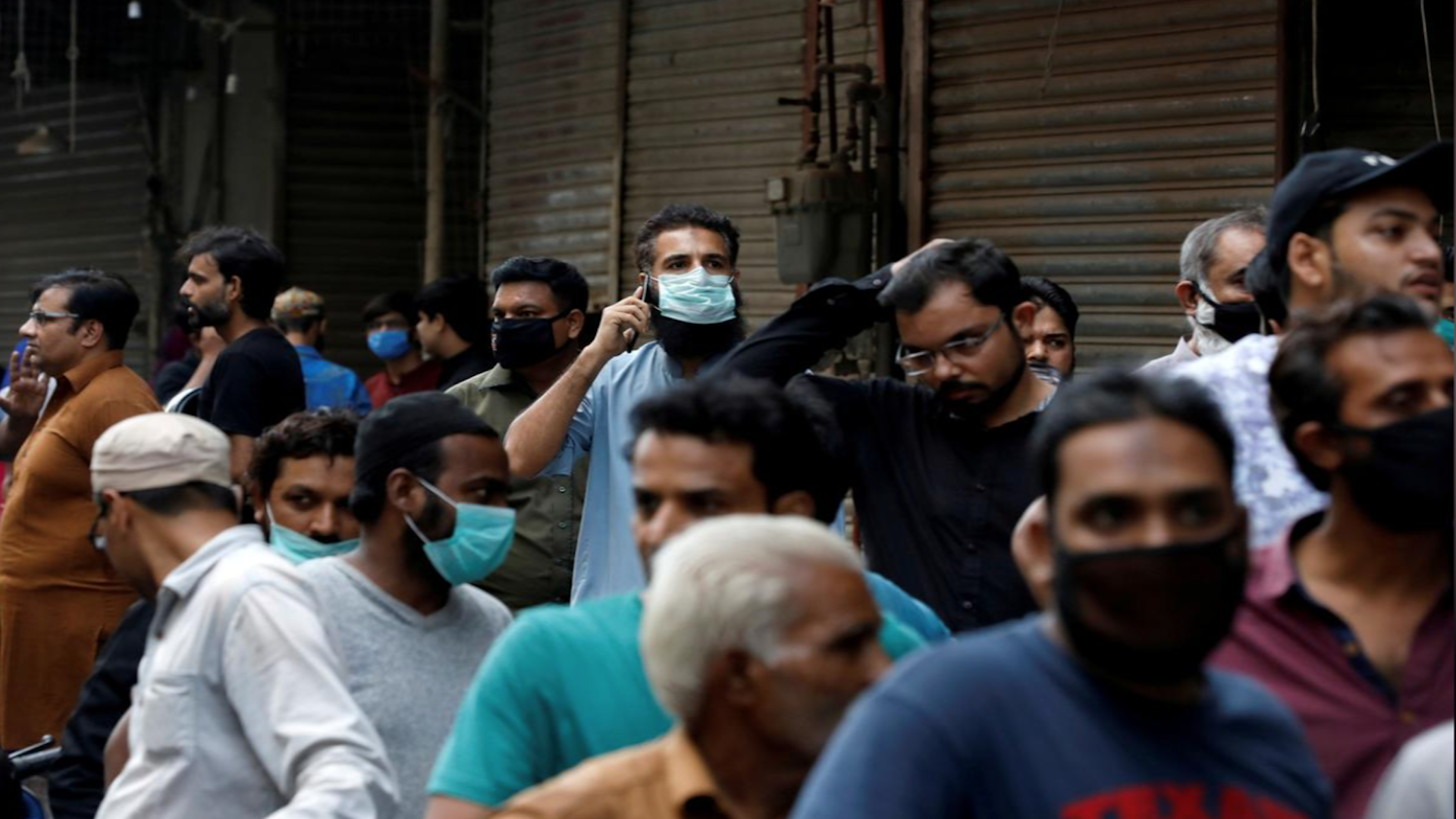 Shopkeepers stand outside a shopping bazaar after police sealed it for not following the government’s precautionary measures following the spread of coronavirus disease (COVID-19), after Pakistan started easing the lockdown, Karachi, May 13, 2020. /Reuters

Shopkeepers stand outside a shopping bazaar after police sealed it for not following the government’s precautionary measures following the spread of coronavirus disease (COVID-19), after Pakistan started easing the lockdown, Karachi, May 13, 2020. /Reuters

Many people, however, appear to be not taking the issue seriously. One such incident occurred on Monday at a courtroom in the capital Islamabad where Chief Justice of Pakistan Gulzar Ahmed was shocked to see a jam-packed courtroom, according to reports in the local media.

"What happened to the formula of social distancing? Who are you, and why are you sitting here," he asked the lawyers, media persons, and others present in the room.

Pakistani actress Bushra Ansari has also asked her fellow citizens to follow precautions in a video message from Toronto.

"I can't help but miss Pakistan. And I can't return because you all are roaming the bazaars," she said in a light-hearted message.

He, however, said poverty is another aspect of the issue, forcing people to ignore the virus and focus on their livelihoods, he said.