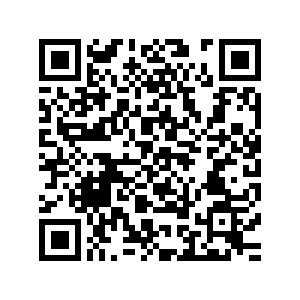 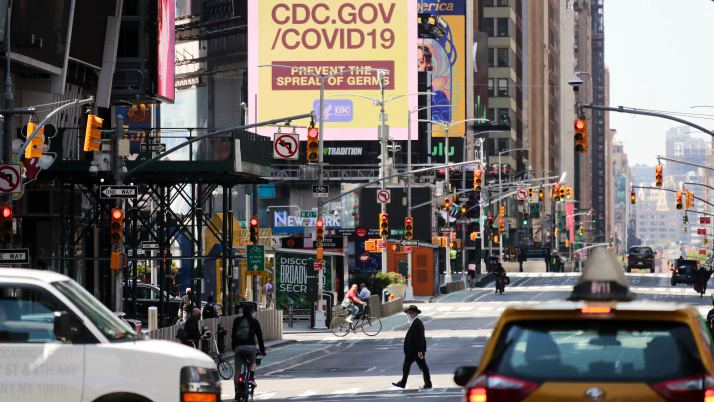 Information about COVID-19 is displayed on a screen in Times Square in New York, U.S., on May 4. /Xinhua

Information about COVID-19 is displayed on a screen in Times Square in New York, U.S., on May 4. /Xinhua

Editor's note: Jean Pisani-Ferry is a senior fellow at Brussels-based think tank Bruegel and a senior non-resident fellow at the Peterson Institute for International Economics, holds the Tommaso Padoa-Schioppa chair at the European University Institute. The article reflects the author's opinions and not necessarily the views of CGTN.

What is the COVID-19 crisis teaching us about the role of the state? And what lasting lessons will our societies draw from it? It is still very early to be asking these questions, but they cannot be avoided. Postponing their discussion would simply leave the field open for those peddling old obsessions whose time is long gone (if it ever came).

The starting point should be that, Brazilian President Jair Bolsonaro and U.S. President Donald Trump notwithstanding, a new pandemic consensus has been forged on the battlefield. It can be summarized in four propositions.

First, the social value of professions, tasks, and behaviors – the price that should guide policy decisions and individual choices – often differs from their market value by a wide margin. Sometime around the end of March, much of the world realized that the work of a nurse or a care assistant was worth more – at least at that moment – than the pay they ordinarily receive.

This disconnect is nothing new, but it had been forgotten. By putting the spotlight on the sector where markets perform the worst – health care – the coronavirus pandemic inevitably prompted a welcome reassessment of the relative roles of markets and the state.

Second, only governments can insure against catastrophic risk. Again, it has been known for a long time that the state is the insurer of last resort. But what had previously remained relatively abstract suddenly became obvious to all. In a situation of generalized stress, only governments (with the help of central banks) can protect citizens, prevent bankruptcies, and limit social fragmentation. Markets are good at tackling mutually offsetting risks, but only the state can tackle tail risks.

Third, globalization fosters efficiency, but it is the state that must provide resilience. Until recently, it was an article of faith that individual countries could always rely on deep and liquid global markets to access whichever goods they needed. But then came the shocking realization that these markets could be disrupted by a sudden surge in demand for face masks and respirators, and that China alone accounted for 60 percent of global exports of protective medical equipment. Little wonder, then, that "health sovereignty" was the first item in the recently announced Franco-German recovery plan for Europe.

Lastly, obstacles to state intervention can be overcome in the event of a once-in-a-century shock. As the crisis took hold in March, the European Union quickly decided to relax its rules limiting state aid to private companies and to activate an escape clause exempting member states from the fiscal strictures of the Stability and Growth Pact. These two decisions allowed EU member states to offer massive financial support to workers and private businesses through job-retention schemes, as well as credit guarantees, loans, equity support, and grants.

The question now is which parts of this consensus will survive the acute phase of the crisis. After the 2008 global financial crisis, many argued that unfettered capitalism was doomed. As then-French President Nicolas Sarkozy said in Davos in 2010, "This crisis is a crisis of globalization. It is our vision of the world which, at a given moment in time, proved defective. So it is our vision of the world we must correct." But although banking regulation was tightened following the 2008 financial meltdown, reforms of capitalism failed to live up to such grand ambitions.

But the COVID-19 shock is much greater, and the pre-existing social tensions are deeper than they were in 2008. The current crisis should thus provide fertile ground for re-evaluating the role and unique responsibilities of the state. 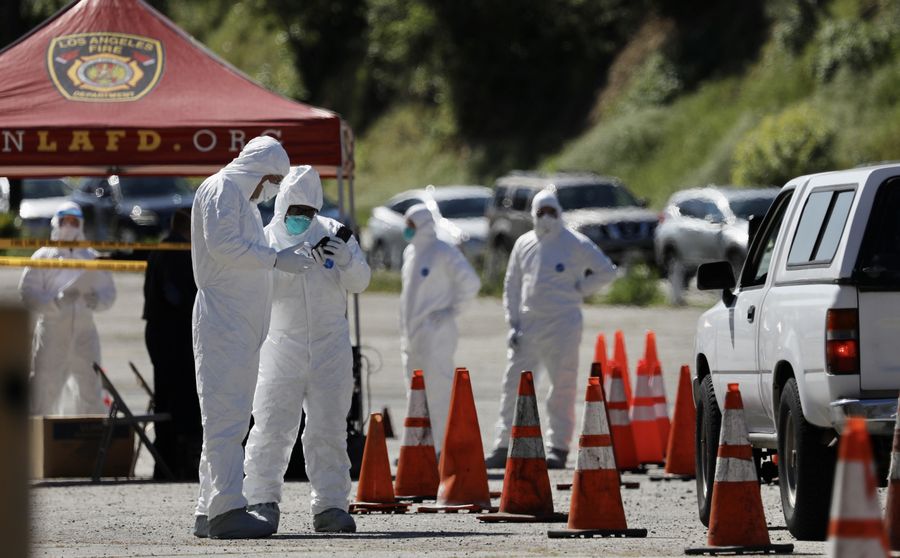 This process should lead to a policy shift that puts markets in their proper place: as essential, rather than dominant, social institutions. To paraphrase the economic historian Karl Polanyi, markets ought to be embedded in social relations, rather than vice versa. The current climate emergency and, more generally, the growing weight of non-market interactions – what economists call externalities – only strengthen this view.

By the same token, the COVID-19 trauma should serve as a reminder that governments must retain spare capacity so that they can play their full role in an emergency. It is no accident that deep-pocketed Germany has responded to the current crisis so forcefully, whereas Italy and (even more so) Greece have more limited firepower. And although central-bank support can help to loosen the limits on government borrowing – especially in the current low-interest-rate environment – it does not remove them altogether.

But today's traumatized polities, vulnerable to passions and prone to suspicion, may want to go further. True, governments are much less to blame for COVID-19 than they were for the financial crisis, which was a catastrophe of their own making. But grievances abound nonetheless, and will only grow as the pandemic's dramatic economic and social consequences unfold.

In this context, angry citizens will be tempted to believe that there must have been hidden reasons for yesterday's allegedly inescapable disciplines. And they may conclude that because everything that was previously deemed impossible suddenly became possible, governments should stop abiding by seemingly imaginary constraints.

Many now wonder, for example, why hospitals were subjected to tight budget restrictions, only for them to be lifted in response to the pandemic. Many will question why governments insisted for so long that they had to reduce the public debt ratio, only to start throwing money at every problem when the need arose. And many will ask why policymakers touted economic openness as a vital national interest, until sovereignty became the new mantra.

These are legitimate questions. The pandemic has shattered many policy taboos, so the answer can't be that "There Is No Alternative." (TINA is another casualty of this crisis, and no one should mourn its passing.) Our societies need an open, fact-based debate on the options ahead and the principles that should guide decision-making. Yet it is not certain that they are currently capable of having it. The battle between a new policy philosophy and a new guise of populism will define our future.