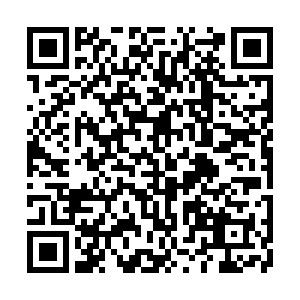 "We will end it now," U.S. President Donald Trump vowed on Monday as a dramatic escalation of a national crisis entered into the seventh day after the death of a black man in police custody.

Calling himself the "law and order" president, Trump said that "domestic terrorism" was to blame for the unrest and the military should be dispatched.

"As we speak, I am dispatching thousands and thousands of heavily armed soldiers, military personnel, and law enforcement officers to stop the rioting, looting, vandalism, assaults, and the wanton destruction of property," he said.

Trump made the remarks during his visit at St. John's Episcopal Church, along with officials including U.S. Attorney General William Barr. Tear gas and flash bangs were used to clear what appeared to be peaceful protesters in Lafayette Park across the street from the White House and near St. John's Church, which protesters set fire to briefly Sunday night. 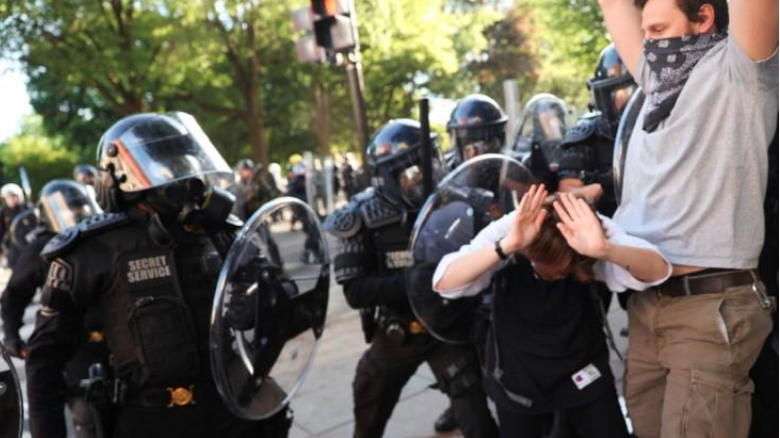 U.S. Secret Service uniformed division officers face demonstrators during a protest against the death of George Floyd while in custody of Minneapolis police, near the White House in Washington, D.C., U.S., June 1, 2020. /Reuters

U.S. Secret Service uniformed division officers face demonstrators during a protest against the death of George Floyd while in custody of Minneapolis police, near the White House in Washington, D.C., U.S., June 1, 2020. /Reuters

"What happened in the city last night was a total disgrace," Trump said.

"Mayors and governors must establish an overwhelming law enforcement presence until the violence has been quelled," he continued.

"If a city or state refuses to take the actions that are necessary to defend the life and property of their residents, then I will deploy the United States military and quickly solve the problem for them," he added.

An active duty military police battalion consisting of some 200 to 250 military personnel is now in the process of being deployed to Washington, D.C., and could be in the nation's capital as soon as tonight, CNN reported citing U.S. defense officials.

The troops are expected to provide security but not perform law enforcement duties such as the arrest and detention of protesters, according to the report.

Meanwhile, UN Secretary-General Antonio Guterres called for restraint from U.S. authorities in responding to demonstrators, saying that grievances must be heard, but they must be expressed in peaceful ways.

Cases of police violence need to be investigated. Police forces around the world need to have adequate human rights training, and there also needs to be an investment in social and psychological support for police so they can do their job properly in terms of protecting the community, said Stephane Dujarric, the spokesman for Guterres.