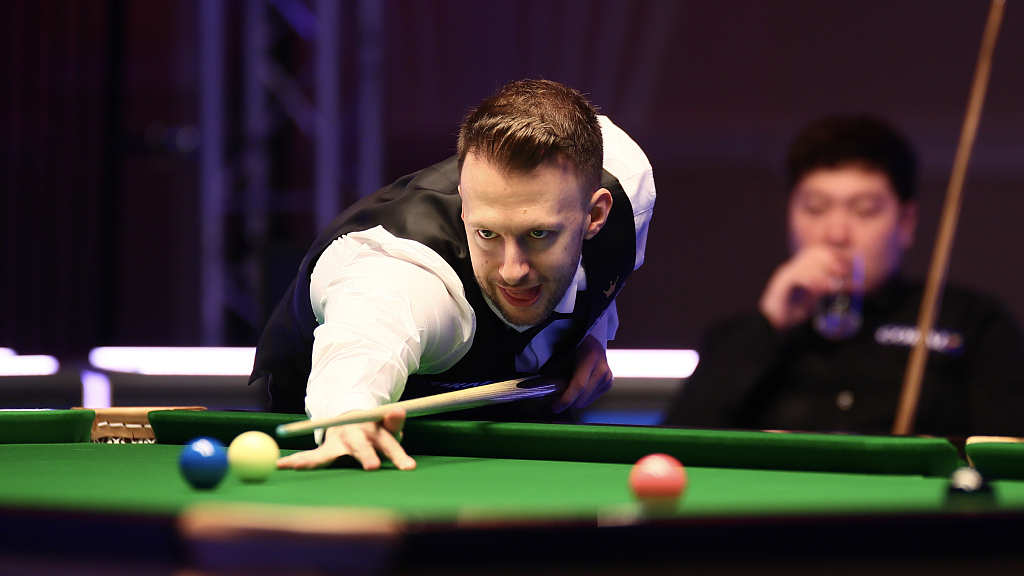 World No. 1 Judd Trump won three consecutive matches to seal his place atop group 2 in the Championship League as live snooker returned to action on Monday.

World champion Trump beat David Grace 3-0, Elliot Slessor 3-1 and Daniel Wells 3-1 to win his group, while David Gilbert qualified for the second round with two wins and one draw in his first-round group matches.

The winner of each group will progress to the next round of the tournament, where the 16 group winners will be re-grouped to determine the four players to compete in the finals.

China's Chen Feilong and Liang Wendong are due to play on Wednesday and Thursday respectively.

Elite sport events were allowed to resume behind closed doors in Britain on Monday and snooker came back with the non-ranking event held at Marshall Arena, Milton Keynes, after being suspended for 11 weeks.

All of the 64 players, as well as all staff onsite, were tested for COVID-19 the day before they are scheduled to play, with all results coming back negative.