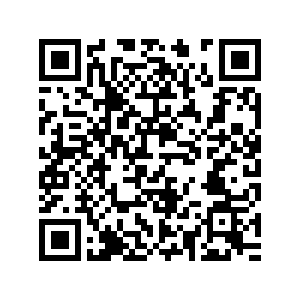 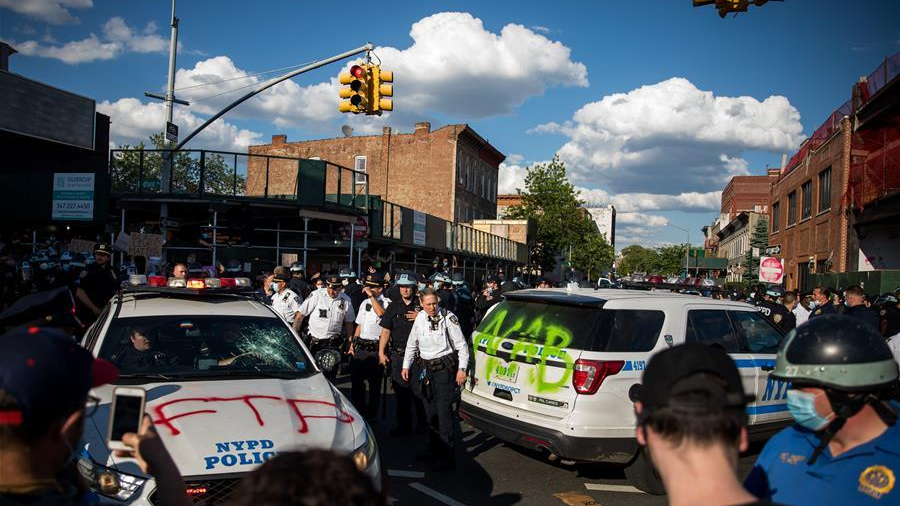 Vehicles of New York police department are covered in graffiti during a protest over the death of George Floyd in the Brooklyn borough of New York, U.S., May 30, 2020. /Xinhua

Vehicles of New York police department are covered in graffiti during a protest over the death of George Floyd in the Brooklyn borough of New York, U.S., May 30, 2020. /Xinhua

Editor's note: Jeffrey Sommers is Professor of Political Economy and Public Policy in the African and African Diaspora Studies Department at the University of Wisconsin-Milwaukee. The article reflects the author's opinions and not necessarily the views of CGTN.

George Floyd's death at the hands – and under the knee – of Minneapolis police officer Derek Chauvin has triggered a wave of peaceful protests and violent rioting in most major cities across the United States.

Caught on video for the world to see, the incident has driven home the perception that African-Americans are excluded from America's grand narrative of progress, in which conditions supposedly improve over time.

The data bear out that perception. According to a recent Brookings Institution study, as of 2016, "The net worth of a typical white family is nearly ten times greater than that of a Black family."

And though the U.S. accounts for just five percent of the global population, it is home to 21 percent of the world's incarcerated people, one-third of whom are African-American.

Scarcely a week goes by without a new story about African-Americans dying at the hands of police or vigilantes. Each episode is met with media handwringing and calls for reforms of police procedures. But the problem is never resolved, in part because it is actually many problems.

For starters, many Americans have accepted that they live in a winner-takes-all society of deepening inequality. While the wealth and incomes of those at the very top continue to grow, tens of millions of Americans struggle to afford health care, childcare, and other basic goods.

This story has been told many times over. But what often goes unremarked is that the responsibility for managing the social costs of this system has been offloaded onto the police.

Generally speaking, most police in urban areas are white and have little or no experience interacting with the populations within their jurisdictions. 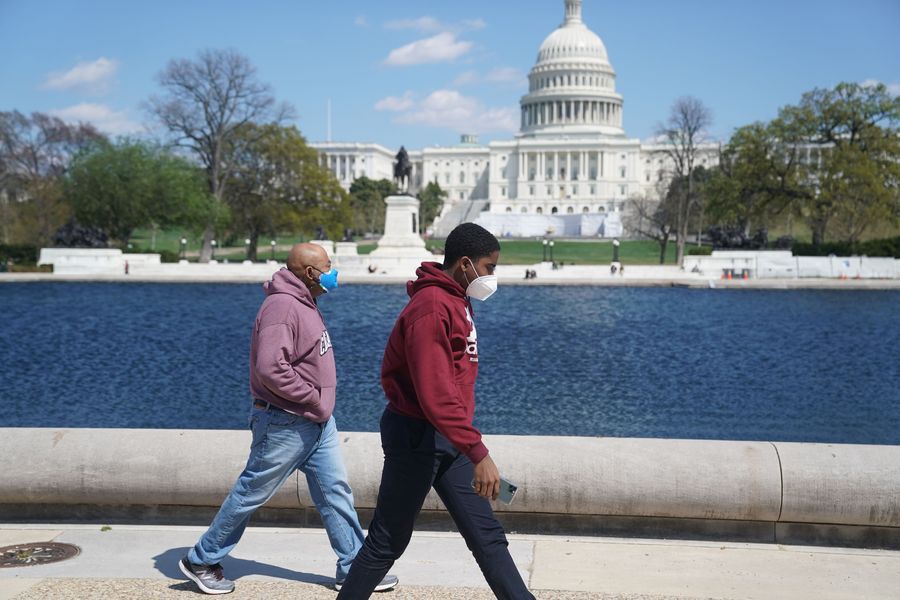 The familiarity gap is compounded by the fact that one in five police officers is a military veteran who previously conducted violent pacification efforts in Afghanistan or Iraq. These former soldiers have been primed to see the urban populations they police as threats to their own safety, at best.

That, too, is borne out by the data. For example, in Boston between 2010 and 2015, there were 28 complaints of excessive use of force for every 100 police officers with some military service, compared to 17 complaints for every 100 non-veteran officers.

And Boston is hardly alone. America is obliged to place veterans in meaningful work. But, clearly, only individuals with a demonstrated record of effectiveness in de-escalating tense situations should be permitted to serve as police in urban communities.

Chauvin is not a military veteran. But with 18 prior complaints filed against him, he embodies much of what is wrong with America's policing system. After all, America also has obligations to its urban poor.

African-Americans in Detroit, Milwaukee, St. Louis, and many other de-industrialized urban areas live in conditions that are closer to those in South Africa and Brazil than to other rich countries.

In poor and economically insecure African-American communities, a multigenerational vicious cycle ensues. Children are born into an environment where interactions with police have long been confrontational rather than cooperative.

And the police, in turn, conflate suspicion and hostility with criminality. All too often, police assume that black males are suspects, and treat them accordingly. In response, many African-American men are primed to assume a suspicious and hostile attitude toward the police.

The structures underpinning America's racial disparities are the products of both negligence and design. Fixing them will require a multi-pronged strategy.

The first step is to heed Martin Luther King, Jr., and establish full employment as a core principle of economic policy. U.S. Federal Reserve Chairman Jerome Powell has indicated that the Fed faces no effective limit on its ability to fund public investments. In that case, it should take up spending proposals such as those in the Green New Deal and employ disadvantaged workers at good wages to drive advances in clean-energy and other key sectors of the future economy.

Those without work records could be directed to public beautification projects at entry-level wages, which would enable them to start developing basic skills.

The COVID-19 crisis has demonstrated that much of what was previously considered unimportant work is, in fact, essential. From health-care facilities and food services to transport and sanitation, African-Americans disproportionately hold jobs that we consider least and, ultimately, depend on most.

Yet, taking the federal minimum wage as a baseline, America's essential workers are the lowest paid among high-income countries. Although U.S. GDP has increased by several multiples over the past 70 years, the federal minimum wage is a mere 0.75 U.S. dollar higher than it was in 1950, after adjusting for inflation. The message to America's essential workers has long been, "You don't matter." Clearly, that must change.

Finally, Americans are grotesquely over-armed, and this problem has grown worse since the Tea Party takeover of many state governments during President Barack Obama's administration.

In a country with almost 400 million civilian-owned firearms, regulations on gun sales in many states have nonetheless been loosened. As a result, a city like Chicago, despite having a reasonable level of gun control, is awash in firearms, because one need only drive an hour north to buy from Wisconsin's under-regulated markets.

For obvious reasons, America's gun problem contributes to its violent crime problem. It also places significantly more stress on the police. Progressives and police organizations should recognize that they have common ground on the issue of gun control.

There are clear measures that could be taken to reduce the pressures on both our urban communities and those tasked with policing them. It is well within our power to strengthen the economic and social health of our cities while reforming police methods to encourage conflict de-escalation and resolution. There is no longer any excuse for inaction.