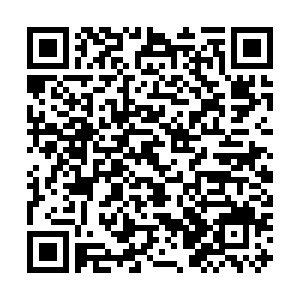 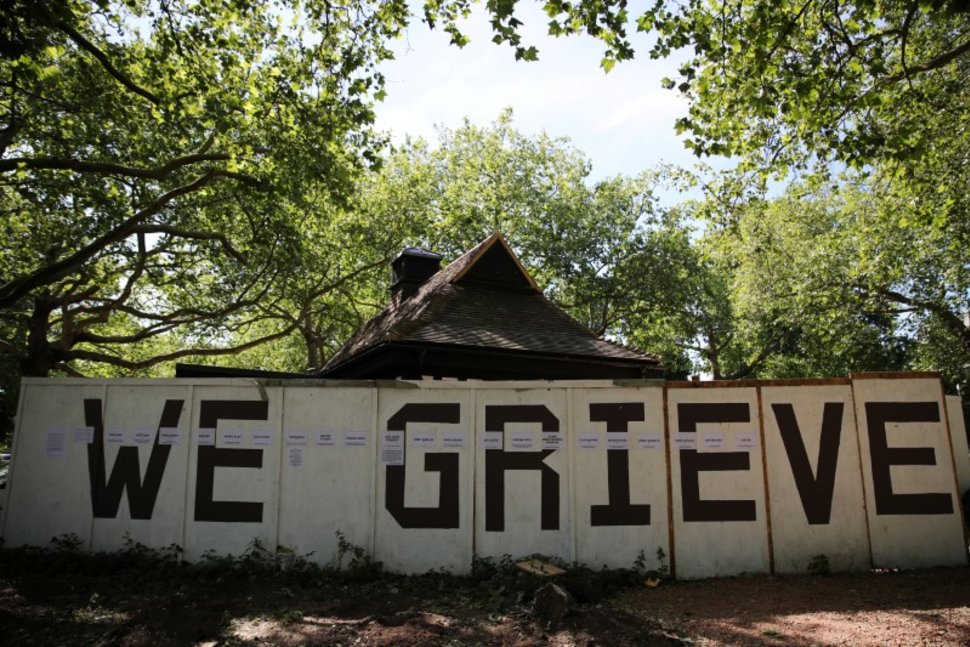 Names of people who have died from COVID-19 are seen on a memorial in Clapton, London, Britain, June 2, 2020. /Reuters

Names of people who have died from COVID-19 are seen on a memorial in Clapton, London, Britain, June 2, 2020. /Reuters

Black and Asian people in England are up to 50 percent more likely to die after becoming infected with COVID-19, an official study said on Tuesday, putting pressure on the government to outline plans to protect the most at-risk communities.

While the report by Public Health England (PHE) reinforced previous studies, which indicated ethnic minority groups were more at risk from the virus, it was not accompanied by specific government advice for those people.

"It confirms that the impact of COVID-19 has replicated existing health inequalities and, in some cases, has increased them," the report said. The disease has also disproportionately affected black communities in the U.S.

The report said that people of Bangladeshi ethnicity had approximately twice the risk of death of people who were white British.

Those of Chinese, Indian, Pakistani or other Asian ethnicity, as well as those of Caribbean or other Black ethnicity, had between a 10-to-50 percent higher risk of death than those in the white British group, PHE said. The findings echo a previous study by the Office for National Statistics (ONS) released last month. 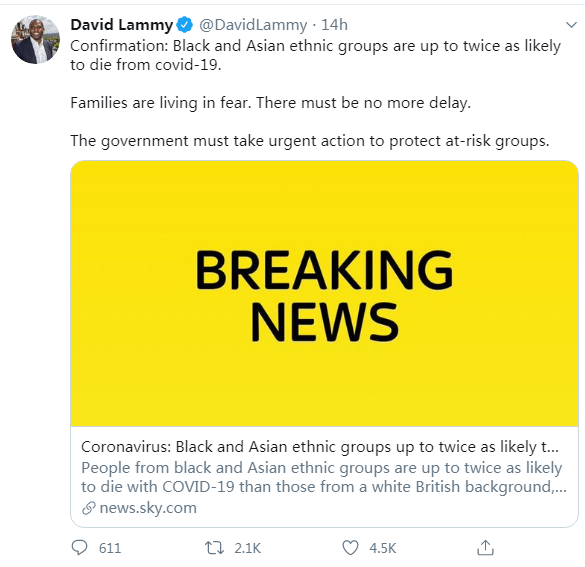 Doctors, politicians, and footballers have been among those vocal in expressing concern about the unexplained higher mortalities in ethnic minorities.

Health Secretary Matt Hancock said that he felt a deep responsibility, due the pandemic has exposed huge inequalities in their nation's the health and that the public was understandably angry about it.

"Black lives matter, as do those of the poorest areas of our country," said Hancock, adding that they would put action in place as soon as possible.

A quick response was needed, David Lammy, Britain's opposition Labour party's lawmaker, said. "Families are living in fear," he tweeted when the report was released. "There must be no more delay. The government must take urgent action to protect at-risk groups."

Britain's testing chief John Newton said although Tuesday's report showed worse outcomes for minority groups, it may not be directly caused by their ethnicity, but related to their job.

The report was published a day before planned protests in London about the death of George Floyd, a 46-year-old African American, who died after a white policeman pinned his neck under a knee for nearly nine minutes in Minneapolis on May 25.