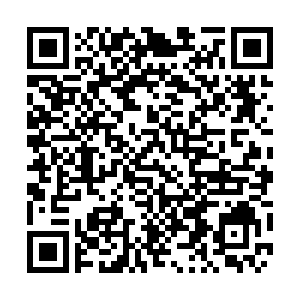 He made the remarks during a regular press conference while responding to a question about an Associated Press report, which said the WHO was frustrated by significant delays in information sharing by Beijing as the coronavirus outbreak took hold in China in January.

According to Wu Zunyou, chief epidemiologist at the Chinese Center for Disease Control and Prevention, China started to report the "unexplained pneumonia" outbreak to WHO as early as January 3 when the pathogen of the disease was unclear.

"We told the WHO and other countries that we'll report again when we figure out the cause," he said, adding that on January 7, when the novel coronavirus was isolated as the culprit of the unexplained pneumonia, China immediately informed the WHO.

Claims about China covering up information and lacking transparency in handling of the virus have been around for months, but when we took a closer look at the timeline, we found facts that speak for themselves.

It was an unknown virus to mankind, and it took time to know more. But Chinese scientists did their best to decode this never-before-seen disease as early as possible.

It is fair to say that China has taken the most comprehensive, strictest measures to battle the epidemic at the earliest.

Zhong Nanshan: China has been transparent

Zhong Nanshan, a renowned Chinese respiratory expert, also reiterated on Wednesday that China has released information about the coronavirus in a timely, open and transparent way.

In a seminar with scholars and scientists held in Beijing, he said some U.S. media outlets have proposed the absurd idea that since the infection and mortality rates in China are much lower than those in the U.S. and many European countries, China must have concealed the real numbers.

He said China can respond to such groundless accusations with facts, and the fresh result of the just completed sweeping nucleic acid tests in the once hardest-hit city Wuhan is a case in point. Only 300 asymptomatic cases have been found among nearly 10 million residents in the city.

"The test result is in line with previous numbers, which further proves that we do have a very low infection rate and we have not concealed anything. Our strategy has been to control the virus from the upper stream. We have done a good job [in prevention], and that's how we achieved the results today," he said.

He explained that in the early days of the outbreak, China's accurate evaluation of the epidemic and subsequent decisive measures, including the lockdown of Wuhan and strict prevention and control measures taken nationwide, were the major reasons why China has kept the lowest infection and mortality rates.

"The strategy has proven to be right," he said, adding that he has been invited to share China's experience in dozens of international exchange activities, which he believes is because the experience has been recognized by more and more countries.