Government operation styles will be different after the pandemic
Djoomart Otorbaev 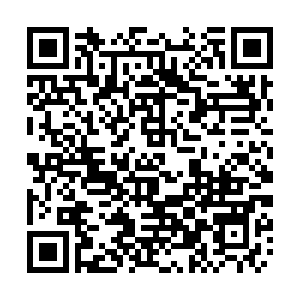 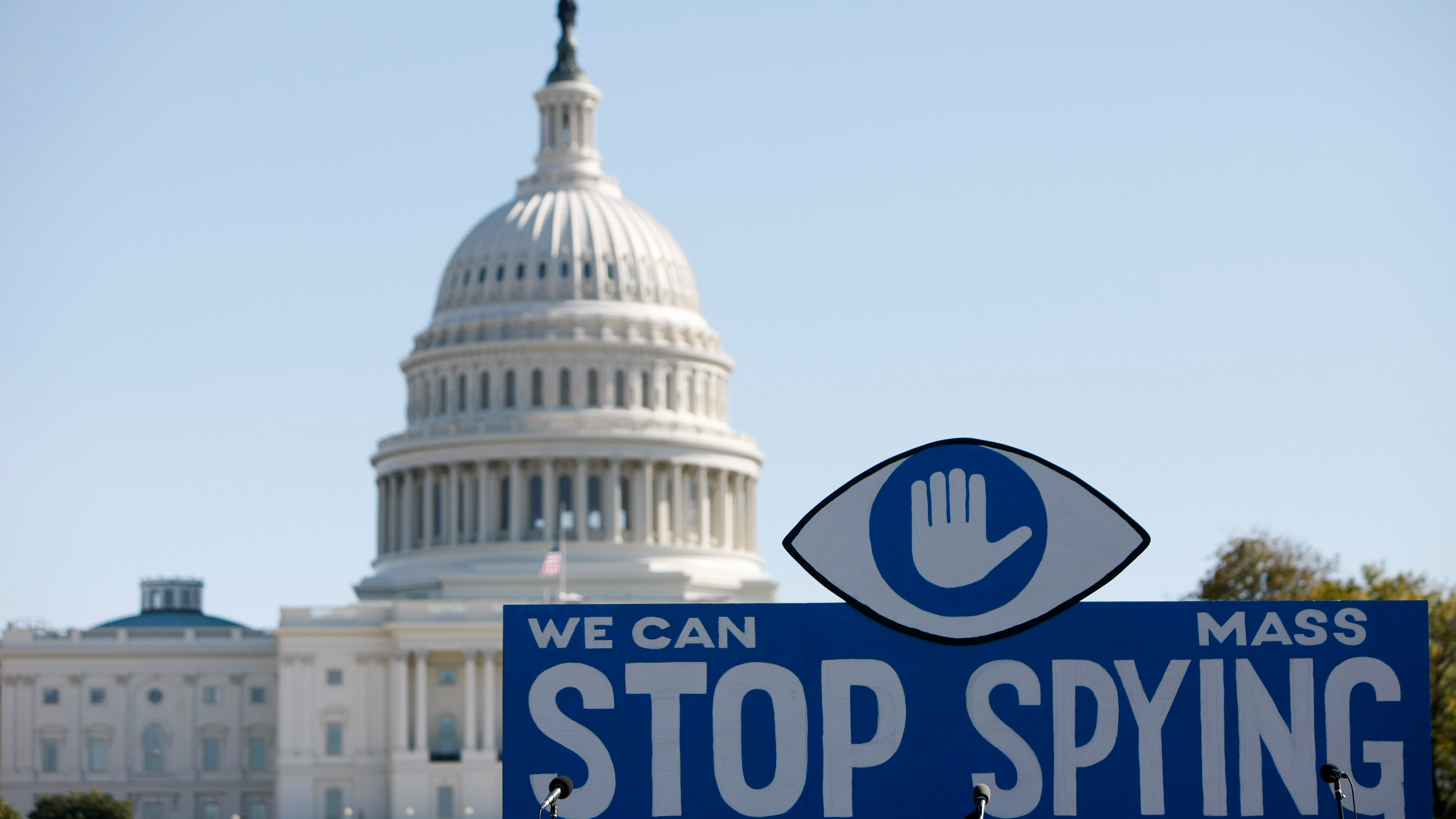 A huge slogan board stands in front of the U.S. Capitol building during a protest against government surveillance in Washington D.C., capital of the United States, October 26, 2013. /Xinhua

A huge slogan board stands in front of the U.S. Capitol building during a protest against government surveillance in Washington D.C., capital of the United States, October 26, 2013. /Xinhua

Global re-orientation to online formats caused by the pandemic will continue and gets in an irreversible course in the post-pandemic era. What is effectively working online is unlikely to return offline.

A significant part of the retail businesses will go online and stay there because consumers will be convinced that they can purchase without going physically to the shops. Our transition to the digital age has accelerated enormously. What would be realized in decades is happening in months.

Recently, Google has launched global mobility reports to show how well restraining measures could work around the world. "These reports reflect trends across geographic regions in different places, such as parks, transit stations, jobs, homes, shops, and pharmacies, to show how busy these places are and what has changed as a result of quarantine and other control measures with COVID-19," the company said.

Google does not provide the exact number of visits to places and claims that it does not collect personal information about its users, such as their location, contacts, or movements, yet. Surely, other high-tech giants around the world are doing the same. Though they don't yet publish this information they own it.

Governments have started to actively use surveillance to fight the pandemic as well. They are using smartphones to control who has been where to track the spread of the disease.

Not many protests are against these surveillance methods, which undermine the freedom and privacy of an individual. Nothing new about those methods, it will only change our perception and create a new reality about people's privacy, social and political rights, perhaps forever.

China, Singapore, and South Korea were the first to prove that the use of methods of tracking, monitoring, and control is the most effective tool in combating the virus. Such measures immediately provoked condemnation in the Western world.

However, only a month later, to save the lives of people, they began applying exactly the same and often even tougher measures, like military patrols of cities and villages were introduced in Spain, Italy, and France.

Citizens who cared more about privacy, human rights, and freedom were forced to agree with the new reality as well. Obviously in the future, many will look back to this time wondering how many habits have been completely changed.

Now, almost everyone agrees that countries like China and Singapore with strong state institutions and "strong governments" have demonstrated the most efficient responses to the outbreak. 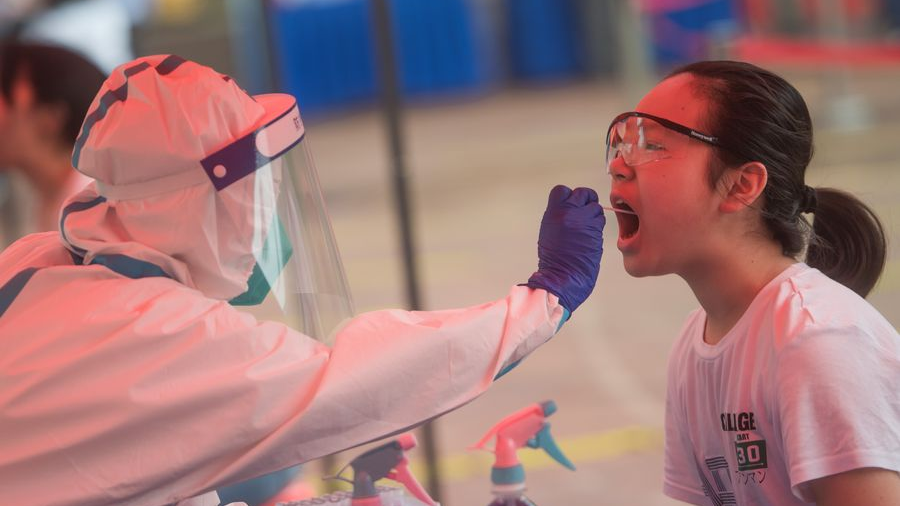 A resident takes the nucleic acid test at a testing post set up at a primary school in Dongxihu District in Wuhan, central China's Hubei Province, May 15, 2020. /Xinhua

A resident takes the nucleic acid test at a testing post set up at a primary school in Dongxihu District in Wuhan, central China's Hubei Province, May 15, 2020. /Xinhua

At the same time the most liberal countries with "weak governments," like the U.S. and UK showed the fundamental weaknesses during their disastrous responses. The most important part of human rights, which is the right to life, is not currently realized in those countries.

Jennifer Burns, a professor at Stanford University, said that the pandemic could build empathy and reduce shame about the need for a greater role for government. When those stricken are selected by pure chance, she said, the "stigma and blame" associated with accepting a helping hand drops away.

That is why many governments around the world, among which are the oldest liberal nations, are taking drastic measures that two months ago looked impossible. Spain has nationalized all of its private hospitals and healthcare providers.

The French government made a statement that it is prepared to nationalize most of their big companies. In the UK, airlines, railway operators, and bus companies could be nationalized to ensure that transport keeps running during the pandemic.

We observe the collapse of the traditional labor markets as well. Countries like the U.S., UK, and Denmark have decided to send their citizens cash to support their survival and to keep people at home.

Policymakers around the world are mainly in consensus about adopting those measures by "strong states," which became the critical part of successful lockdowns. Suddenly, the "strong state's characteristics" became the only alternative for countries' governance principles.

The pandemic is demolishing traditional market economic values. The principles of free market and free trade which have been seen as exclusive ways of running market economies started to break down. The dominant trends of the last century have reversed taking economies out of the market and putting it into the hands of states.

Humanity gets scared. Security and sustainability will become more important than growth and wealth. The state must be possessed with such qualities as defender and protector of people's lives and living conditions.

People will be more willing to obey the state and to give up part of their rights to the strong state. Stronger state institutions at the expense of individual rights will be an inevitable trend. World's reorganization is inevitable. Closer attention to "sovereign globalization," aimed at our cultural characteristics and localized solutions, will continue after the end of the pandemic.

Shocks like the current one will have lasting effects on people's lives. This pandemic is a war of humanity against a common enemy. We know that societies that go through wars generate stronger ties.

Now, people realize even more that only consolidation and collective actions would bring success. In the post-pandemic era, nations and communities will be more united. People will reconsider how they relate to others, which will result in a greater sense of community.