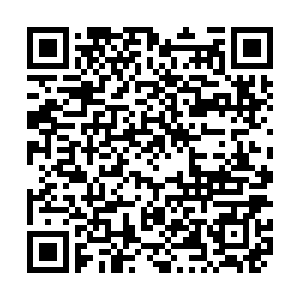 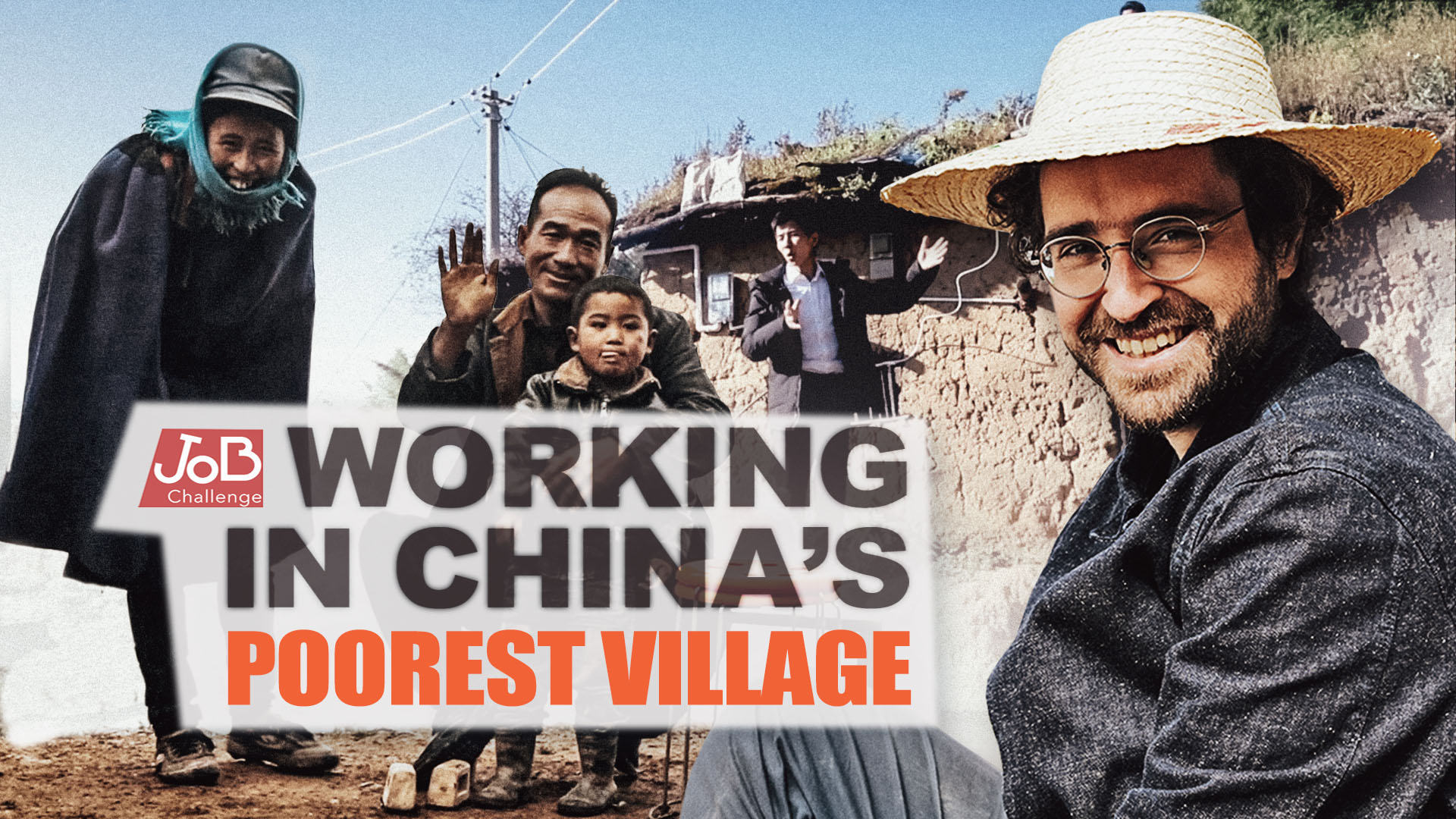 Kuijiu is a sleepy village shrouded in mist and beset by misfortune.

The community in southwest China sits some 3,000 meters above sea level where hills roll endlessly, clouds hang low and an orchestra of chirping chicks and honking geese plays on a loop.

It's a picture-perfect setting, almost too perfect.

Kuijiu is one of many small off-the-map settlements scattered across the mountains of Liangshan in Sichuan Province. Geography has endowed the region with undulating peaks, green landscapes and pristine forests, and protected the natural environment from unchecked development. But the remote location was also a barrier that kept modernization out, trapping inhabitants in paradise.

Liangshan is said to be one of the three poorest prefectures in China, although it's easy to get blindsided by the veneer of modernity in Xichang, the prefecture's capital and only point of entry to the region for plane travelers. Xichang is as ordinary as third-tier Chinese cities come, with the customary Starbucks and KFC outlets standing alongside impossibly numerous car showrooms and malls with shiny facades. The road to the countryside, however, tells a less glamorous story.

Driving up the hills and into the depths of the prefecture, apartment buildings gradually give way to humble, dimly lit houses. Sacks of potatoes are stacked out in courtyards, and bundles of corn cobs dangle from window bars to dry. It's easy to tell farming there barely meets sustenance levels and harvest is limited to a handful of crops.

For generations, people in Liangshan struggled to make ends meet, and to this day, living conditions are far from satisfactory – but that won't last long if China were to successfully eliminate extreme poverty by the end of 2020.

The country launched its anti-poverty drive some 40 years ago and has since assisted over 800 million people in changing their fortunes, more than anywhere else in the world. It's no small feat for a nation that, not long ago, was plagued by famine. The campaign is currently in its final – and toughest – stretch, as the government is intent on making extreme poverty a thing of the past before this year comes to a draw.

Industrialization, infrastructure and incentives have enabled the most disadvantaged in the country to stand on their feet, but in some places, poverty is so deeply rooted that new and targeted approaches needed to be hatched.

In the remaining pockets of destitution, authorities have sent in their finest to complete the crucial task – armed with an iron will, a bag of ideas and the courage to take risks.

Officially, they're called village-assigned officials. Commonly, they're known as poverty relief officials, and for villagers, they're the go-to folks for any issue, small or big. In Kuijiu, I got to know them by their names: Pan Yang, Shen Rui, Yang Bo and Shen Yue.

A few years back, they moved to the village and set up a resident team with one very specific task: ensuring poverty levels drop to zero percent by 2020.

What they do is not your typical 9-to-5 desk job. Figuring out the root causes of poverty in Kuijiu and finding a way out require them to get in touch with the people there and get to know their woes, worries and wishes.

During my stay in the village, we spent our days climbing up and down muddy paths, going door-to-door to check in on residents and get updates on their finances, and keeping an eye out for leaky pipes, ramshackle roofs and students skipping class. The little time we spent at the headquarters, which also doubles as a dormitory, was for quick meals, daily planning meetings and training workshops for adults.

A lot has been achieved since the men arrived in town. Electricity and mobile phone coverage are now available. Outside every house is a faucet connected to a water supply system – not the most ideal place for cleaning dishes or washing hands but an improvement from having to carry buckets of water for long distances. The village, albeit being off the infrastructure grid, has a freshly dug-up dirt road that runs through its periphery, connecting it with other communities at the foot of the mountain and beyond.

Yet much still needs to be done, including moving villagers into safe accommodations. Kuijiu residents still live in basic mud-brick homes with dirt floors and wooden roofs. Most households lack the amenities that modern life has to offer, save the occasional television or odd electric kettle. A long tradition of cooking indoors on an open fire has blackened the interior of walls and left a lingering smell that burns the eyes and stings the nose.

A whopping 565 villagers, or 70 percent of the population there, still live below the poverty line, which for Kuijiu stands at 3,750 yuan (533 U.S. dollars) per person per year, according to available data at the time of my visit in October last year.

Residents eke out a living from working the land, but toiling in the fields doesn't bring enough money to feed hungry mouths. Elevation has rendered the soil unproductive, limiting what could survive and thrive on the terraced fields and mountain slopes. Potato is the main lifeline of Kuijiu farmers, grown mainly for personal consumption with the excess sold in town, a two-hour drive from the village for those who manage to secure a ride.

Kuijiu's isolation goes beyond geographical constraints to communication barriers. Its inhabitants are members of the Yi group, one of the biggest ethnic minorities in China, who take pride in their heritage and language. With low literacy rates among the villagers, many never picked up Mandarin, the official language of China, dampening their employment prospects elsewhere.

The marriage of adverse factors has been catastrophic. The average per capita disposable income in the community stood at 3,200 yuan in 2018. That's less than 1.25 U.S. dollars a day and a meager 22 percent of the national average of 14,617 yuan for rural households in China that year.

Subsidies and direct financial assistance have helped villagers get by, but officials say breaking the generational cycle of poverty can't happen by throwing money at the problem. Instead, they're resolved to helping residents acquire the tools they need to stand on their own. Their biggest investment has been in education, with kindergartens teaching toddlers Mandarin, and primary and middle schools giving young boys and girls knowledge and the opportunity to dream big. Those of working age are offered workshops to develop technical and linguistic skills that make them employable in a market where manual labor is anything but in short supply.

Shaking up the status quo has not been without pushback. Some teenagers fail to understand the importance of getting a diploma and resist going to class. Even worse, many parents prefer to pull their children out of school once they're strong enough to tend to the land or do menial work. Their physical strength is a much-needed source of instant income, and the opportunity cost of children spending time at school is too high for the cash-strapped families.

Changing deep-rooted mentalities is an uphill battle, and poverty alleviation officials say that a little persuasion goes a long way. Although, they do concede that in extreme cases, they've threatened unbending parents with police involvement for flouting China's compulsory education law.

When they arrived at the village, the poverty relief team set in motion sweeping changes that affected more than what is visible with the naked eye. No one expects Kuijiu to be another version of Shanghai or the next Shenzhen, but by the time officials pack their bags and leave, they hope villagers are empowered to take up the mantle of change and equipped with the know-how and skills to fend for themselves for generations to come.