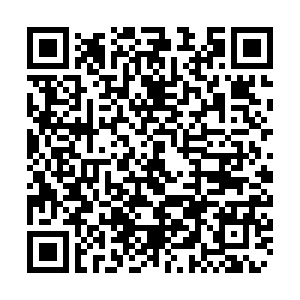 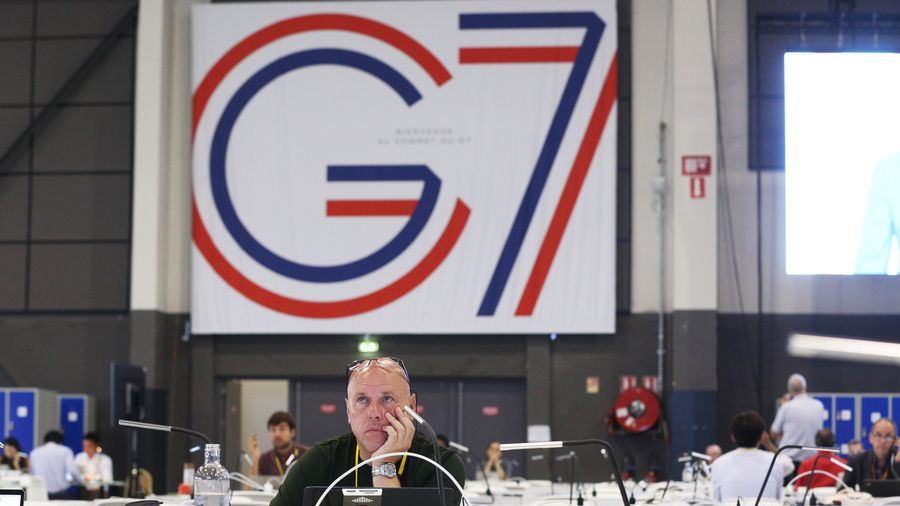 The latest attempt of the U.S. to drive a wedge between China and its many partners is to invite several of its most important partners to an expanded G7 meeting that it plans to host in September.

Any organization can invite whoever it wants to participate in its proceedings, but the intent of such a gathering mustn't be aimed against any third party. Unfortunately, the U.S. appears to be motivated by its desire to "contain" China by attempting to assemble a "coalition" of states that are tacitly against it even if other participants don't realize it.

American foreign policy has been characterized for the past few years by its aggressive actions against China.

It has taken many forms from illegal naval patrols through the waters of the South China Sea that lay within Beijing's legal jurisdiction to arming some of the countries that are in territorial disputes with it to even concocting a weaponized fake news narrative blaming the People's Republic for the COVID-19 global pandemic.

Against this strategic backdrop, it looks suspicious when the U.S. invites other countries to the G7.

Ideally, the best possible scenario would be that the seven official members and whichever of the invited countries choose to participate would focus solely on economic issues per the organization's founding doctrine.

The worst-case scenario, however, would be if the U.S. exploits its de facto leadership and present hosting of this upcoming gathering to propose economic policies tacitly aimed at "isolating" China by shifting global supply chains away from its territory for the implied purpose of "punishing" the People's Republic. 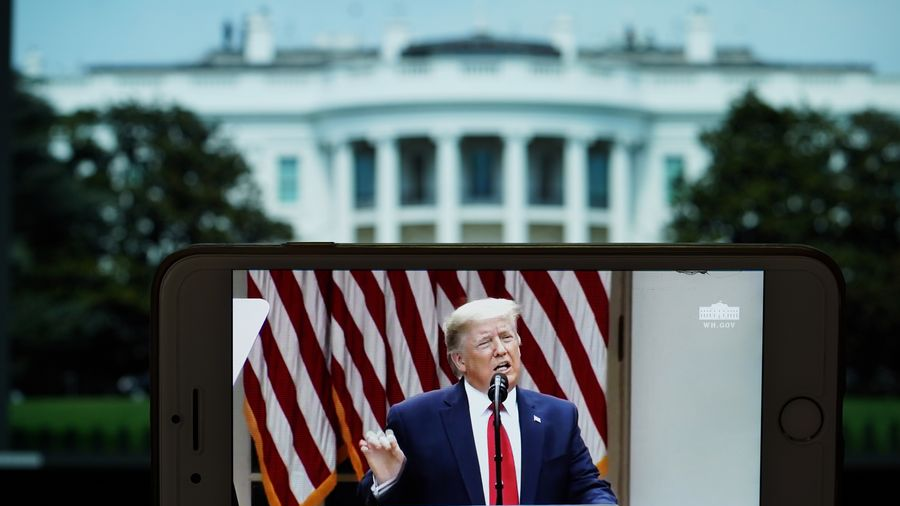 A live broadcast of U.S. President Donald Trump speaking at a press conference at the White House in Washington D.C., the United States, on May 29, 2020. /Xinhua

A live broadcast of U.S. President Donald Trump speaking at a press conference at the White House in Washington D.C., the United States, on May 29, 2020. /Xinhua

It's interesting that the U.S. chose to invite Australia, India, Russia, and the Republic of Korea. The first two-mentioned countries are part of the so-called "quad" together with the official G7 members of the U.S. and Japan that some observers have noted has the potential to turn into an anti-Chinese bloc. As for Russia, it's been wanting to clinch what can be described as a "new detente" with the U.S. for some time now, while the Republic of Korea is a decades-long American ally.

There is nothing wrong in principle with any of those countries agreeing to join this September's summit, but they should take care not to be misled into supporting U.S.-proposed policies that could directly or indirectly undermine China.

All countries should have mutually beneficial relations with one another that don't harm the interests of any third party, hence why they mustn't get caught in one of their partners' plots against another. Balancing, not partisanship, should define the future of international relations.

To explain, the improvement of any given country's relations with the U.S. doesn't have to occur at the expense of their ties with China, and vice-versa.

It's actually very important for leading countries to meet with one another in order to brainstorm solutions to the present global economic crisis, though it's unfriendly of Trump not to invite China to participate in this considering that it's the world's second-largest economy. Even so, it wouldn't necessarily be an unfriendly act for other countries to participate in that gathering in its absence.

What's important is that their representatives are aware of America's hostile intentions against China and therefore are exercising the utmost caution to avoid involving their countries in its geostrategic games.

They should also ensure that whatever joint economic policies they agree upon during their summit don't exclude the possibility of also including China otherwise they might not be interpreted positively by the People's Republic. It's best to avoid doing anything that could give off the impression of taking sides in America's disputes with China.

Looking forward, it'll remain to be seen whether Trump's proposal to invite several other economies to participate in this September's G7 Summit will amount to anything significant at all.

The symbolism of leaving out China is suspicious and calls into question the American leader's strategic motives, but that doesn't mean that this gathering will inevitably have any negative effect on any of its participants' relations with China.

Nevertheless, the world will be watching closely to see what ultimately happens during and after that event.