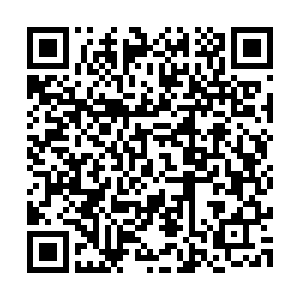 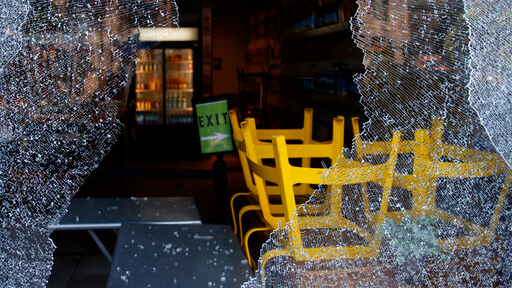 The shattered window of a Lebanese restaurant is seen in Washington, May 31, 2020, the morning after protests over the death of George Floyd. /AP

The shattered window of a Lebanese restaurant is seen in Washington, May 31, 2020, the morning after protests over the death of George Floyd. /AP

Restaurants from Atlanta to Washington, D.C. are taking a stand with crowds protesting racial injustice in the U.S. despite violence bruising their pandemic-battered businesses.

Fast-food chains, coffee shops, bakeries, and breweries have weighed in on the police killing of George Floyd and are responding to rallies taking over the streets with messages of support, fundraising initiatives and free meals to protesters.

The death of Floyd, a 46-year-old black man, in the custody of Minneapolis police last Monday was ruled a homicide. Footage of police officer Dereck Chauvin digging his knee into the neck of the handcuffed and unarmed man triggered nationwide outrage over police brutality and racial bias.

Calls for justice to be served and chants of "I can't breathe" – Floyd's repeated plea to Chauvin – have been echoing across U.S. cities for over a week, growing louder as police and protesters come face to face.

Foodservice establishments have not turned a deaf ear, showing they're attuned to the pulse of the street by speaking out against racism and disproportionate police violence against people of color. By breaking their silence, they also broke a long-held tradition of businesses in the hospitality sector keeping mum on political matters and affiliations in an attempt not to lose customers. 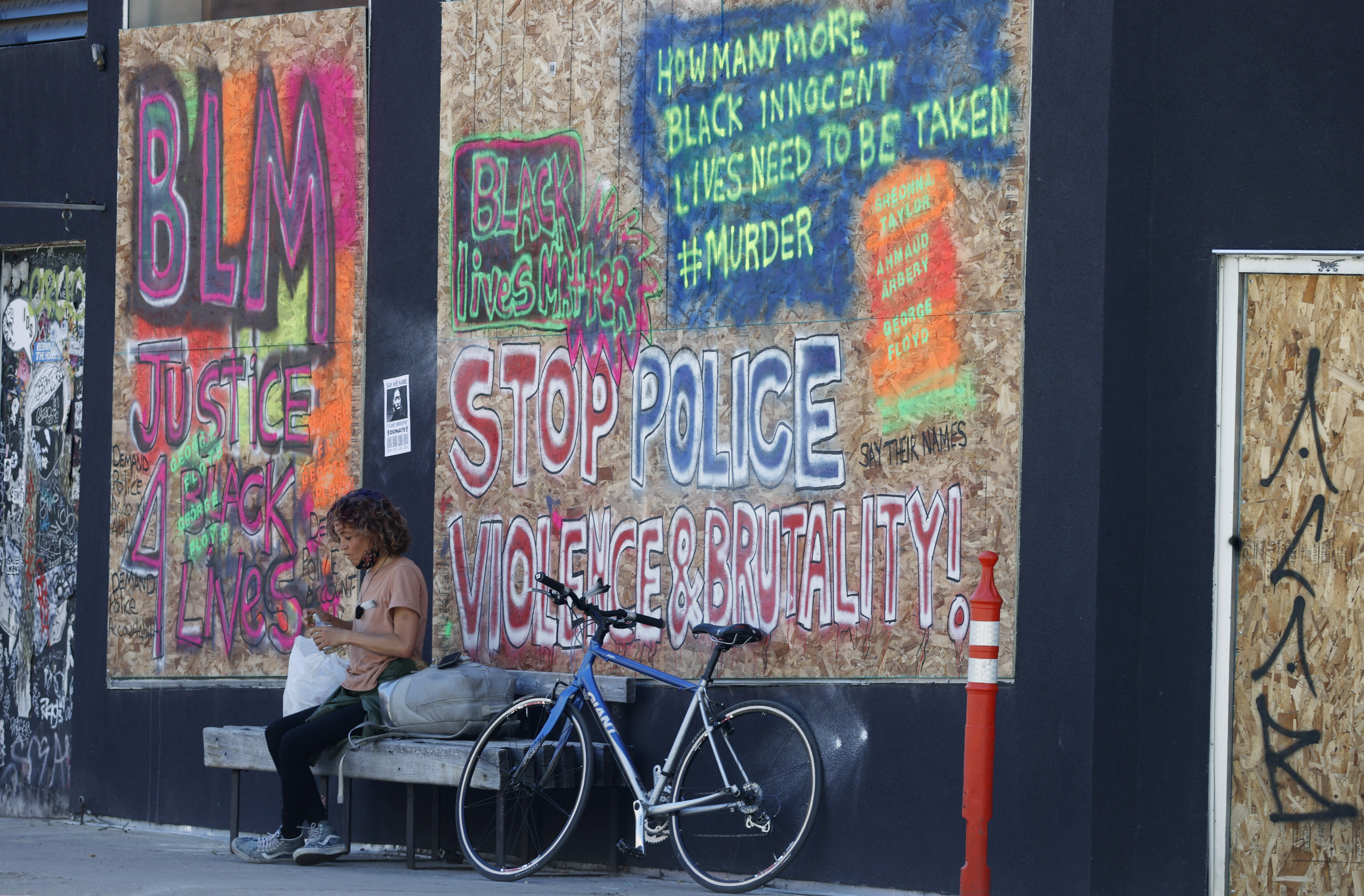 A restaurant on which plywood sheets put up to protect the windows were sprayed with graffiti after rioting over the death of George Floyd, in Denver, May 31, 2020. /AP

A restaurant on which plywood sheets put up to protect the windows were sprayed with graffiti after rioting over the death of George Floyd, in Denver, May 31, 2020. /AP

"For many of us in hospitality, we've been told never to mix business with personal values. But f*** that," read an Instagram post by a restaurant in Houston, where Floyd had spent most of his life. The message accompanied a blank black square as the owners joined #BlackOutTuesday, a social media campaign calling on Americans to hit the pause button on their life and reflect on what's happening around them.

"In the past as a company, we tended to stay silent on issues that don't directly involve our business," wrote MacDonald's U.S. President Joe Erlinger on LinkedIn on Saturday. "Quite simply, I am appalled by recent events in Louisville, Georgia, New York, and Minneapolis."

On the same day, Starbucks held an online forum that brought together 2,000 employees who "felt compelled to join a conversation about the murders of George Floyd, Ahmaud Arbery and Breonna Taylor and the many other racial injustices that have shaken the entire country and each one of us," said CEO Kevin Johnson in a statement.

Taco Bell joined the chorus of condemning voices, tweeting on Tuesday a letter from CEO Mark King in which he said, "Let us be clear: We don't tolerate racism or violence against black people." 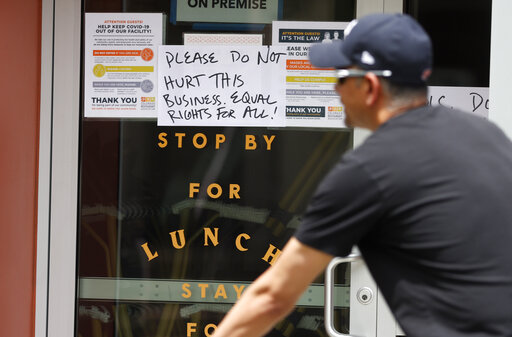 A handwritten sign is taped to the door of a restaurant as a message to rioters over the death of George Floyd, in Denver, May 31, 2020. /AP

A handwritten sign is taped to the door of a restaurant as a message to rioters over the death of George Floyd, in Denver, May 31, 2020. /AP

While big names in the game stuck to statements, others decided to take concrete action.

Upward Projects, a group that operates over a dozen restaurants across Arizona, Colorado, and Texas, closed up shop on Tuesday to allow their team to join people on the streets, while a Washington D.C.-based pizza chain announced it is offering paid time off for employees wanting to engage in activism.

Some eateries across the country are donating part of their revenue to help pay bail fees for arrested protesters or fund Black Lives Matter, the National Association for the Advancement of Colored People (NAACP), and other movements.

Other diners are making sure that demonstrators are sated, hydrated, and protected against the coronavirus and cops. Time Out Magazine said that an Asian fusion restaurant in Brooklyn was passing out coconut pies and tea to New Yorkers marching on the streets last weekend, while the New York Times reported that a Jamaican restaurant in Minneapolis, where Floyd was killed, was handing out bags filled with gloves, face masks and first-aid kits.

Acts of solidarity with the sweeping wave of protests come as civil unrest deals a heavy blow to restaurants, already crippled from months-long closures and slow business because of the COVID-19 pandemic. 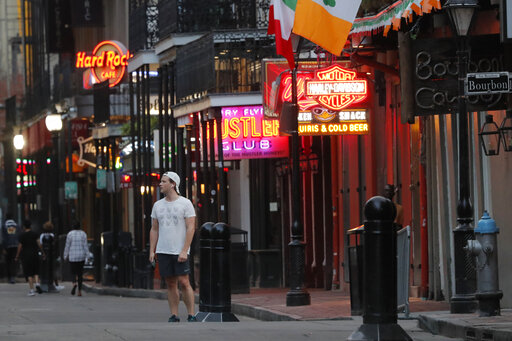 States had just begun to ease measures in place to restrict the spread of the virus and reopen their economies. With stay-at-home orders relaxed and on-premise dining bans gradually lifted, as many as 320,000 restaurants in the U.S. were readying themselves to welcome patrons back into their dining rooms, according to The NPD Group.

There were signs of recovery, data from the market research company showed, with overall transactions for 70 fast-food, fast-casual, and full-service dining chains across the country down 18 percent year on year during the week ended May 24 – an increase of 25 percentage points from the steepest slump in the week ended April 12.

But escalating violence on the streets has thrown a wrench into plans to resume business as normal.

Amid heightened tensions, curfews were imposed in over a dozen cities and National Guard troops were called in. In one unfortunate turn of events, a black restaurant owner was shot dead in Louisville, Kentucky early Monday morning when security forces opened fire as they responded to gunfire while enforcing a curfew. The police chief was dismissed from his post over the incident after it appeared that officers at the scene had not activated their body cameras.

Restaurants were also attacked and looted, their storefront vandalized and windows smashed in overnight chaos as protests took a turn for the worse.

In Minneapolis, Gandhi Mahal, an Indian restaurant that had fed and tended to tear-gassed protesters, went up in flames last Thursday after an adjacent building was set on fire. But that didn't turn the owners against the cause or the marchers.

"We can rebuild a building, but we will never reclaim the life George Floyd didn't get to live. For years, protesters tried peace. It didn't work," wrote Hafsa Islam, whose father owns the restaurant, in The Washington Post on Monday.