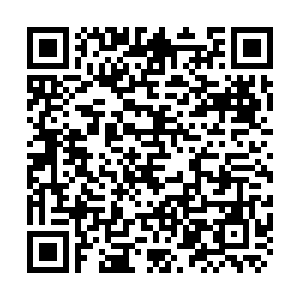 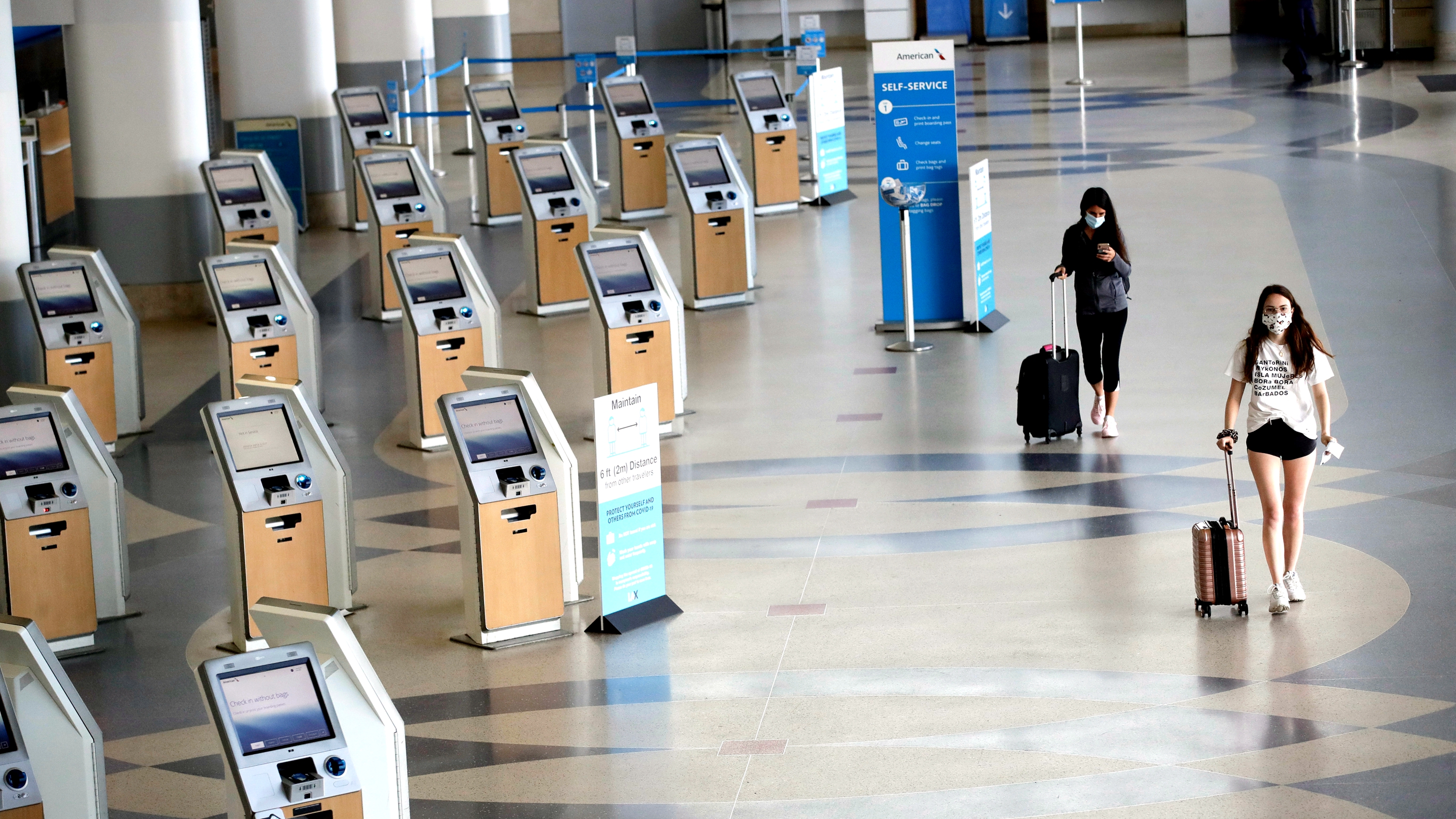 Few sectors of the economy have endured as much devastation from the coronavirus as the travel business. Surveying the wreckage, economists and company leaders say it will take years to regenerate the 1.1 trillion U.S. dollars the industry produced last year, potentially leaving many airlines, hotels, rental car companies and restaurants in peril.

As long as travel remains depressed, the economy could struggle to accelerate. About 10 percent of all jobs flow from the travel sector. Industry-wide unemployment now tops 50 percent, government reports suggest, a level that could presage bankruptcies and business closures. Spending by business and leisure travelers had provided an engine of growth that helped power the economy until the virus struck.

The industry's collapse is unrivaled in recent memory. The closest parallel, the 9/11 terrorist attacks, closed airports for four days. The industry needed roughly two years to match its previous passenger levels. The cost this time is estimated at nine times the damage from 9/11, Tori Emerson Barnes, an executive at the U.S. Travel Association said.

Even before then, American and United Airlines have said they will slash management and support staff by 30 percent – about 8,500 jobs between them. Delta has launched an early-retirement offer and warned of layoffs if there aren't enough takers. Those moves don't include the tens of thousands of union pilots and flight attendants who are likely to be furloughed in October. 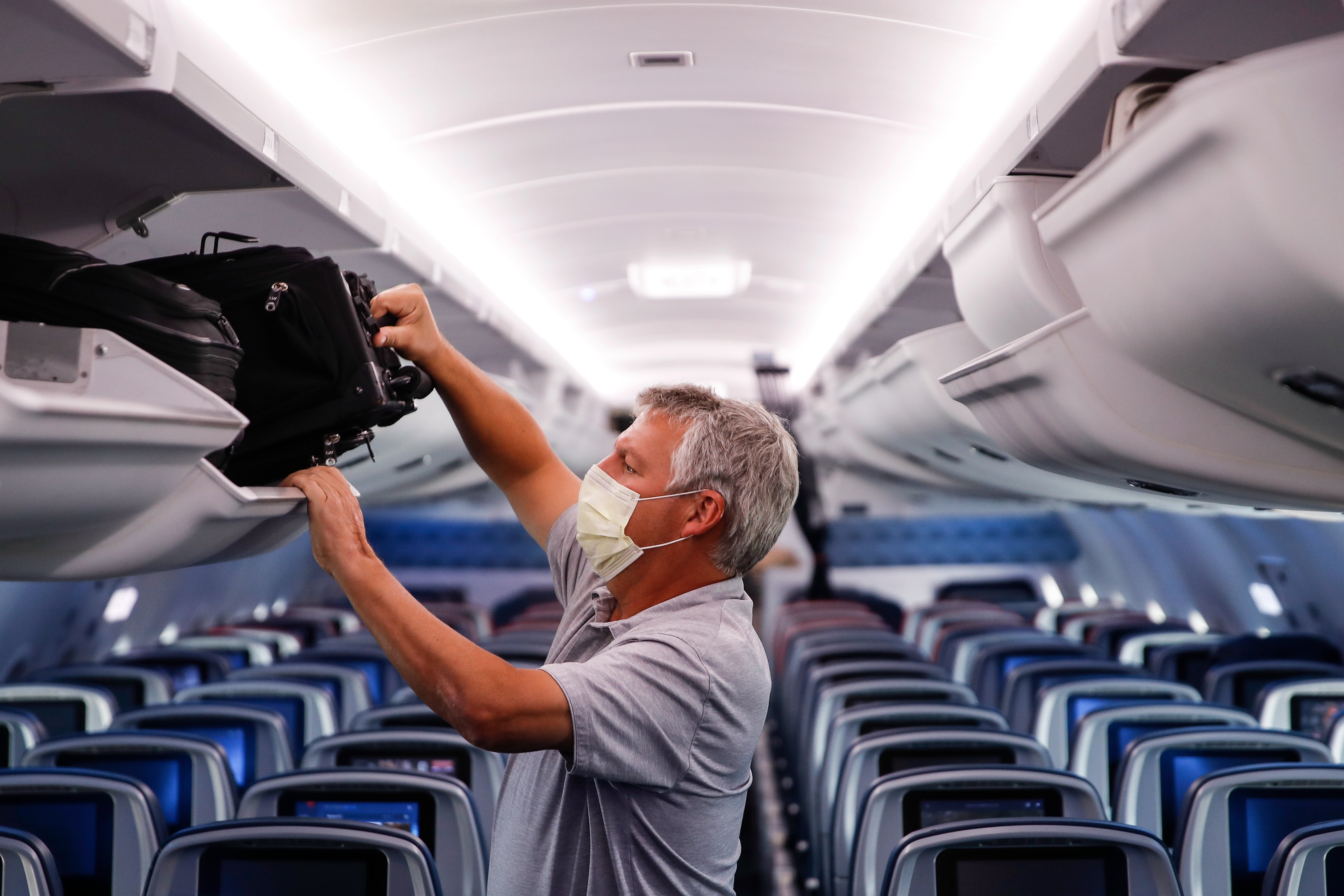 A passenger wears a face mask on a Delta Airlines flight after landing at Minneapolis–Saint Paul International Airport in Minnesota, U.S., May 28, 2020. /AP

A passenger wears a face mask on a Delta Airlines flight after landing at Minneapolis–Saint Paul International Airport in Minnesota, U.S., May 28, 2020. /AP

The U.S. Travel Association is urging the government to provide more help through individual tax credits worth up to 4,000 dollars for domestic travelers. The industry also wants to make business meals and entertainment fully tax-deductible for companies.

Across the hotel industry, mid-priced companies are managing better than luxury ones. Hotels near beaches and in smaller cities are faring better than urban locations. Lodging that draws nearby tourists is doing far better than those that rely on airports.

Nowhere is the devastation as severe as in Nevada. The state leads the nation with a crushingly high 28-percent unemployment rate – above the worst U.S. jobless rate recorded in the depths of the Great Depression.

Hawaii has similarly suffered, with 22 percent unemployment. Other states, especially those with major airline hubs like California, New York, Texas, Illinois and Georgia, have also endured deep layoffs in the tourism sector. Airport officials in Orlando estimate that travel to the home of Disney World and Universal Studios won't return to previous levels until sometime between 2022 and 2025.

The number of passengers screened at airport checkpoints remains down nearly 90 percent from a year ago. The average domestic flight is carrying fewer than 50 passengers. 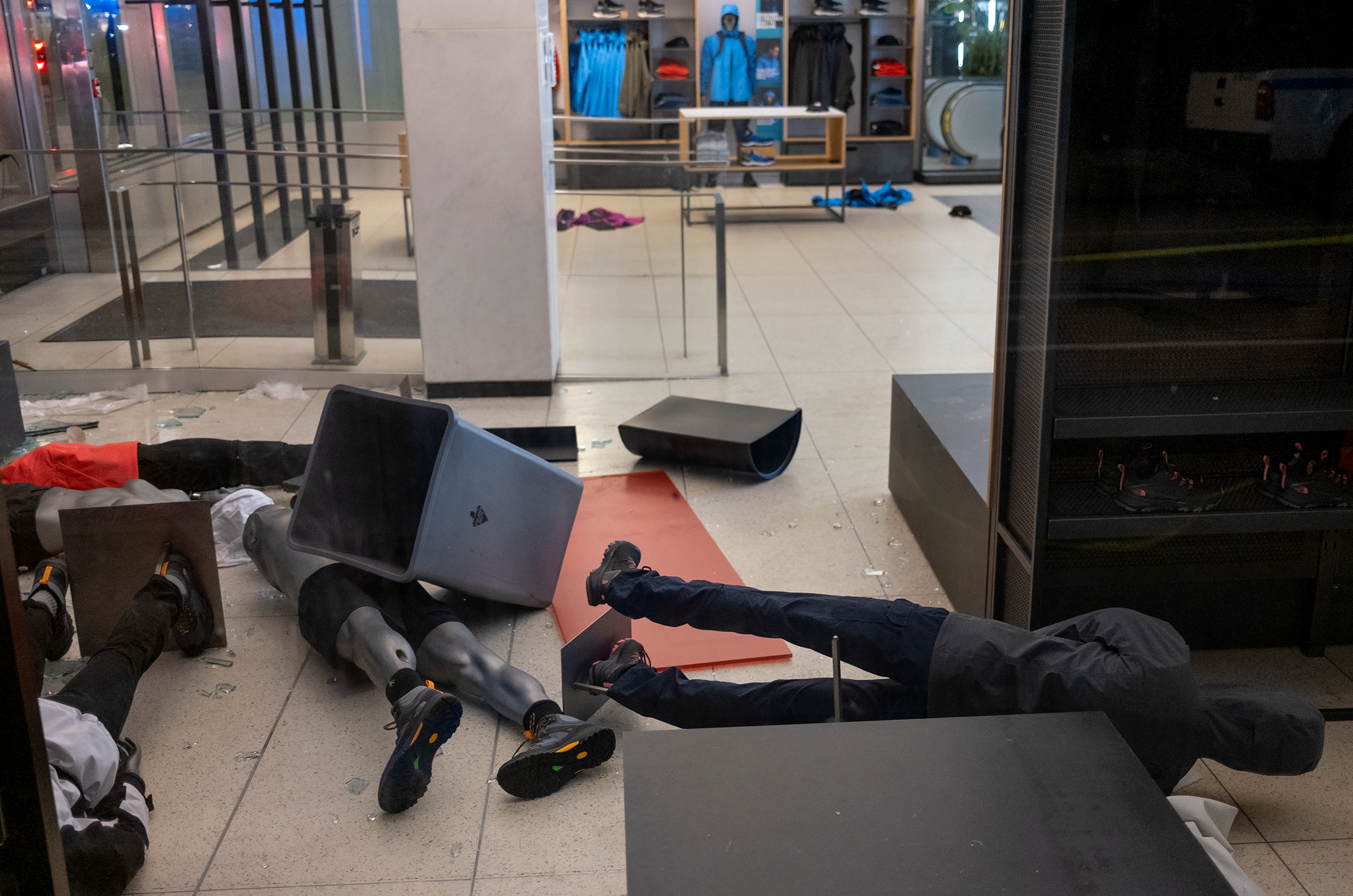 Mannequins lay on the floor of a damaged outdoor clothing store in midtown Manhattan, a borough of New York, after the shop was broken into following unrest in the wake of the death of George Floyd, June 1, 2020. /AP

Mannequins lay on the floor of a damaged outdoor clothing store in midtown Manhattan, a borough of New York, after the shop was broken into following unrest in the wake of the death of George Floyd, June 1, 2020. /AP

Now with mass protests erupted across U.S. cities over the killing of African-American George Floyd, who died after a police officer knelt on his neck in Minneapolis on May 25, hundreds of cities have imposed curfews, including Atlanta, Chicago, Denver, Los Angeles, San Francisco and Seattle. About 5,000 National Guard soldiers and airmen were activated in 15 states and Washington, D.C.

In many U.S. cities, protesters have set police cars ablaze, smashed windows of businesses, been shot, and skirmished with baton-wielding officers. From Washington to Los Angeles, anger over George Floyd's death is being fed by a long history of police killing unarmed black men.

Along with the coronavirus epidemic, the sudden, mass civil unrest has put a question mark on the future of the country's tourism recovery.

(Cover: Travelers walk past self-service kiosks at the American Airlines terminal of the Los Angeles International Airport, U.S., May 28, 2020. /AP)