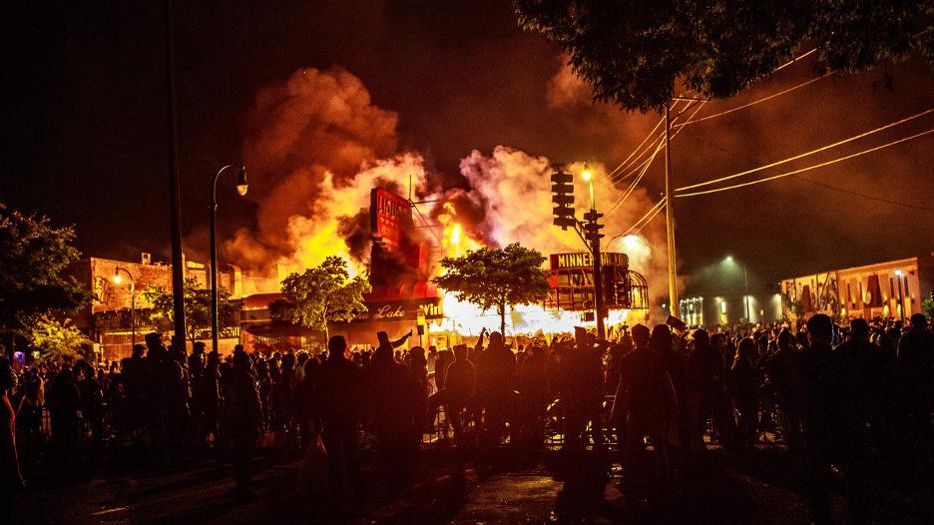 George Floyd's death in U.S. police custody sparked an outpouring of solidarity from protesters around the globe. The century-old Uncle Hugo's Science Fiction Bookstore and its neighbor, Uncle Edgar's Mystery Bookstore, were burned down in riots in Minneapolis, Minnesota on May 30, Forbes magazine reported.

Uncle Hugo's Science Fiction Bookstore was founded on March 2, 1974. It is the oldest independent science fiction bookstore in the U.S. and belongs to the same owner as Uncle Edgar's Mystery Bookstore - Don Blyly. The two bookstores, which are neighbors, have long been popular with American readers and are cultural landmarks in Minneapolis.

Uncle Hugo's Science Fiction Bookstore, like many independent bookshops, closed in March amid the COVID-19 outbreak and laid off four of its six employees. Don Blyly is seeking crowdfunding from independent booksellers to tide him over. Unexpectedly, at 3:30 a.m. on May 30, he got a call from his insurance company to be told that the door to Uncle Hugo's Science Fiction Bookstore had been broken open. When he arrived on the scene, he found the two bookshops on fire.

The fire destroyed more than 100,000 copies of books, including many of the authors' signature versions and books that had been stored for decades, and caused damage worth over 1 million U.S. dollars.

Don Blyly said he plans to rebuild the two bookstores in their original locations, but it's up to the insurance company to decide. He insured both bookstores and the stock, which were still insured when they burned down. But that hasn't erased his worries.

Blyly's old policy expired on May 23, and while he renewed the policy, he hasn't yet received an invoice for his first payment.

"So I'm rather nervous about this," he told the Minneapolis / St. Paul Business Journal. For Don Blyly, these two stores are everything he has, and all his possessions are tied up to them.

After news of the two stores' destruction spread on social media, many science fiction writers in the U.S. proposed offering signed copies for Blyly to mitigate the loss. Many enthusiastic netizens also hope to launch a crowdfunding campaign for the two bookshops to help Blyly tide over the difficulties.

But Blyly is still waiting to hear from the insurance company.

(Cover: Protesters gather around a liquor store in flames near the Third Police Precinct on May 28, 2020, in Minneapolis, during protests over the death of George Floyd. /AFP)