Withdrawal from the WHO hampers the U.S. fight against COVID-19
Dennis Etler 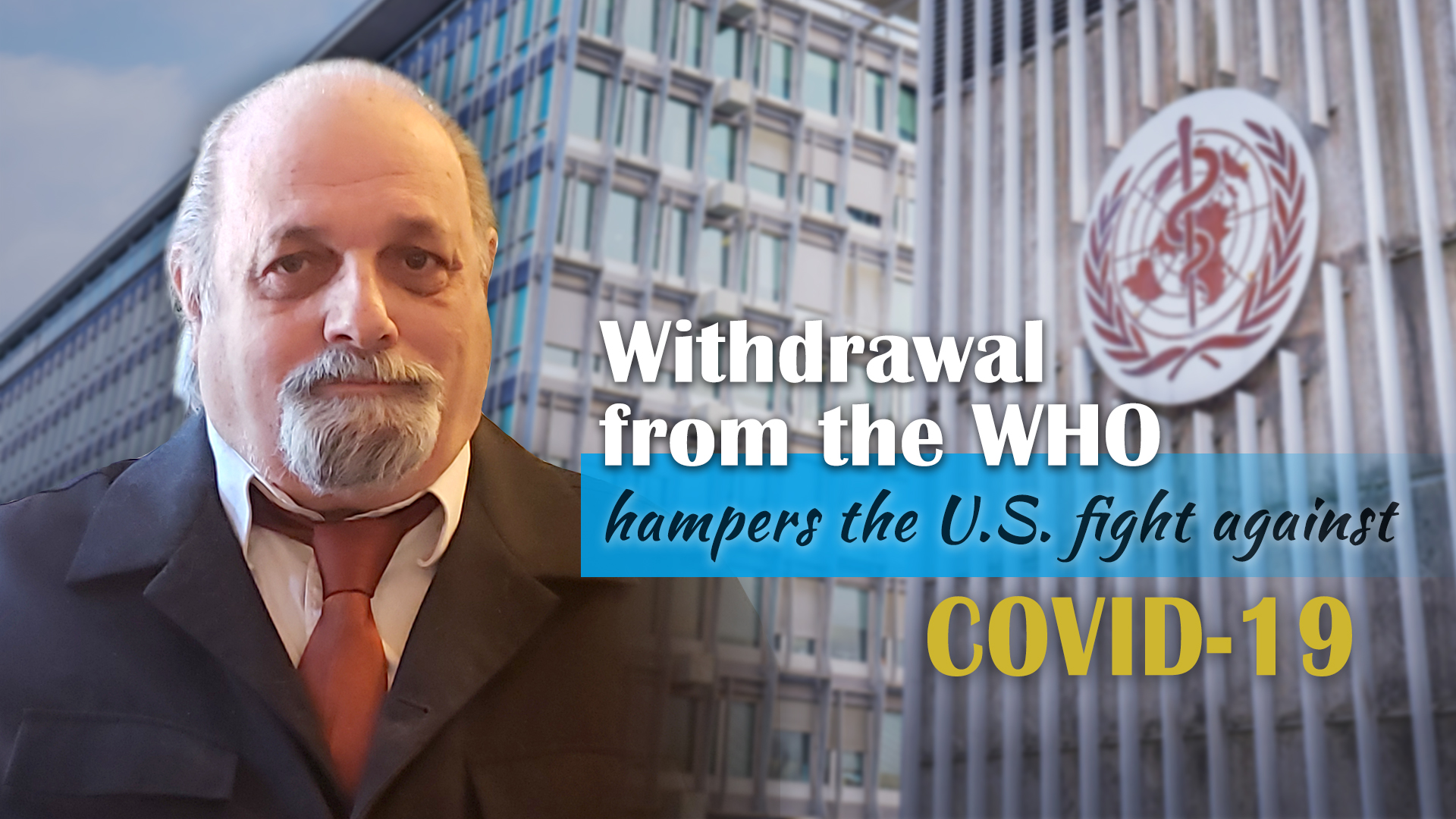 Editor's note: Recently, President Donald Trump announced U.S.' withdrawal from the World Health Organization over its response to China's handling of the COVID-19. Will such move help the U.S. fight against the coronavirus disease? How does this decision serve him? Dennis Etler, a current affairs commentator, who holds a doctorate in anthropology from the University of California, Berkley, and conducted archaeological and anthropological research in China throughout the 1980s and 1990s and taught at the college and university level for over 35 years, shares his view with CGTN on this issue. The article reflects the author's opinions, and not necessarily the views of CGTN.

The decision by Trump to withdraw from the World Health Organization is really totally counterproductive. It serves no useful purpose. All it does is impede the work of an international organization that has representatives from nations all around the world, and China just being one of many. The European, African, Latin American, Asian countries are all equally represented on the bodies of the World Health Organization. China has no more influence over its decisions and structure than any other country.

The U.S. withdrawal has no other purpose than to further Trump's political agenda. It's definitely not going to help in any way the fight against the COVID-19 pandemic in the U.S. or anything. It's going to make it much more difficult because the U.S. will now be basically isolated from the rest of the world in its fight against the pandemic.

As it has been clearly stated by China and others, we need to cooperate globally in this fight. It's not a fight between China and the United States or any other country, but a fight against the virus, which knows no national boundaries.

It's absurd to think that the U.S., by withdrawing from the World Health Organization, is in any way going to contribute to that fight, or in any way mitigate the effects of the virus on the U.S.. It's going to make things much worse.

There is absolutely no rationale for this action on the part of the U.S. President other than it serves his political agenda.  He's only concerned about preserving his hold on power. And he knows that because of his bungled effort to contain and control the virus, which was very late in the making. He ignored the potential threat of the coronavirus until it was far too late. And now he's trying to make it out as if he's been victorious when course the virus is still circulating.

The piecemeal efforts that were initiated have served no purpose other than to basically devastate the economy, while not in any way hindering the spread of the virus. The virus is running rampant throughout the country, and he has to deflect away from his responsibility.

There's a lot of commentary in the U.S. and elsewhere that China allowed the coronavirus to spread, to infect the rest of the world, and there's absolutely no truth to that allegation. The reason why China was able to control the virus was because of its very quick and proactive lockdown of Wuhan.

The reason why the U.S. and Western Europe could not contain and control this coronavirus is because they did not take it seriously; they did not implement the necessary measures soon enough; and they did not prepare in advance. So when it did suddenly explode, they were totally unprepared.

The whole narrative is just totally biased and prejudiced against China and doesn't take into account the actual circumstances on the ground. And this vendetta Trump has against the World Health Organization is merely a political ploy to deflect attention away from his own abysmal failure.