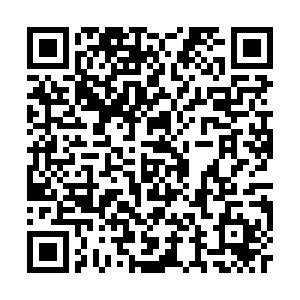 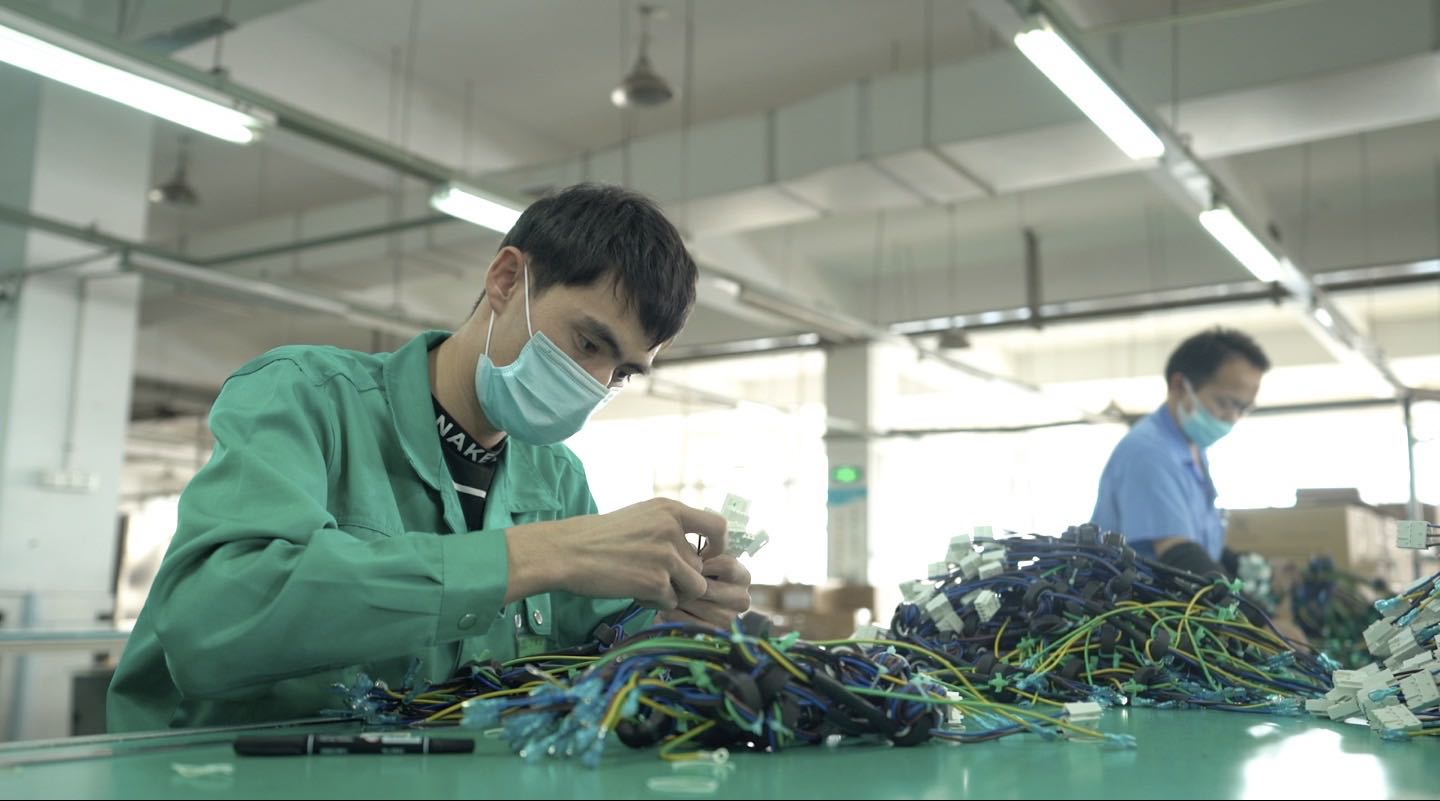 Elkem Emet has worked in an electronics factory in east China's Anhui Province for over a year. The 22-year-old man from northwest China's Xinjiang Uygur Autonomous Region set a goal before departing his hometown – make money, and then marry his beloved girlfriend.

Elkem is from Makit, a poverty-stricken county just on the edge of the world's second largest drifting desert – the Takla Makan. Due to weak economic foundation, there are very limited job opportunities for locals.

"I felt somewhat afraid before coming here, since it was my first time traveling far away," Elkem told CGTN.

And his major challenge at the start was the language barrier.

"I couldn't get what my team leader said during work when I just came here, and had to turn to our 'instructor' for help," Elkem recalled. "Now I have learnt much Mandarin and can solve many problems by myself."

The "instructor" he referred to is a local government officer who stays at the workplace to serve workers from Xinjiang by facilitating communication between them and the factory, teaching them Mandarin and arranging sightseeing, among others.

The Uygur young man says he now loves working here, and describes his relationship with other workmates as ""brothers and sisters." But he says homesickness remains.

CGTN crew also traveled to Elkem's hometown to see if his family are supportive of his decision to work outside of Xinjiang. 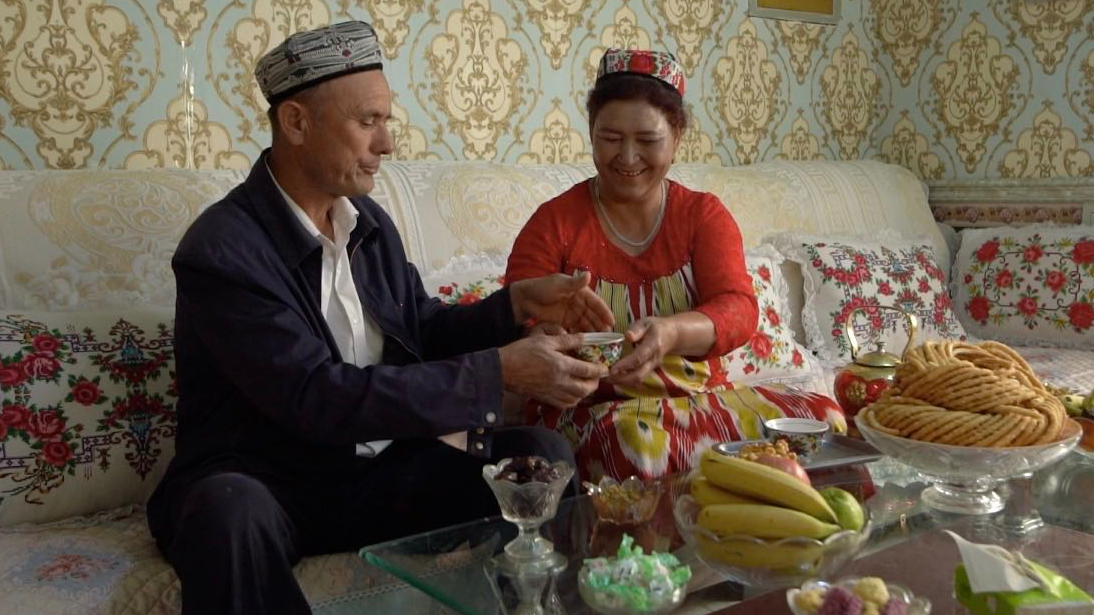 Elkem's parents said they miss their youngest son very much, and said they contact him via video call whenever possible. But they feel reassured that their once naughty boy has grown up well.

"He said over the phone that he brought us a lot of trouble before, but told us he would take good care of us after he earns enough money and comes back. It warms my heart to hear that," Meramnisa Tursun, Elkem's mother, said while weeping.

The family's monthly income used to be about 1,000 yuan, or 140 U.S. dollars, solely from farming. Now, Elkem's salary is triple that – a great relief for the family.

"Our house was simple in the past. We decorated it with the money he gave us. Now, it's better equipped. Changes are evident," said Meramnisa. 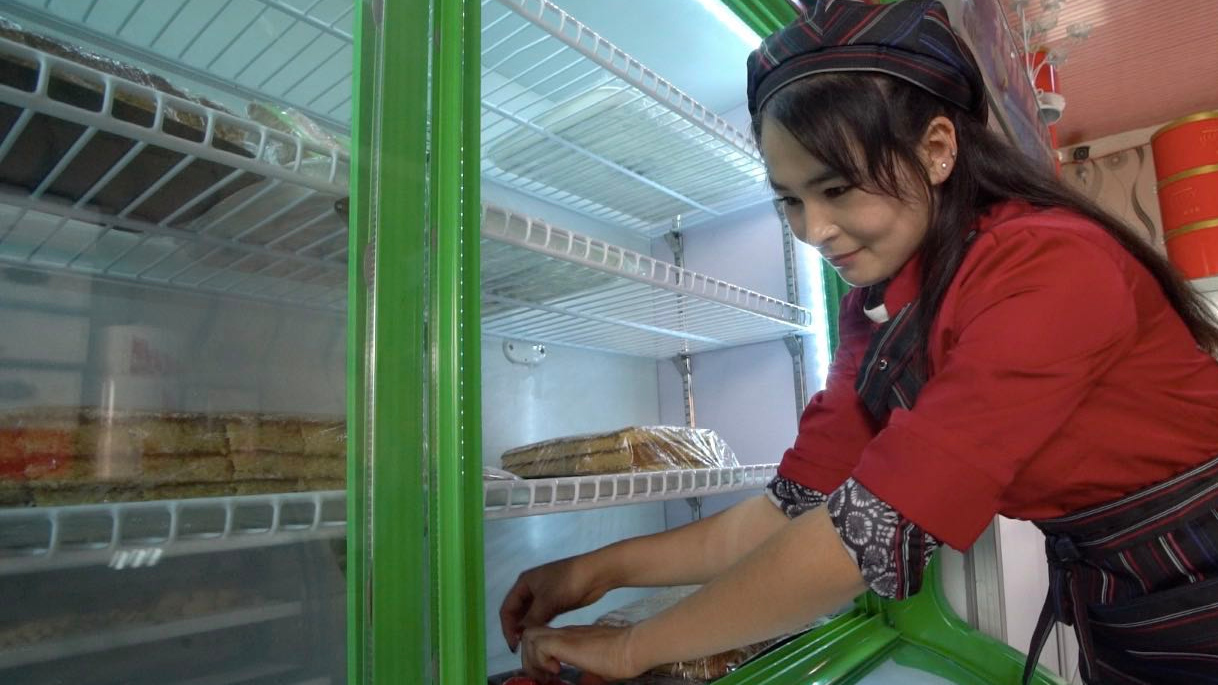 Elkem's girlfriend, Rezwangul Kasim, is the one that encouraged him to venture out. She now runs a bakery shop at home, and looks forward to a happy ending with her lover.

"I trust his ability, and will wait for him. Our families will be happy only when we are happy," said Rezwangul.

The young couple has bigger goals.

"We plan to get married by the end of this year. Then I hope he can bring me to other cities where we can earn money and learn some skills together. In the long run, I want to expand my bakery shop, and he can also start his own business," said the young woman.

Over the past few years, a growing number of young people like Elkem have chosen to venture out to different provinces for better employment opportunities. Figures from the human resources department of Makit County show that in the first four months of this year, more than 1,800 people have secured jobs in other parts of China.

However, some Western media have labeled such labor transfer as "mass forced labor" against locals' will.

"I made the decision to come on my own," said Elkem, adding that he can ask for time off to visit his parents and girlfriend.

"I think I haven't saved enough money. I will continue to work hard and go back home only after my goal is achieved," he said.

And Elkem is confident that his goal will be achieved very soon.