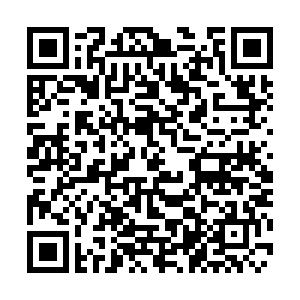 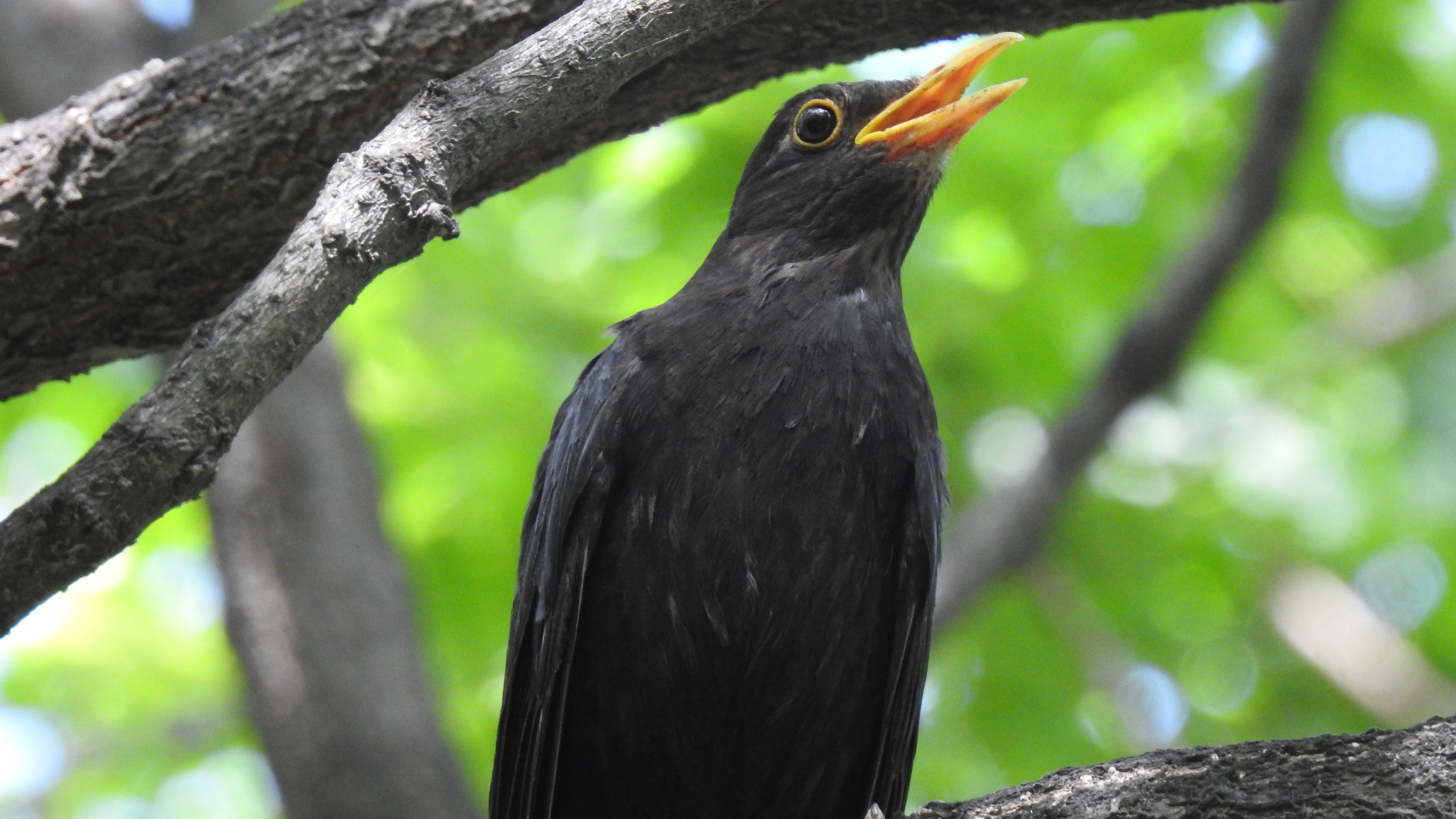 Singing in a tree in Beijing. Ding Qian/CGTN

Singing in a tree in Beijing. Ding Qian/CGTN 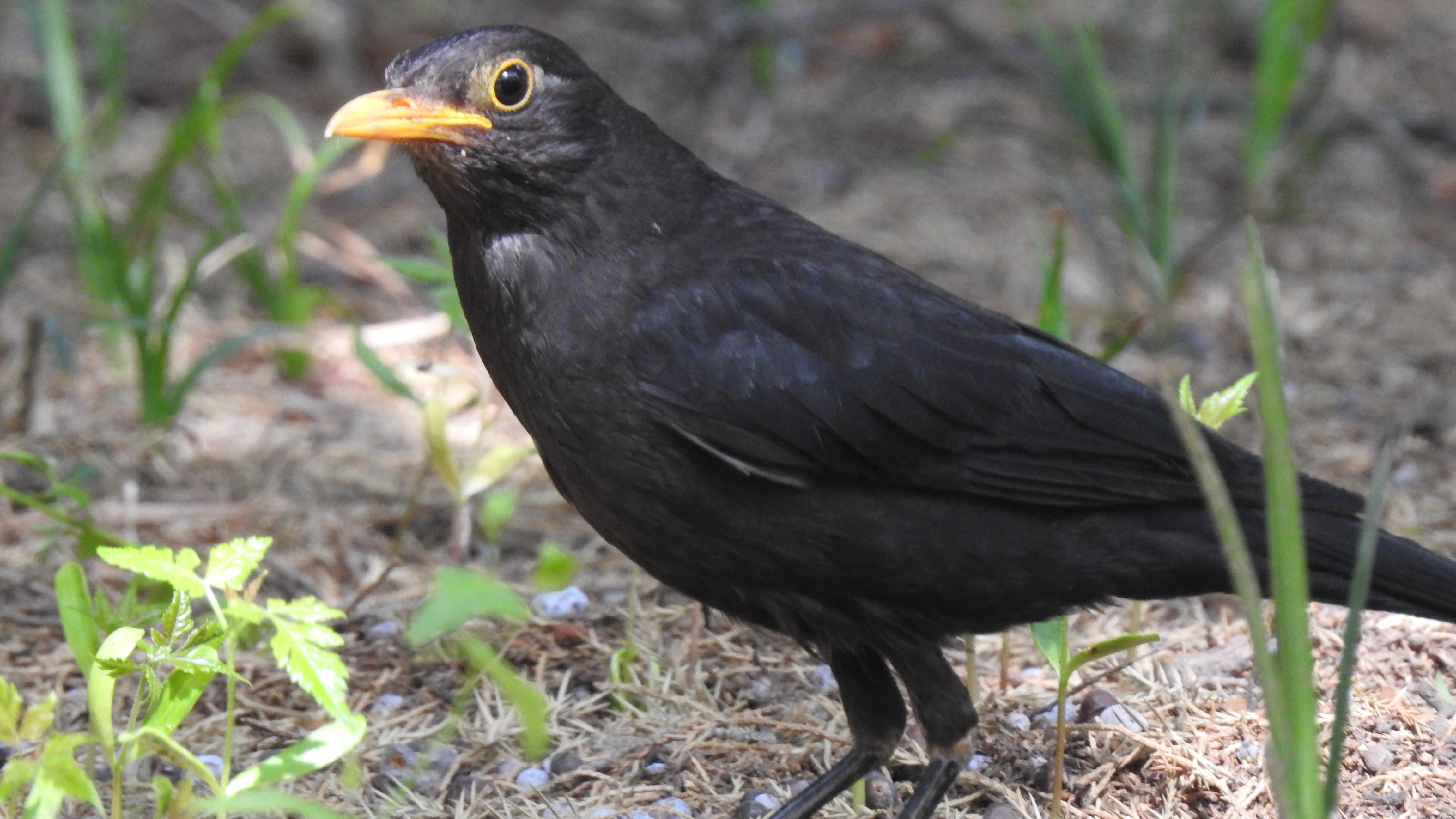 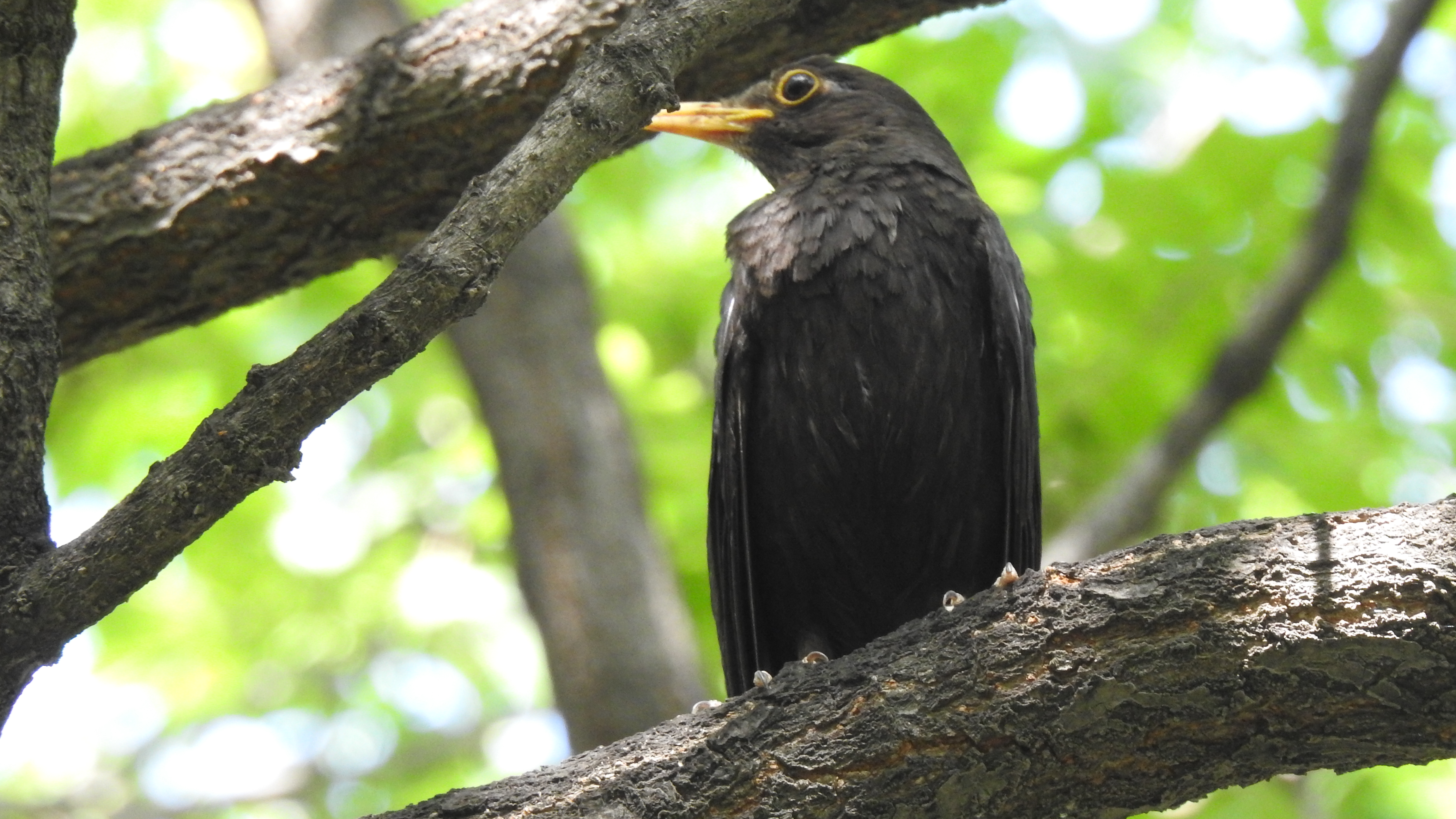 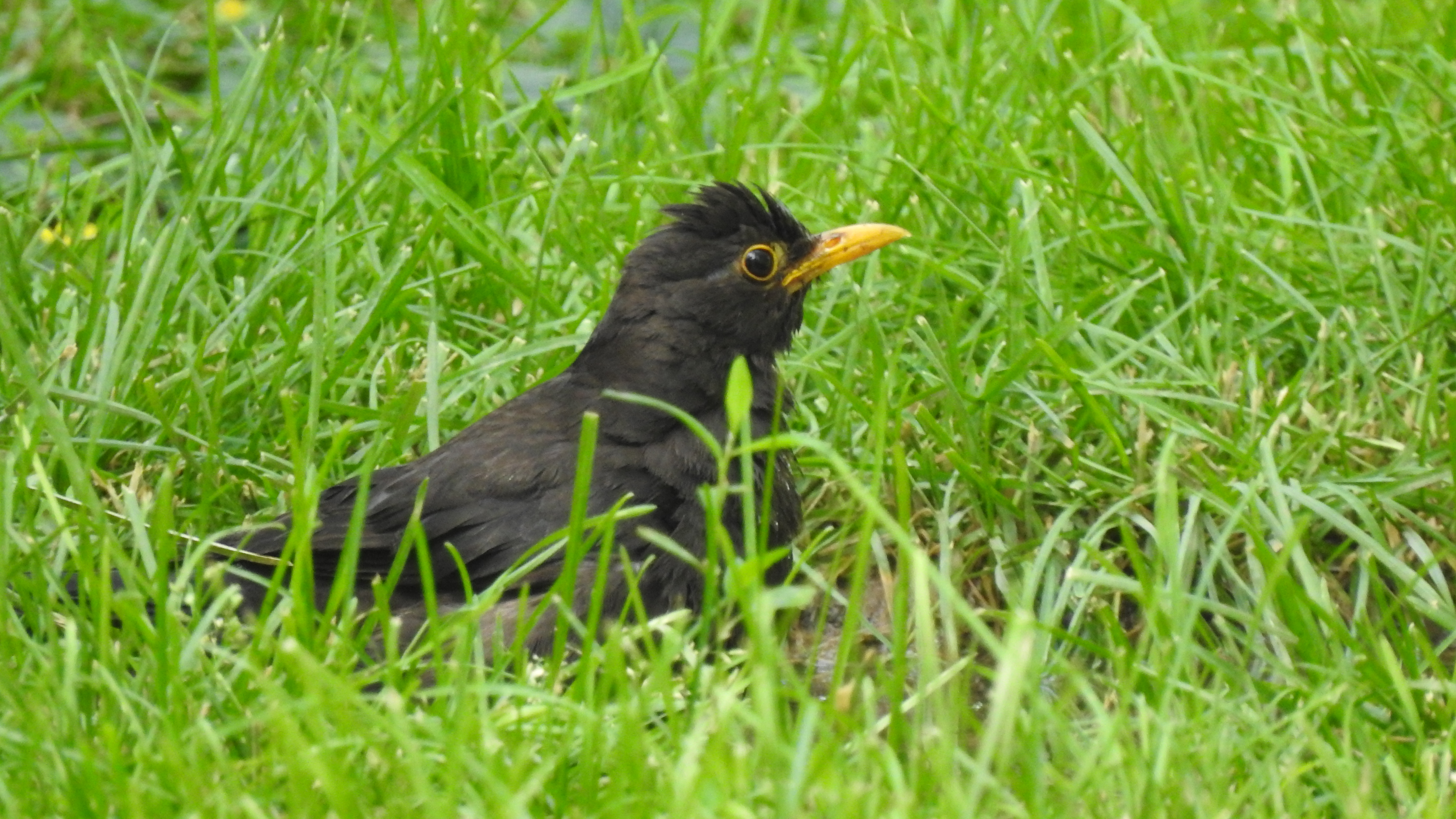 The Temple of Heaven, located in downtown Beijing, used to be a place for emperors to hold worship ceremonies. Now it is a park many animals call home, including sparrows, magpies, woodpeckers and the common blackbird, which is known for its melodious songs. The courtship songs of male blackbirds have beautiful and clear notes. When the birds are alarmed, they make "tink-tink-tink" sounds quickly and when they are disturbed, they make low "tchuc" sounds.

Unlike birds with glowing bright-colored feathers, such as the toucan, rainbow lorikeet and Indian peafowl, the appearance of the common blackbird is not that special. It's all black except for a yellow bill and eye-ring.

The bird, also called the Eurasian blackbird, breeds in China, Europe, India and North Africa. They live in varied habitats including forests, mountainous regions and cities. City dwellers love the common blackbird for its beautiful calls and songs. The bird is also a superb mimic. Studies have shown that they can mimic other birds, and even imitate human whistles.