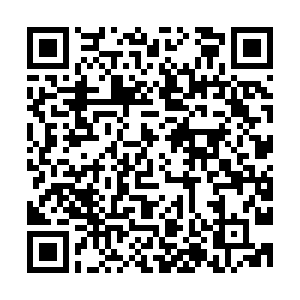 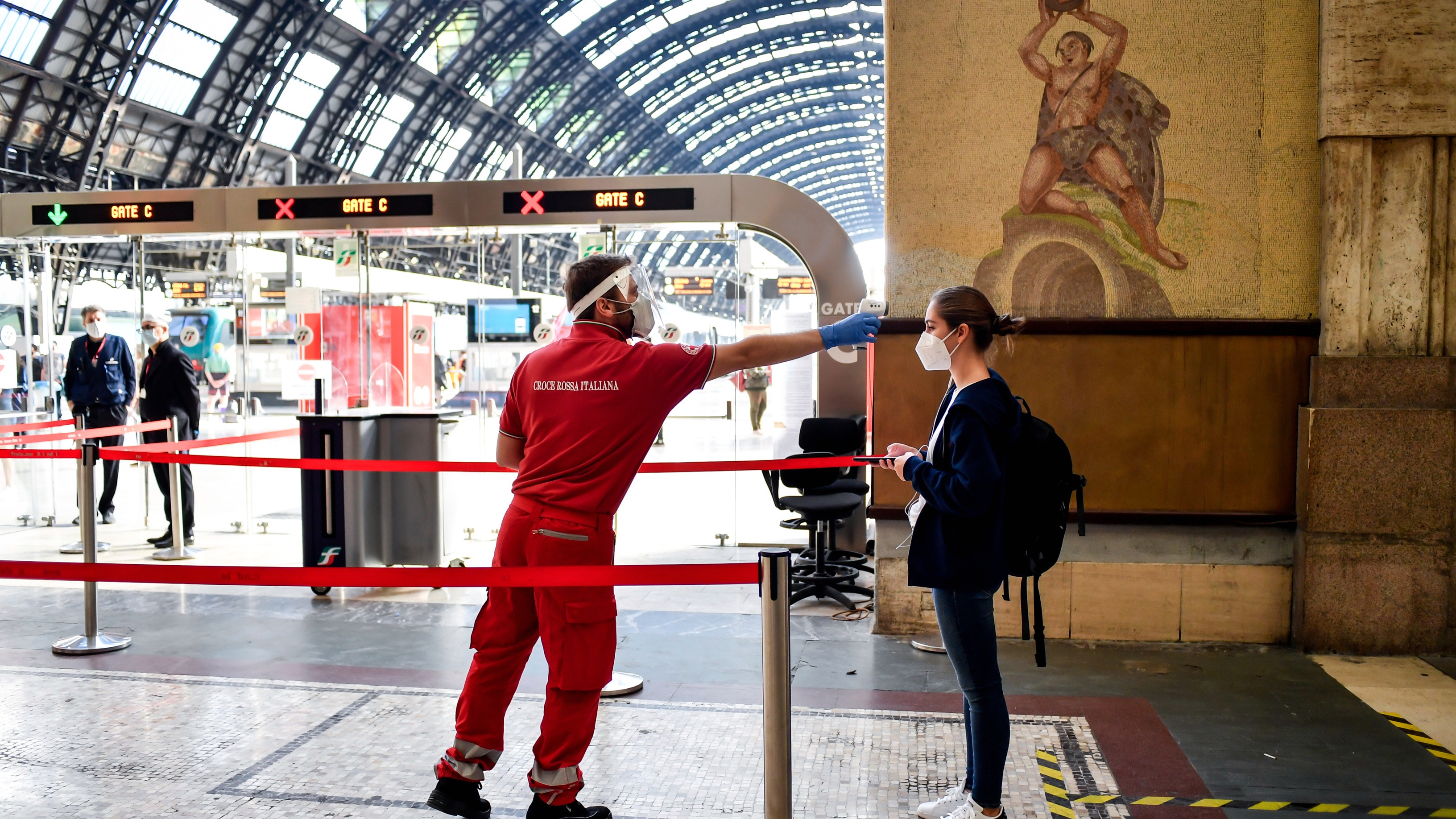 As the summer season approaches, European tourist hotspots have, one after another, eased travel restrictions in a bid to revive a tourism industry battered by the COVID-19 pandemic.

Italy reopened to travelers from Europe on Wednesday, three months after going into coronavirus lockdown. Prime Minister Giuseppe Conte said the country was clearly on the mend, adding that latest contagion data was "encouraging."

"There's enthusiasm in the air, a renewed sociability. We deserve to smile, to be cheerful, after weeks of great sacrifice," he said, adding the time had come to lure tourists back.

However, virus fears linger as many are hesitant to come to a country like Italy still shaking off the vicious pandemic. Austria and Switzerland are keeping their frontiers with Italy shut. 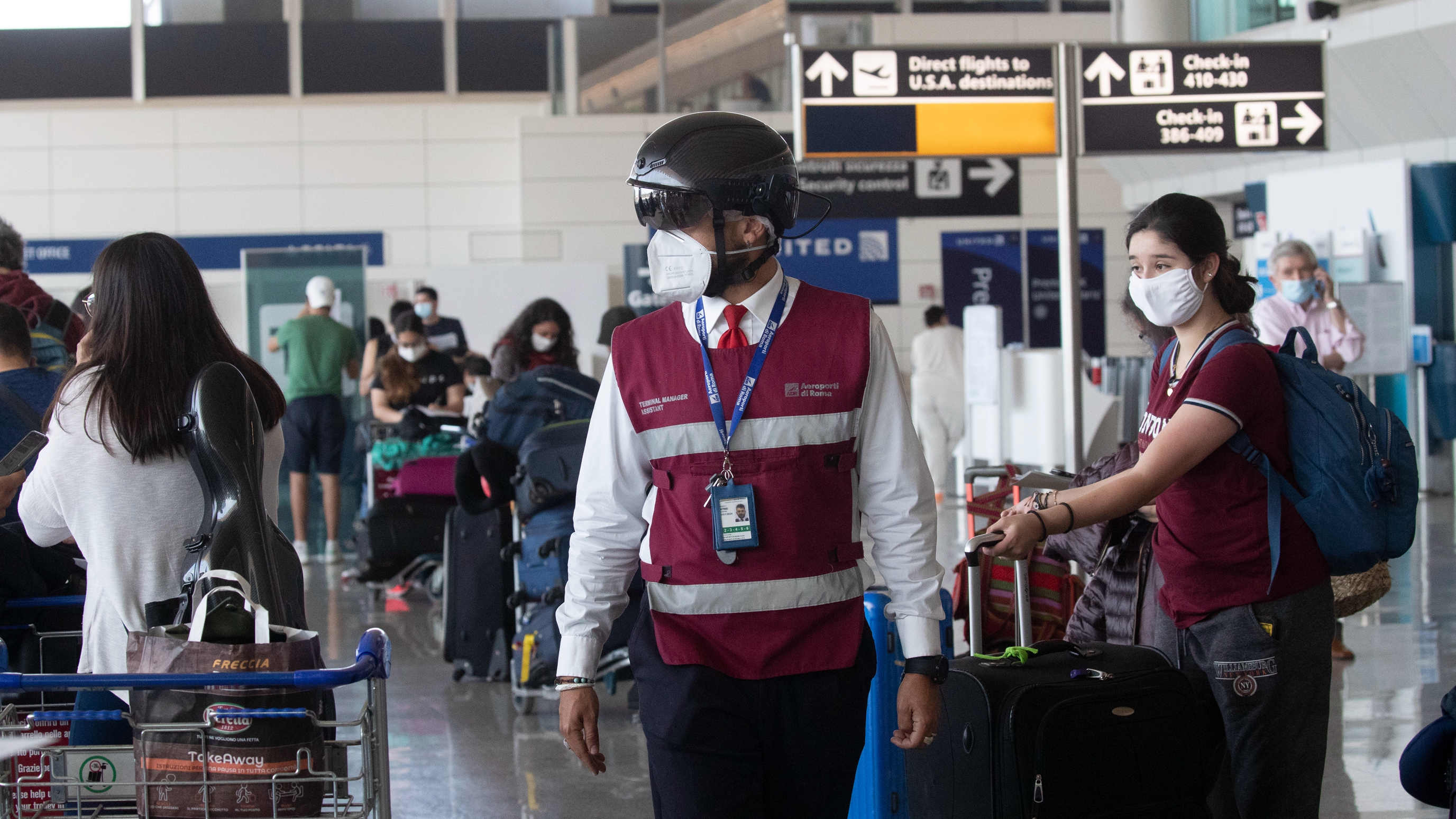 Austria lifts border checks with all neighbors but Italy

Austria is lifting coronavirus-related border restrictions including quarantines for visitors from all neighboring countries except Italy as of Thursday, the foreign minister said on Wednesday.

The country borders eight countries and had agreed with Switzerland, Germany and Liechtenstein that they would reopen their shared borders from June 15. It is now accelerating that move on its side and lifting checks for people coming from Slovakia, Slovenia, the Czech Republic and Hungary.

"For Italy, unfortunately the pandemic figures do not yet allow such a step. I emphasize, not yet," Schallenberg said, adding the aim was to lift checks at the Italian border as soon as possible. 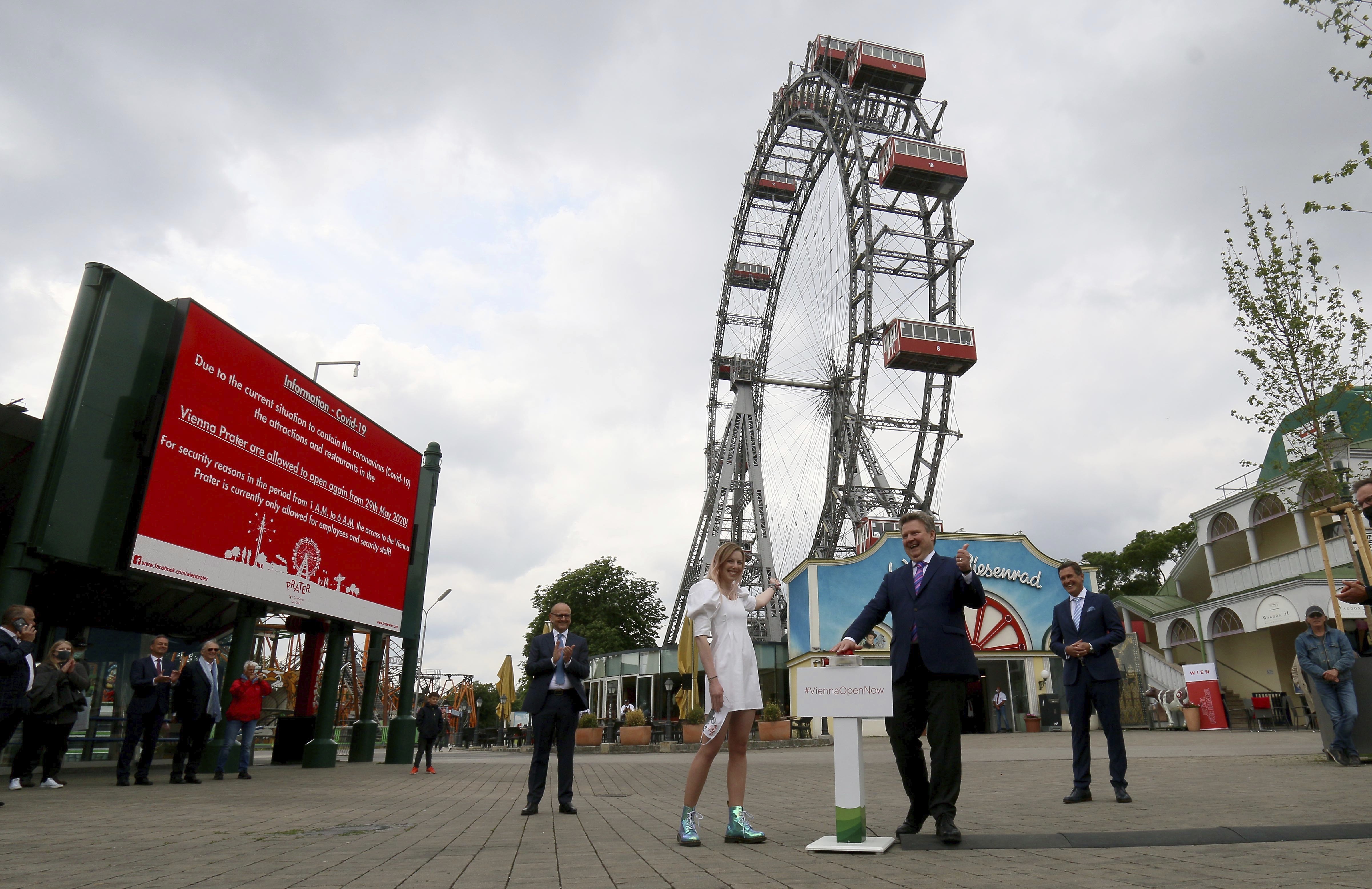 The Mayor of Vienna Michael Ludwig (C) presses a button to restart the giant Ferris Wheel in Vienna to symbolically signal the resumption of tourism, Austria, May 29, 2020. /AP

The Mayor of Vienna Michael Ludwig (C) presses a button to restart the giant Ferris Wheel in Vienna to symbolically signal the resumption of tourism, Austria, May 29, 2020. /AP

Germany will lift a travel ban for European Union member states plus Britain, Iceland, Norway, Liechtenstein and Switzerland from June 15 as long as there are no entry bans or large-scale lockdowns in those countries, the Foreign Minister Heiko Maas said.

Mass told reporters that all countries concerned met those criteria except Norway due to an entry ban and Spain, where he said parliament was deciding whether to extend an entry ban. He said the travel warning would be replaced with guidelines, adding that Germans would be urged not to travel to Britain when not essential while a 14-day quarantine is still in place.

"We will continue to make the lifting of the travel warning dependent on how the situation on the ground develops," he said, adding new warnings could be issued if a country records more than 50 newly infected people per 100,000 over seven days. 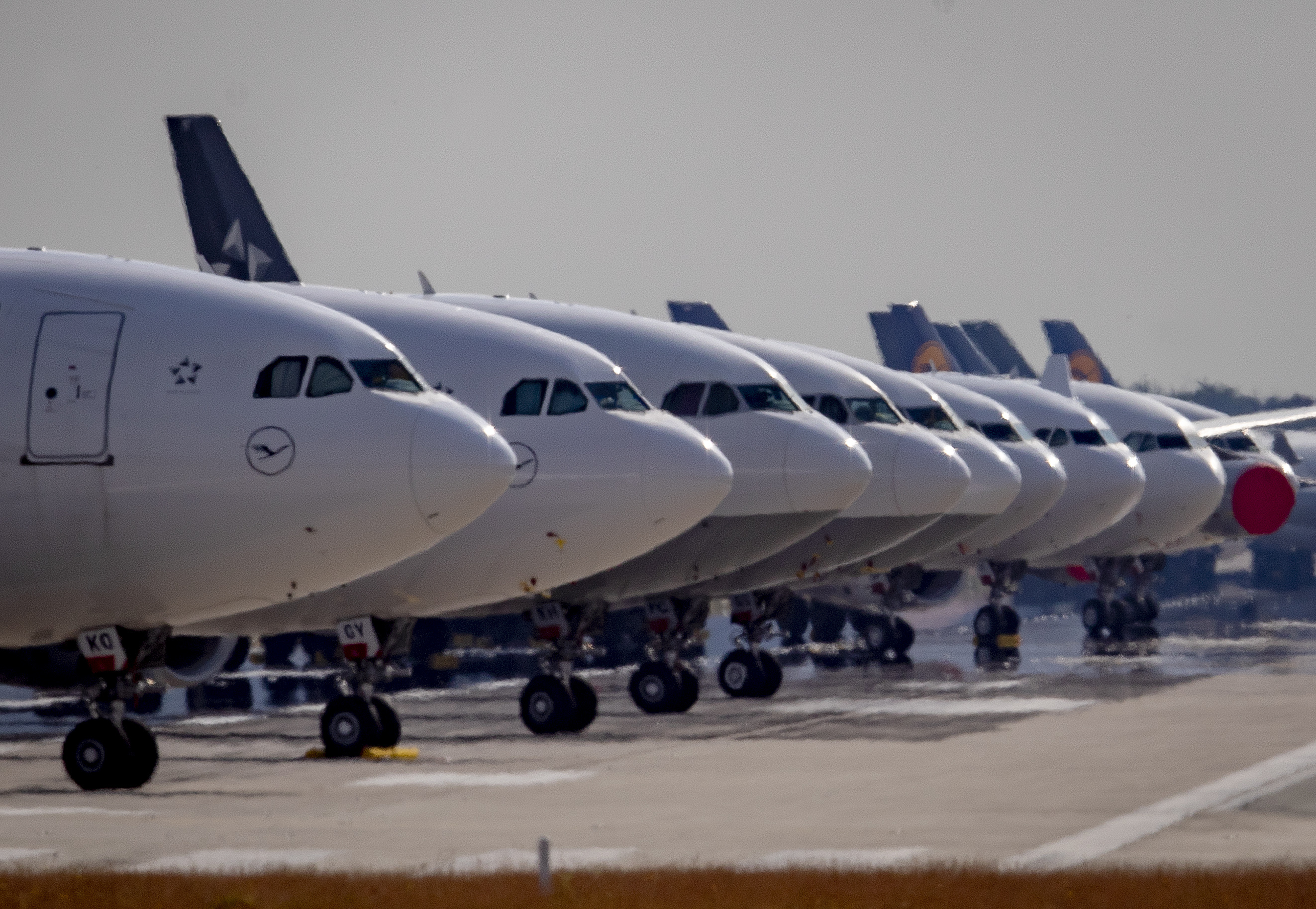 Lufthansa aircrafts are parked on a runway at the airport in Frankfurt, Germany, June 3, 2020. /AP

Lufthansa aircrafts are parked on a runway at the airport in Frankfurt, Germany, June 3, 2020. /AP

Spain to open up to some foreign tourism from late June

Spain is working on plans to gradually open its borders to tourists from countries deemed more secure in the fight against the coronavirus, possibly starting from June 22, the tourism ministry said on Wednesday.

After losing more than 27,000 people and months of economic activity to the epidemic, Spain had previously designated July 1 as the date to reopen to foreign tourism, which accounts for 12 percent of its output.

Prime Minister Pedro Sanchez's government is due to lift a state of emergency on June 21, meaning that Spaniards will be able to start to move more freely again as the epidemic recedes.

(Cover: A passenger has her temperature taken to check for symptoms of COVID-19 before boarding a train to Milan's Central Station, Italy, June 3, 2020. /AP)