How feasible is Netanyahu's July plan to annex parts of the West Bank?
Li Ruikang 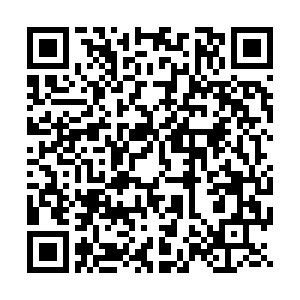 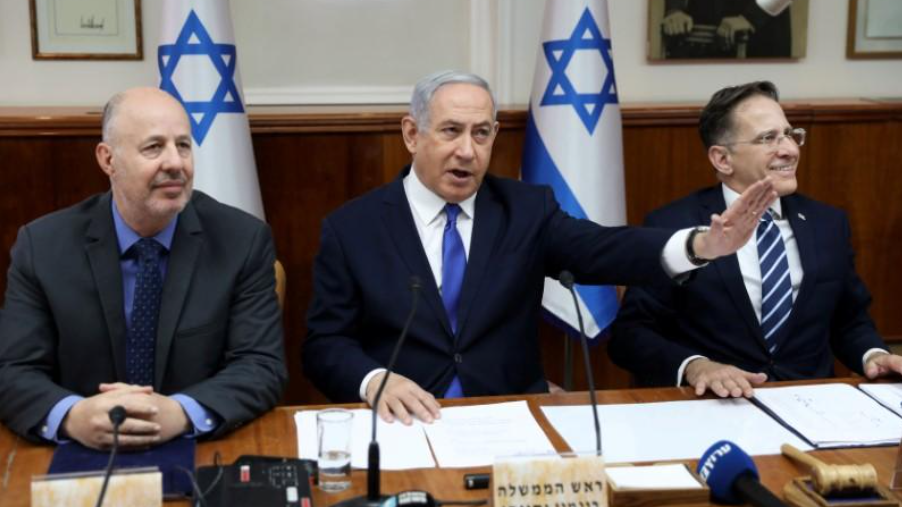 While Israel is still engulfed by the COVID-19 pandemic, Prime Minister Benjamin Netanyahu seems set to go ahead with a plan that could severely unsettle Israelis, Palestinians and others further afield. He has recently ramped up his resolve to annex parts of the West Bank in early July, but serious challenges on multiple fronts have fed uncertainty into the plan's feasibility.

The push to materialize the annexation was made only possible by Netanyahu's procurement of a coalition government in May, as the previous government only existed on a temporary basis and lacked legal authority to move forward with this ambitious project.

The key factor facilitating the creation of this coalition was a last-minute marriage arranged between Netanyahu's Likud party and his chief rival Benny Gantz's Blue and White Party. Both parties have agreed in principle that Netanyahu can commence annexation plans on July 1.

It is not yet clear how exactly the annexation will look like, but the promises made by Netanyahu throughout his three election campaigns, along with the recent surge in his statements on the subject, has offered an idea – declaring sovereignty over the Jordan Valley plus all Jewish settlements established in the West Bank since 1967.

Though initially Netanyahu only focused on annexing the Jordan Valley, which accounts for about 30 percent of the West Bank, the Trump administration's introduction of the so-called Deal of the Century in January has prompted him to extend it beyond the Eastern part of the West Bank.

Yet the United States, currently plagued by the COVID-19 and mired in a nationwide outburst of civil unrest over the police killing of George Floyd, is not on board. Israeli news outlets have reported that the White House has been trying to halt Netanyahu's move to annex the territories. 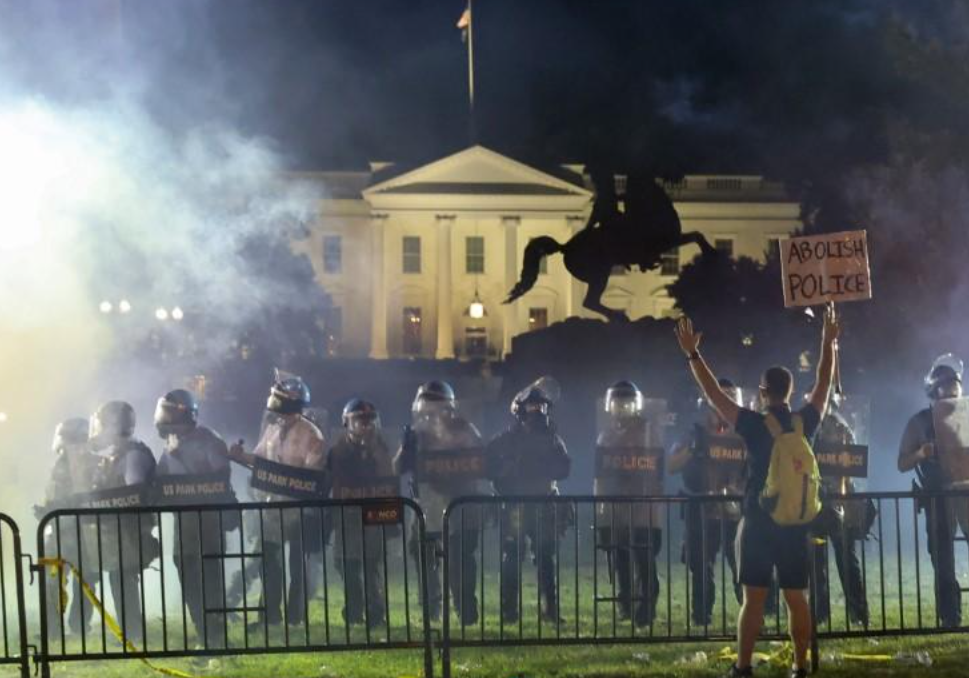 Police in riot gear keep protesters at bay in Lafayette Park near the White House in Washington, U.S., May 31, 2020. /Reuters

Police in riot gear keep protesters at bay in Lafayette Park near the White House in Washington, U.S., May 31, 2020. /Reuters

Observers say the reasoning behind Washington's resistance to Israel's annexation rush mainly revolves around two aspects: First, Netanyahu is basing his plan on a unilateral declaration despite the Palestinians' strenuous opposition, which arguably contravenes the spirit of Trump's peace proposal. Second, the White House is too preoccupied with domestic woes and Trump is avoiding another flare-up that would be potentially attributed to his mishandling.

The U.S. move to curb Netanyahu's annexation enthusiasm potentially blocks his chances of securing sufficient domestic backing. An opinion poll published on Wednesday shows that while half of Israelis support annexing parts of the West Bank, only a quarter of respondents think it's wise to move forward without the backing of Israel's closest ally. The survey, conducted by the Israel Democracy Institute think-tank, essentially demonstrates that the majority of Israelis are so far disapproving of the prime minister's current approach.

Nevertheless, the highest echelons of Israel's government seem set to assist Netanyahu in achieving his plan. With almost all parties in the coalition cabinet on board, it will be less likely for the prime minister to face resistance at the beginning of July when he is expected to actually move forward with the project. Even Gantz, who is now serving as defense minister, appears to have extended his support even if he's expressed reservations on how to deliver the annexation.

In a statement on Monday, Gantz said he has ordered the military to step up preparations for Israel's pending annexation of parts of the West Bank. Analysts say this directive is either proof of his consent to the prime minister's annexation calendar or indicative of his belief that declaring sovereignty over the territories come July is inevitable, given the overwhelming support in the cabinet.

Still, Gantz's cooperation barely creates the right conditions for Netanyahu to smoothly come up with a blueprint in detail. In other words, the support that Netanyahu has secured on the cabinet level does not guarantee approval from other parts of the state apparatus which are likely to hammer away at the technical feasibility.

Both the security establishment and the military have long opposed to a unilateral annexation because it would inexorably lead to a security chaos and think the consequences would be extremely difficult to deal with. They also believe it is pointless to anchor in law a situation that essentially already exists on the ground in any case. 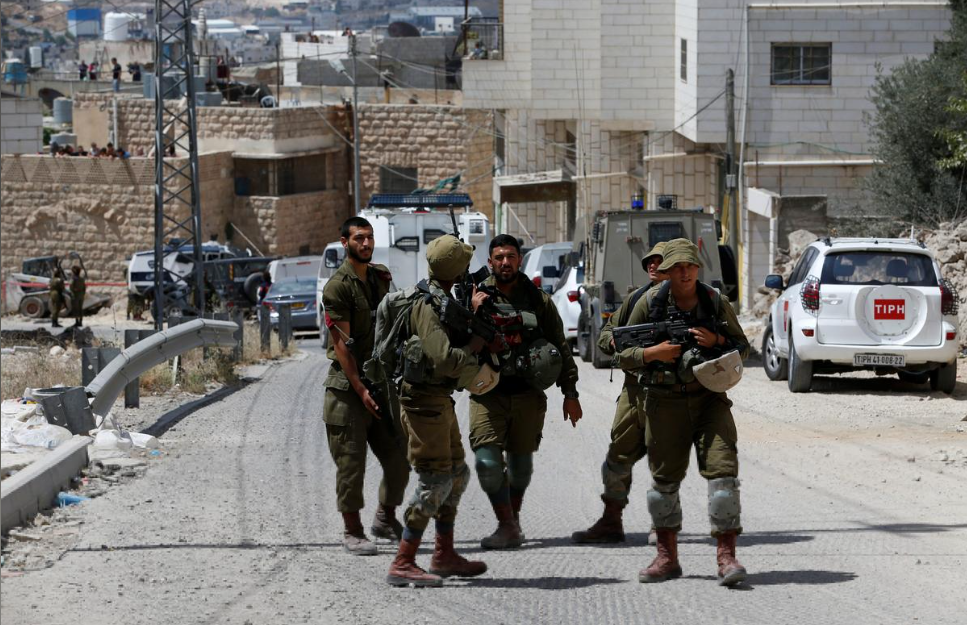 Israeli soldiers stand at the scene of an attempted car ramming attack, in Hebron in the occupied West Bank, June 2, 2018. /Reuters

Israeli soldiers stand at the scene of an attempted car ramming attack, in Hebron in the occupied West Bank, June 2, 2018. /Reuters

On top of that, the uncertainty surrounding the prime minister's plan has also increased the difficulties for them to make adequate preparations. According to Israeli news outlet Haaretz, for the annexation to proceed it is necessary that Israeli Defense Forces (IDF) Planning Directorate and civilian experts begin preparatory work months ahead, and so far such a team has not been assembled. Such preparations include predicting the implications of every possible scenario and making corresponding plans for each assessment.

"We're just a month before the decision and the IDF still has no idea which scenario to prepare for," a former senior officer told Haaretz.

Skepticism of Netanyahu's current scheme is also permeated among some members of the settler community – the bedrock of Israel's persisting expansion in the West Bank. Observers note that the majority of settlers have never really agreed with Trump's peace plan because they reject its underlining two-state approach, but since Netanyahu has repeatedly said in official statements that he would operate only according to Trump's design, settlers are now divided over whether to support Natanyahu's plan before the opportunity escapes or to stand in his way.

In an attempt to assuage their concerns, the prime minister reportedly assured settler leaders on Tuesday that if annexation of the territories is to be brought before the government or Knesset for approval, it would be promoted independently of the Trump proposal.

Out on a limb

Netanyahu has certainly demonstrated both his resolve and the ability to wade through a variety of obstacles. Though if he does move forward with his scheme in July, the country he has run for more than a decade would find itself out on a limb with unknown consequences in the realm of foreign relations.

Apart from the most detrimental fallout which will be entailed by the Palestinian Authority's anticipated cease of cooperation on all levels, Jordan, which has over the years played an important part in maintaining peace in the West Bank, is also likely to react strongly. Jordan hosts more than two million Palestinian refugees and a significant proportion of the country's population are originally Palestinians.

King Abdullah warned in May that he is "considering all options" should Israel move forward with its annexation plan. The warning, mainly prompted by an expected conflagration of outrage within Jordan's borders, has far-reaching implications, as Jordan is one of only two Arab countries with formal relations with Israel and cooperation between the countries is extensive. 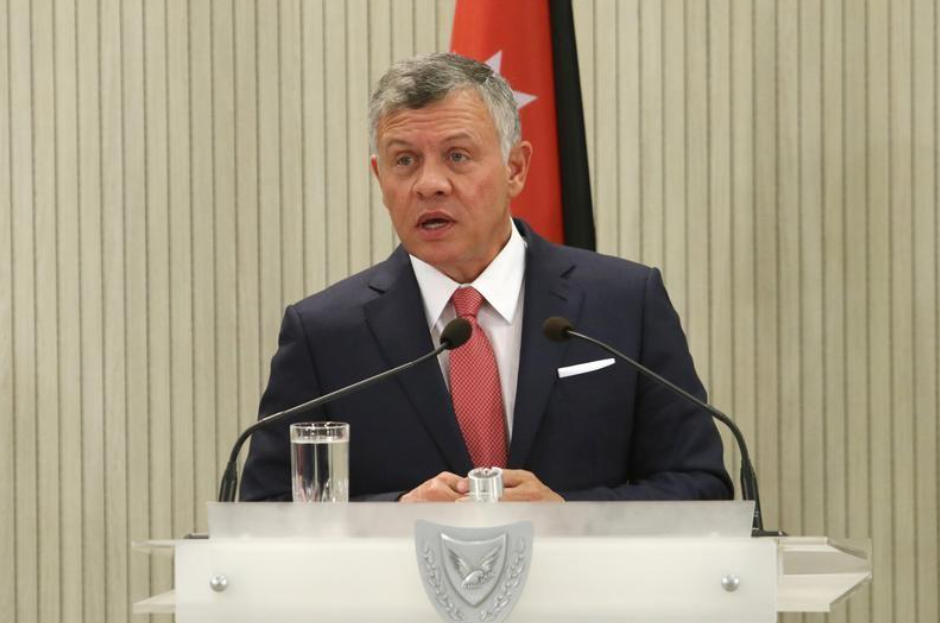 Other Arab countries have also vehemently rejected Israel's move, saying it could bring substantial setbacks to the peace process. Should Netanyahu go ahead as he stated, he could compromise all his efforts in trying to build ties with the Arab world.

Many of the EU member countries have also expressed their disapproval of Israel's plan. France is most resolute among them and has reportedly urged its European Union partners to consider threatening Israel with a tough response. On Tuesday, Norway also called on Israel not to proceed with its plan.