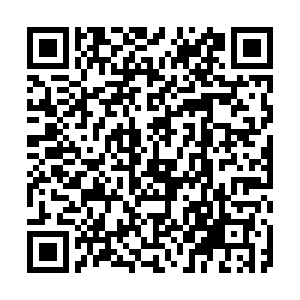 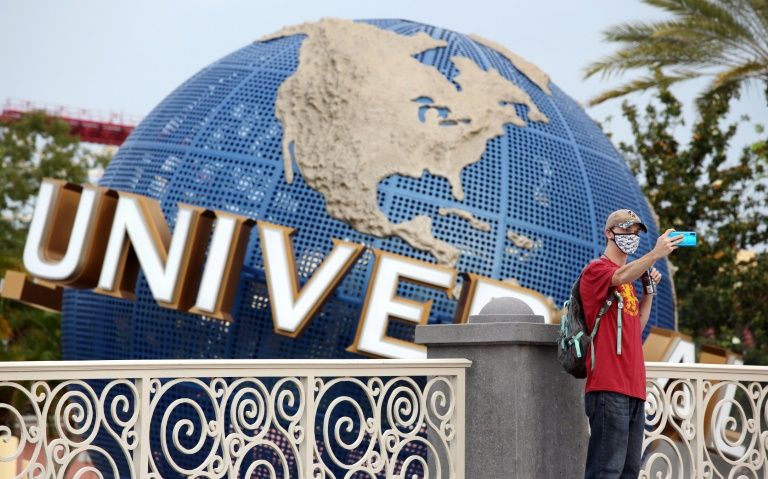 Tourists donned masks Friday and visited the attractions at Universal Orlando, the first of the major theme parks in Florida to open since the COVID-19 pandemic shut them down almost three months ago.

Universal Orlando resort and the other theme parks in the central Florida city closed on March 15 to prevent the spread of coronavirus.

New back-to-fun rules at the park include temperature controls at the entrance, mandatory use of face masks, markers on the ground to help enforce social distancing and posters thanking the public for their help "during this unprecedented time."

Universal Orlando is only reopening at 35 percent capacity and has launched a system of virtual lines in which space can be reserved, to avoid queues and crowds. 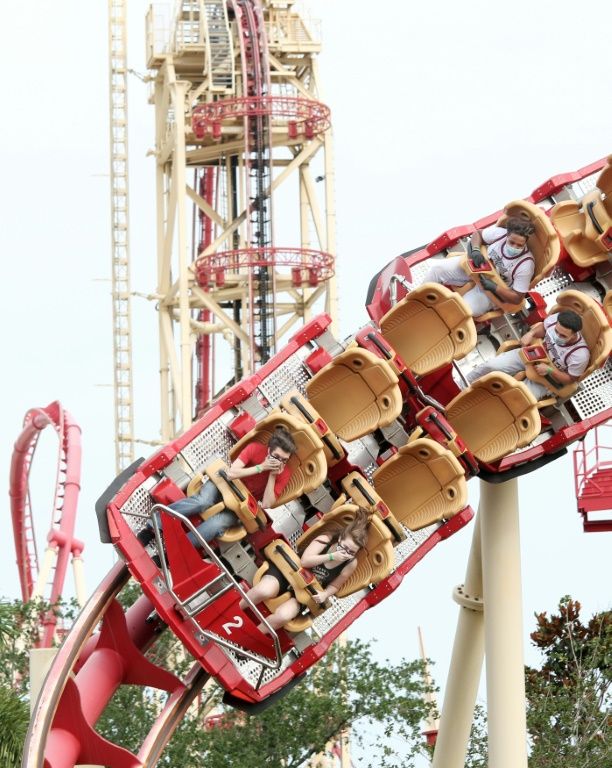 Terrence Wilson, 19, was happy with the result. "There's not a lot of people. I can get on all the rides without having to wait 40 minutes or an hour" he told the Orlando Sentinel.

On Monday, the Legoland Florida park opened in the city of Winter Haven, while SeaWorld in Orlando is scheduled to open on June 10.

The largest of Orlando's parks, Walt Disney World, will open on July 11.

That day the park's Magic Kingdom and Animal Kingdom sections will begin operating, while EPCOT and Hollywood Studios will follow suit on July 15.

Orlando is home to most of the state's theme parks and every year welcomes millions of tourists from all over the world.

(Cover image: A visitor takes a selfie at Universal Studios as the park reopens on June 5 after closing due to the coronavirus pandemic. /AFP)