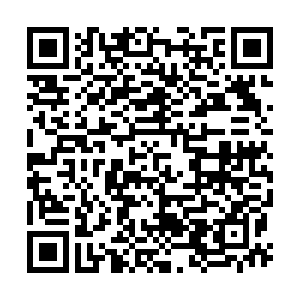 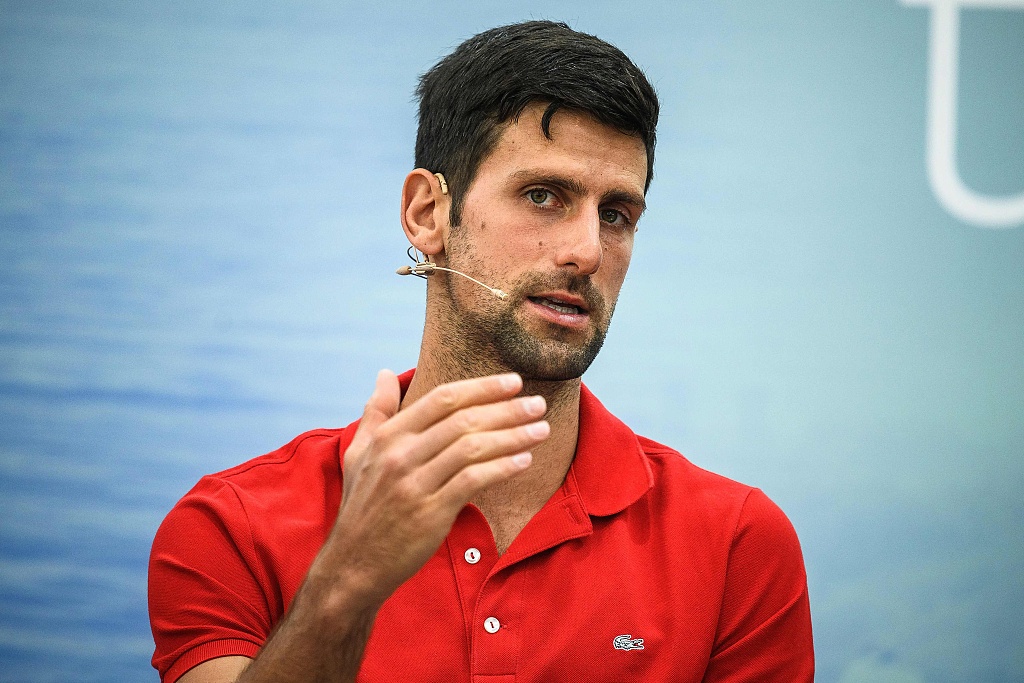 Serbia's Novak Djokovic talks about the upcoming Adria Tour tennis tournament during a press conference in Belgrade, Serbia, May 25, 2020. /VCG

Serbia's Novak Djokovic talks about the upcoming Adria Tour tennis tournament during a press conference in Belgrade, Serbia, May 25, 2020. /VCG

Tennis world No. 1 Novak Djokovic has said participating in the U.S. Open would be an impossible task due to the "extreme" COVID-19 protocols in place for the tournament at Flushing Meadows in New York.

The U.S. Open, scheduled to begin on August 31, will be the first Grand Slam to be played after the COVID-19 pandemic suspended the season in March. The French Open was postponed to September while the Wimbledon Championships was cancelled.

The suspension of the tennis season was last extended until the end of July but Djokovic, a three-time champion in New York, is not sure the tournament will go ahead.

"I had a telephone conversation with the leaders of world tennis. There were talks about the continuation of the season, mostly about the U.S. Open due in late August, but it's not known whether it will be held," Djokovic recently told Serbia's Prva TV. 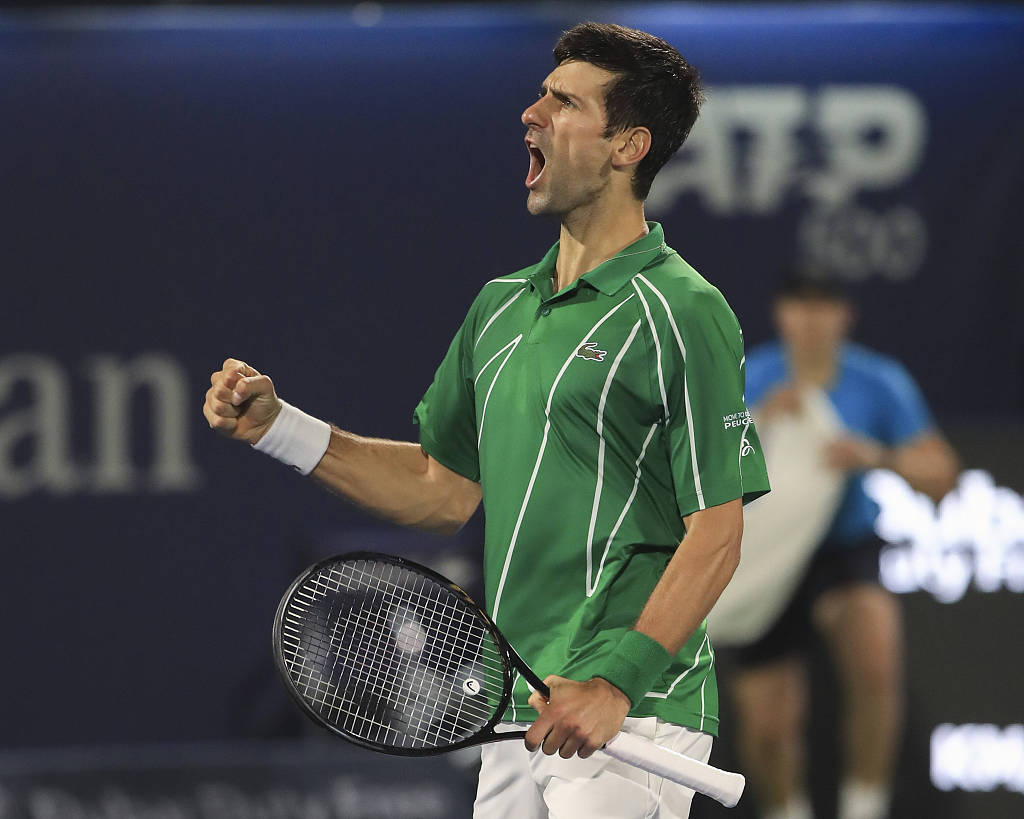 "The rules that they told us that we would have to respect to be there, to play at all, they are extreme. We would not have access to Manhattan. We would have to sleep in hotels at the airport, to be tested twice or three times per week.

"Also, we could bring one person to the club which is really impossible. I mean, you need your coach, then a fitness trainer, then a physiotherapist."

The Serb suggested economic factors were behind the push to play the tournament.

"They want the tournament to go ahead at any cost for economic reasons, which I understand," he said. "But the question is how many players are willing to accept those terms."

No tennis until it's completely safe, says Nadal 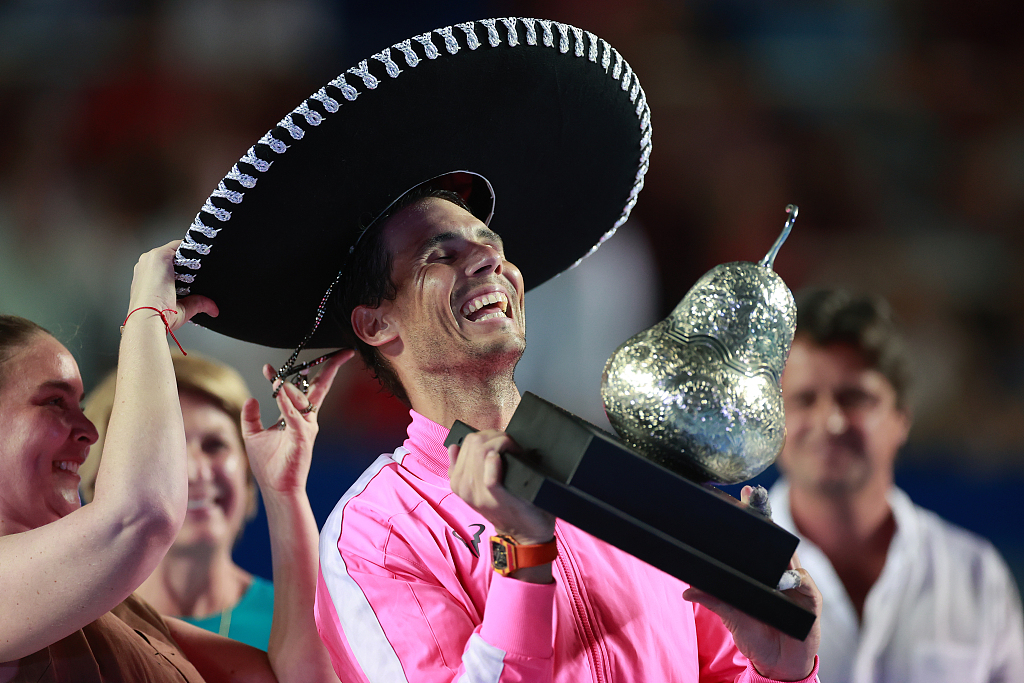 World No. 2 Rafael Nadal of Spain had also said he would not travel to the U.S. in the present circumstances.

Nadal has also questioned whether tennis can restart with the pandemic still gripping large parts of the world and unless every player is able to compete.

"We cannot resume until the situation is completely safe and fair in terms of health in that all players, wherever they come from, can travel and play tournaments in safe conditions," Nadal told reporters in a video conference call.

"It is very difficult for me to separate the status that the world is living from my real perspective on the world of tennis, that's why I was very pessimistic a few weeks ago." Nadal said this week.

"We need to be responsible, we need to be sure that the situation is safe enough, and then of course try to come back to our tour when the things are clear."

Confirmed COVID-19 cases have exceeded 6.7 million globally, with over 394,000 fatalities and more than 2.7 million recoveries, according to the latest tally from Johns Hopkins University.

The U.S. now has over 1.89 million confirmed cases and the death toll has reached 109,000. Officials are worried about a second COVID-19 wave during the nationwide protests over the police killing of unarmed African-American George Floyd.