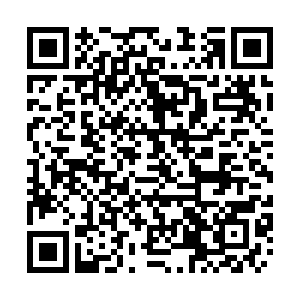 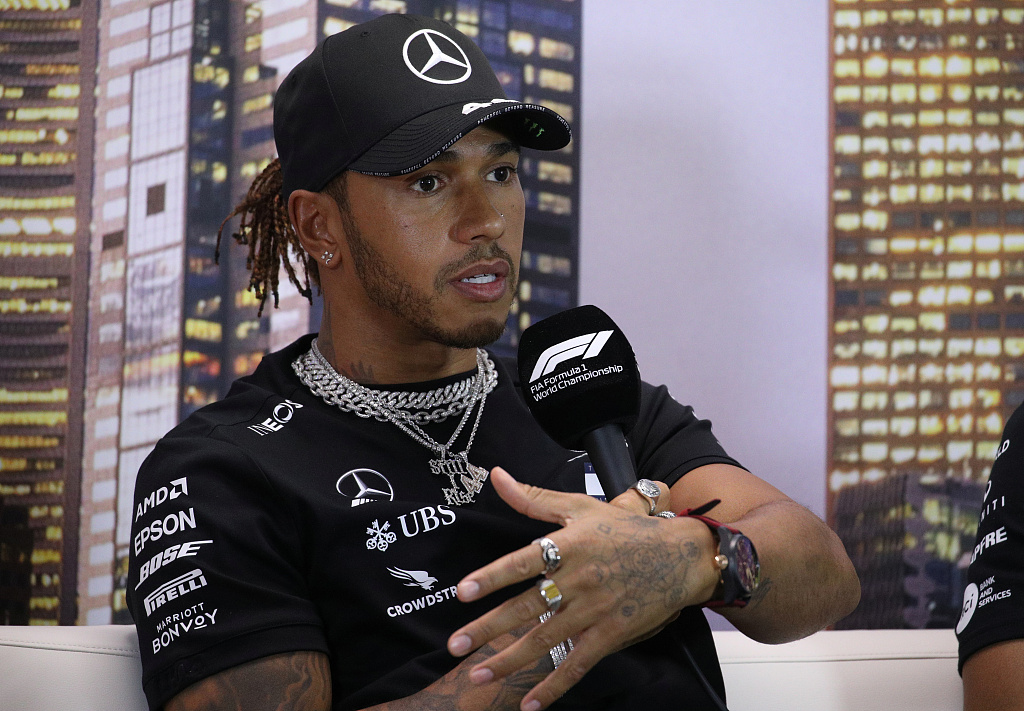 Prevented from doing their daily job by the COVID-19 outbreak, Formula One (F1) drivers are passionate about campaigning against racial injustice.

The Mercedes racer Lewis Hamilton has been the most vocal about the Black Lives Matter movement, following the death of George Floyd, an African-American man who died after a white Minneapolis police officer pressed his knee on Floyd's neck even after he pleaded for air while lying handcuffed on the ground.

Hamilton took to Instagram on Monday in support of demonstrators who toppled a statue of a 17th-century slave trader in the English city of Bristol during one of the many global protests in the Black Lives Matter movement.

"All statues of racist men who made money from selling a human being should be torn down!" Hamilton wrote on the social-networking site. "Which one is next?"

In a later post to his 16.5 million followers, the Briton issued a challenge to governments worldwide "to make these changes and implement the peaceful removal of these racist symbols." 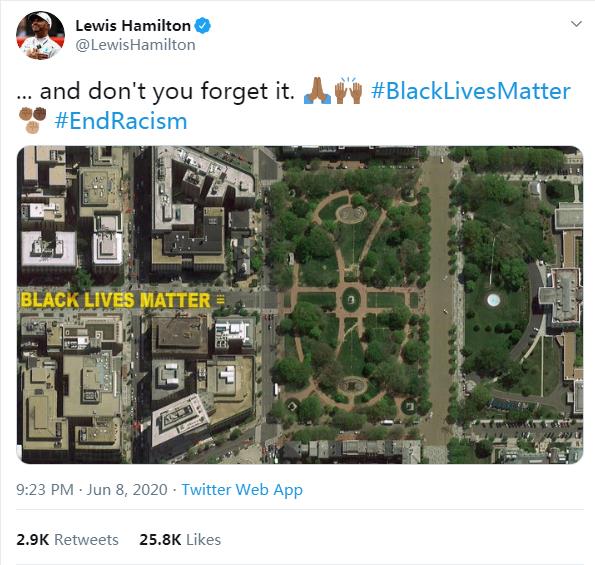 Hamilton said he has "felt so much anger sadness and disbelief in what my eyes have seen," adding that "those of us who are black, brown or in between see it everyday and should not have to feel as though we were born guilty, don't belong, or fear for our lives based on the color of our skin."

"Not a sign from anybody in my industry which of course is a white-dominated sport," the six-time world champion added. "I'm one of the only people of color there yet I stand alone.

"I would have thought by now you would see why this happens and say something about it but you can't stand alongside us. Just know I know who you are and I see you." 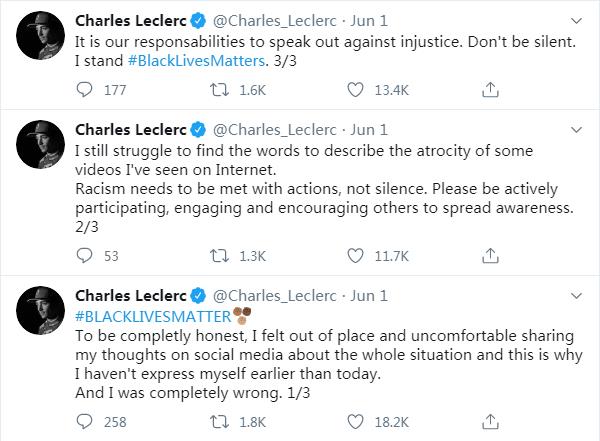 On June 1, Ferrari's Monegasque driver Charles Leclerc said via Twitter, "To be completely honest, I felt out of place and uncomfortable sharing my thoughts on social media about the whole situation and this is why I haven't express myself earlier than today."

"And I was completely wrong."

"I still struggle to find the words to describe the atrocity of some videos I've seen on [the] internet. Racism needs to be met with actions, not silence. Please be actively participating, engaging and encouraging others to spread awareness."

"It is our responsibilities to speak out against injustice. Don't be silent. I stand #BlackLivesMatters." 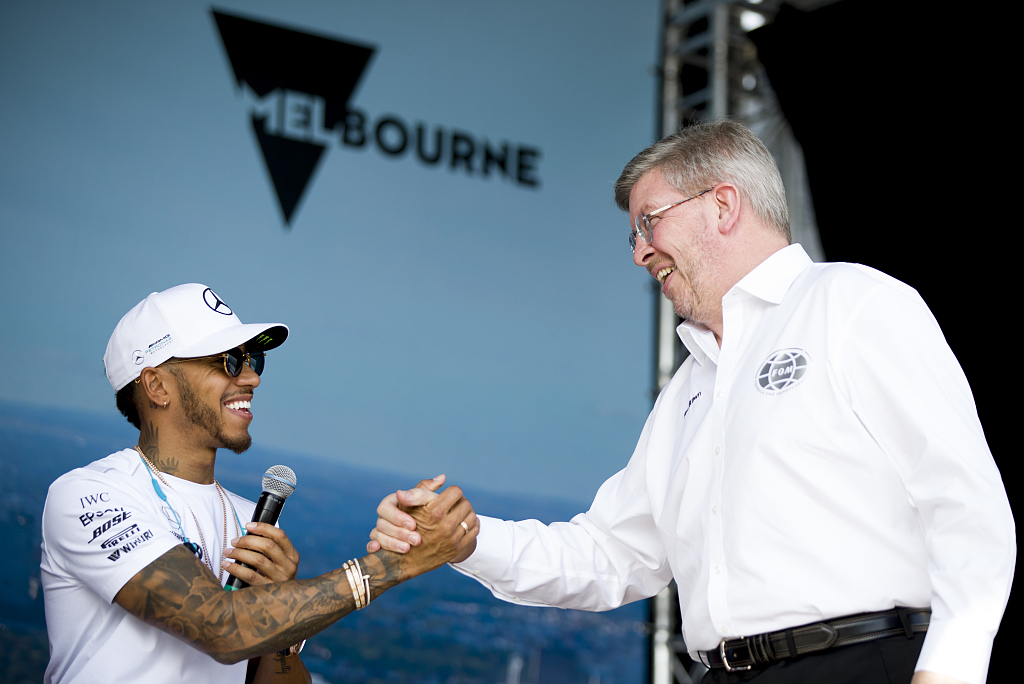 "Lewis is a great ambassador for the sport and his comments are very valid," said F1's managing director Ross Brawn on The F1 Show.

"We support totally what Lewis has said. What happened was dreadful, it happens far too often, and I think we have seen the public reaction to it. It's almost the straw that broke the camel's back, and we support him totally," added Brawn, who was also Hamilton's first team boss when he joined Mercedes in 2013.

"F1 has recognized for a few years now that we want to strengthen our diversity and our diversity program. Both internally as a company, and externally, we started work on this a few years ago," explained Brawn.

Brawn added: "The fact is F1 is a very strong meritocracy, it should always be that way. It should always be the best who win – and we can't force that. But we can give greater opportunity to minority and ethnic groups to get involved in motorsport. Not just driving, but engineering and other activities. That's where we are with F1."