In The Spotlight: James Bennet, the newsman caught in protest crossfire
By Zhou Minxi, Wang Yan 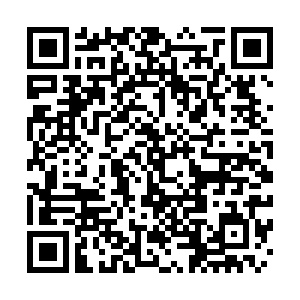 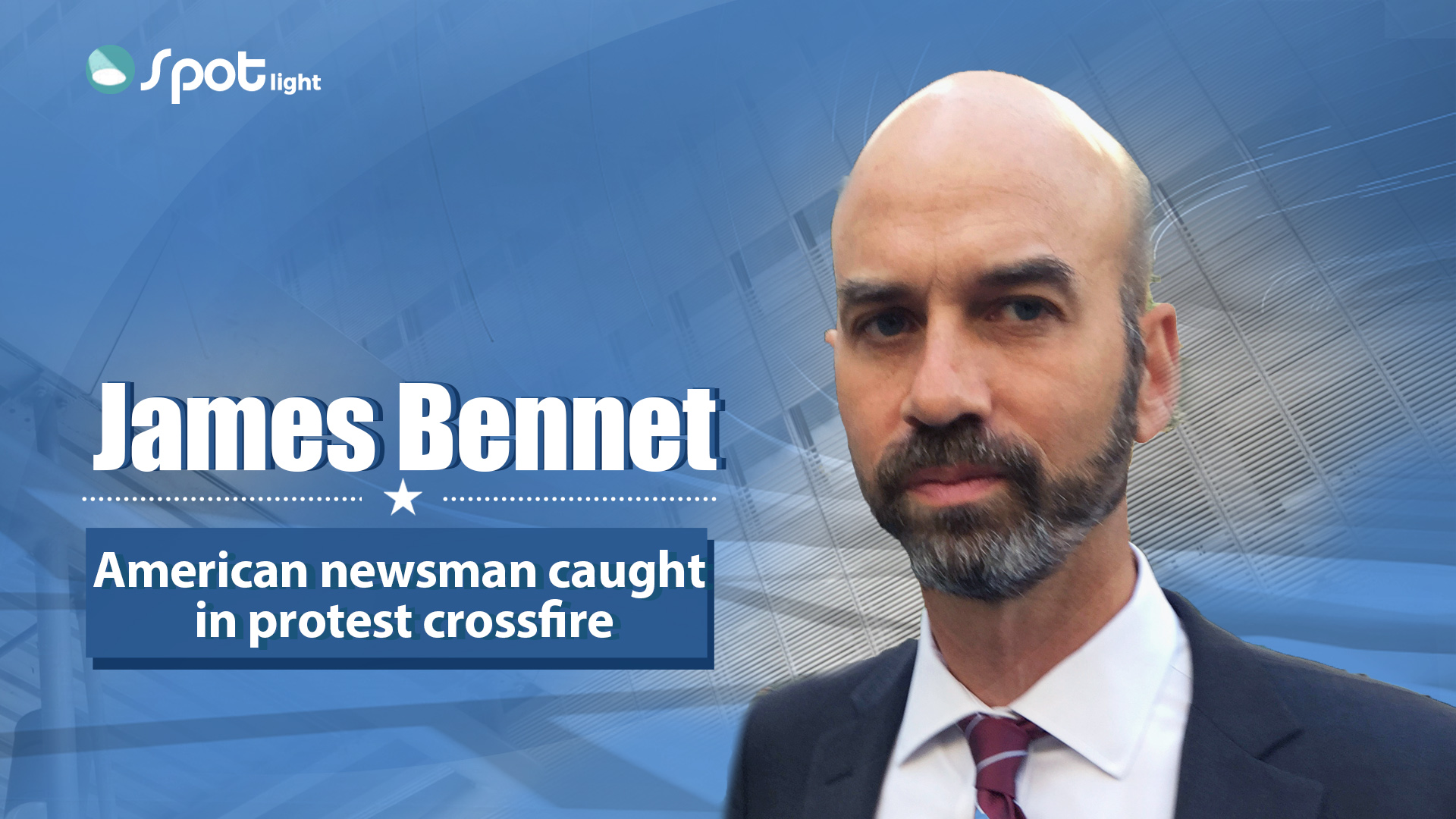 An earthquake is reverberating throughout newsrooms across the United States, as some of the country's most prolific journalists have come under fire over their coverage of recent anti-racism protests.

The New York Times' opinion section, led by James Bennet, published an op-ed online on June 3 by Republican Senator Tom Cotton, who called for the deployment of troops with "an overwhelming show of force" to "restore order" in U.S. cities engulfed by protests.

The op-ed elicited a furious reaction from The Times' readers and staff, and later led to the resignation of Bennet.

Bennet defended his choice to run the op-ed at first, saying that he fully understands Cotton's argument can be "dangerous" and "painful," but still considered it necessary to show readers the "counter-argument," especially when the argument is from a policy maker, which therefore "requires more public scrutiny and debate." 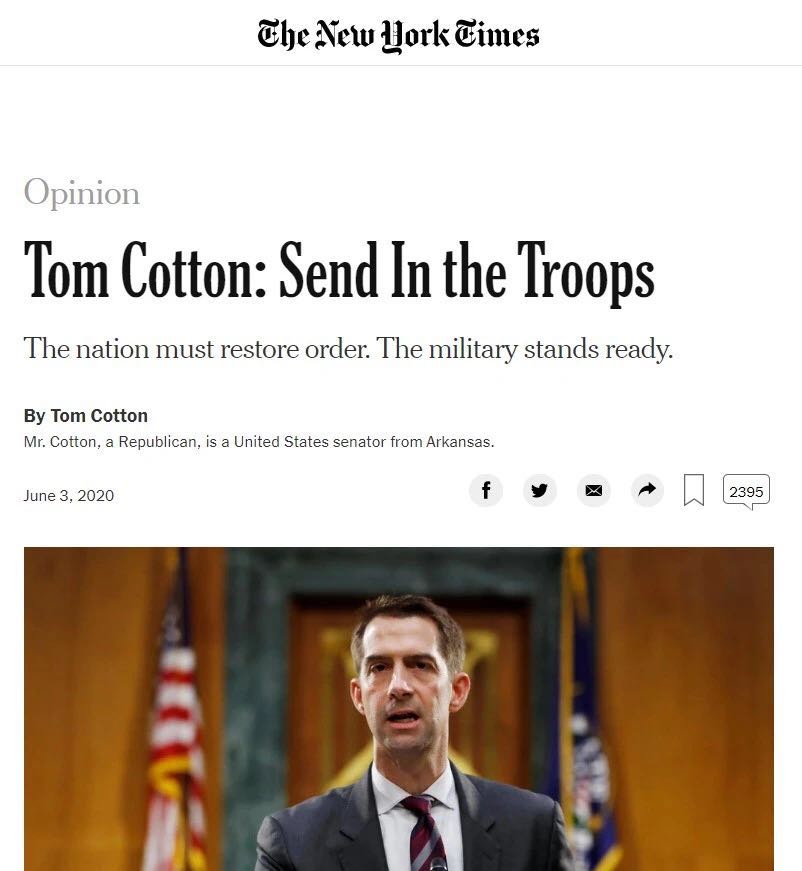 Screenshot of Sen. Tom Cotton's op-ed in the New York Times on June 3.

Screenshot of Sen. Tom Cotton's op-ed in the New York Times on June 3.

But he later caved under the pressure and apologized, blaming a lack of editorial vetting on his part.

On June 7, publisher A.G. Sulzberger announced Bennet's resignation. This ends his career in The New York Times and also as a leading contender for the paper's top editorial job, according to numerous reports. Bennet's deputy editor James Dao, who oversaw the publication of Cotton's piece, has also been reassigned from the opinion desk.

No stranger to controversy

Bennet's controversial career as Editorial Page editor with The Times started on May 2016. Before, he spent 10 years as editor-in-chief at The Atlantic, and drew dramatic attention when he decided to do a cover story for Britney Spears in 2008, a failed attempt at revamping the magazine's high-brow image.

In 2018, Bari Weiss, also under Bennet's hire, published a story to legitimize the use of the dark web, which is mostly used for fraud and trade in illegal pornography, also incurring condemnations for The Times on social media.

Bennet also faced a defamation lawsuit over language he inserted into an editorial about Sarah Palin, the founder of SarahPAC.

Bennet's defenders credit him with modernizing the opinion page and with ambitious reported work, while his critics say he sullied The Times' reputation by running a parade of clownish right-wing columns.

It's not just at The Times where recent events have provoked soul-searching.

Top editor Stan Wischnowski, a 20-year veteran of The Philadelphia Inquirer, resigned over a report about protecting architecture during riots titled "Buildings Matter, Too."

Meanwhile at The Pittsburgh Post-Gazette, a black reporter, Alexis Johnson was benched by the management for a mock tweet about the misinformation against the protests.

Elsewhere, The Daily Beast reported that staffers at Maven Media Brands demanded the removal of Blue Lives Matter, a pro-police blog, from the company's platform.

The shakeup at one of America's biggest newsrooms has expectedly played into the country's already divided political discourse, with those on the right lamenting what they have perceived as tightened progressive grip on media freedom.

Sen. Cotton, backed by President Trump, called The Times' staffers a "woke mob of children," who forced the editor out as they denounced his op-ed that cost Bennet his job as "fascist".

Despite the outpouring of sympathy from people who have been calling media organizations like NYT "fake news," Bennet is no enemy to liberals and their causes even with all his past missteps.

In his initial defense, the embattled editor tried to justify his choice to publish the controversial op-ed in a series of tweets, citing several examples of how Times opinion section on his watch crusaded for social justice.

Understandably, in these incendiary times, for an editor to say that he didn't read Cotton's op-ed - though still a professional sin – might as well be easier than voluntarily giving such opinion the time of day.

But given his history of raising eyebrows within the establishment media, the choice to publish the piece would be consistent with Bennet's journalistic philosophy of exposing readers to all sides of the argument.

Journalism in the Trump era

In a lengthy conversation with his long-time friend, Politico's editor-in-chief John F. Harris in 2018, Bennet discussed his views on an editor's responsibility in today's hyper-partisan environment.

As media organizations become increasingly partisan and picking sides, according to Bennet, his position remains that journalists are not in possession of the truth. "That is not remotely a vision for a journalism that cares about the truth…the journalistic approach to opinion is to let people engage and argue things out," he said.

This is also a view shared by the more moderate Robby Soave, senior editor for libertarian magazine Reason. Having criticized both Cotton's op-ed as "constitutionally unsound, morally questionable and factually flawed" and The Times staffers' framing of their disagreement as a personal safety issue, Soave argued that "journalistic institutions shouldn't live in fear of difficult conversations, or of provoking offense."

But others believe not all ideas deserve an equal platform. Wesley Lowery, the journalist who made his name covering Ferguson protests for the Washington Post in 2014, said the "objectivity-obsessed", "both-sides journalism" is a failed experiment.

"We need to fundamentally reset the norms of our field. The old way must go. We need to rebuild our industry as one that operates from a place of moral clarity," Lowery said.

Bennet's fall from grace in the view of the U.S. mainstream left came at a time when Americans are scared and agitated amid the economic and social woes brought on by COVID-19 pandemic, all of which are amplified by a highly contentious election year.

And for journalists on both sides of the political spectrum, the episode could signal a deeper philosophical shift in the media landscape, as it raises important questions not only about what an acceptable opinion is, but also which direction news organizations will go from here: to continue engaging across the widening ideological and social divides, or to step up as a moral authority, with journalists informed by their own powerfully-felt convictions?

It is possible that Bennet saw what's coming. During the Harris interview, he admitted to worrying about a clash of values with some young journalists, who think that the role of journalism in the Trump era is to be "part of the Resistance."

"It does feel like the outrage machine is chewing its way day by day through one offense or another," he remarked at the time, while raising his concerns about "what's happened in social media."

As evidenced by recent response both from within The Times office and the wider battleground of public opinions, many now feel that Bennet's approach no longer works in the age of identity politics versus Trumpism.