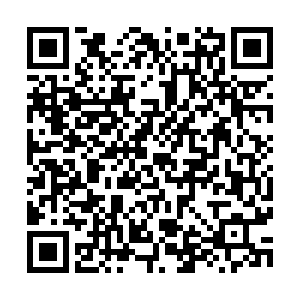 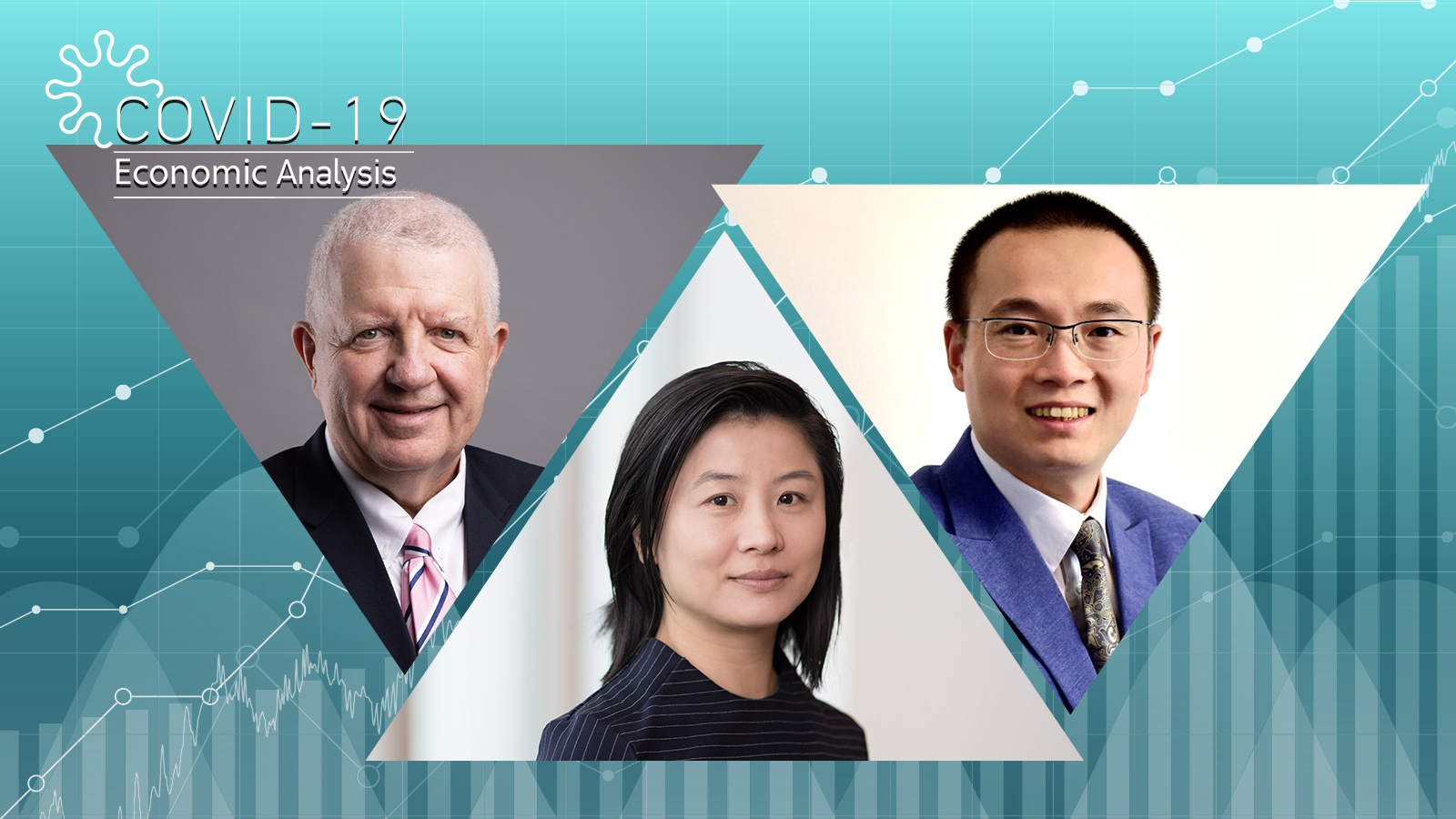 Editor's note: COVID-19 Economic Analysis is a series of articles offering expert views on developing micro and macroeconomic situations around the globe amid the coronavirus pandemic.

Normally, people and firms can earn interest income from their bank deposits, but imagine if banks charged you for storing money with them?

This is not fiction but indeed has been a reality in Europe and Japan for many years. In an effort to battle against drawbacks of the financial crisis in 2008, Sweden's central bank was the first to deploy negative interest rates. In July 2009, the Riksbank cut its overnight deposit rate to -0.25 percent. The European Central Bank (ECB) followed suit in June 2014, lowering its deposit rate to -0.1 percent. The Bank of Japan (BOJ) adopted negative rates in January 2016.

Negative interest rates – a monetary policy tool that sets the nominal target interest rate below the theoretical lower bound of zero percent – are under the spotlight again as the global economy is taking a severe hit from the COVID-1 pandemic and stepping into the worst downturn since the Great Depression, as many international organizations, such as the IMF, predicted.

Since the outbreak, the Bank of England has slashed its main rate to a record low of 0.1 percent. The U.S. Federal Reserve in March made an emergency move, dropping its benchmark interest rate to zero and launching a new round of quantitative easing. This has prompted questions about whether the two countries will cut into negative territory to stimulate the economy further.

Why use negative interest rates?

One of the functions of central banks, which provide loans to commercial banks, is to control the cost of bank lending throughout the economy. The idea behind a negative interest rate policy is simple: banks will be charged for hoarding cash with the central bank and people will pay banks to deposit cash, or if people borrow money, banks pay people to do so.

"Ultimately, it comes down to the central banks trying to encourage their local lending banks to put money back into the system, effectively by moving to a negative interest rate that's going to penalize banks that hold reserves. So, it's a motivating factor for them to lend it out," Stephen Innes, chief global market strategist at AxiCorp, told CGTN.

Chen said commercial banks will still lend out cash with an interest rate above zero, say 2 or 3 percent, because they will incur a certain degree of default rate.

"What the lenders will finally get is the price that's first a negative interest rate, second is the default rate, and third is the profit that the commercial bank would take. Finally, it will get like 2 or 3 percent or even 4 percent," he said, "but that's lower than the level that it will get in the old circumstance."

Besides lowering borrowing costs throughout the economy, advocates of negative rates say they help weaken a country's currency, which gives a country's exports a competitive advantage and boosts inflation by pushing up import costs.

How effective are negative rates?

However, views on the effectiveness of negative rates are quite mixed. 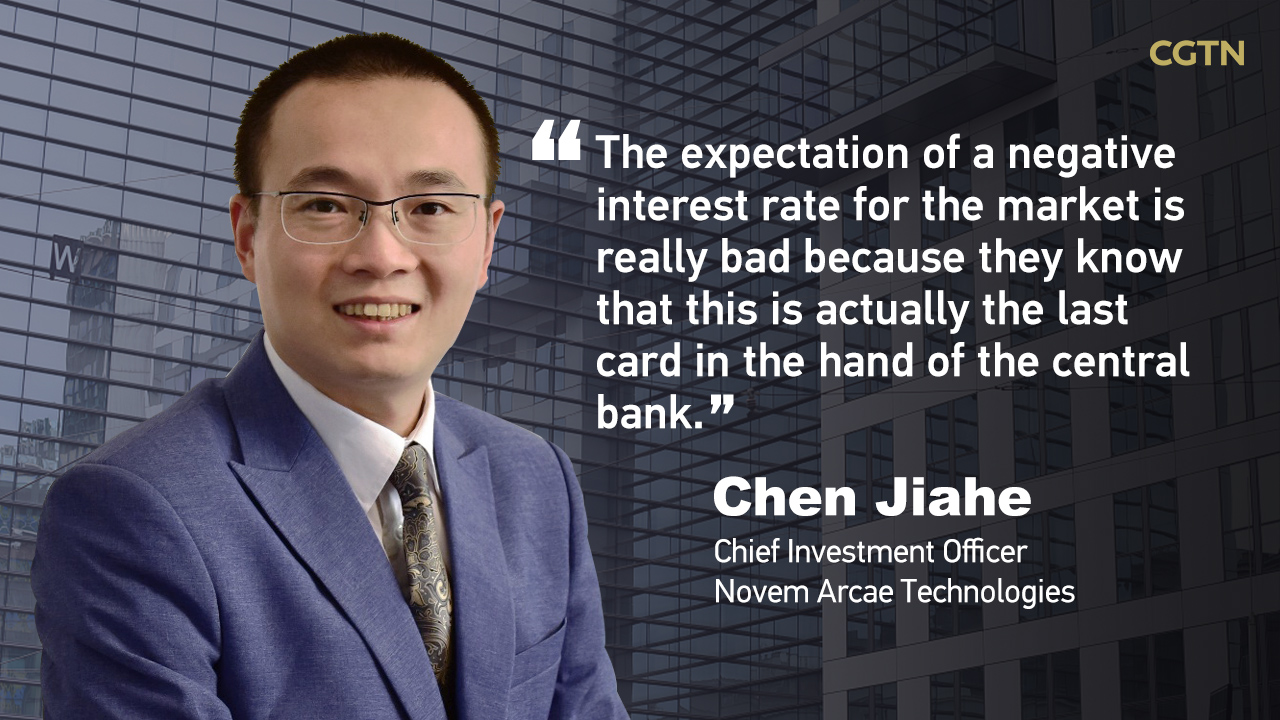 "You can't really say the negative interest rate didn't work out. I mean, 2008 was a kind of financial system meltdown that no one actually saw in like 50 years. Central banks throw their interest rates to the zero territory. You can't say that action didn't help to some extent," Chen told CGTN.

"Central banks are just trying to do everything they can, but it doesn't mean that after they have done everything they can, they will be able to save the economy. I mean, they are not God. They're just doing what they can," he said. "The only thing is that 2008 was too heavy a financial loss that can't just be saved by a low interest rate."

"But it can't be too much below the zero, because otherwise people would just get the cash and store them in an underground safe. It'll be like minus 0.1 or minus 0.2 percent, that's all."

Despite there being plenty of people who think negative interest rate policies are a good thing, many also see them as a desperate measure taken by central banks when they run out of options to stimulate their economies.

"The real negative point here is the weight of money market funds, where arguably investors preferred to keep their money in interest-bearing certificates because it's a lot safer. They're risking money in gold or risking money in the markets, people like to have an interest. The ultimate safety is in cash," Innes said.

"The thought here is that if the markets are forced to move to adopt a negative interest rate policy, so really hurt money market funds could possibly trigger an exit from those money market funds, which would be extremely destabilizing for the financial markets," he added.

According to a report by California-based investment firm Pimco, a negative interest rate policy can do more harm than good:

It tends to depress the profitability of banks and impairs the banking system. Using negative rates means banks start earning less return on their assets and have to pay to lend. As profits decline, banks may issue fewer loans to businesses and households, or raise the interest rate they charge for those loans, which in turn weighs on economic growth.

In addition, negative rates create significant challenges for other parts of the financial system including the pension and insurance sectors, which offer nominal returns and minimum income guarantees in the future, but that is hard to deliver when interest rates are negative, as they don't generate enough yield.

Moreover, negative nominal rates may lead to more, not less, savings because of "money illusion." Economists referred to the concept when people have a tendency to view their wealth and income in nominal dollar terms, rather than recognize its real value, adjusted for inflation. While "money illusion" may hold for rate cuts in a positive rate environment too, the effects are likely magnified under the zero line.

Will negative interest rates ben ween in the U.S.?

U.S. President Donald Trump hailed negative rates, calling them a "gift" in a Twitter post. His push for rates below zero excited some people who believe it will be a boost for the staggering U.S. economy, which is facing skyrocketing unemployment and plunging spending due to the COVID-19 pandemic.

Innes thinks with sufficient ammunition left in its policy chest, the U.S. can just continue to print money in this environment, supporting the dead loans, in other words, going deeper into QE (quantitative easing).

"I think the United States, it is actually quite necessary for them to adopt whatever they have got. Six months ago it was not necessary, because the economy was pretty strong, but no one, I mean actually no one, actually expected the United States would be like what we are seeing today under the pressure of the coronavirus," Chen said.

The United States will not adopt negative rates in the short term, said Hu Yifan, regional CIO and chief China economist at UBS Wealth Management. "I think for the Fed, it will more aggressively purchase assets in the market."

In a recent interview with "60 Minutes" on CBS, Fed Chairman Jerome Powell reiterated his view of following other central banks in forcing rates into negative territory. "Negative interest rates is probably not an appropriate or useful policy for us here in the United States," he said. 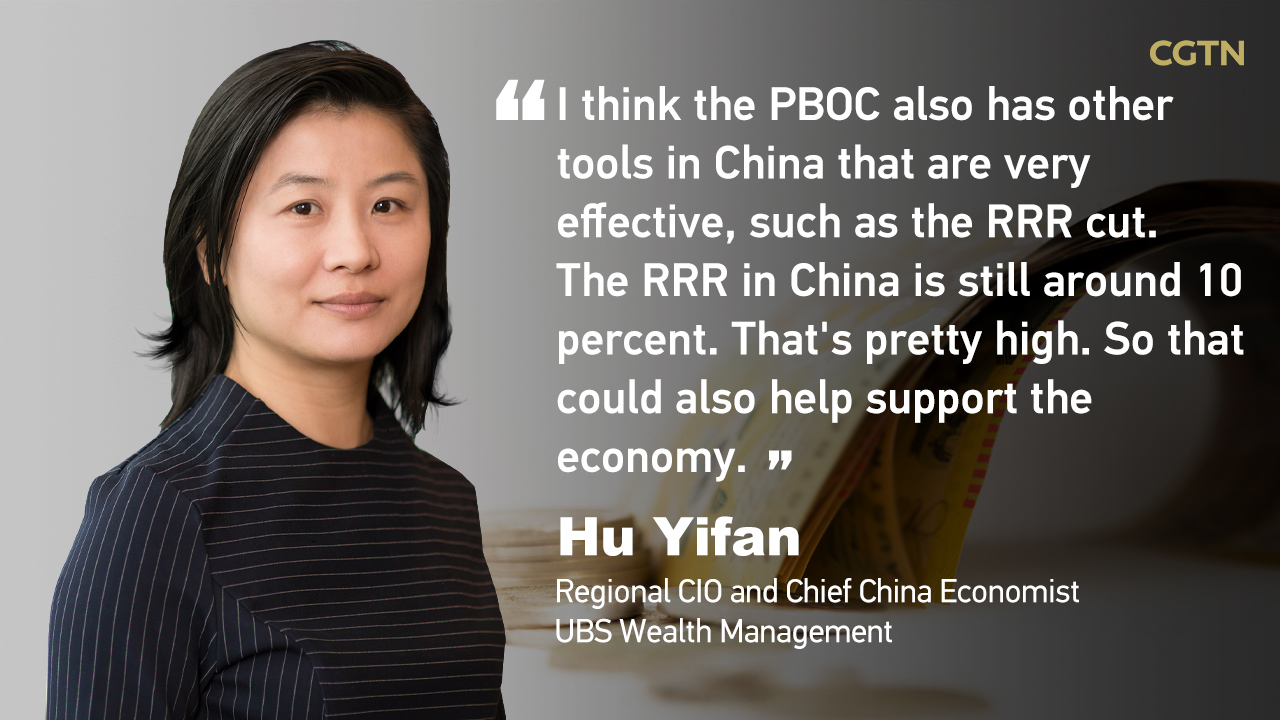 Not necessary for China to enter negative territory

"It is not necessary for China to do that. When the economy is actually back on line, you actually reserve the bullets for the next economic crisis. The PMI is rising above 50. People are confident about the economy. It is not necessary at all for the PBOC [People's Bank of China] to do anything that the Fed should be doing right now," said Chen.

Hu echoed Chen's thought, saying the PBOC also has other tools in China that are very effective, such as the RRR [reserve requirement ratio] cut. She also mentioned China's recent lending facility of 400 billion yuan for SMEs. "They're actually benefiting from that, because they're picking up a lot of capital inflows and their economy rebounded quite quickly," she said.

"The bond markets are doing very well, they do not have to panic by reducing interest rates dramatically," Innes said. "Global markets are very much mapping to China's policies right now." 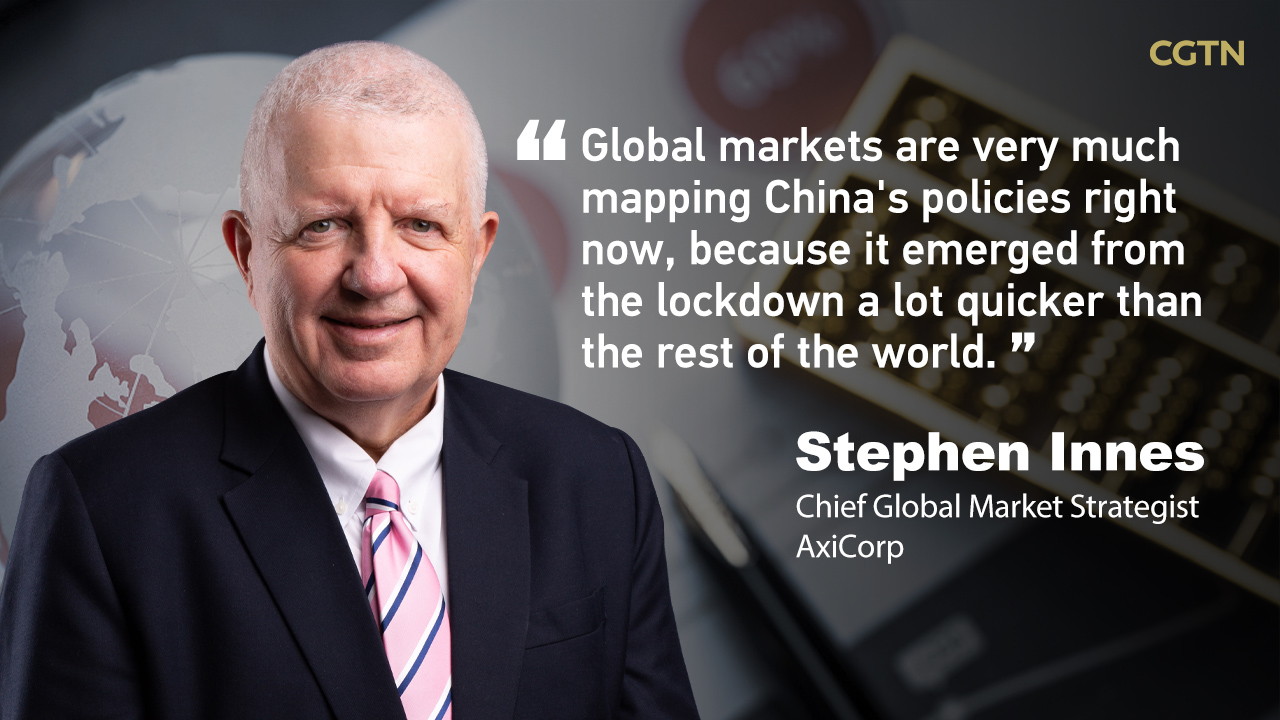