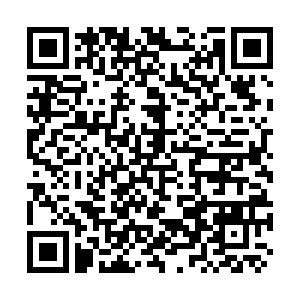 The Institute of Quality Standard and Testing Technology for Argo-Products of the Chinese Academy of Agricultural Sciences (CAAS) announced on Monday that its leading team had achieved new breakthroughs in rapid detection of agricultural pollutants through years of research and development. By taking pictures via WeChat mini program, one can complete the detecting process of multiple chemical pesticide residues in five minutes with the results directly displayed on the mobile phone and the data uploaded and shared in real time.

Pesticide residue in agricultural products, especially fruits and vegetables, have long been the scientific focus of countries. A report published by the World Health Organization (WHO) in February 2018 concluded that more than 1,000 kinds of pesticides used around the world to ensure food was "not damaged or destroyed by pests," but each pesticide has various toxicological properties or effects.

The technology developed by the CASS enables a rapid detection method for pesticide multi-residues based on immunochromatographic test strips and artificial intelligence image recognition algorithms. It can simultaneously integrate pesticide residue immunoassay, image recognition, artificial intelligence, big data and the Internet of Things (IoT) communications, which contributed to a new time breakthrough. 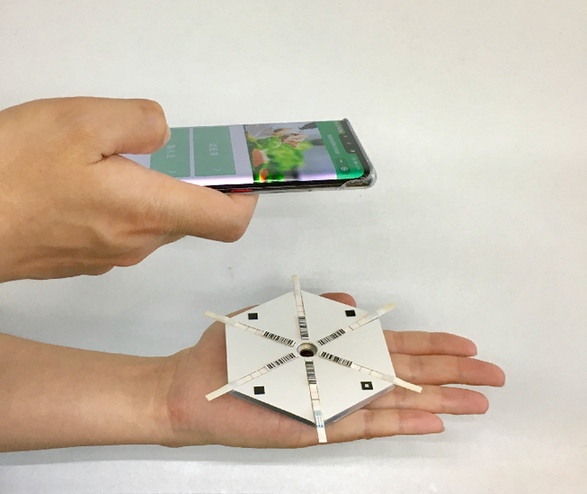 One can use a mobile phone to take photos of the test strips for immediate results. /Xinhua

One can use a mobile phone to take photos of the test strips for immediate results. /Xinhua

Wang Jing, leader of the research team engaged mainly in agricultural product quality and safety testing technology and product development, pointed out that the fast detection speed, simultaneous detection of multiple targets, high degree of intelligence, convenient data collection and good system compatibility all make it a highly sought-after technology. Such tools are suitable for rapid screening by government supervision as well as for enterprises and consumers' self-inspection.

"What we launched is a test package, which includes test strips and a multi-channel small tray with test strips. To detect six pesticide residues, there are six to eight channels available on the tray," explained Wang. "Consumers can download our WeChat app when using it and to take photos of the test strip as soon as the color appears on it." For consumers, only positive or negative are displayed on the mobile phone while for the government and enterprises an additional item is required, which is to show whether the standard is exceeded or not according to the residue limit.

At present, the team has developed colloidal gold paper strips for rapid tests of pesticides including imidacloprid, carbofuran, tebuconazole, acetamiprid, procymidone, chlorpyrifos, carbendazim. It also adopted barcodes to identify each test strip, standardized the processing parameters of test paper strips, and developed a multi-channel test strip mounting platform that can be used for image recognition, of which the latter two have been patented.

The processing parameters of test paper strips standardized by Wang's team are granted with patent. /thepaper.cn

The processing parameters of test paper strips standardized by Wang's team are granted with patent. /thepaper.cn

The test can be applied on all mainstream brand smartphones on the market, with an accuracy echoing the professional test strip card reader. The overall system has been applied to the actual test and copyright registration on the national level are also achieved.